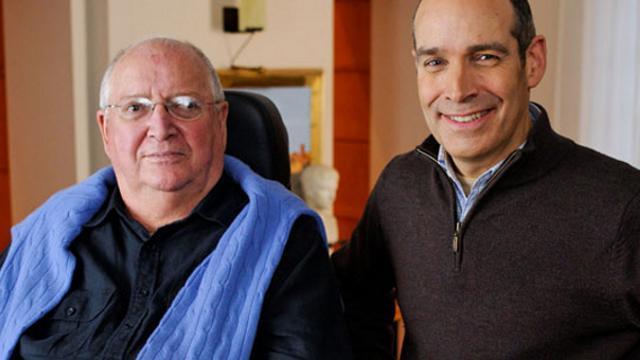 WITOLD RZYBCYNSKI | Both classicist and modernist

To view this site, you need to have Flash Player 9.0.115 or later installed. Click here to get the latest Flash player.

WTTW has produced public service announcements to help people recognize that the dropout crisis is a societal problem and to bring awareness of the resources available for individuals struggling to keep teens focused on their education and to adults who want to be part of the solution.

Released March 2012 - PSA: The social and economic ramifications of a high dropout rate are revealed, reminding us that this is everyones problem. Facts are based on a report released in December 2011 by the Center for Labor Market Studies, Northeastern University.

In partnership with Free Spirit Media, a non-profit youth media organization working with high school students in Chicago, WTTW has provided guidance and consultation on the production of public service announcements encouraging their peers to stay in school. In addition, several teens in this program participated in the PBS NewsHour Student Reporting Labs, resulting in video reports with a youth perspective on the issues of the dropout crisis.

Released November 2011 - PSA: "See Yourself in a Different Light"

Public media institutions across the country have produced programming to raise awareness of the low graduation rates, the problems it creates, and examined the potential solutions.

FRONTLINE: Dropout Nation
Documentarians take a look at states that have the lowest rate of graduation in the country and examine the programs in place to prevent future dropouts.

FRONTLINE: Middle School Moment
Dr. Robert Balfanz, a researcher from Johns Hopkins University uncovered a series of indicators that he says can predict how likely a student is to drop out of high school if effective intervention is not used in Middle School. Watch Omarinas story.

Too Important To Fail
A Tavis Smiley PBS documentary looks at how the dropout crisis affects African American males, and what some communities are doing about it.

WBEZ Radio (91.5 FM)
WBEZ, Chicagos NPR station, highlights the dropout crisis, demonstrating the struggles and successes that some of Chicagos toughest schools are having trying to improve graduation rates.

Thanks to our funder and partners: