Daniel J. Schmidt To Retire as President & CEO of Window to the World Communications, Inc.

Daniel J. Schmidt To Retire as President & CEO of Window to the World Communications, Inc.

Window To The World Communications, Inc., parent organization of WTTW and WFMT, announced today that Daniel J. Schmidt will retire as chief executive officer and president on December 31, 2017.

Schmidt joined the organization in August of 1991 as senior vice president of WFMT and The Radio Network, and was later appointed president and CEO of Window To The World Communications, Inc. in July 1998. For 26 years, Schmidt has led the organization’s strategic growth, solidifying its place as one of the most respected PBS member stations and revered classical music services in the country.

“Dan has skillfully and passionately steered WTTW and WFMT to significant success during his tenure. His sharp understanding of the rapidly changing media landscape has been instrumental to the organization’s strength and evolution,” said James Mabie, WWCI Board Chair. 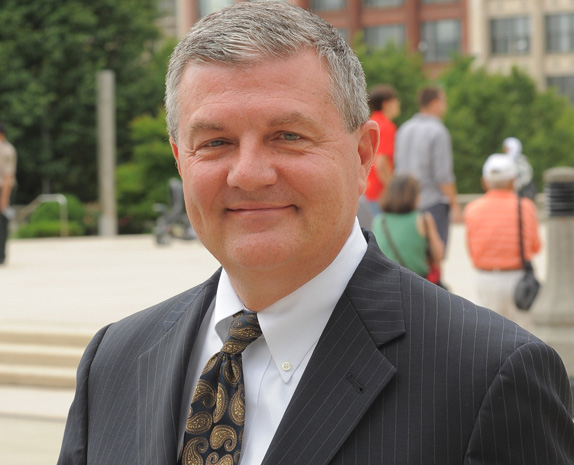 Schmidt began his career in the broadcasting industry at WHA Television and Radio in Madison, Wisconsin in 1977. From 1979 to 1991, Schmidt held a variety of management positions at Minnesota Public Radio, including general manager of a five-station group. Upon arriving at WFMT, he developed an innovative non-profit/commercial hybrid business model; launched a national mainstream jazz radio format service; and expanded the WFMT Radio Network’s program distribution to international venues. Since assuming his role as President and CEO of WTTW and WFMT, Schmidt led the digital transition and formation of WWCI’s digital broadcasting operations center; spearheaded a successful $50 million capital campaign; secured $47 million from the U.S. Department of Education to launch WTTW’s entry into the PBS “Ready to Learn” initiative; and directed a significant increase in local and nation television and digital content production securing the organization’s place in public media’s formidable content distribution pipeline.

“I cannot imagine a greater privilege than leading WTTW and WFMT during a time of tremendous change and opportunity,” said Dan Schmidt. “I believe now more than ever in the essential role public media plays in serving the educational, informational, and cultural needs and expectations of our community. Today, our powerful brands are poised for the future, and I look forward to supporting WWCI and its new leader in the coming years.”

Schmidt has served on the boards of the U.S. Committee for UNICEF, American Public Television (APT), the Digital Convergence Alliance, Inc., the Chicago International Film Festival, and the Chicago Council on Global Affairs. He is past chairman of the Public Television Major Market Group LLC and the Illinois Arts Alliance, and served on the Public Television Affinity Group Coalition. He also served as a consultant for Chamber Music America and member of the Radio Broadcasters of Chicagoland. Most recently, Schmidt was named an Arthur Vining Davis Foundation Fellow for the 2017 Aspen Ideas Festival. In his retirement, he will continue his enthusiastic endeavors in boating and scuba diving, and spending time with his wife, three children, and four grandchildren.

WWCI Board Chairman James Mabie has appointed a committee of Trustees to oversee the search process for the next president and CEO of the organization.

About WWCI, Inc.
Window To The World Communications, Inc. is the parent organization of WTTW and WFMT. WTTW is the primary PBS member station in Chicago, committed to creating and presenting unique television and digital media content across distinct television and digital channels – WTTW11, WTTW Prime, WTTW Create/WTTW World, WTTW PBS Kids 24/7, and wttw.com. Recognized for award-winning local and national productions such as Chicago Tonight, Check, Please!, and 10 That Changed America, WTTW presents the very best in public affairs, arts and culture, nature and science, history and documentary, and children’s public media content. WFMT is one of the country’s most respected classical music radio services, showcasing superlative programs, concerts, and live events across broadcast and digital platforms. The WFMT Radio Network is a leading creator and distributor of audio programs about arts and culture that are made available to radio stations and other platforms around the world including Exploring Music with Bill McLaughlin and the Beethoven Network.