Ravinia: “The Only Railway Station with a Resident Orchestra” | Beyond Chicago from the Air 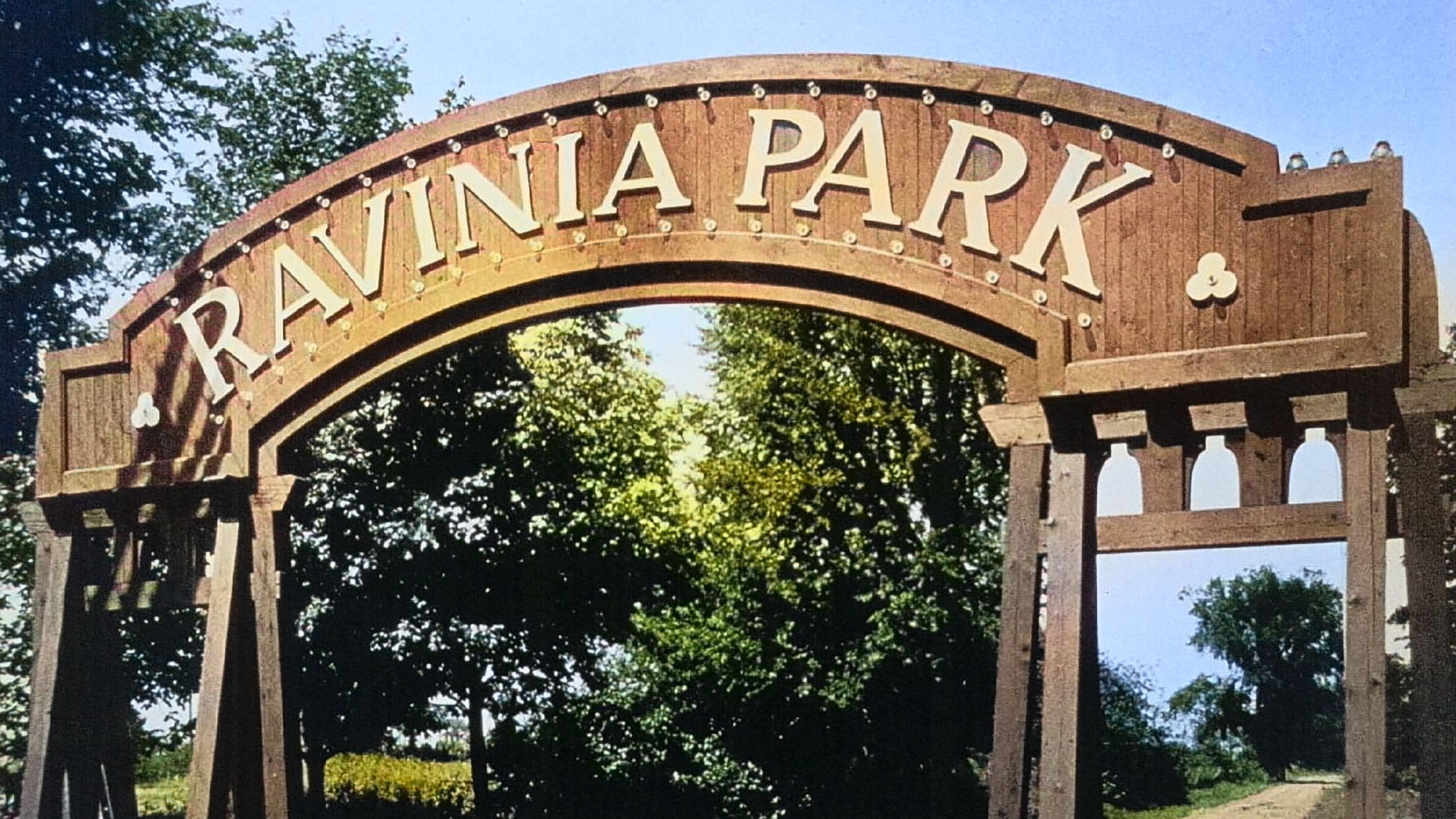 Ravinia: “The Only Railway Station with a Resident Orchestra”

Nineteenth-century American cities, including the rapidly growing and industrializing Chicago,  were crowded, dirty places with little green space. So why wouldn’t you want to hop on a train to escape it all for a day and enjoy some entertainment in a beautiful setting surrounded by nature?

“If you care anything for good music and derive any pleasure from being amid beautiful, out of doors surroundings, make a journey to Ravinia park,” said an effusive Chicago Tribune critic. “The evening or afternoon spent in the quiet of the lovely park will do good to your city tired spirits.” 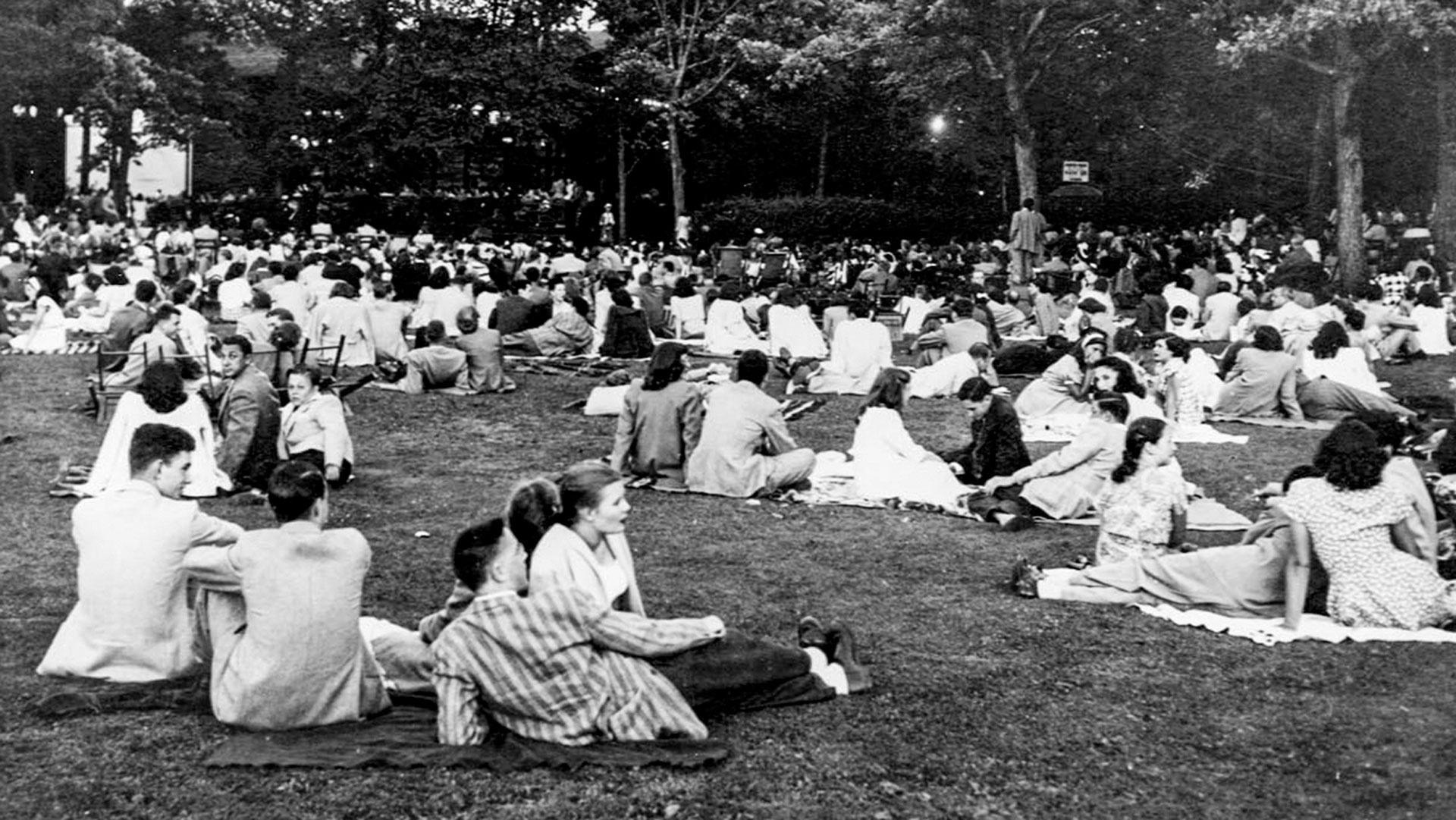 A railroad company was behind the creation of a popular North Shore entertainment and music venue. Uncover the early history of the park.

He was writing in 1905 on the occasion of the first orchestral performance at Ravinia; the New York Symphony Orchestra performed under conductor Walter Damrosch. But the north suburban park had opened not as the concert venues it is today, but as “the highest class amusement park in the west,” according to advertisements. The park featured a casino and dance hall, baseball stadiums, a theater, a music pavilion, and an electric swing.

The A. C. Frost Company had established the North Shore park in 1904 in order to promote their Chicago and Milwaukee Electric Railroad: if you wanted to enjoy the attractions of Ravinia, you had to take the Chicago and Milwaukee if you did not have a car. At the time, architects and planners such as Daniel Burnham were calling for parks and forest preserves to be maintained throughout urban areas to provide moral uplift and relief from the stresses of urban life.

To draw the middle-class customers who might patronize their trains, the Frost Company made sure to provide varied entertainment at Ravinia. “Equipped with every facility for attracting people of taste and fashion,” trumpeted a 1906 advertisement.

Ravinia was once home to fully staged operas. Photo: Courtesy of Ravinia Festival

In 1904, the A. C. Frost Company created Ravinia to promote their Chicago and Milwaukee Electric Railroad. Photo: Courtesy of Ravinia Festival

One of the early attractions at Ravinia was a baseball park. Photo: Courtesy of Ravinia Festival

The lawn at Ravinia Park, pictured here in 1940. Photo: Courtesy of Ravinia Festival

An important aspect of that was music. Months after the New York Symphony played at Ravinia, the Chicago Symphony Orchestra (CSO)—then known as the Theodore Thomas Orchestra after its founder—debuted there under music director Frederick Stock in November 1905. When the railroad went broke several years after the opening of Ravinia, a Chicago businessman named Louis Eckstein organized a group of patrons to buy the park and increase its focus on music.

Eckstein introduced fully staged operas to Ravinia, choreographed by the idiosyncratic Ruth Page. He was devoted to his pet project; when the Great Depression devastated the economy, he personally covered the park’s debt. “Some people have a yacht,” he said. “I have Ravinia.”

But it wasn’t enough. In 1931, the Ravinia Company went bankrupt and closed. Eckstein died four years later—less than a year before the park was reopened as the Ravinia Festival in 1936. Eckstein’s widow donated the land, and the CSO inaugurated the festival on July 3 under conductor Ernest Ansermet. Ravinia would become the orchestra’s official summer home. 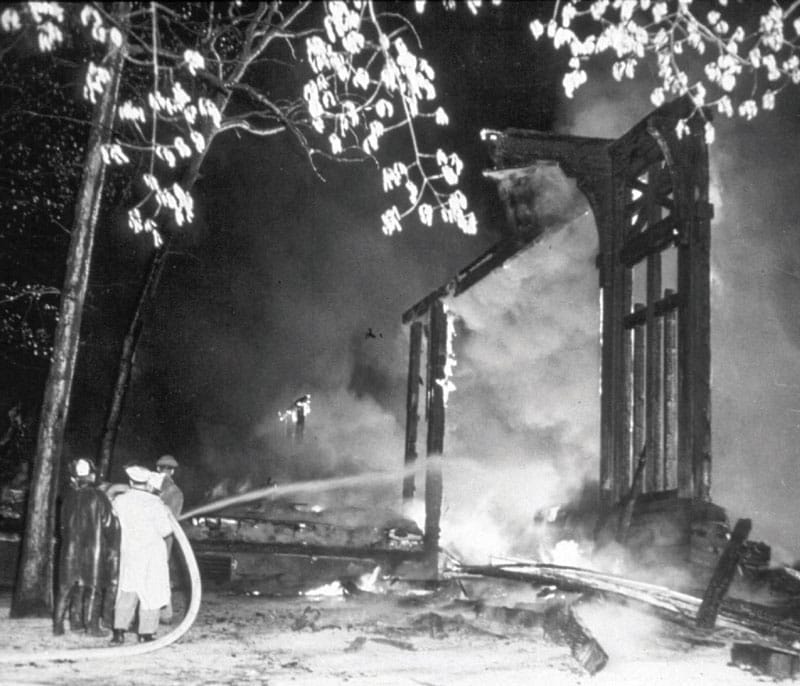 In 1949, a fire destroyed the original pavilion at Ravinia. Photo: Courtesy of Ravinia Festival

It was a boom era for outdoor classical music. The Grant Park Music Festival had begun in downtown Chicago the previous year and also featured the CSO. The Boston Symphony Orchestra had just begun playing during the summer in the Berkshires and would move to the legendary Tanglewood the following year. The Los Angeles Philharmonic, meanwhile, had been performing at the Hollywood Bowl since 1922.

But the Ravinia Festival would again face disaster, when the original music pavilion burned down before the season began in 1949. Concerts went on that year in a tent designed for B-29 airplanes, and a new pavilion was constructed the following year.

Jazz would soon come to Ravinia, as well—among others, the Dave Brubeck quartet performed in 1955 and Louis Armstrong in 1956—and popular music would follow. By 1963, the festival boasted a line-up that featured Duke Ellington, Ella Fitzgerald, Joan Baez, and Igor Stravinsky in addition to the New York City Ballet.

That was the final year in the tenure of the first artistic director, the CSO’s associate conductor Walter Hendl. He was followed by a number of distinguished musicians: Seiji Ozawa, Christoph Eschenbach, James Conlon, Marin Alsop. (Eschenbach debuted at Ravinia as a piano soloist in 1973 under the direction of the CSO’s current music director Riccardo Muti, who was making his own debut with the orchestra.) The disgraced conductor James Levine had a long association with Ravinia. Decades later, he was accused of sexual abuse at Ravinia during his tenure as artistic director, and the festival severed all ties. 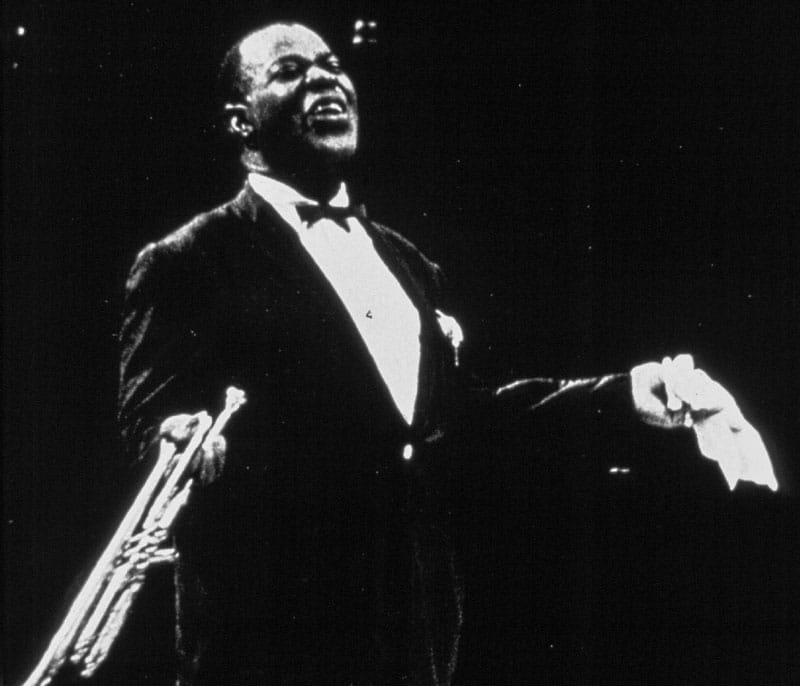 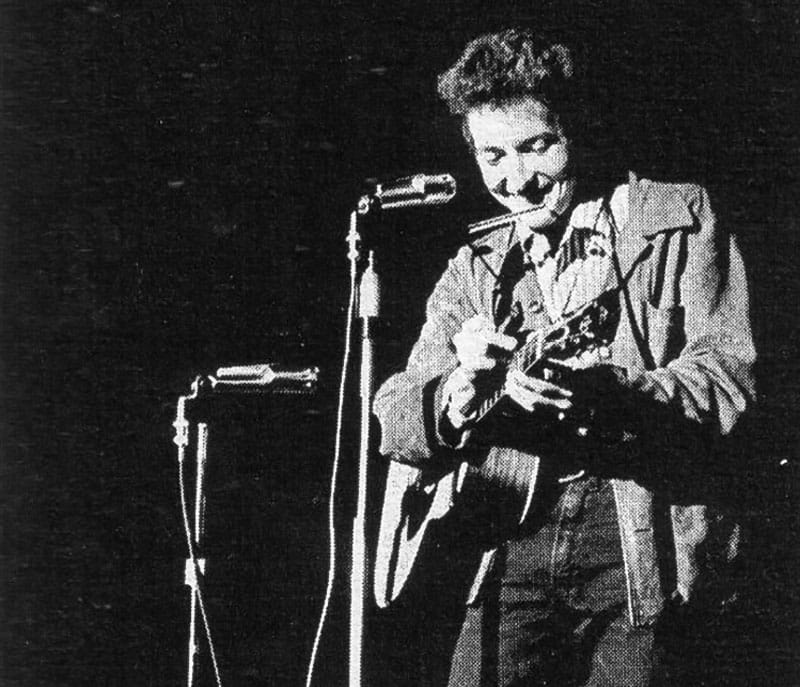 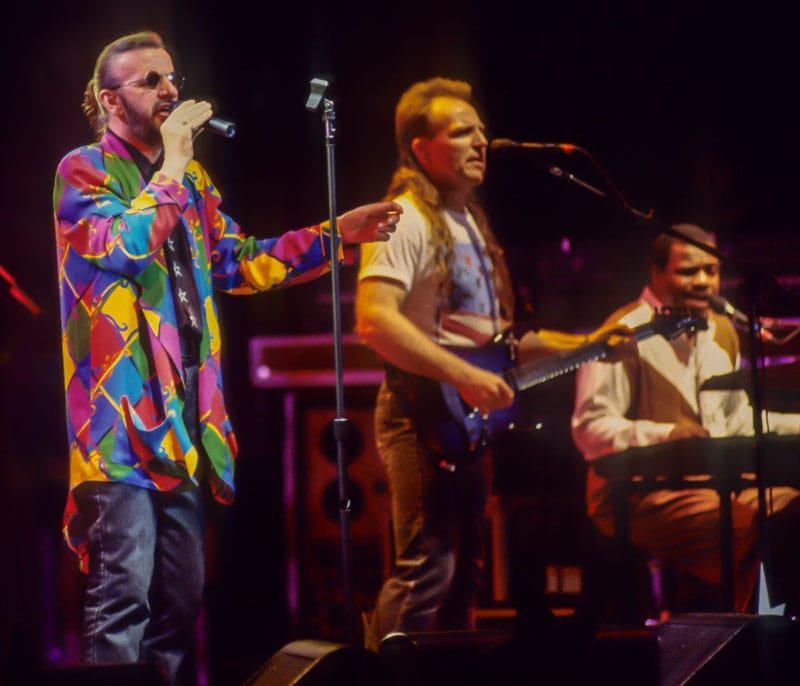 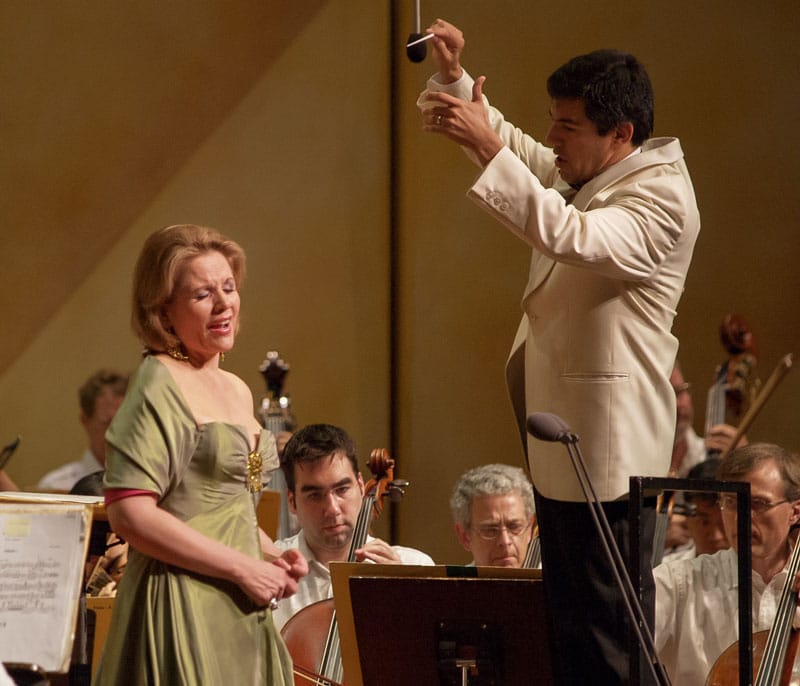 These days, Ravinia presents music of all sorts. In addition to the requisite CSO and chamber music concerts, the 2021 season included Ms. Lauryn Hill, Ben Folds, Train, Lady A, Gladys Knight, Willie Nelson, and The Beach Boys. Audiences still spread out across the concert pavilion’s adjoining lawn to picnic and enjoy the performance via a sound system and large video screen.

Elsewhere on the grounds, Bennett Gordon Hall hosts small concerts and Ravinia’s pre-professional conservatory program, the Steans Music Institute, while the Martin Theatre is used for larger indoor concerts. The Martin, an Arts-and-Crafts-meets-Spanish-style building with Prairie Style details designed by architect Peter Weber, is the only original building still standing from Ravinia’s days as an amusement park.

More than a century later, you can still travel to Ravinia by rail, and trains remain an integral part of the experience as they rumble past during concerts. As Thomas Beecham quipped when he conducted the CSO there in 1940, Ravinia is “the only railway station with a resident orchestra.”