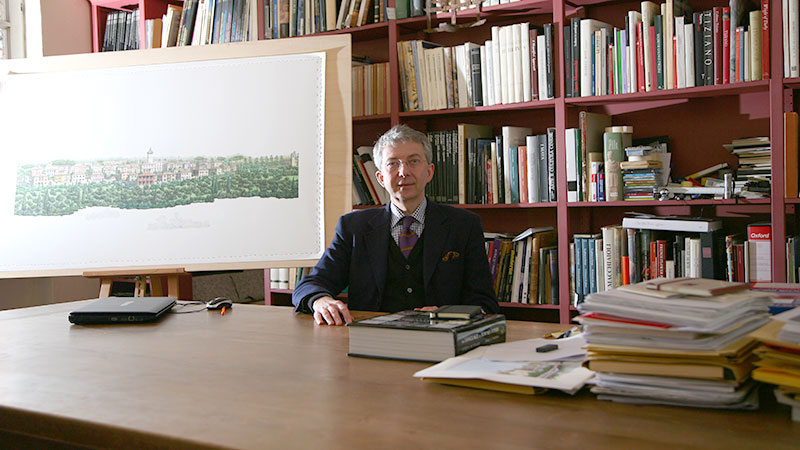 Architect Pier Carlo Bontempi was born in 1954 in Fornovo di Taro, a small town outside of Parma, Italy.

He studied architecture at the University of Florence. His practice today is known for elevating traditional architecture and urban planning, demonstrated in projects such as the Place de Toscane outside of Paris for Euro Disney.

He has been widely recognized for his achievements in classical architecture, including a 2008 Palladio Award; a Charter Award from the Congress for New Urbanism in 2001; and an invitation to deliver the John Burgee Annual Lecture at the University of Notre Dame in 2000.

Bontempi has taught at a number of institutions including the Architecture Faculty of Florence, the Ecole Speciale d'Architecture of Paris, the Staatliche Akademie der Bildende Künst Stuttgart, and the Prince of Wales Institute of Architecture in London.

Bontempi is the 2014 recipient of the Richard H. Driehaus Prize at the University of Notre Dame, awarded each year to an architect “whose work embodies the highest ideals of traditional and classical architecture in contemporary society, and creates a positive cultural, environmental, and artistic impact.”