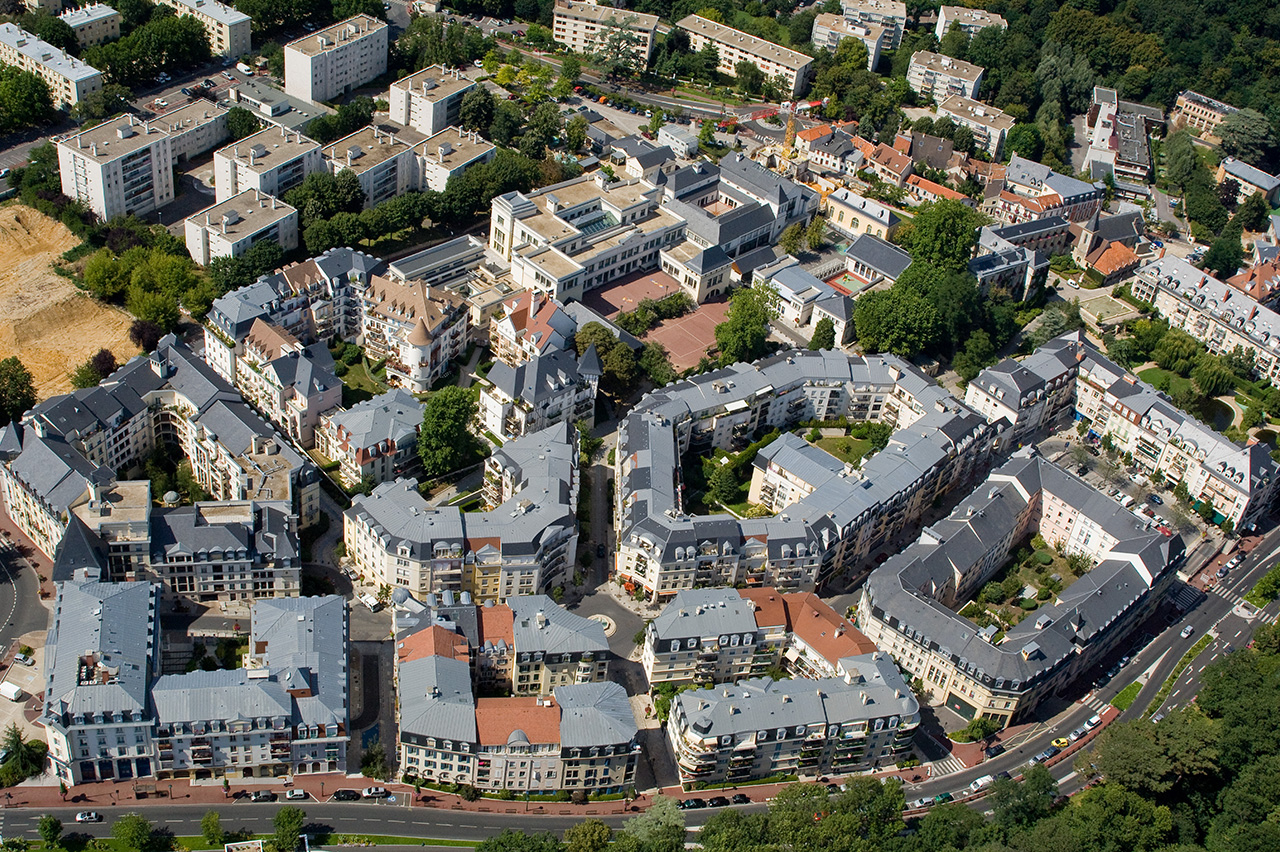 The residents of this Paris suburb, home to the French military police for decades, used to be so embarrassed by their run-down town that they would say they were from a neighboring suburb. Plessis-Robinson consisted of randomly scattered blocks of intimidating buildings that walled off streets. But the Breitmans transformed the suburb, building new housing, schools, and halls for sports and culture. Public squares were added; streets were redesigned. They even retrofitted the facades of the some of the older buildings, giving them attractive new faces. As is often true in the Breitmans’ work, social and private housing are mixed together. Early on in their work in Plessis, a newspaper named their redesign of the suburb the stupidest project of the year. The paper publicized the Breitmans’ work and the general public liked what they saw. And that, the Breitmans say, was the beginning of their success. 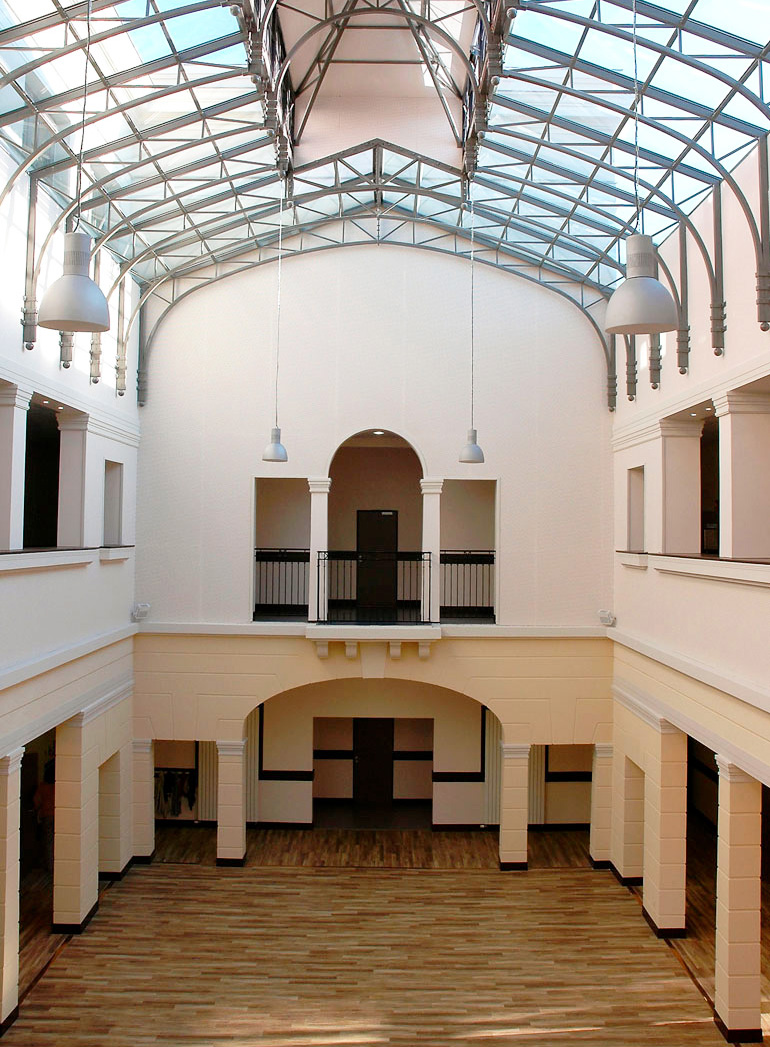 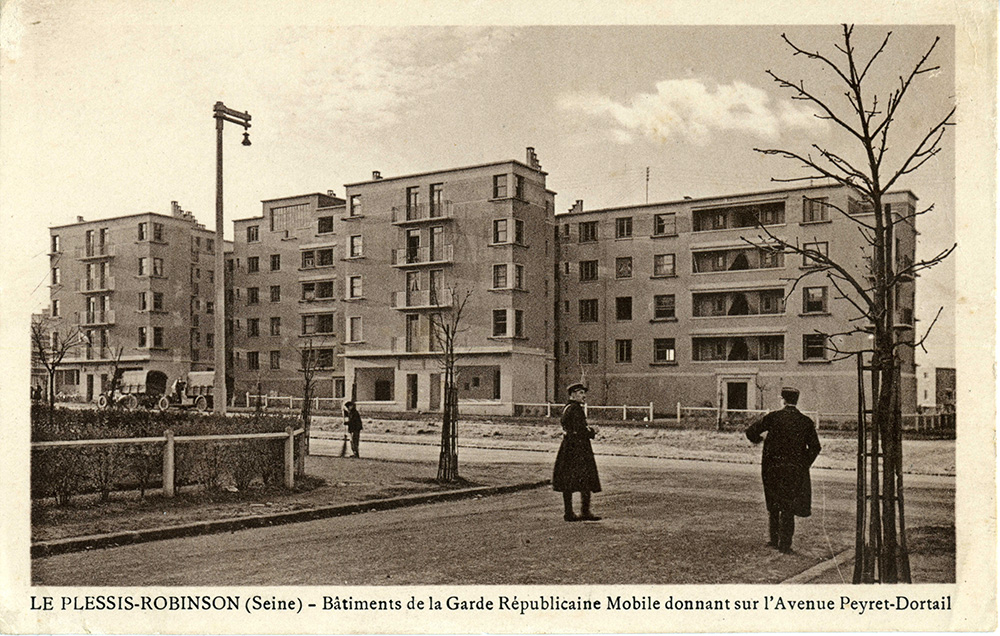 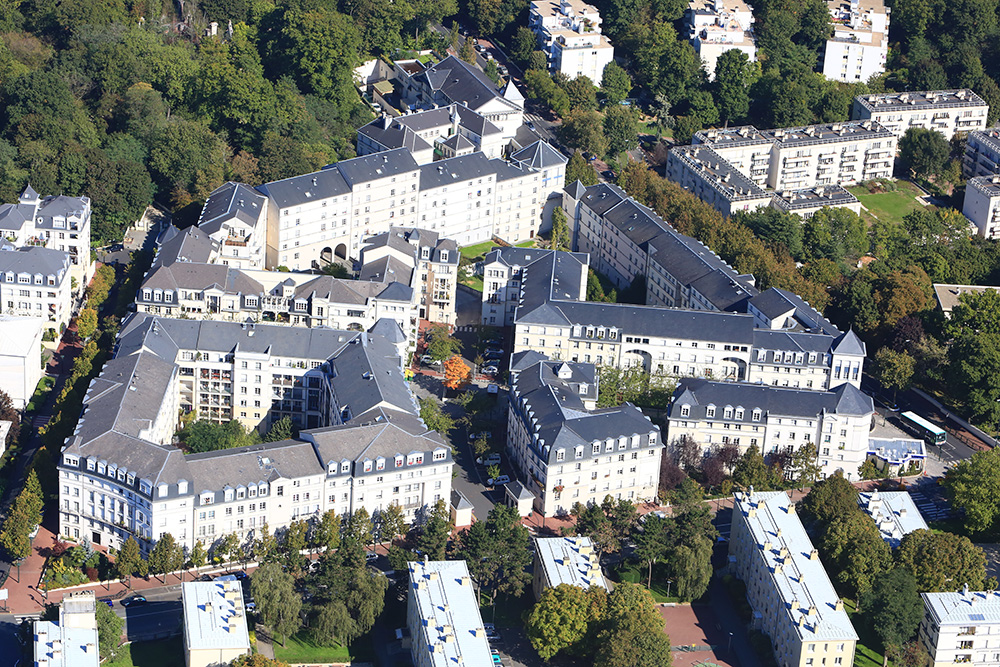 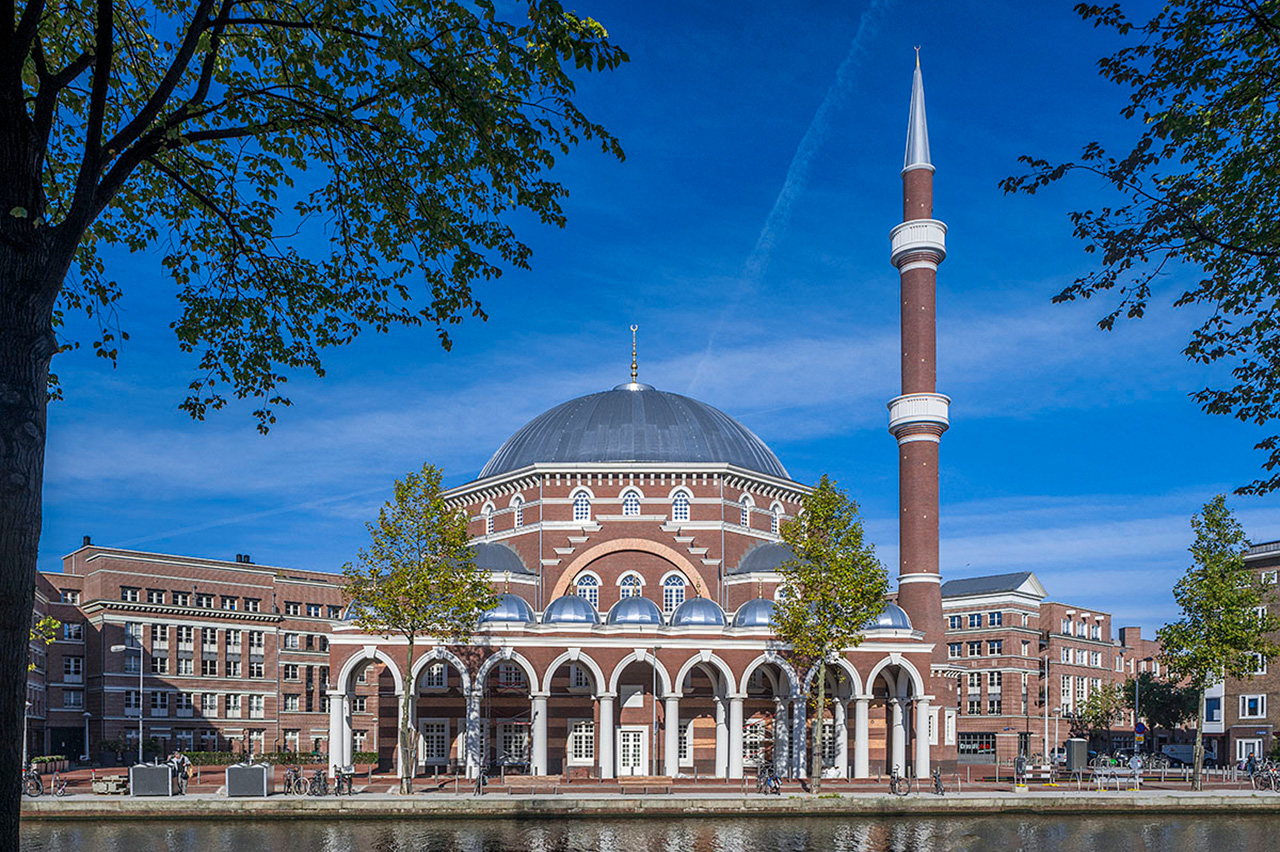 This project is unique amongst the Breitmans’ work. A Turkish group in Amsterdam wished to build an Islamic center on land that they owned along one of the city’s canals. After negotiations with the city, a plan was finally developed to include not just a mosque but also social housing. With their characteristic concern for the local setting of a building, the Breitmans incorporated the brick and wooden molding of traditional Amsterdam architecture and the style of Dutch architects such as Hendrik Petrus Berlage. But they also drew inspiration from the magnificent mosques of Mimar Sinan, a sixteenth-century Turkish architect often compared to his contemporary Michelangelo. The Breitmans’ design creates a new plaza in a dense area of Amsterdam, and includes a columned arcade to provide continuity with the canal. 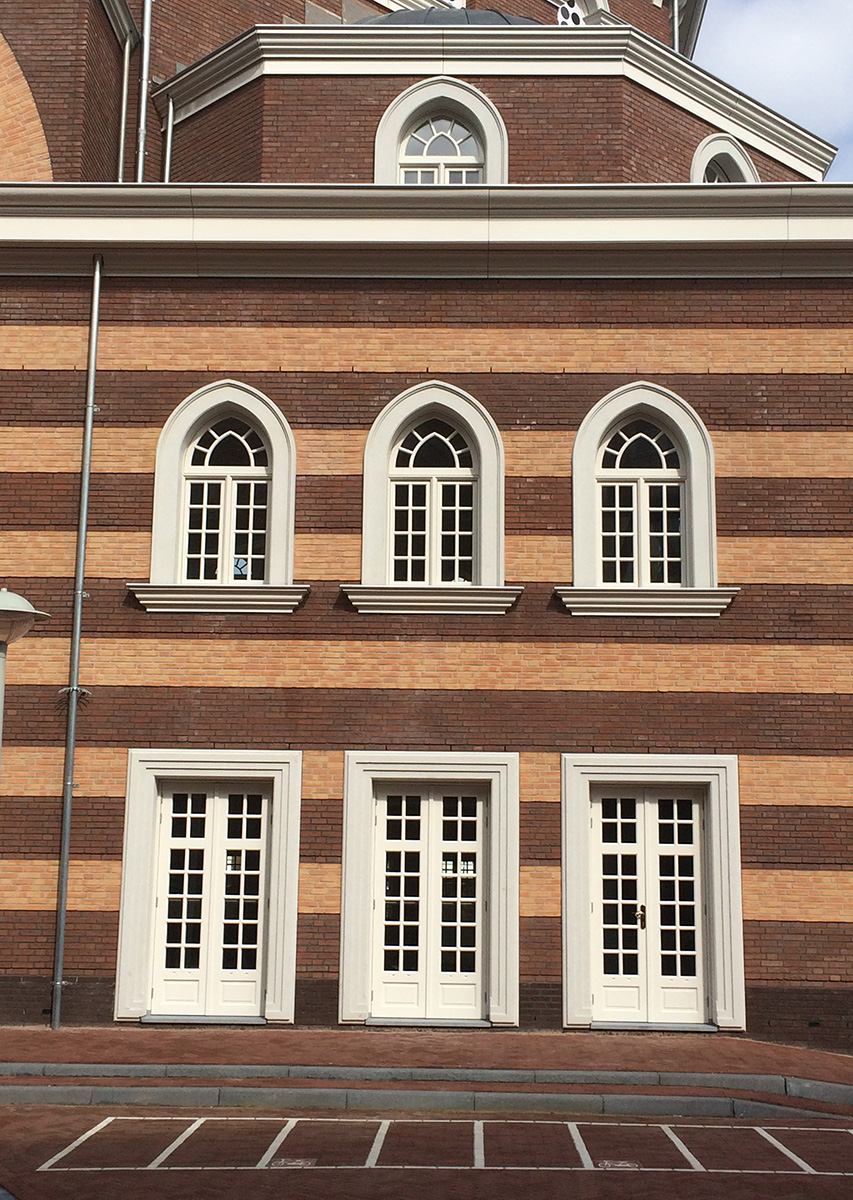 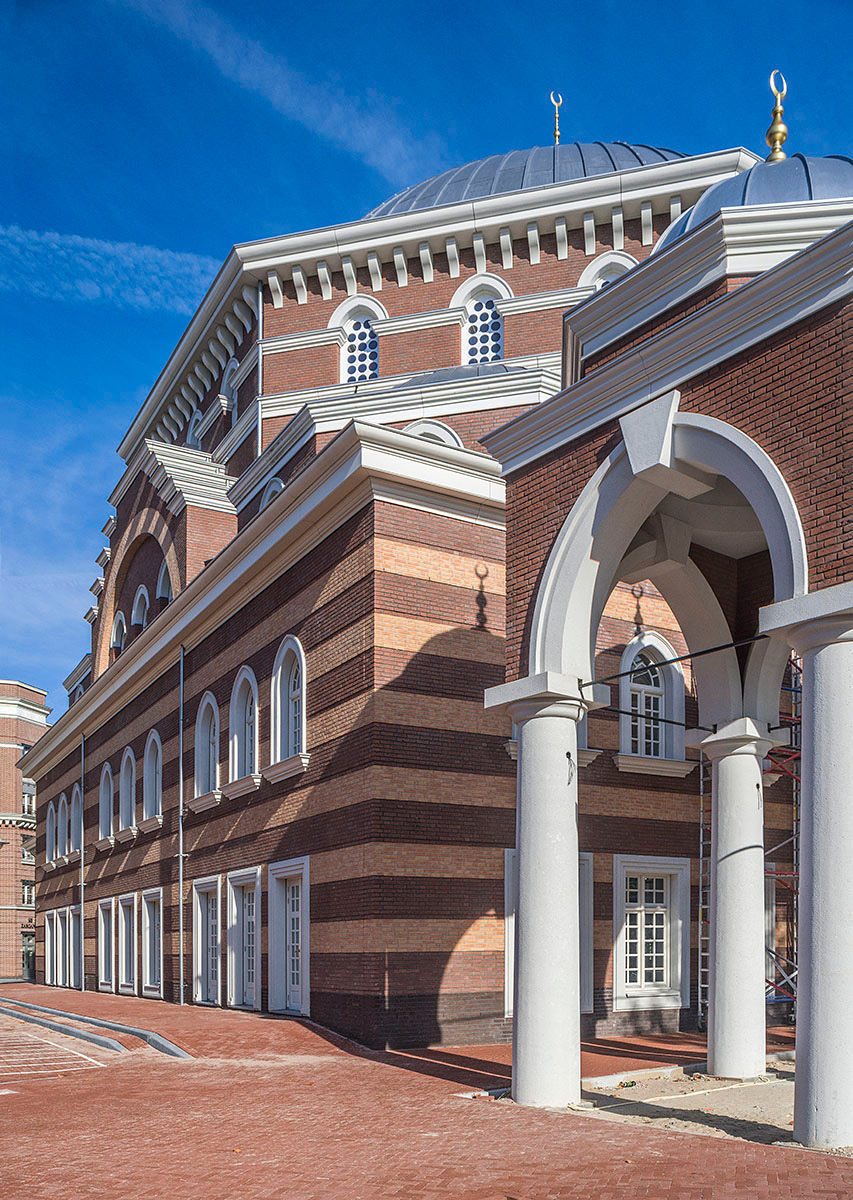 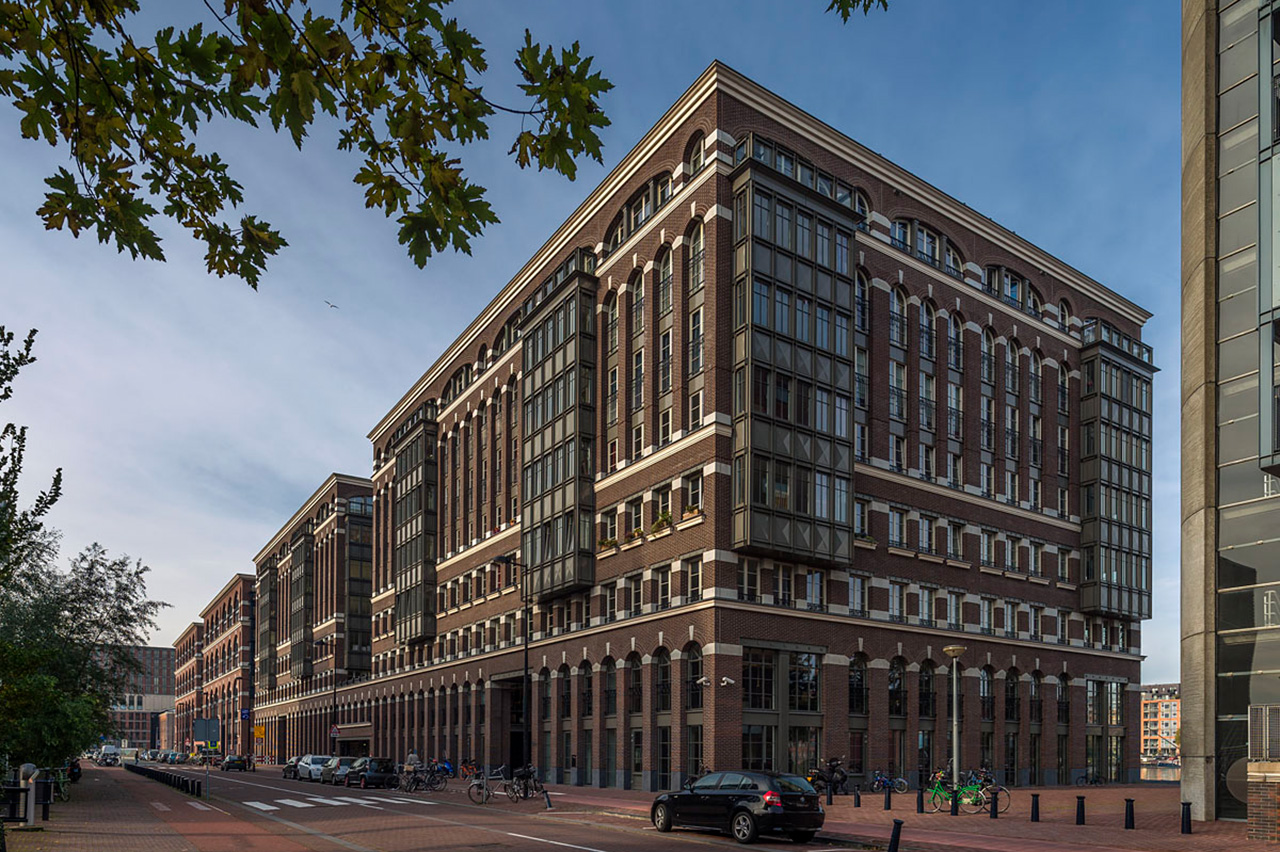 Where once there stood towering dock buildings along an Amsterdam canal, there now sit… towering dock buildings. Or at least they look like dock buildings. But these – one designed by the Breitmans, one by their friend and mentor Rob Krier – are full of residences rather than ship’s cargo and equipment, and have been cleverly designed to a human scale, despite their size. Arches and pilasters – attached columns – help shrink the buildings down from their imposing dimensions by creating the illusion that they contain fewer stories than they actually do. A recessed gallery in the middle of each likewise breaks up the large block. The two brick buildings, which stand side-by-side, take up the exact same square footage and complement each others’ design. 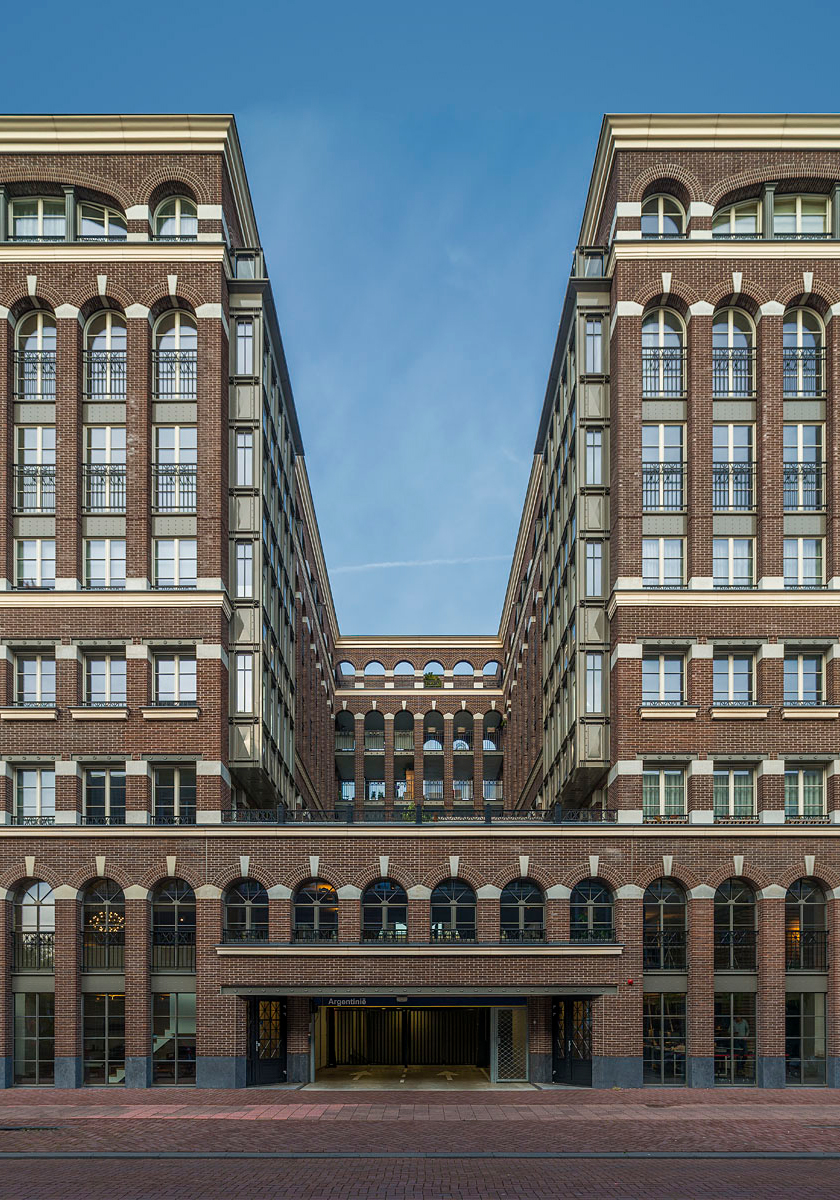 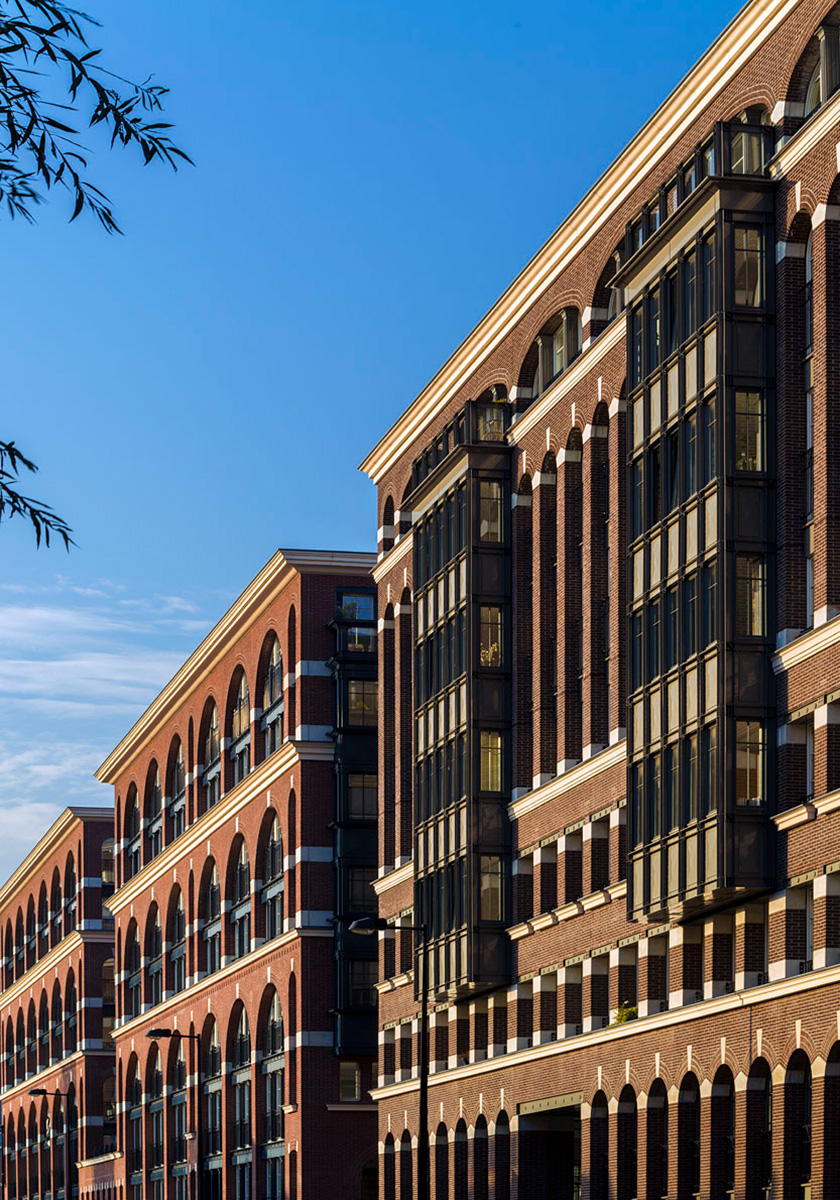 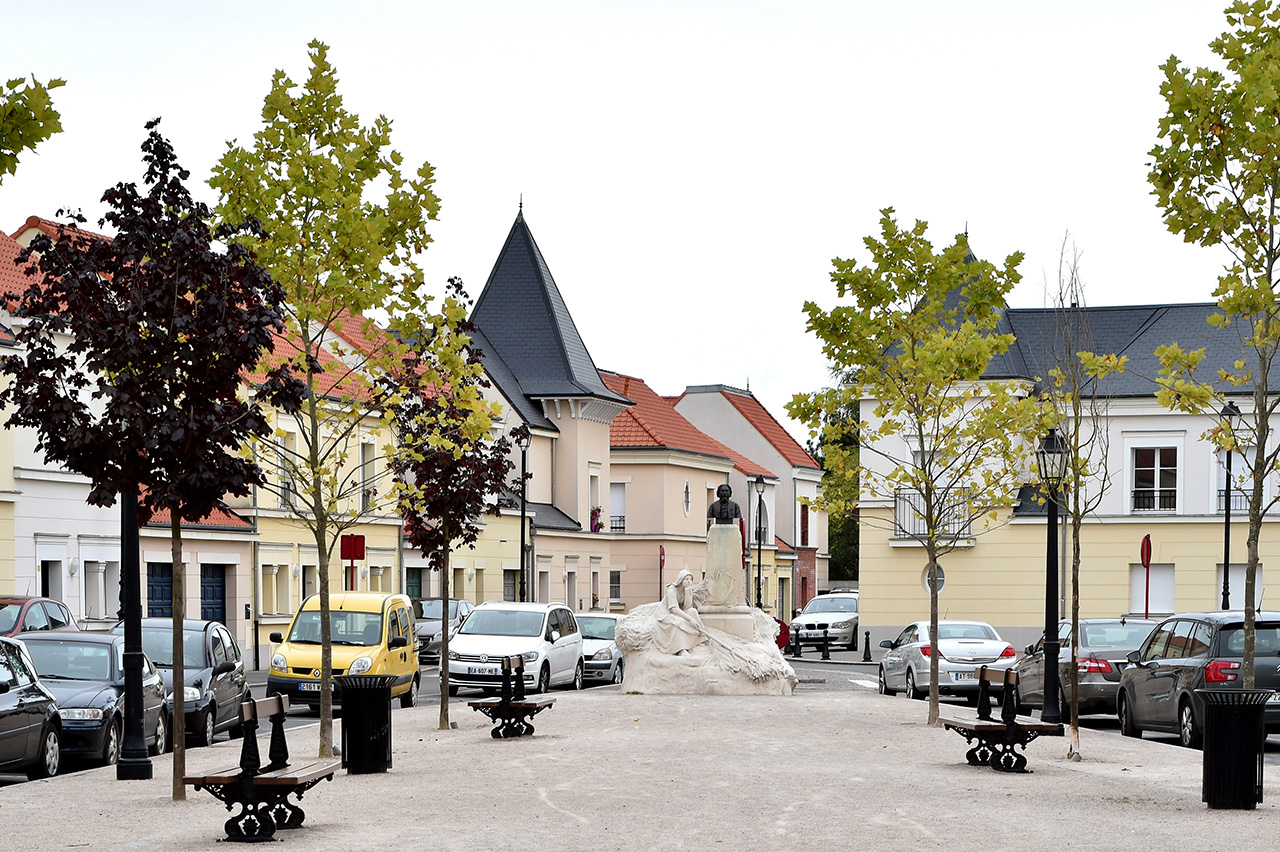 Much of the Breitmans’ career has been spent remodeling old mining towns and building new housing in the northern French region of Pas-de-Calais. From the nineteenth century, this coal-rich area fueled France’s industrialization; because of its important historical role, it is now a UNESCO World Heritage Site. The towns in Pas-de-Calais were built up by mining companies with one goal in mind: extraction of coal. Rows of tightly packed workers’ housing formed long, straight streets that led directly to the mines, where men toiled and often died young of sickness or catastrophic accidents.

But by the early 1990s most of the mines were shuttered, taking most jobs with them. In 2004, France ended its coal mining industry. Unemployment in the towns of Pas-de-Calais soared to as high as 50%. In an effort to transform the town of Bruay-la-Buissière into a viable post-mining community, the mayor commissioned the Breitmans to redesign it. “We needed to make our mining towns, which were just housing block after housing block, into real towns like towns anywhere else,” says Jean-Pierre Kucheida, an official in the region. “Life needed to continue here.”

So the Breitmans added squares and pedestrian ways to the town, cutting through the lines of housing and building new homes with varied details to break up the monotony. As always, they sought to build off the local heritage, incorporating their new designs into what already existed. Their restructuring of Bruay was so successful that other Pas-de-Calais mayors soon commissioned the Breitmans to do similar work for their towns. Since 1990, they have built 678 houses and apartments, a sport hall, and offices in the region, in ten separate towns. And they wrote a successful book about the historic housing of the area, called Les Maisons des Mines. 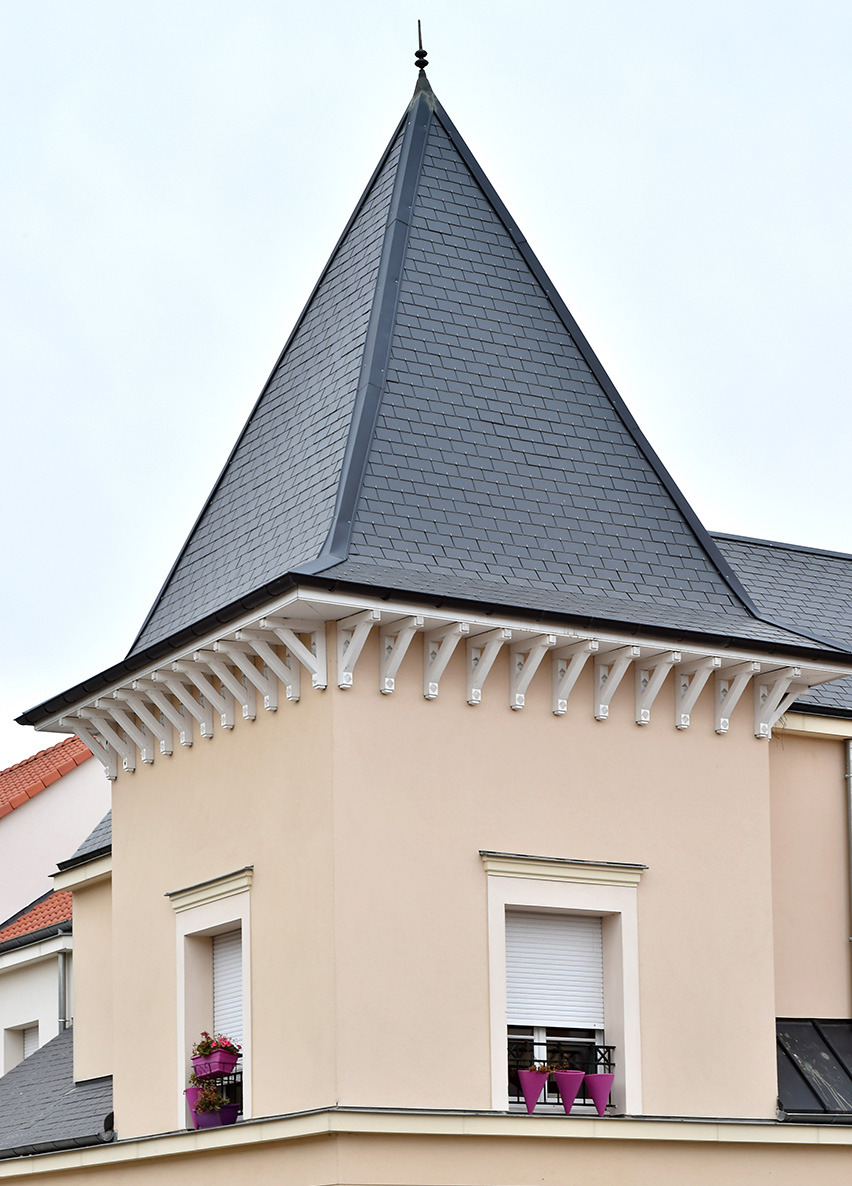 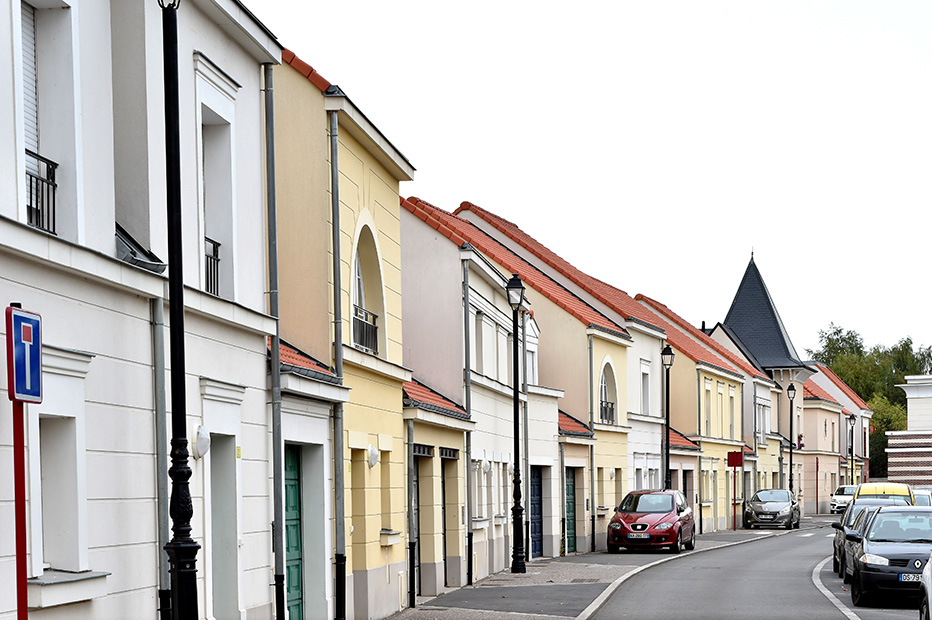 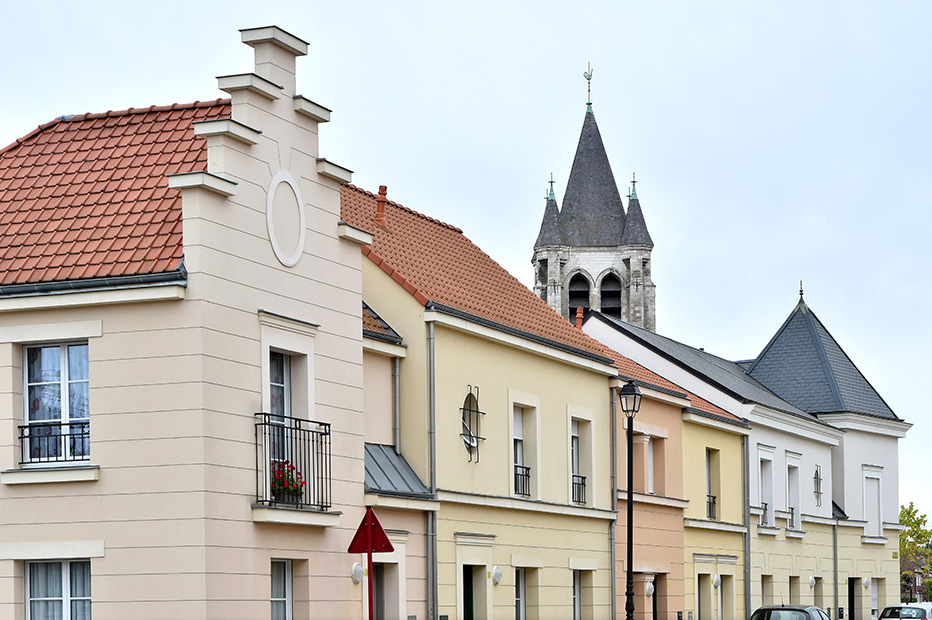 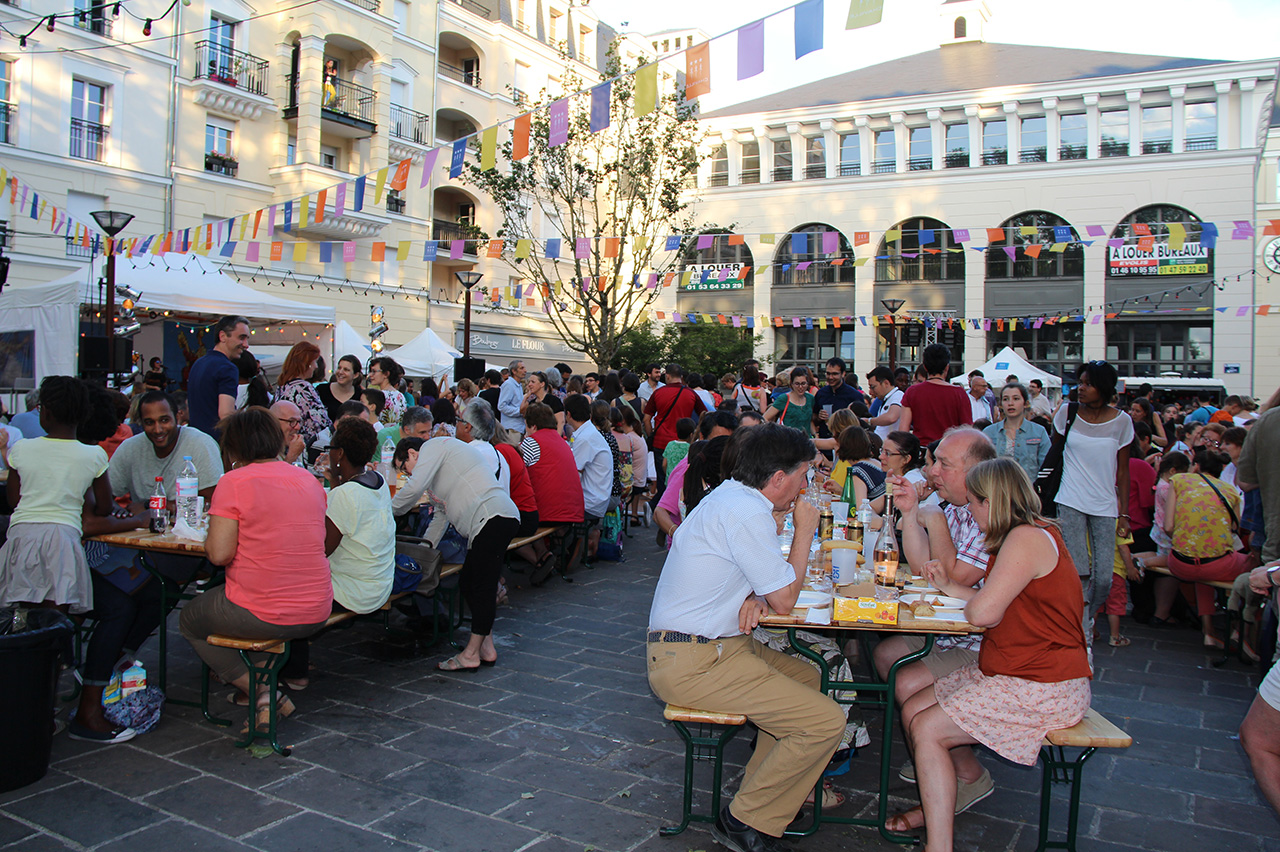 When you drive from Paris to Versailles, you pass through this suburb – but before the Breitmans redesigned the city center, you would never know it was a town at all. Where an old school once stood, the Breitmans designed a square that serves as the hub of the city. Around the open plaza they built mixed social and private housing complete with balconies in the form of loggia (a room with sides open to the outdoors), distinguishing different sections of the buildings with unique facades to provide a diverse front to the square. Commercial spaces line the square, while a covered market dominates one end; outdoor markets sometimes take place on the plaza itself. Underneath the plaza is a parking garage. Where once you might speed through Chaville without ever realizing you were there, now there is a vibrant and useful center to mark off the town. 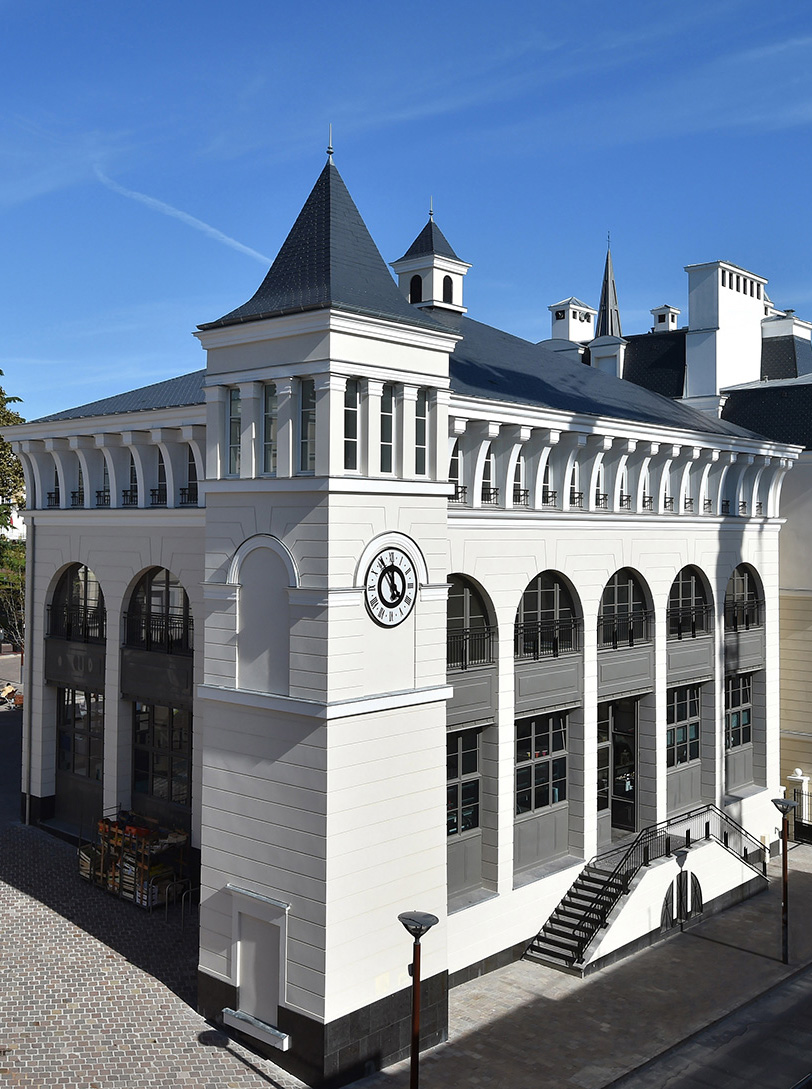 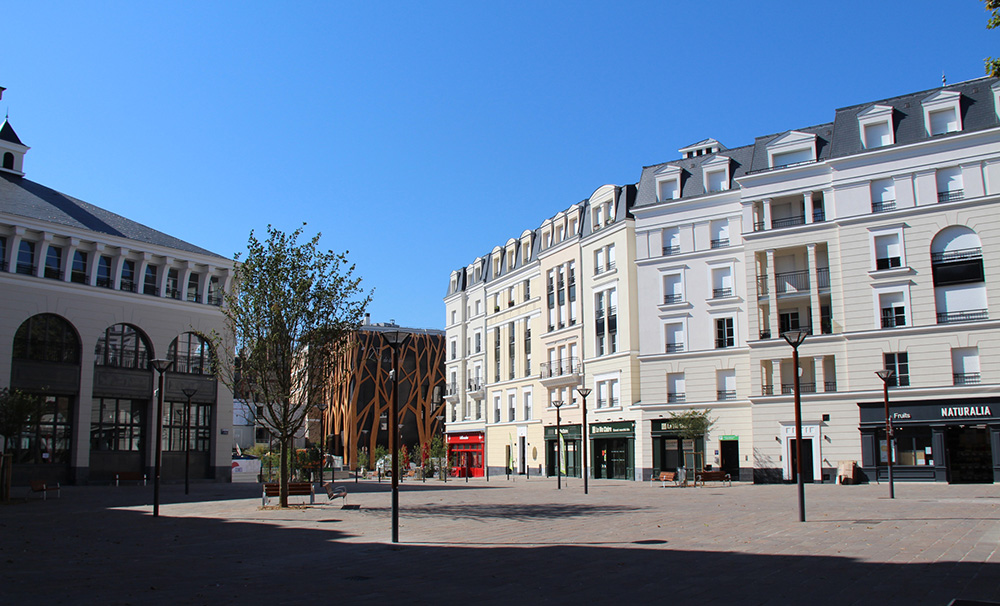 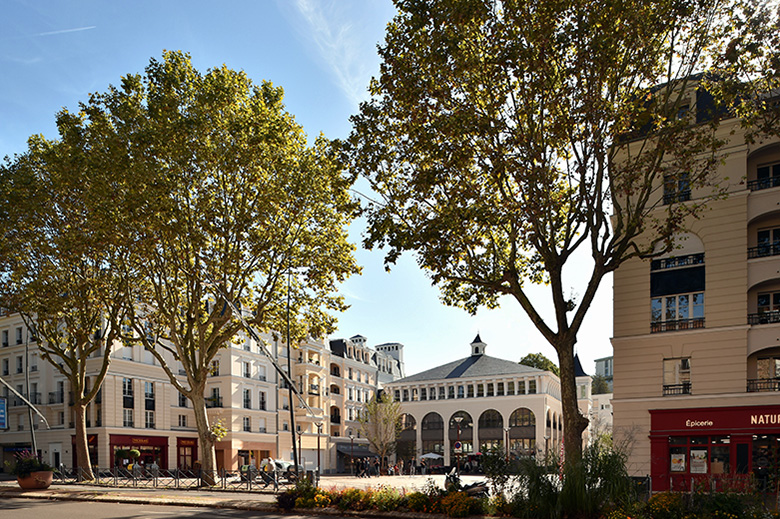 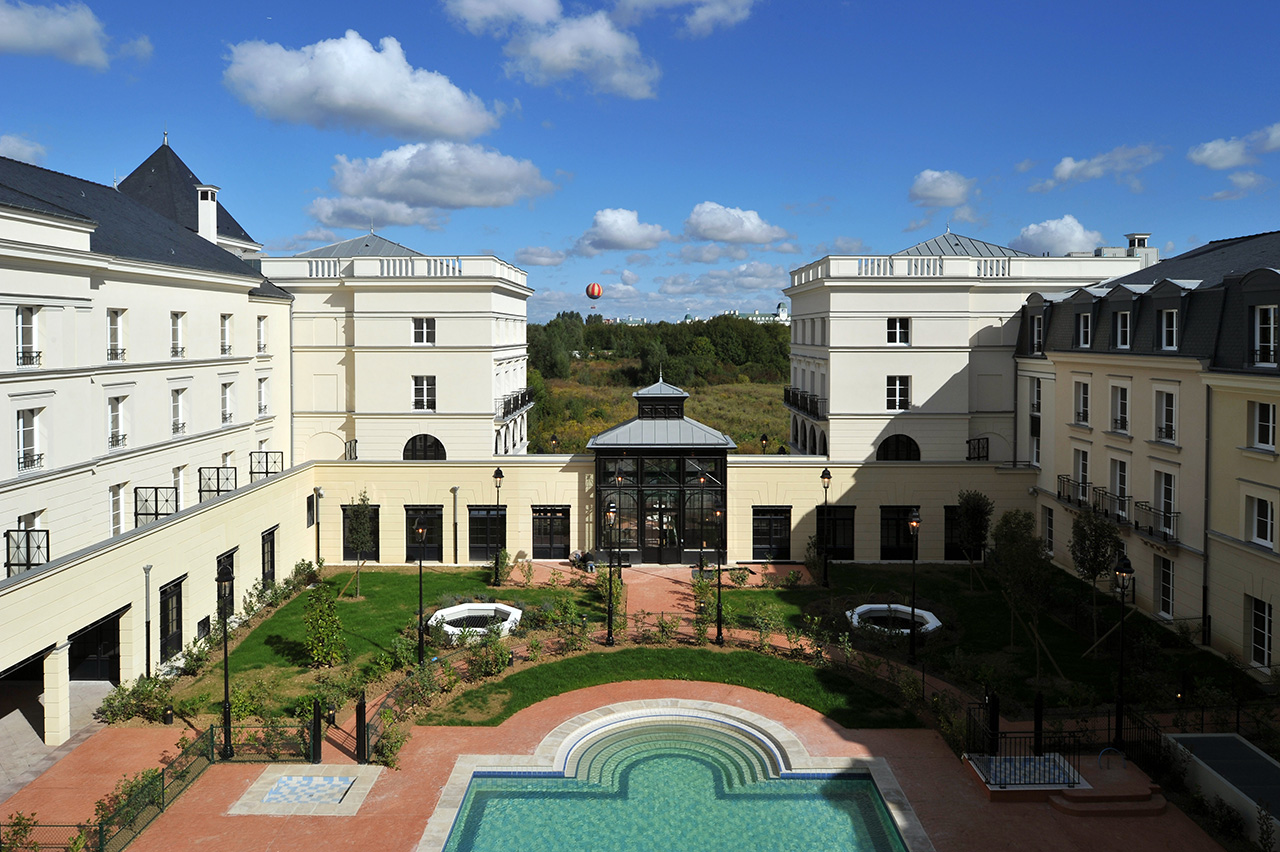 The Hipark “aparthotel” designed by the Breitmans contains both studios and apartments for travelers. It is part of a new district near Disneyland Paris called “Le quartier du Lac,” and was designed to incorporate views of the lake, which is still being completed. A swimming pool is enclosed by the wings of the building, with a glass vestibule – “the signal of the place,” as Nada describes it – marking a grand entrance to the inner courtyard. As always, the Breitmans composed their design in respect to neighboring buildings, creating a harmoniously varied urban space. 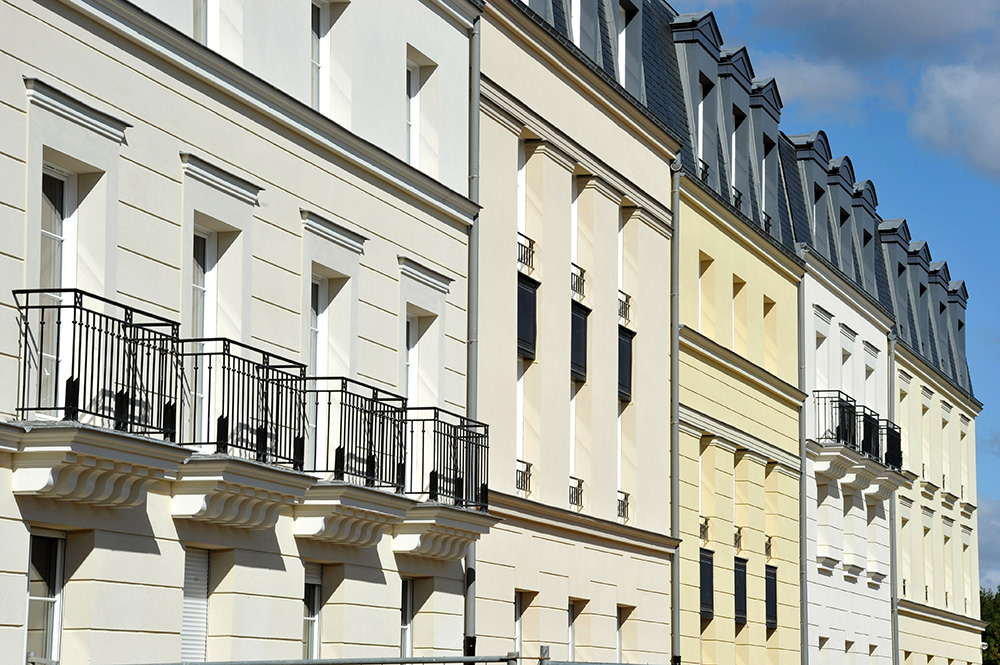 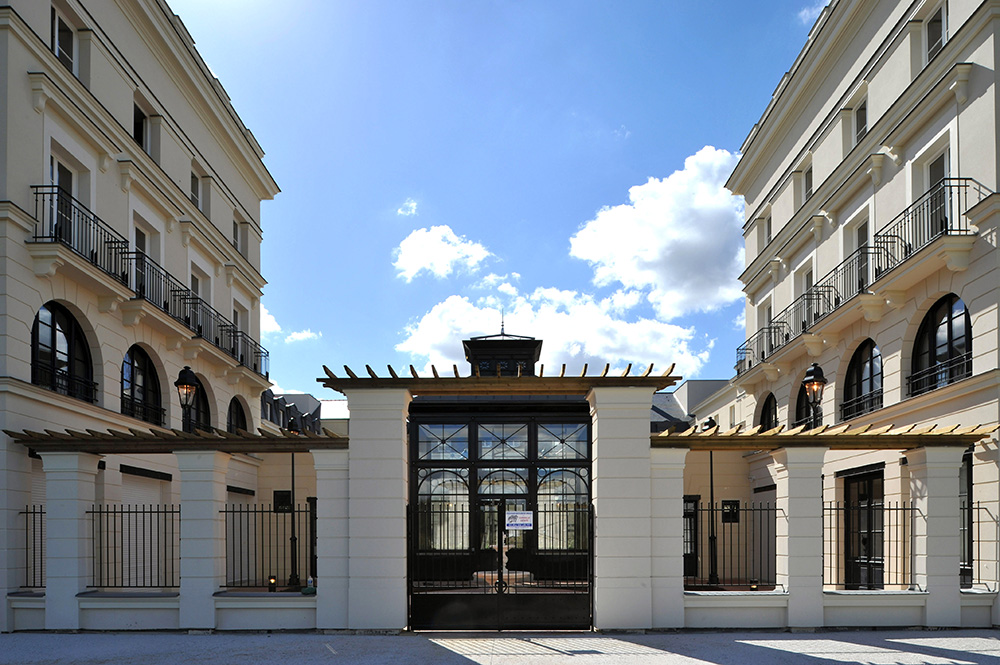 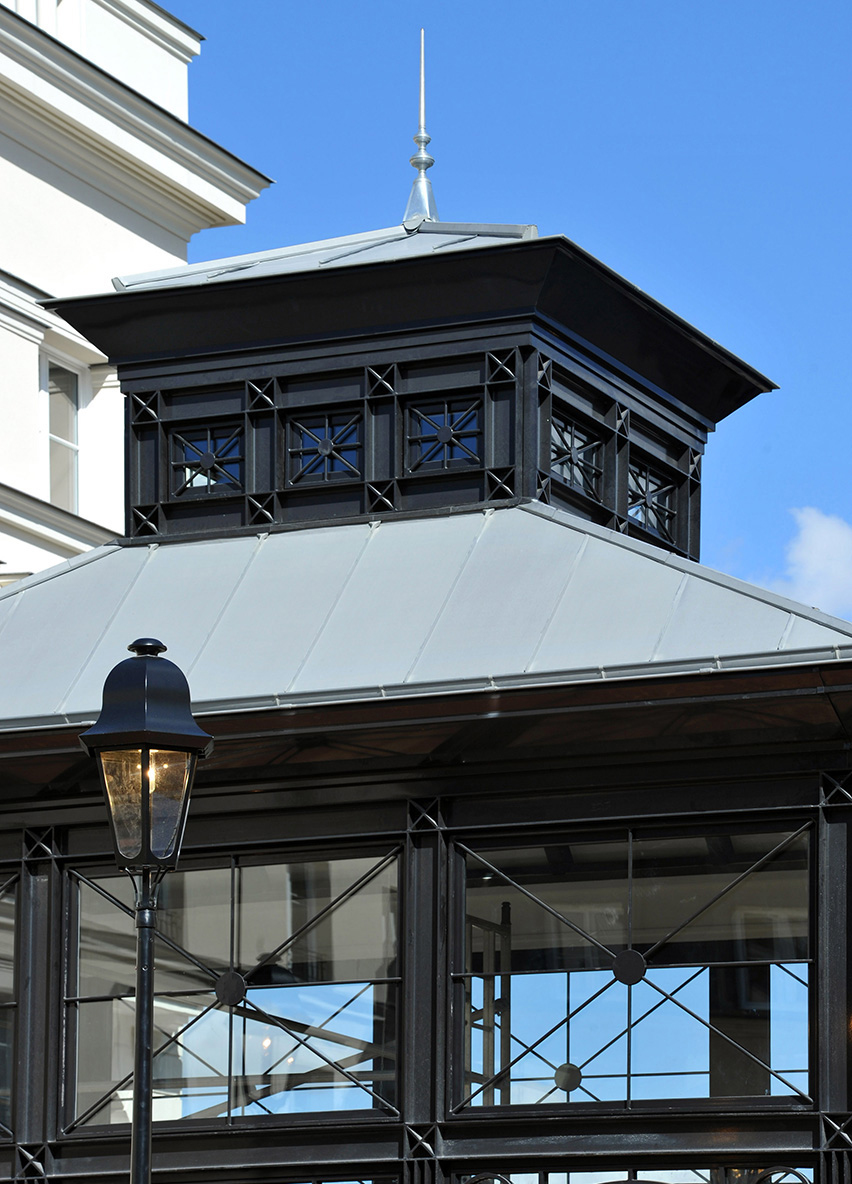 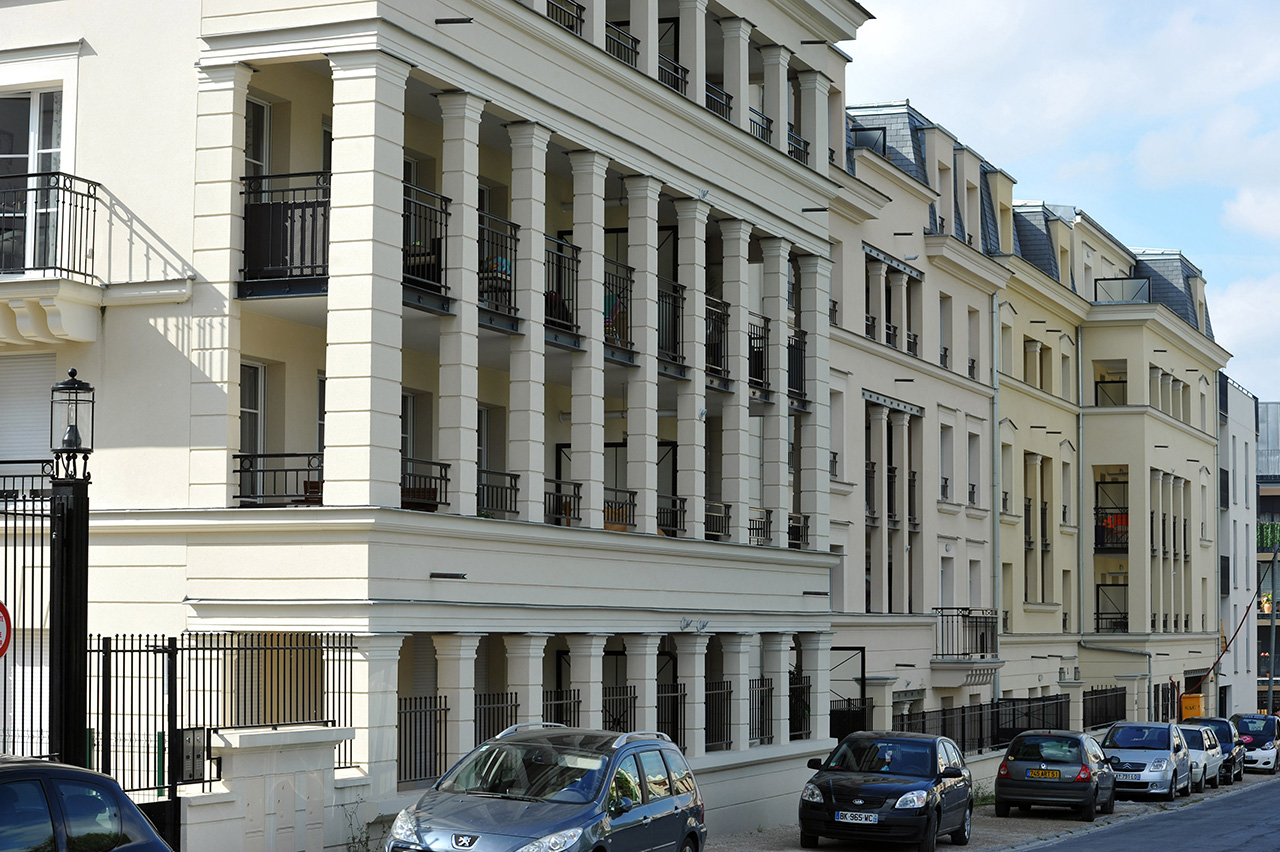 The venerable champagne house Piper Heidsieck was founded in the northern French city of Reims in 1785. Centuries later, the brand commissioned the Breitmans to construct 325 private housing apartments in the same city. The Breitmans designed the residences as “a piece of city,” with different sections varied by paint color and design so that a pleasingly heterogeneous front is presented to the street and residents can identify their own individual apartment from the outside. The buildings also incorporate loggia, or rooms with sides open to the outdoors, in a classical version of a modern balcony. 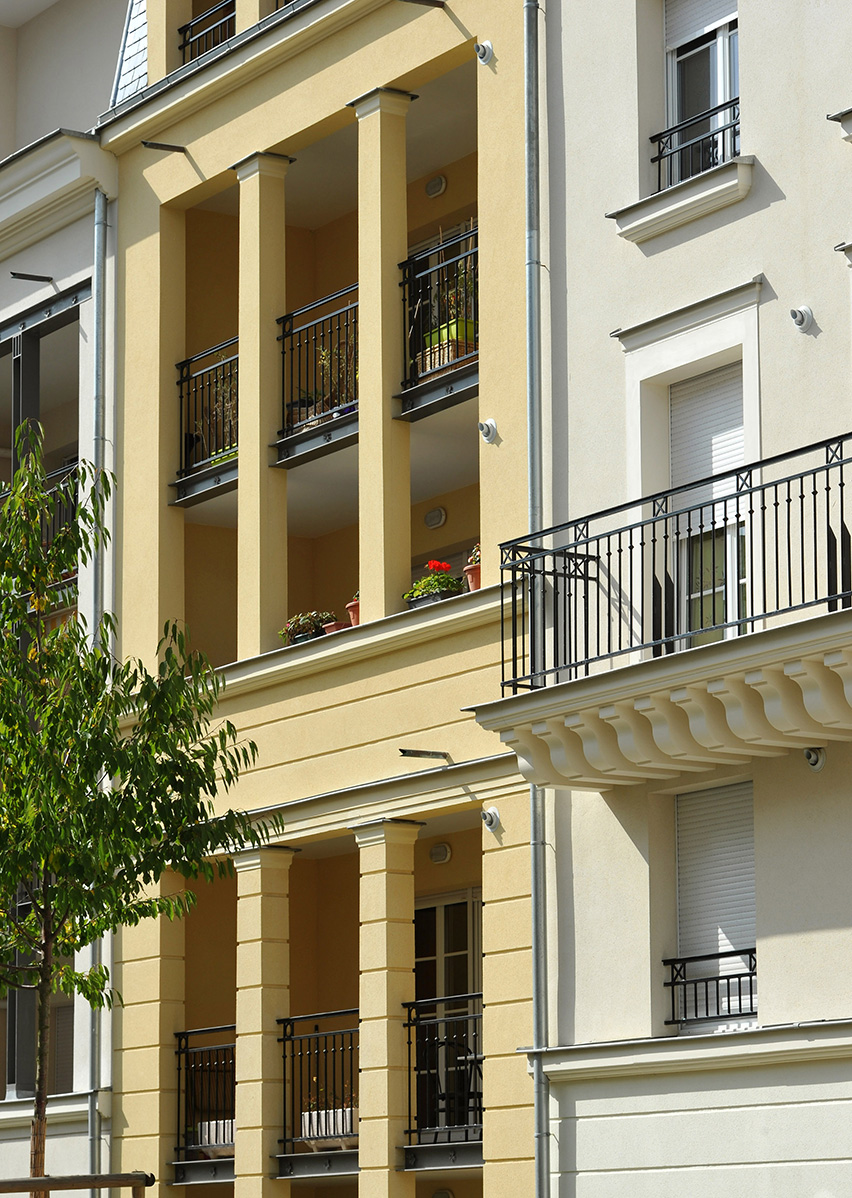 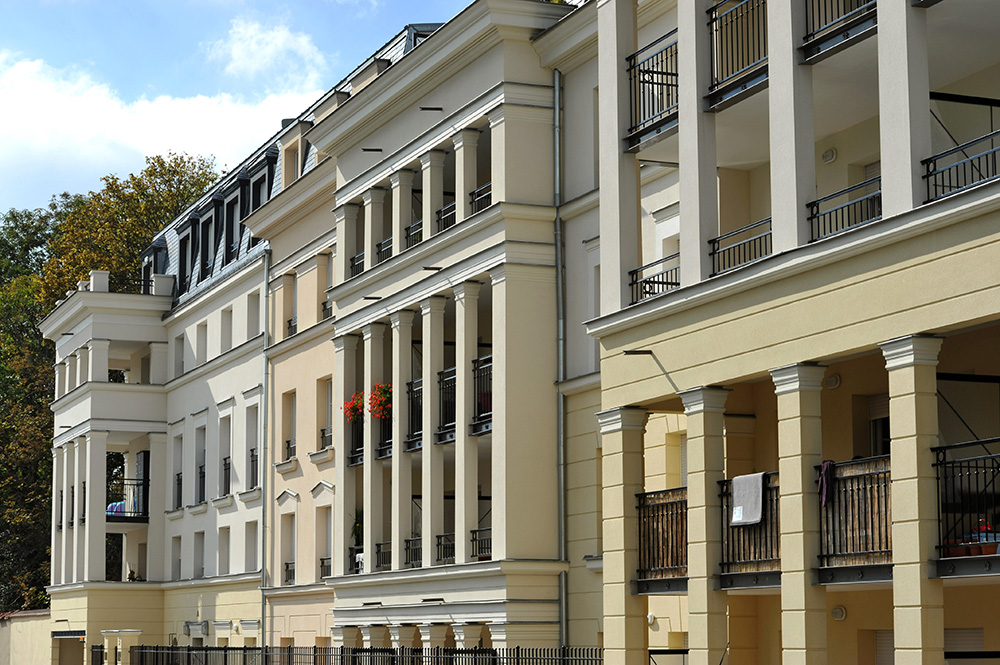 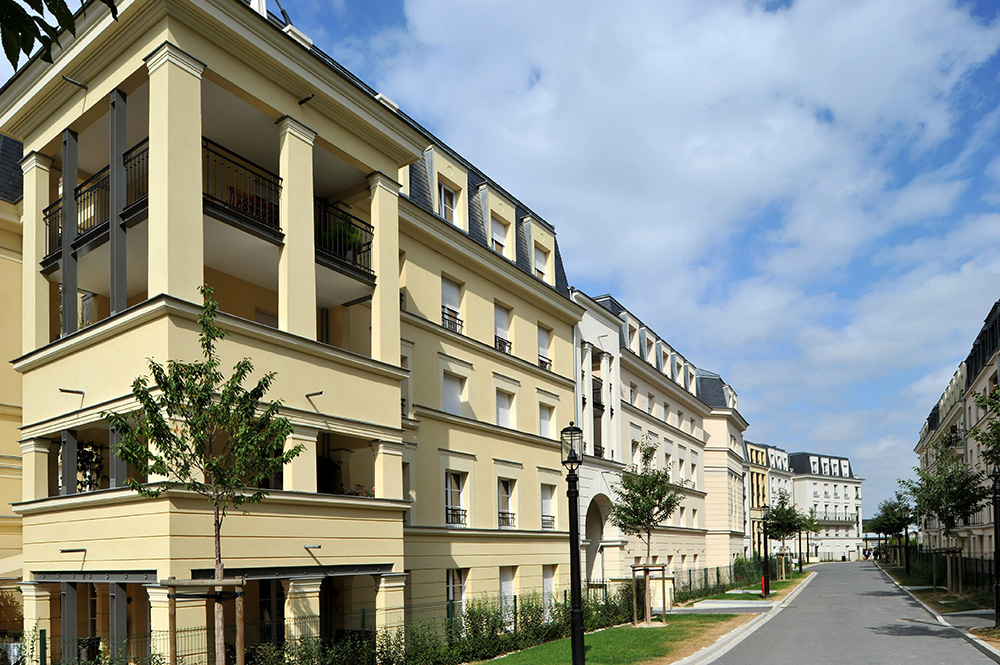 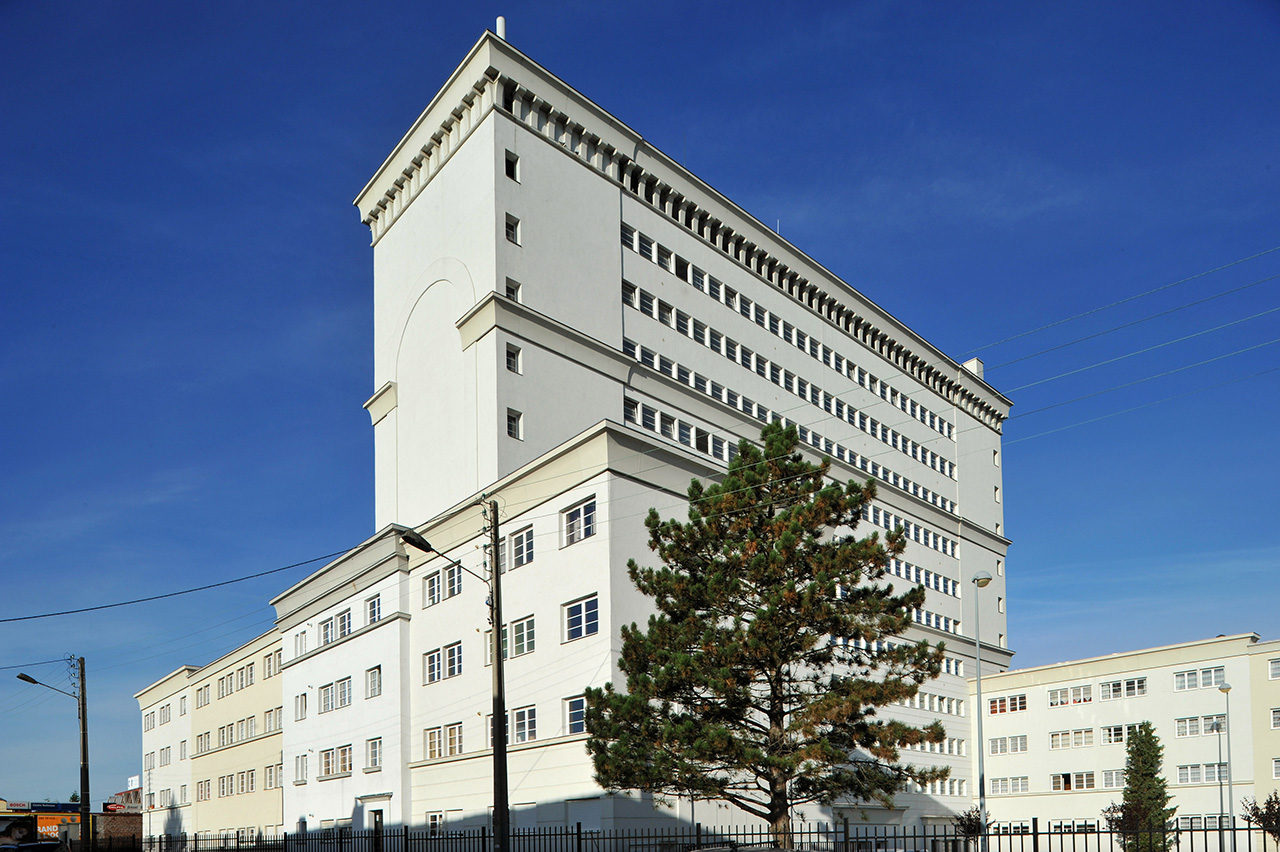 Decades on, many of the large housing projects built in the postwar period have fallen into disrepair. Rather than incur the expense and time of demolition and new construction, some management companies have turned to retrofitting, as with the Reaumur Residence in the northern French city of Arras. The social housing company that owned this early 1960s building commissioned the Breitmans to redo the façade and make the building more energy-efficient.

The architects removed the original fronting, replacing it with a classical facade complete with balconies, molding, and a cornice that hides much of the infrastructure, such as air conditioning units, that sits on the roofs of large buildings – all while the residents continued to live in their homes. The Breitmans also redesigned the entrances and varied the color of sections of the building to diversify its street appearance. “When the scaffolding was gone,” Nada recalls, “the residents were shocked. They didn’t even recognize their building. We gave them a small dignity back.”

Francesco Bandarin, a UNESCO official, believes such “urban retrofitting,” as he calls it, is some of the Breitmans’ most important work. “Very often you can’t demolish a horrible building because it’s too valuable or too costly,” he says. “Not only in France, not only in Europe, we have many areas that are really bad, but you can’t do very much because you can’t just erase it. What you can do is start the process of retrofitting. I think this is a great teaching.” 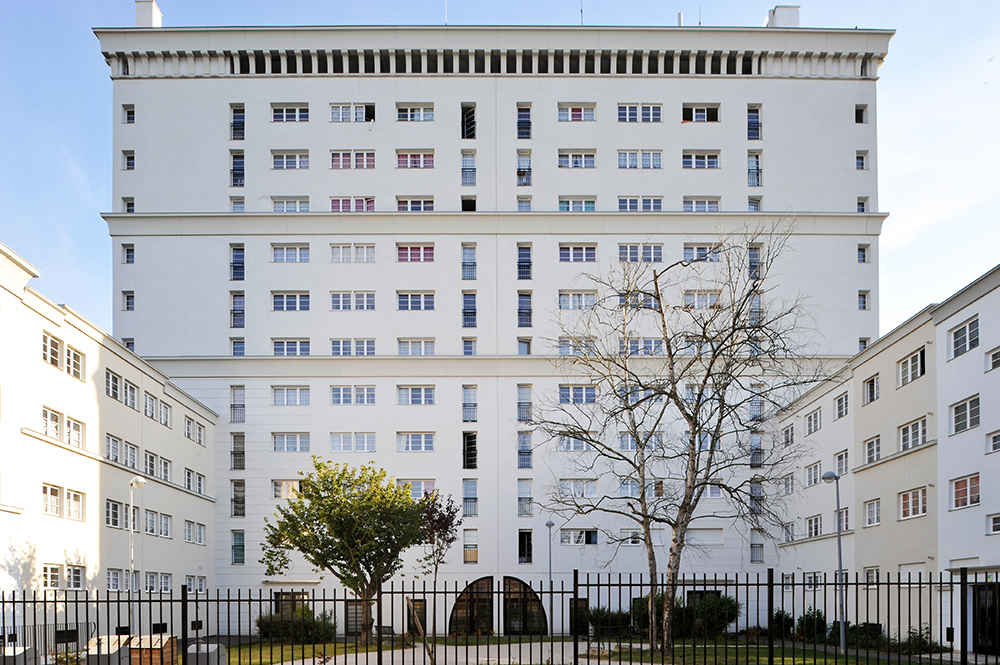 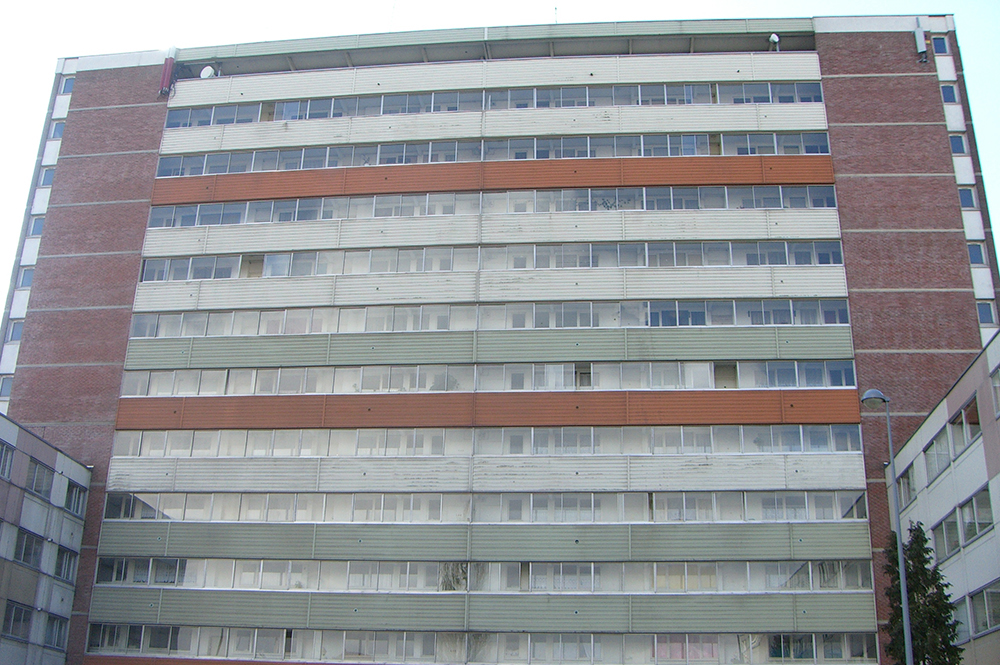 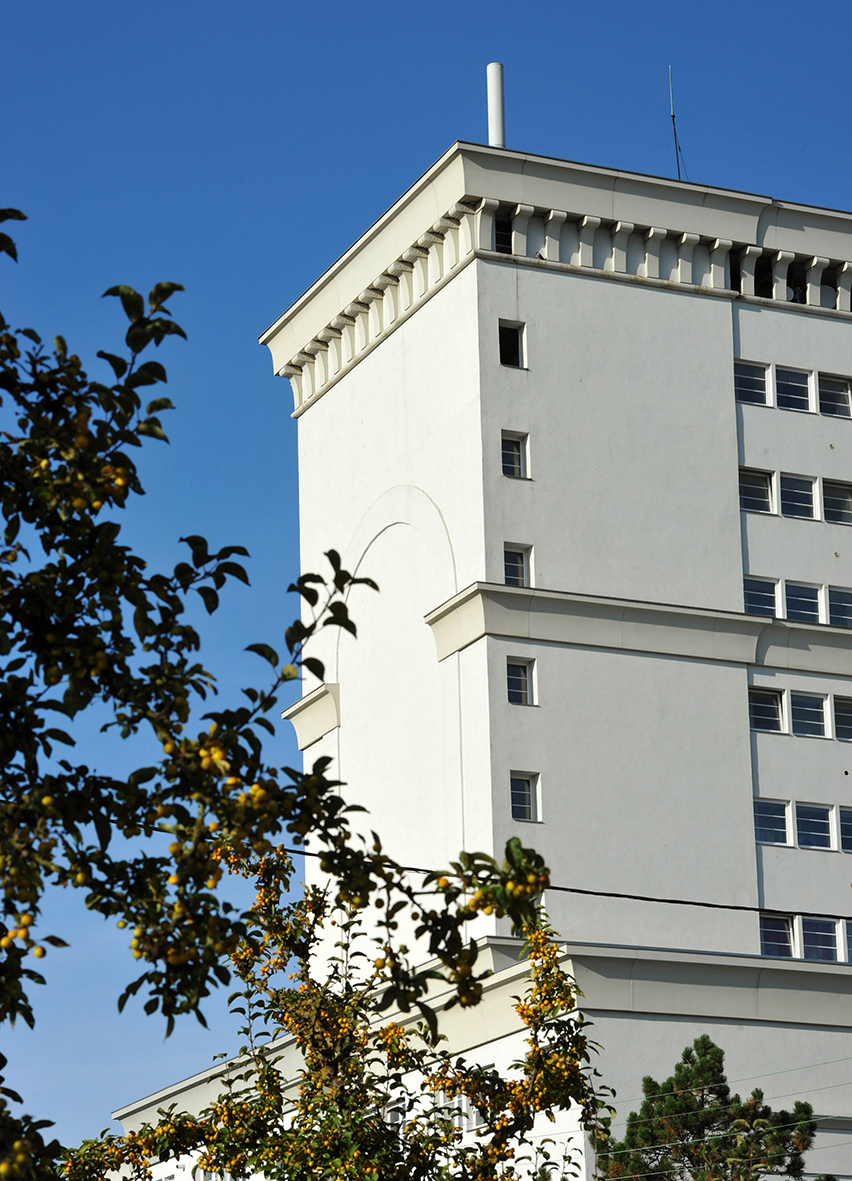 The Breitmans believe that social and private housing should be equal.