Subsidized housing. The term calls to mind shabby concrete towers, filled with anonymous box-like rooms and covered in a drab face. Think Cabrini Green, Soviet-era apartment blocks, and St. Louis’s infamous Pruitt-Igoe towers, which were demolished within eighteen years of opening. But the social housing built by Paris-based architects Nada and Marc Breitman is entirely different: adorned with stately facades, column-flanked balconies, and simple but elegant architectural details. Instead of imposing and brutalist, it is cozy and classical. Most surprising of all, it is indistinguishable from the private housing mixed in around it. 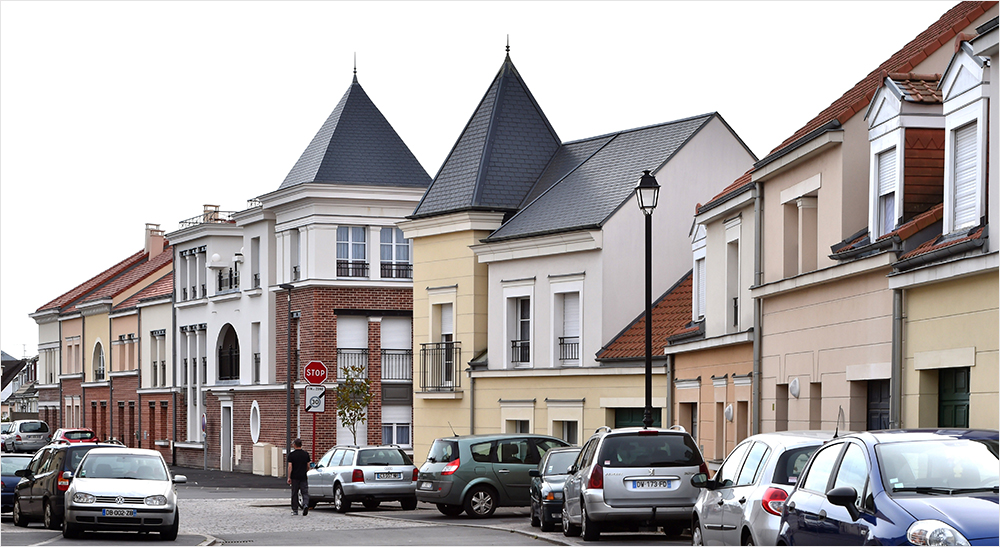 The Breitmans build social housing in a classical style, intermingling it with private housing, as in their designs for this northern French town of Courrières. Courtesy Marc and Nada Breitman.

The Breitmans believe in urban mixité, in the comingling of subsidized and private housing, wealthy and working class residences, businesses and homes. This privileging of diversity is in part a reaction to what they identify as a pernicious tendency of modernist architecture and planning: the simplification of a complex neighborhood or city by segregation according to function, so that business is in one place, shopping another, and residence a third, all too far apart to walk between. For the Breitmans, a cohesive and accessible urban space is more important than any one individual function. Architecture and urban planning should be organized on a human scale.

The husband-and-wife architects live their belief in mixité. They reside in Saint-Germain-des-Prés, an ancient Parisian district on the left bank of the Seine; their home, business office, personal studio, and another studio are all within one block, while a favored café is down the street. Work, recreation, and housing, all in walking distance. 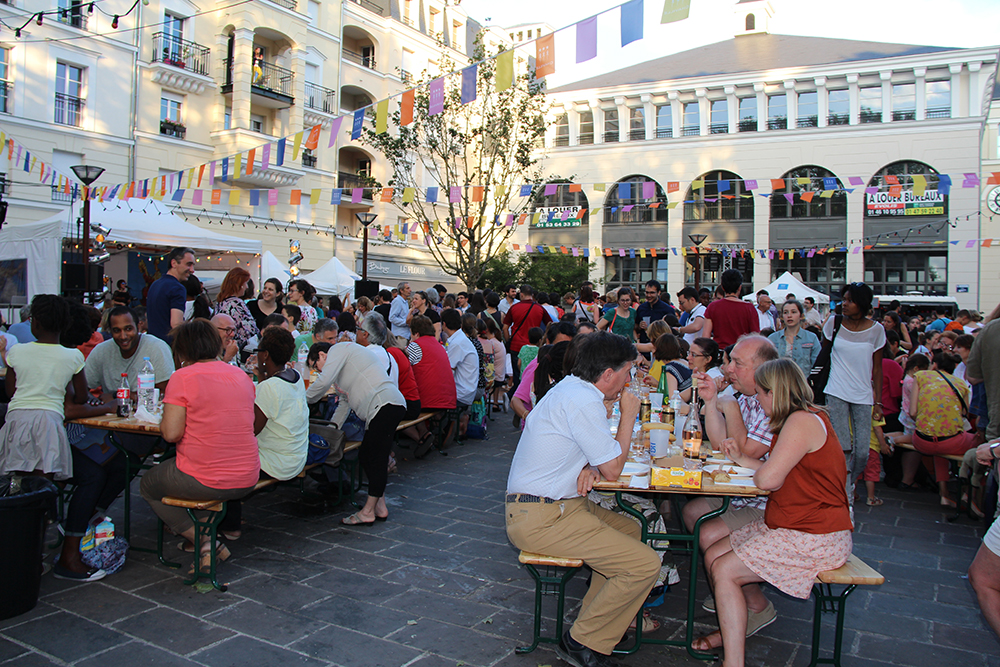 The Breitmans advocate for a walkable city in which housing, business, and recreation are all intermingled, as in their redesign of the city center of the Paris suburb Chaville. Courtesy Marc and Nada Breitman.

The Breitmans’ mixed, classical housing is especially unusual in France, where there is a long and influential tradition of modernist social housing, especially during the postwar period. After World War II, as droves of people moved to cities from rural areas and the population began to surge at the beginning of the baby boom, there was a shortage of housing. Huge new residential towers, known as cités, sprouted up to address the crisis. One of the most famous, and a model for the form, is Le Corbusier’s Unité d’Habitation in Marseilles. Completed in 1952, the twelve-story tower is made out of béton brut, or raw concrete, a material which gave a name – brutalist – to the style of the thousands of buildings built in imitation of Le Corbusier around the globe. But many of these monoliths proved unpopular as residences and were quickly left behind once a family could afford to buy a stand-alone house. In the popular imagination today, the cités of Paris’s banlieues, or suburbs, are isolating and poorly built.

Many of the modernist housing blocks built in France in the postwar period are seen as isolating and poorly built. The Breitmans have occasionally retrofitted the facades of these aging buildings, as here in the town of Arras. Courtesy Marc and Nada Breitman.

Given the modernist tradition of cités, it is all the more striking that the Breitmans build subsidized housing in a classical style. With their designs, there is none of the stigma that has become attached to the cités or other forms of social housing – even if you wanted to separate out the public from the private residences in a Breitman-designed area, you couldn’t. “The city is the best way to live together,” Nada says. “This is the only way to make more harmony between people: if you have equality of housing.”

The Breitmans believe that social and private housing should be equal.