Meet the Drone Pilot | Chicago from the Air 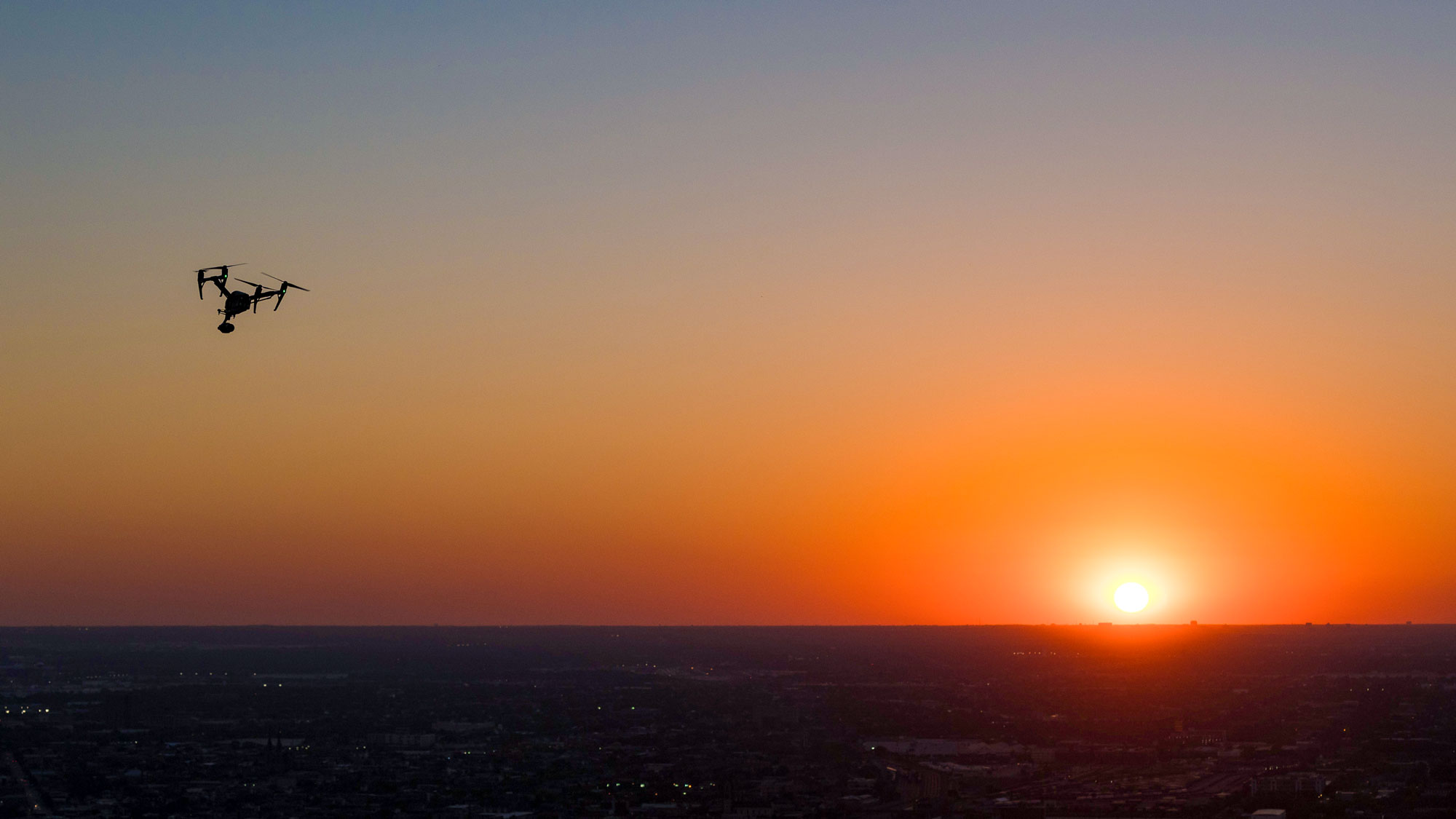 Chicago from the Air couldn’t have been made six or seven years ago. While you could buy an inexpensive drone from somewhere like Sharper Image a decade ago and try to fly it around, “Drones really didn’t become commercially popular until I’d say about 2015 or so,” says Colin Hinkle, the owner and aerial photographer for Soaring Badger Productions, which filmed the stunning footage you see in Chicago from the Air.

“Back in 2010, 2011, when I started flying drones, they were pretty rudimentary,” Hinkle says. “The first one I bought was a pretty garbage drone. It didn’t have the GPS that we have now, it didn’t have a lot of the features we have now, [and] the camera was pretty bad. But it was a good first drone to practice with and get that sense of flying something with a camera on it.”

Hinkle was a traditional video photographer before he began using drones. He had experience shooting from helicopters – something Soaring Badger still does, depending on what shot is needed – for Chicago news stations. His interest in filming from the air grew out of a desire for “a creative angle,” he says, the ability to “put a camera in a unique position.”

The two tools – drones and helicopters – offer different advantages. “I’ve never been pro-drone or helicopter,” he says. “I’m pro-whatever-is-the-right-tool-for-the-job.” A drone’s smaller size offers new vantages and more precise movement and is easier to bring to a remote area – Hinkle has flown drones in the Alaskan Arctic. “It’s a camera that can fly anywhere with you,” he explains.

A helicopter, on the other hand, can go faster and higher than a drone and capture more locations in a shorter period of time. Surprisingly, it might also have fewer governmental restrictions. “The red tape to go through with a drone sometimes is much longer and could be more of a headache,” Hinkle says.

Flying a drone near certain locations – such as over City Hall, as Soaring Badger did for Chicago from the Air, or airports or prisons – requires extensive permissions and permits. Additionally, the drone must always be kept in the pilot’s line of sight, “not only for safety, but also because the drone signal is tied to your controller,” Hinkle explains. “If an object like a building is blocking it, it’s going to break the connection.”

Most of the footage for Chicago from the Air was shot by a drone that requires two people to operate it: one piloting the drone, the other controlling the camera. Some situations require a smaller drone, which needs only one person. “You feel as if you are getting a sense of flying,” Hinkle says. “For sure, the viewer will feel that.”

While a drone can offer amazing perspectives, it has its limitations that a pilot has to be aware of and plan around. Weather is obviously a big issue, especially complicating shoots that involve permits. Battery life is another restriction. “If the drone’s going to get only twenty minutes of flight time, you can’t be wasting time talking for ten minutes about what you’re going to do next,” Hinkle says. “So we try to maximize each flight the best we can, and the best way to do that is to talk about the shot before we take off.”

In the case of Chicago from the Air, part of the preparation process entailed understanding the history and background of each location being shot – reading the script and learning what Geoffrey Baer was using the drone to explain and explore. “I was learning a lot,” says Hinkle, who’s originally from downstate Illinois. “It was neat to see from above and discover why certain things happened in the city. On top of that, some locations we went to were unique, so I enjoyed getting to see those. And we had some pretty amazing opportunities, like shooting down the river on a Saturday morning or shooting over City Hall.”

Sure, anyone can take a boat ride down the Chicago River, but it’s not quite the same as soaring over it. And how many people can say they’ve hovered above City Hall? Thanks to the drones, you can, too, via Chicago from the Air.