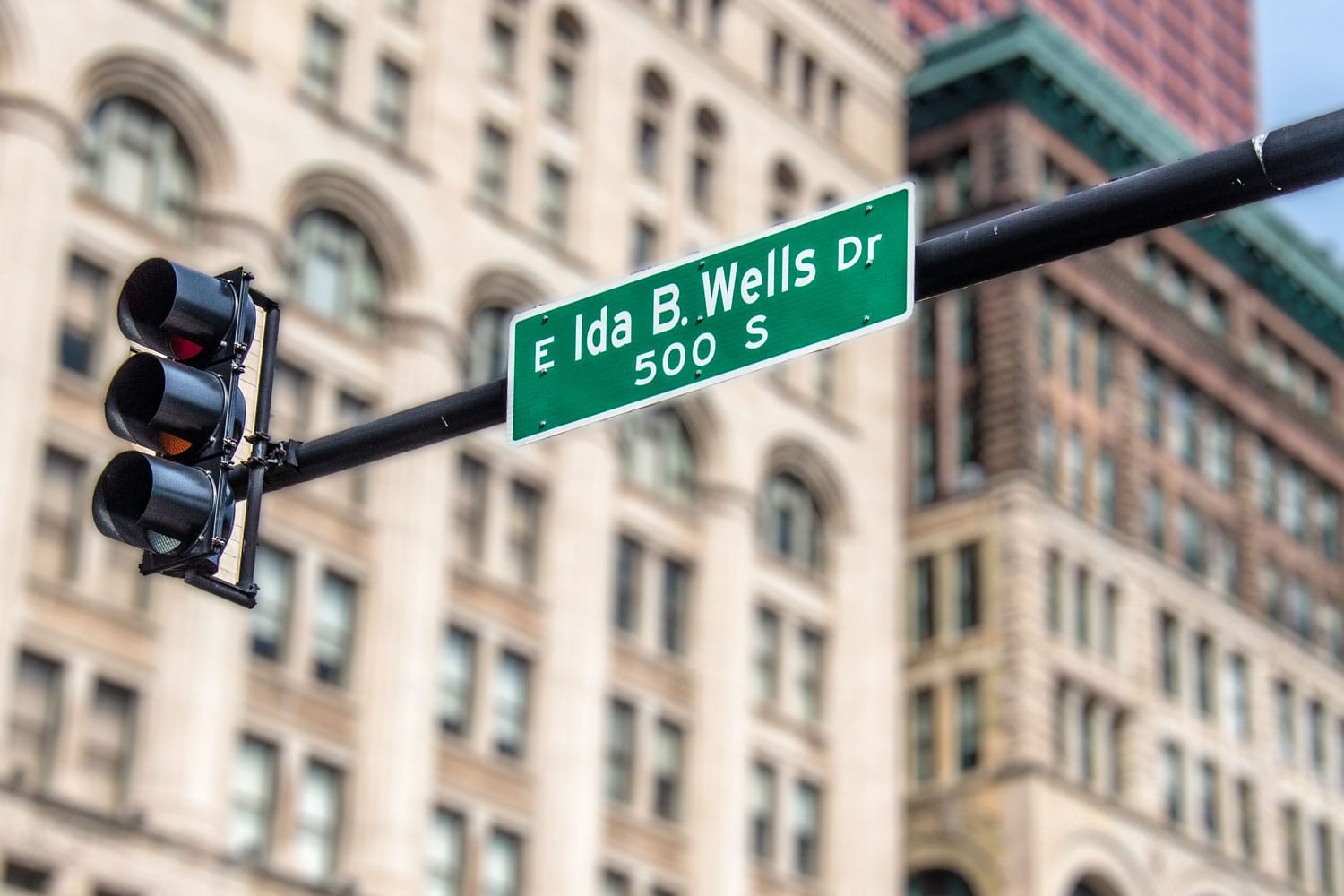 In 1893, Ida B. Wells first traveled to Chicago for the World’s Columbian Exposition. Standing at the entrance to the Haitian Pavilion, Wells handed out pamphlets to fairgoers that described “a clear, plain statement of facts concerning the oppression put upon the colored people in this land of the free and home of the brave.” She had written the pamphlet, called The Reason Why the Colored American Is Not in the World’s Columbian Exposition with Frederick Douglass and two other men. Because Wells had been exiled from her home in Memphis following the publication of her reports on lynching, Wells eventually made Chicago her home. Here, she continued to write as she waded into politics and the suffrage movement and also worked to support her community.

Built in 1889 at what is now 3624 South King Drive, Ida B. Wells and her husband, journalist and attorney Ferdinand Lee Barnett, lived in this stone, Romanesque Revival-styled home from 1919 to 1930. Today, it is both a Chicago Landmark and a National Historic Landmark. 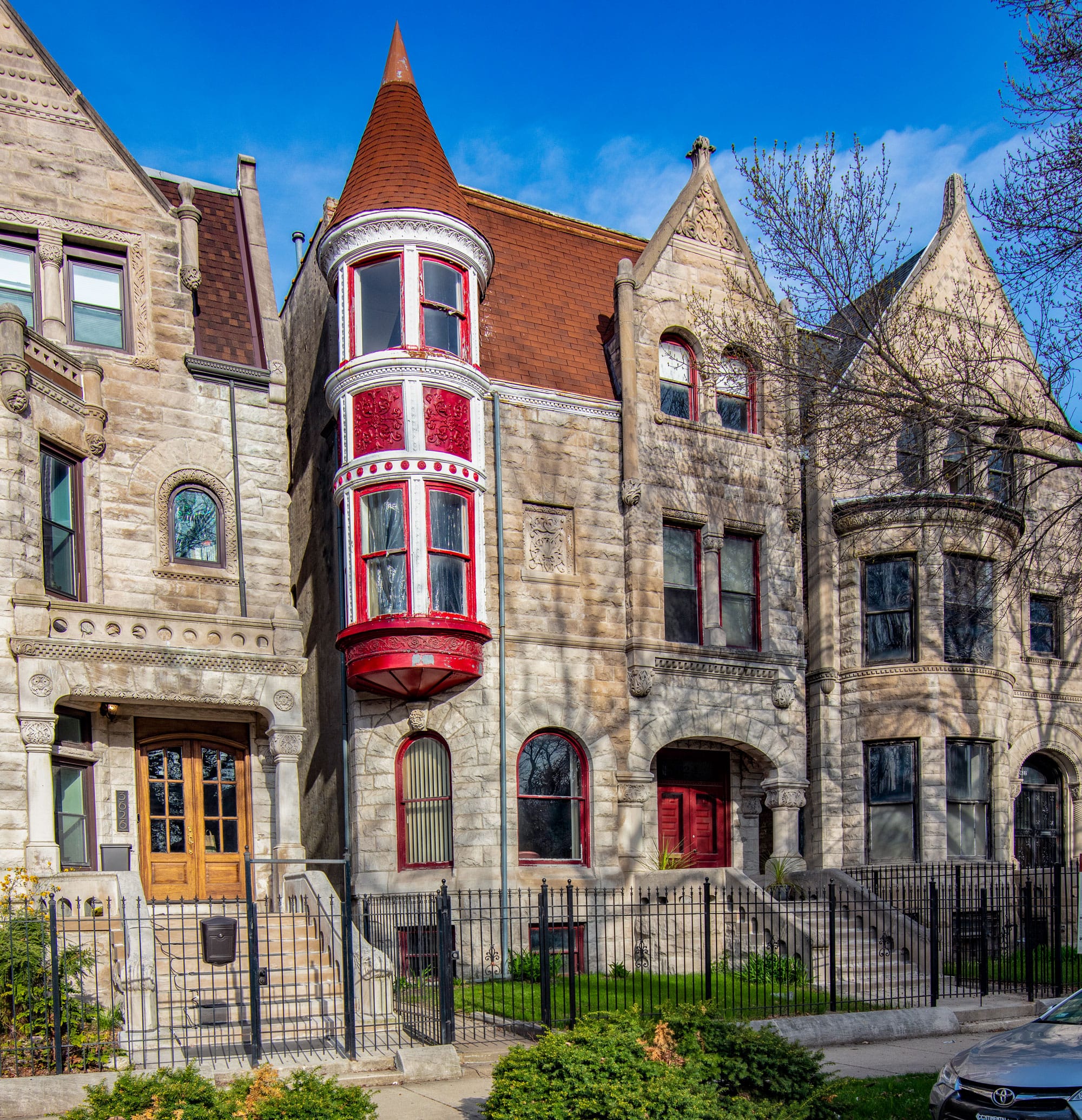 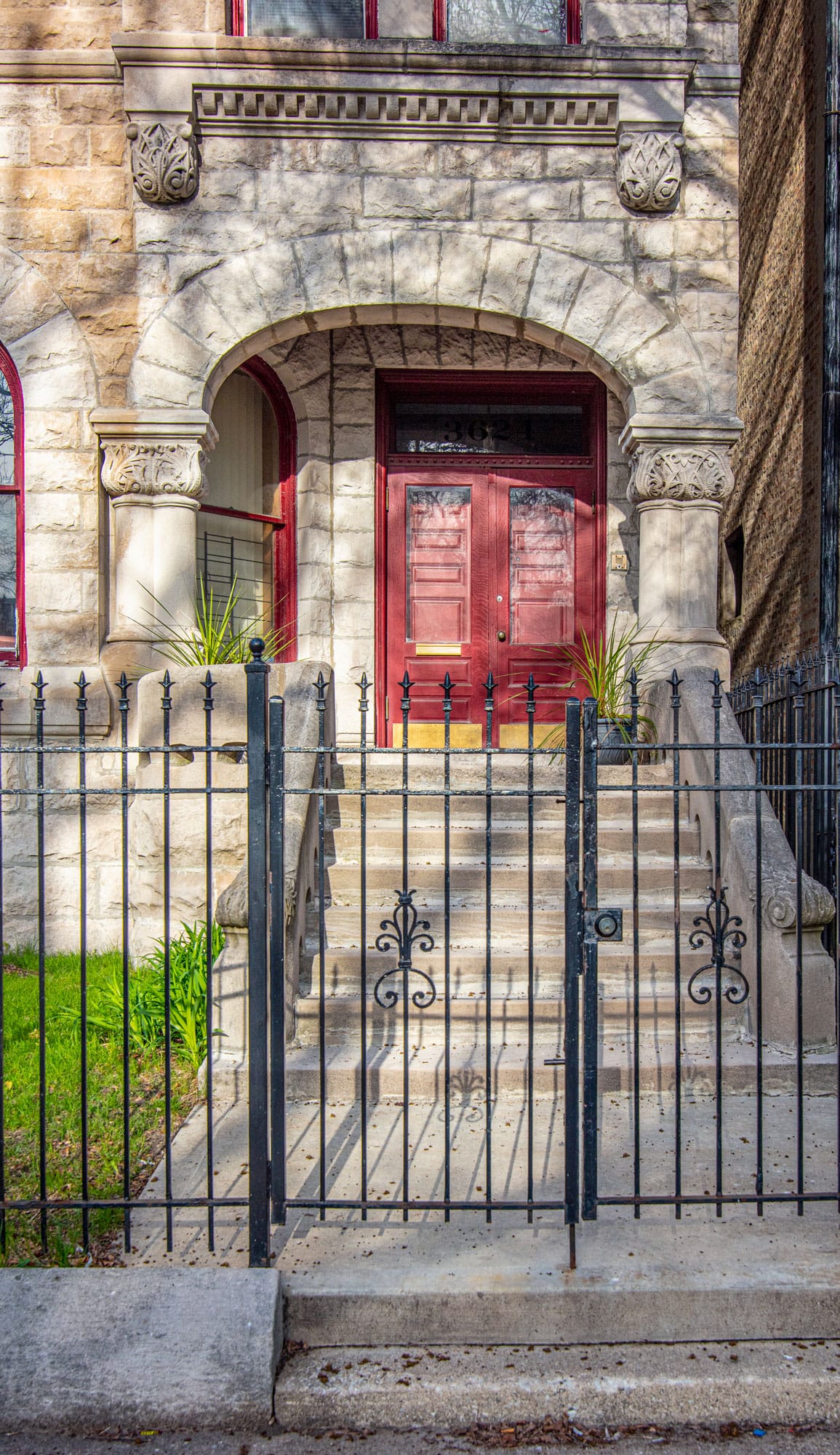 The Italianate-style rowhouses close to Wells’ former home were built in the 1880s. These homes are in Bronzeville, the “Black Metropolis” and center of Black culture and business that grew rapidly following the Great Migration. 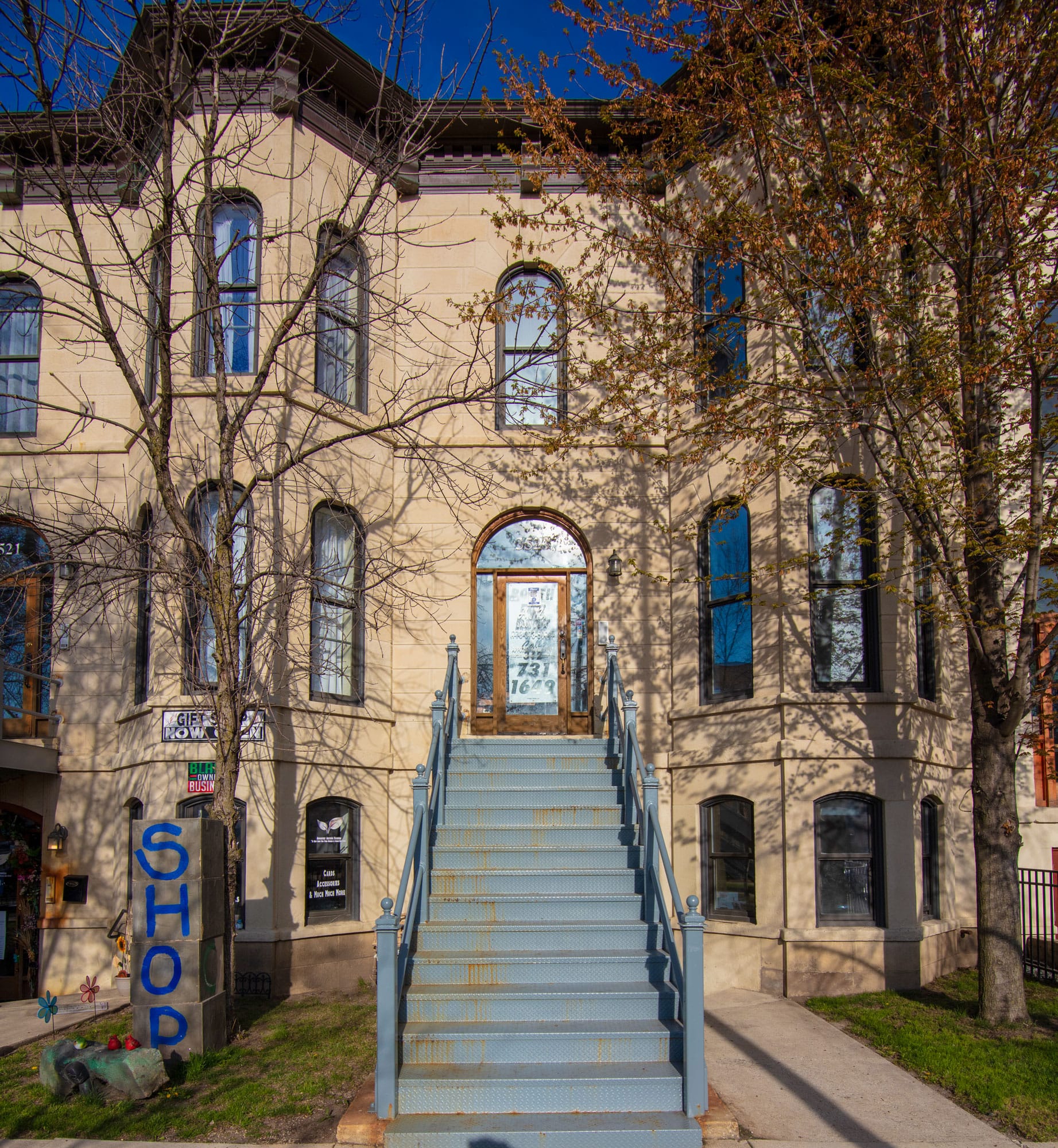 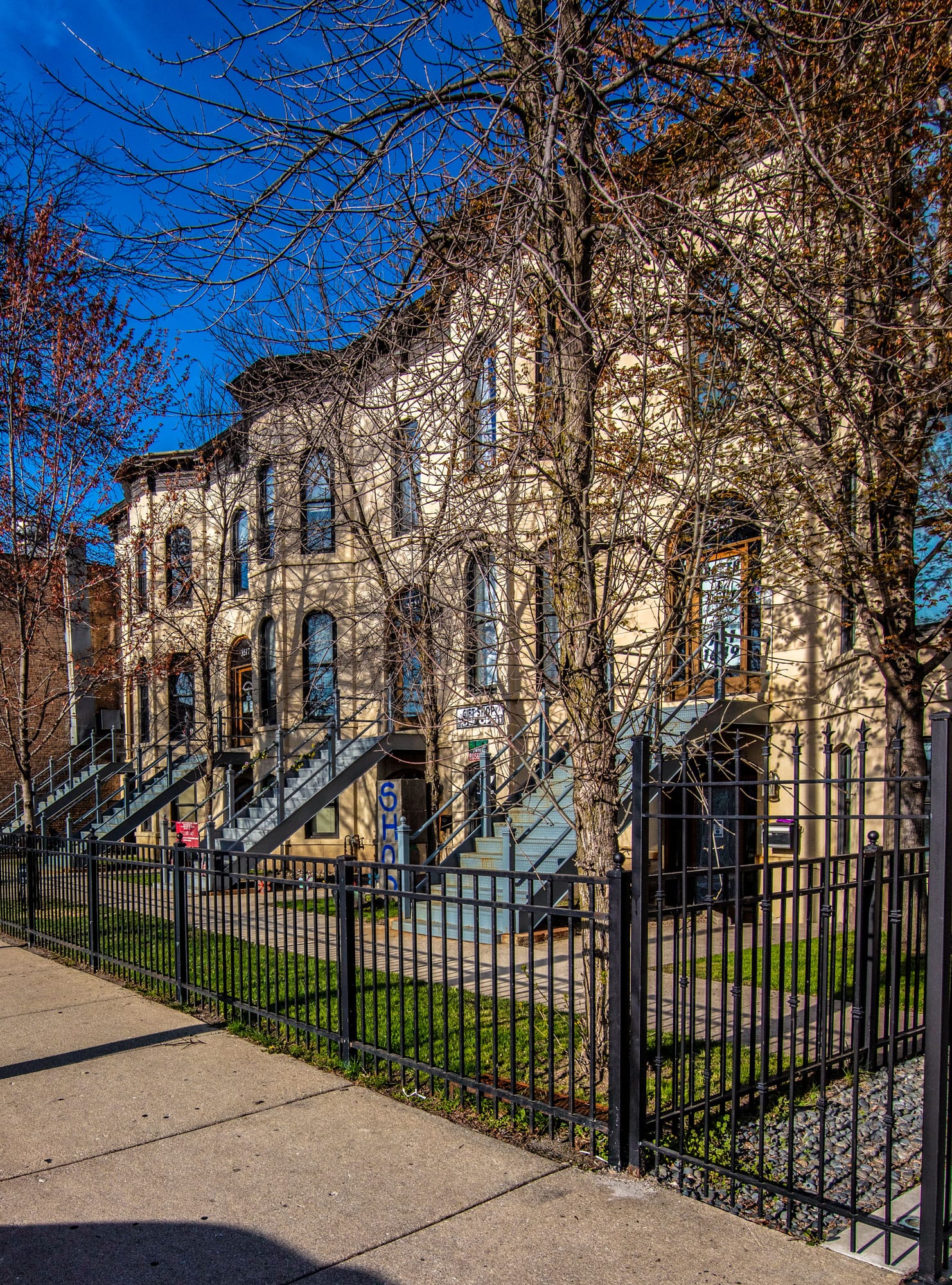 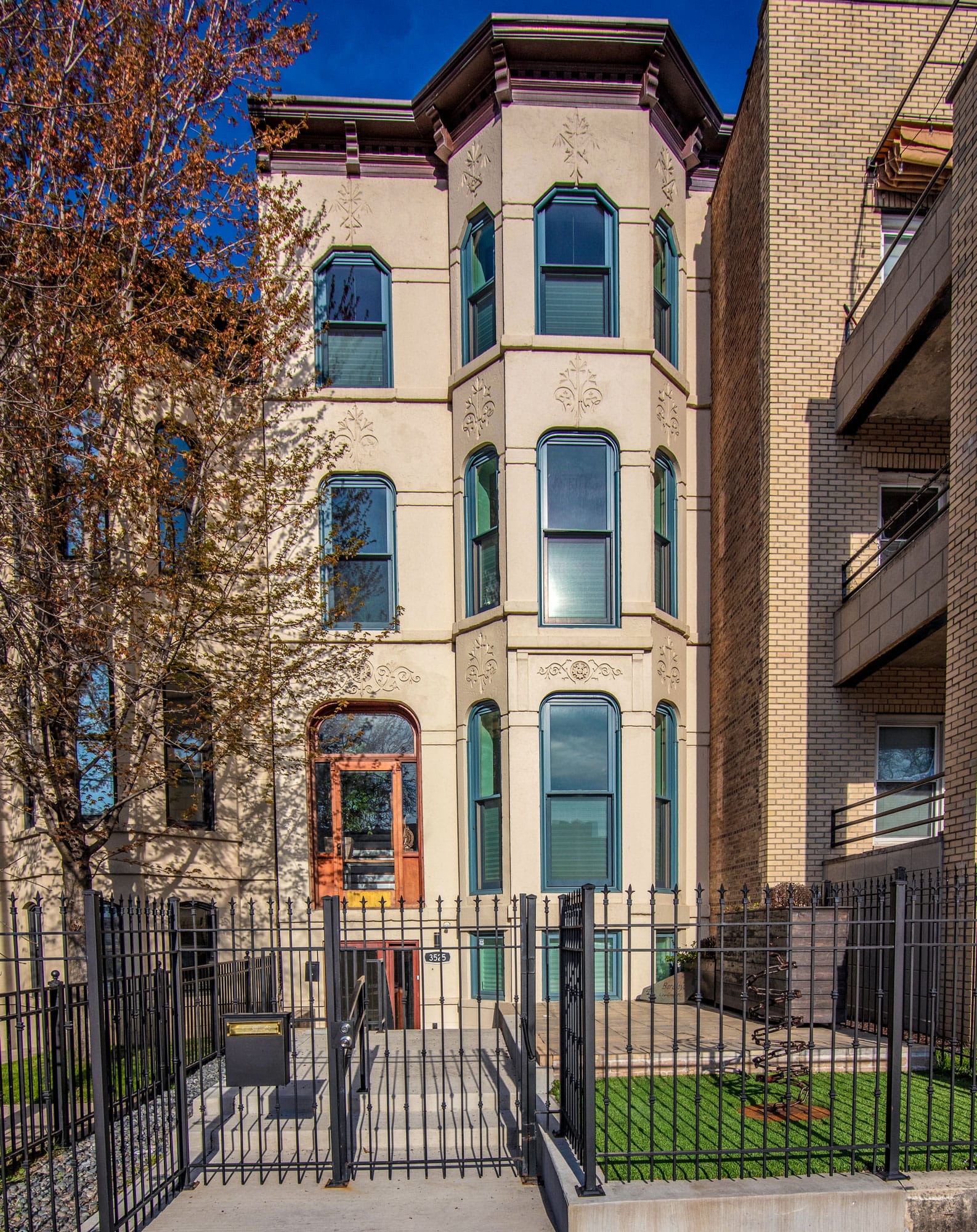 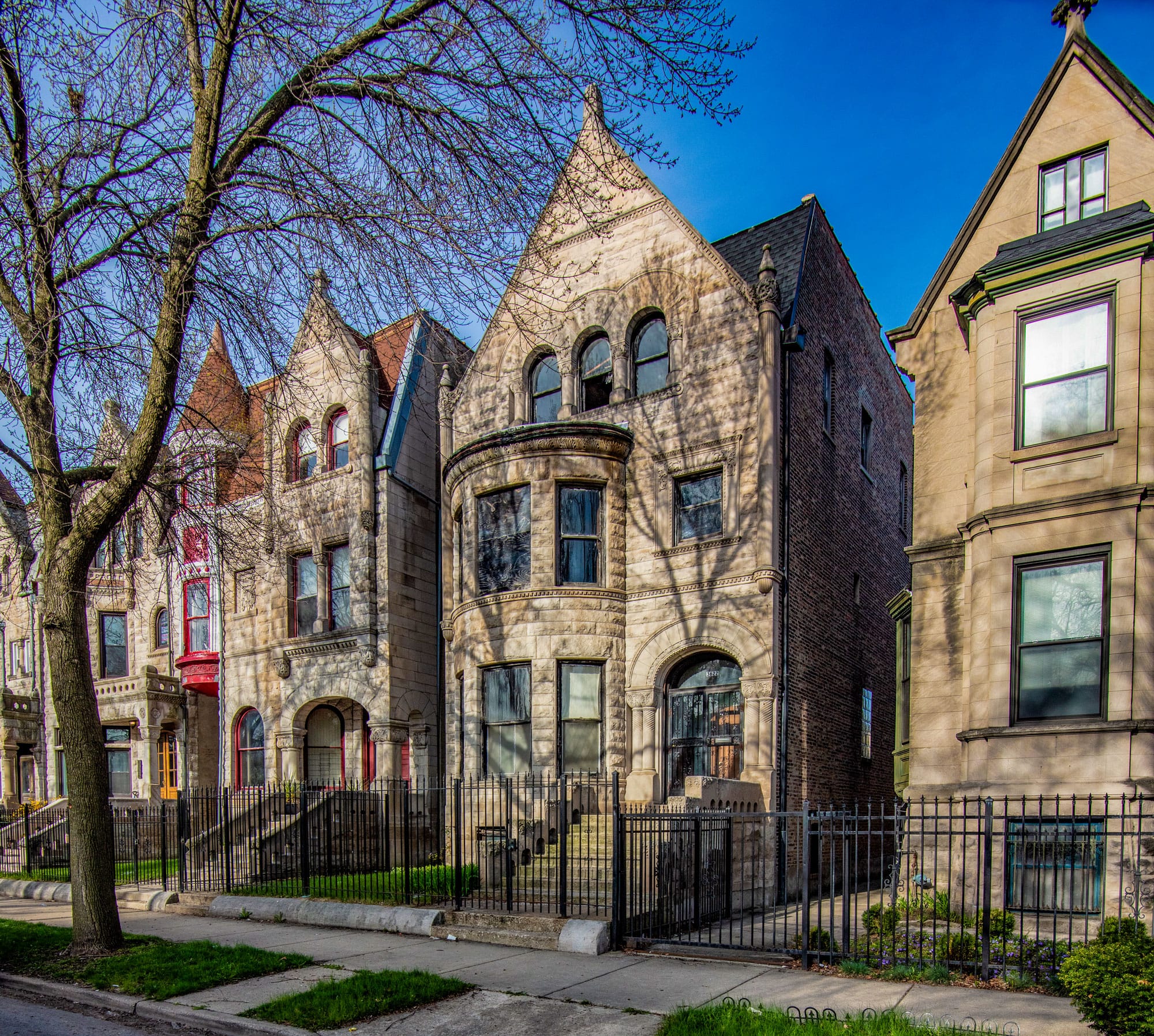 This Art Deco building at 3647 South State Street was built in 1931 as the home of the Chicago Bee newspaper, published by Black businessman Anthony Overton. The Chicago Bee was run mostly by women, and Wells served as an editor there. Designed by architect Z. Erol Smith, the renovated building is now a Chicago Public Library branch. Smith’s detailing gives the building’s terra cotta facade the feel of the Jazz Age. 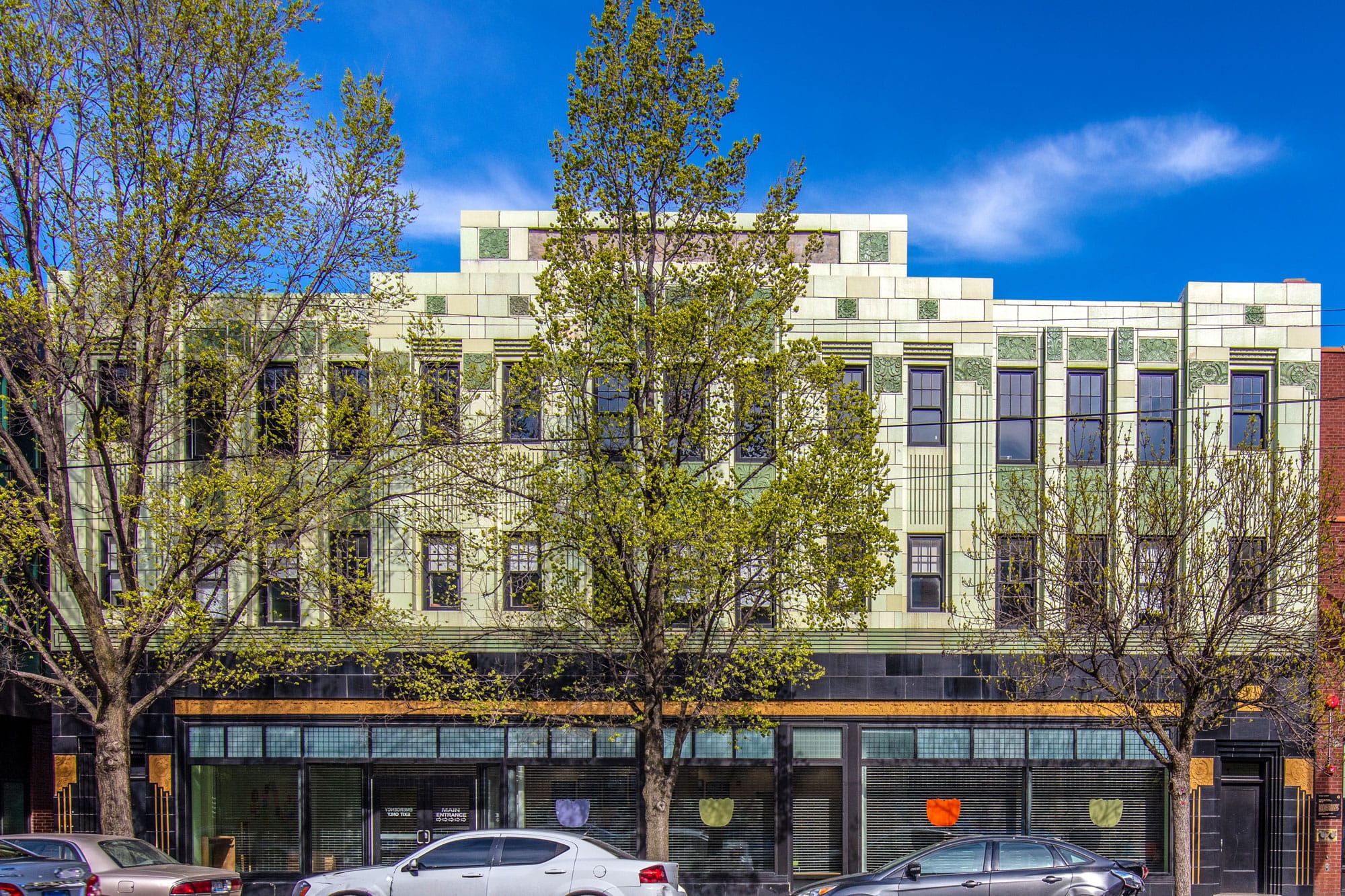 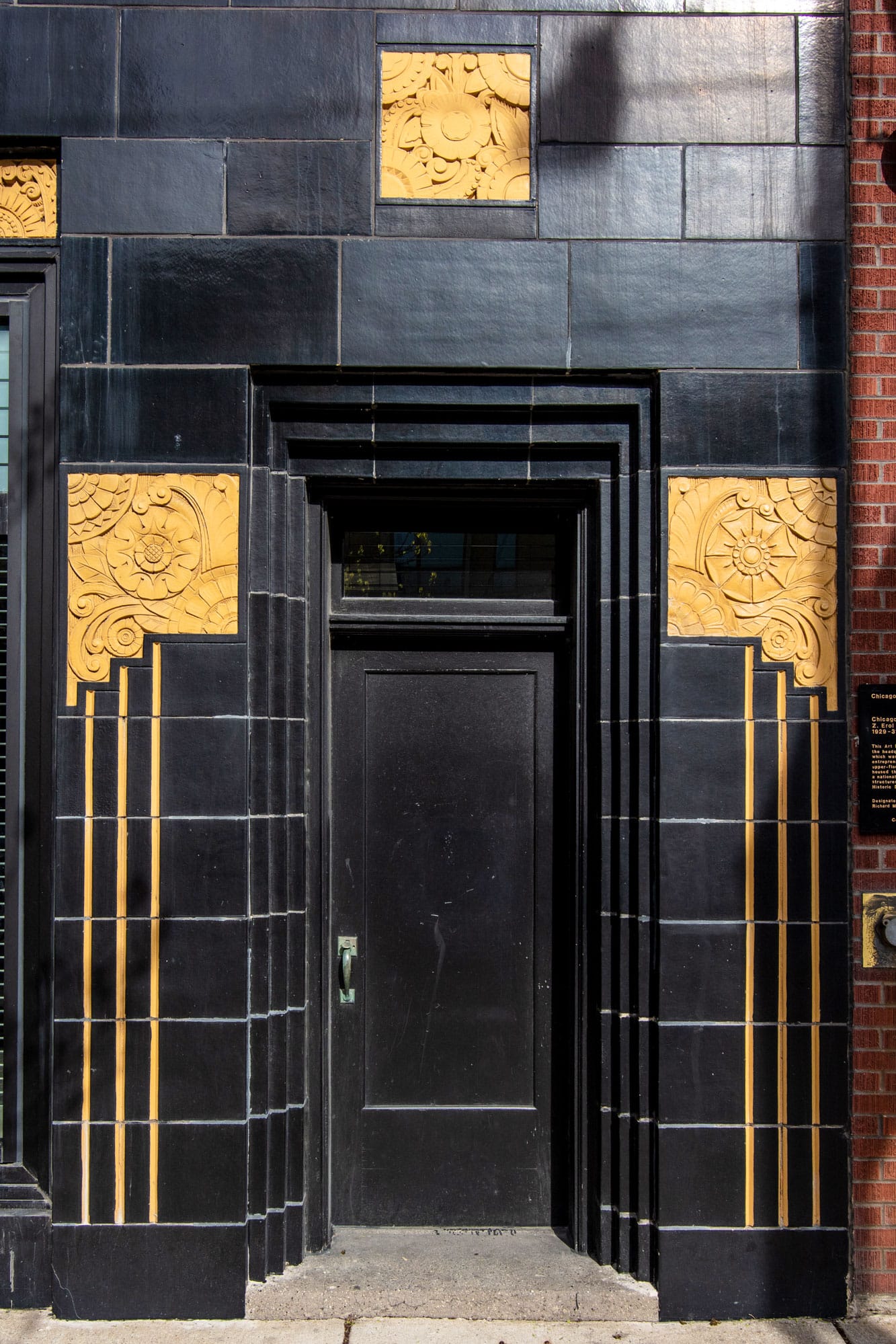 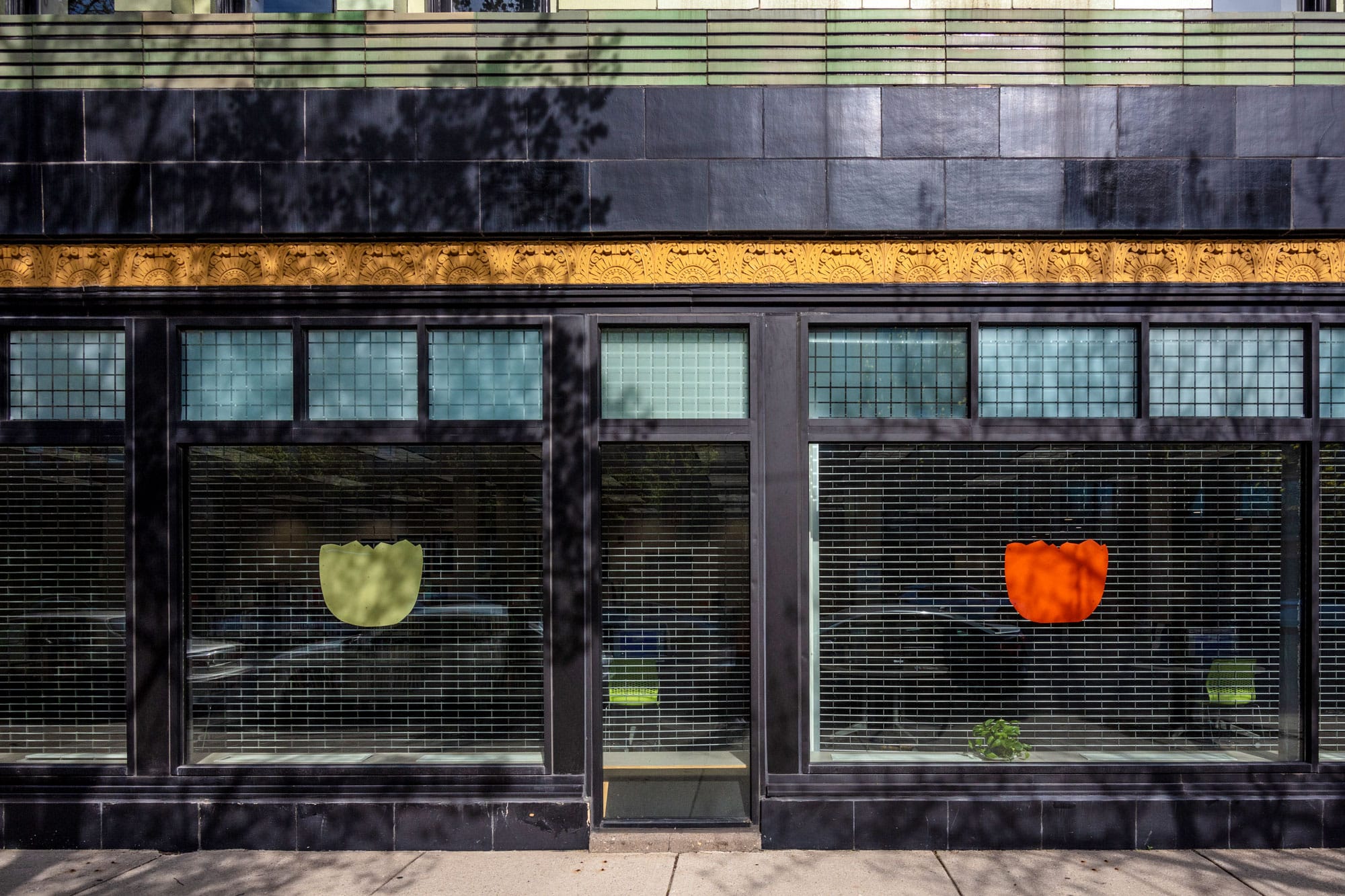 Built in 1889 as the synagogue for the South Side Hebrew Congregation, this building at 3435 South Indiana Avenue became the home of the Chicago Defender newspaper from 1920 to 1960 during the height of the Great Migration. Wells also sometimes wrote for the Defender. 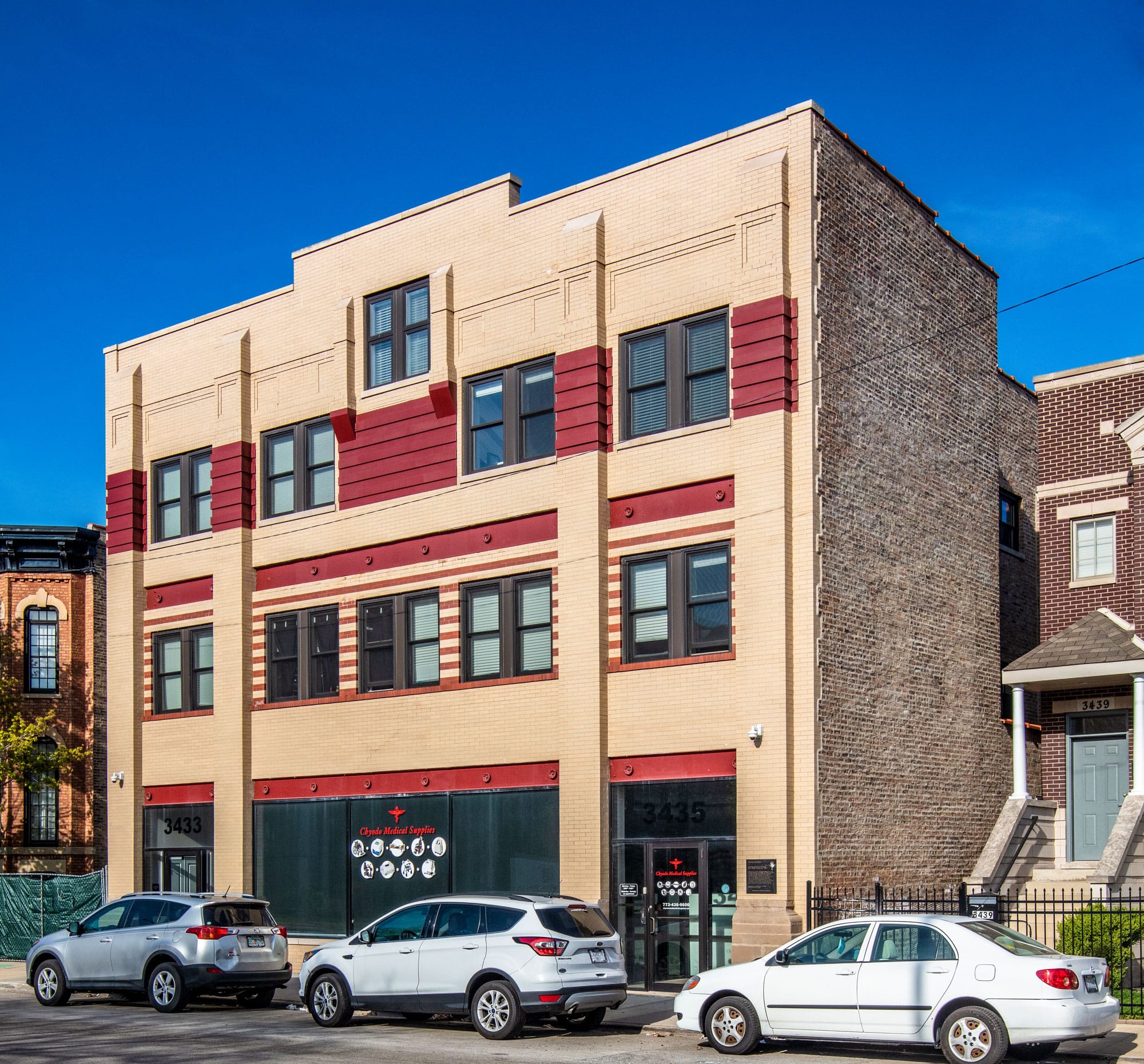 The former Armour Institute of Technology, which later became the Illinois Institute of Technology, sits at 3300 South Federal Street. Built in 1893, the building was once the site of the first Chicago kindergarten. Wells wrote in her autobiography that the Armour kindergarten was the only kindergarten in the community at the time and there was “little hope” that Black children would be allowed to attend. In response, she created the first Black kindergarten at Bethel AME Church. The Armour Institute building is now a city landmark, and it will be converted to affordable housing under a plan approved by the city. 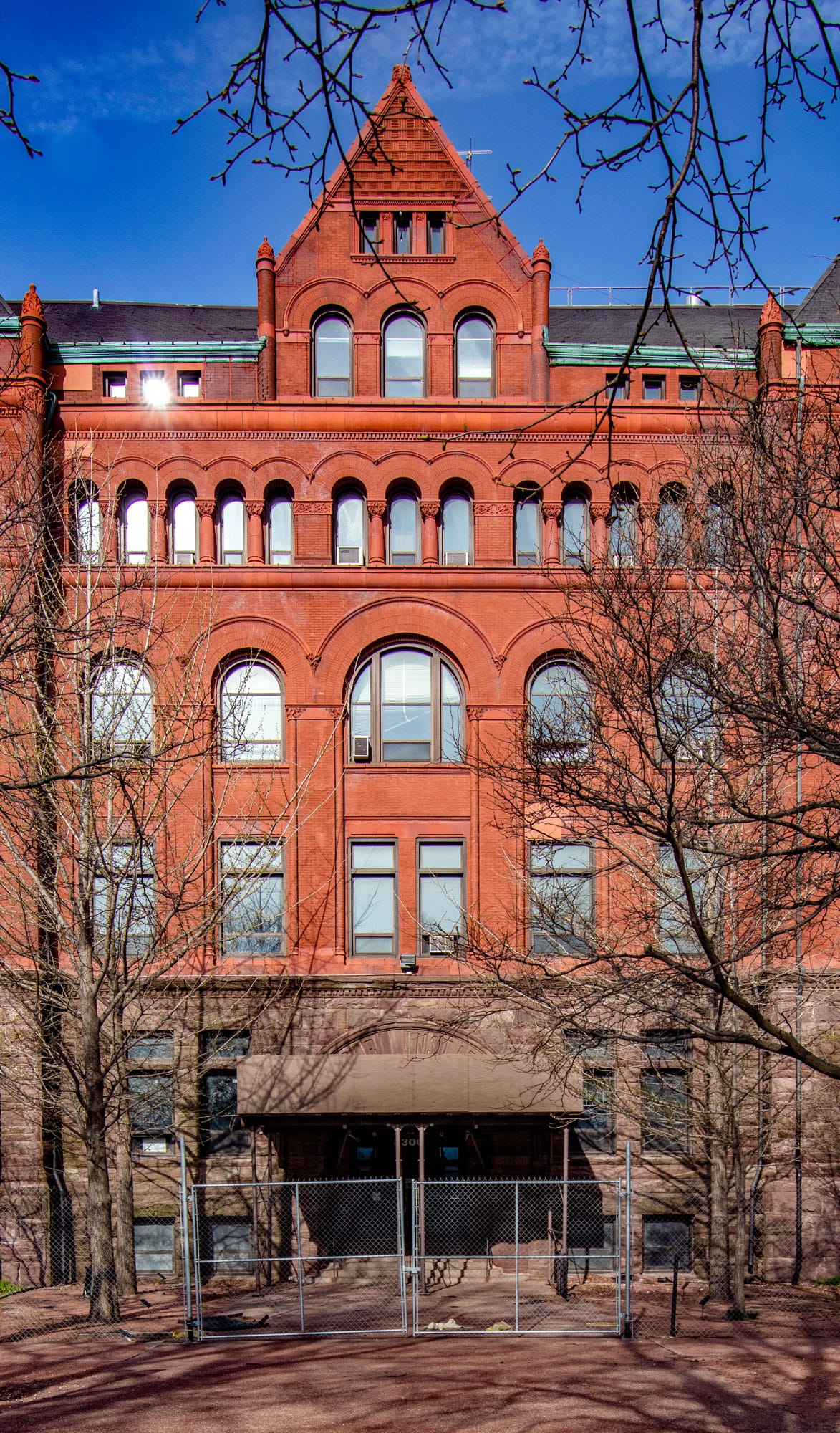 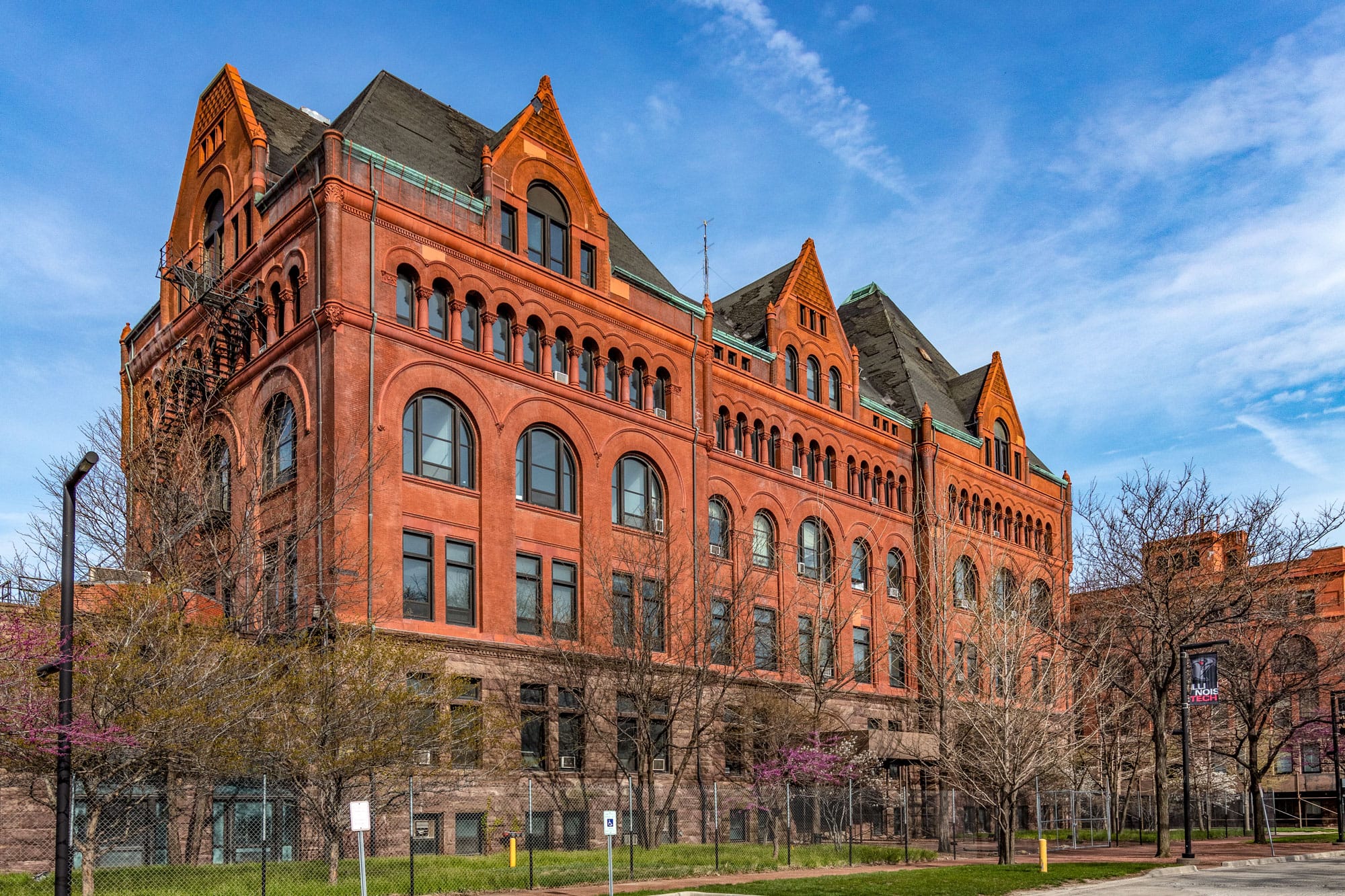 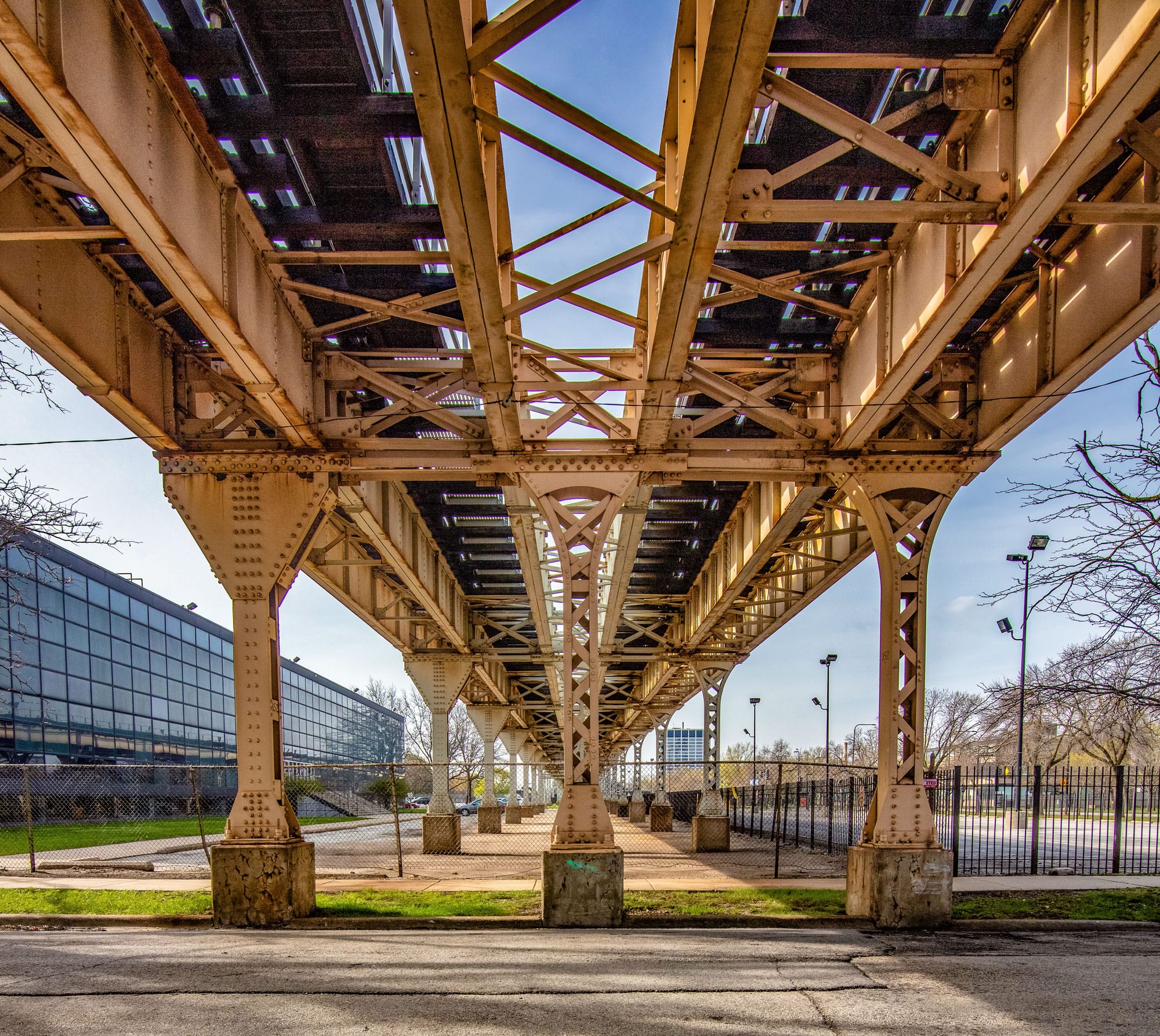 When Wells opened the Negro Fellowship League, Black men weren’t welcome at the YMCA. But in the years after the Negro Fellowship League was founded, this four-story building at 3763 South Wabash Avenue was called “the Colored Man’s Y,” because it was the only YMCA in Chicago that admitted Black residents. Built in 1911, the building became a center of cultural and athletic life during Bronzeville’s heyday. During a stay there in 1915, Carter Woodson founded the Association for the Study of African American Life and History, which would later establish Black History Month. Today, the building is operated by The Renaissance Collaborative, a group that provides housing and social services in the building. It is also home to many colorful murals. 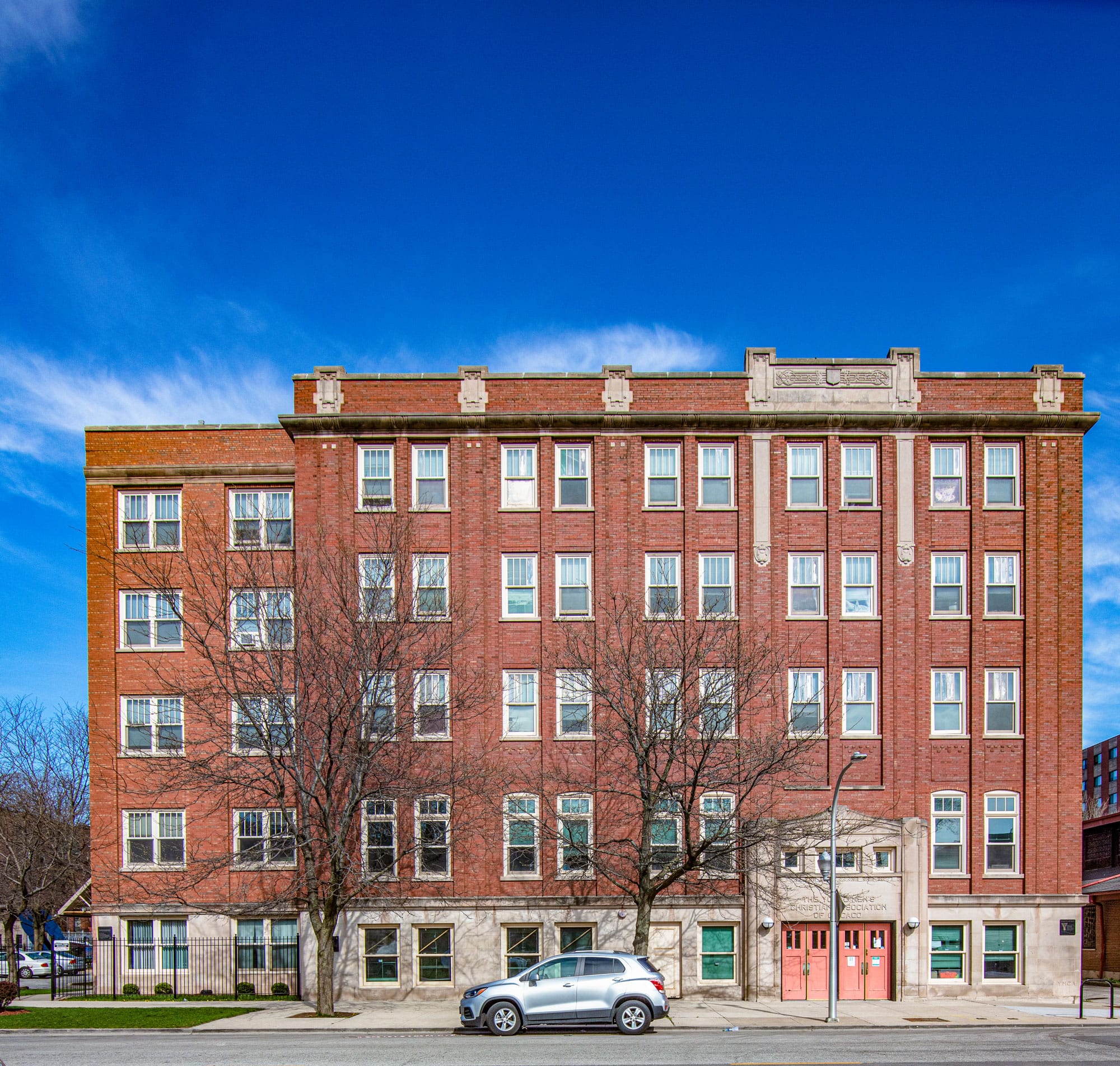 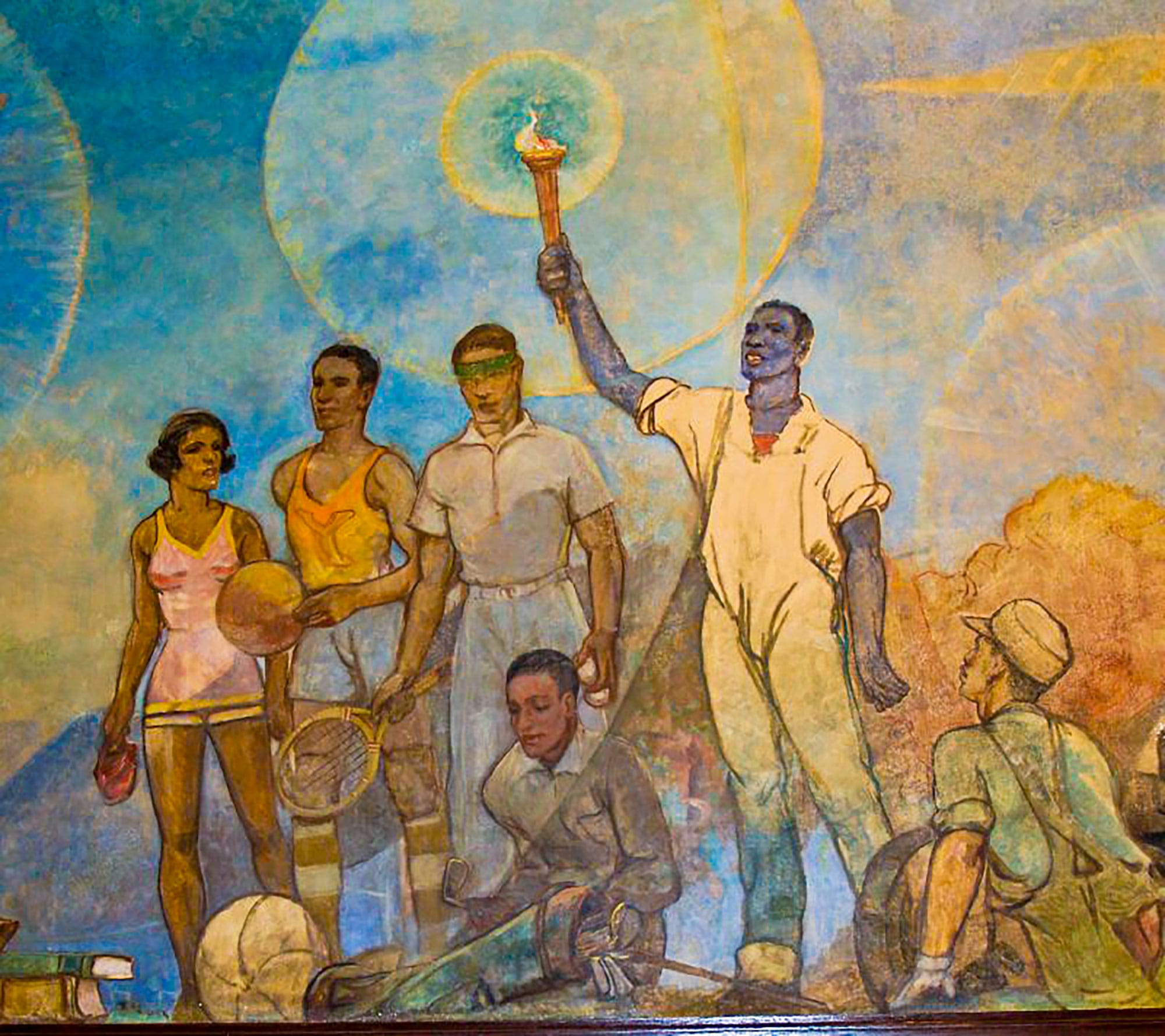 Quinn Chapel AME Church at 2401 South Wabash Avenue is the city’s oldest Black congregation. Built 1891, it was designed by architect Henry J. Starbuck. In her autobiography, Wells talks often of Quinn Chapel as the location for her various meetings and lectures. Wells and her friends once held a fundraiser at Quinn Chapel to raise money for the publication of ﻿The Reason Why the Colored American Is Not in the World’s Columbian Exposition. 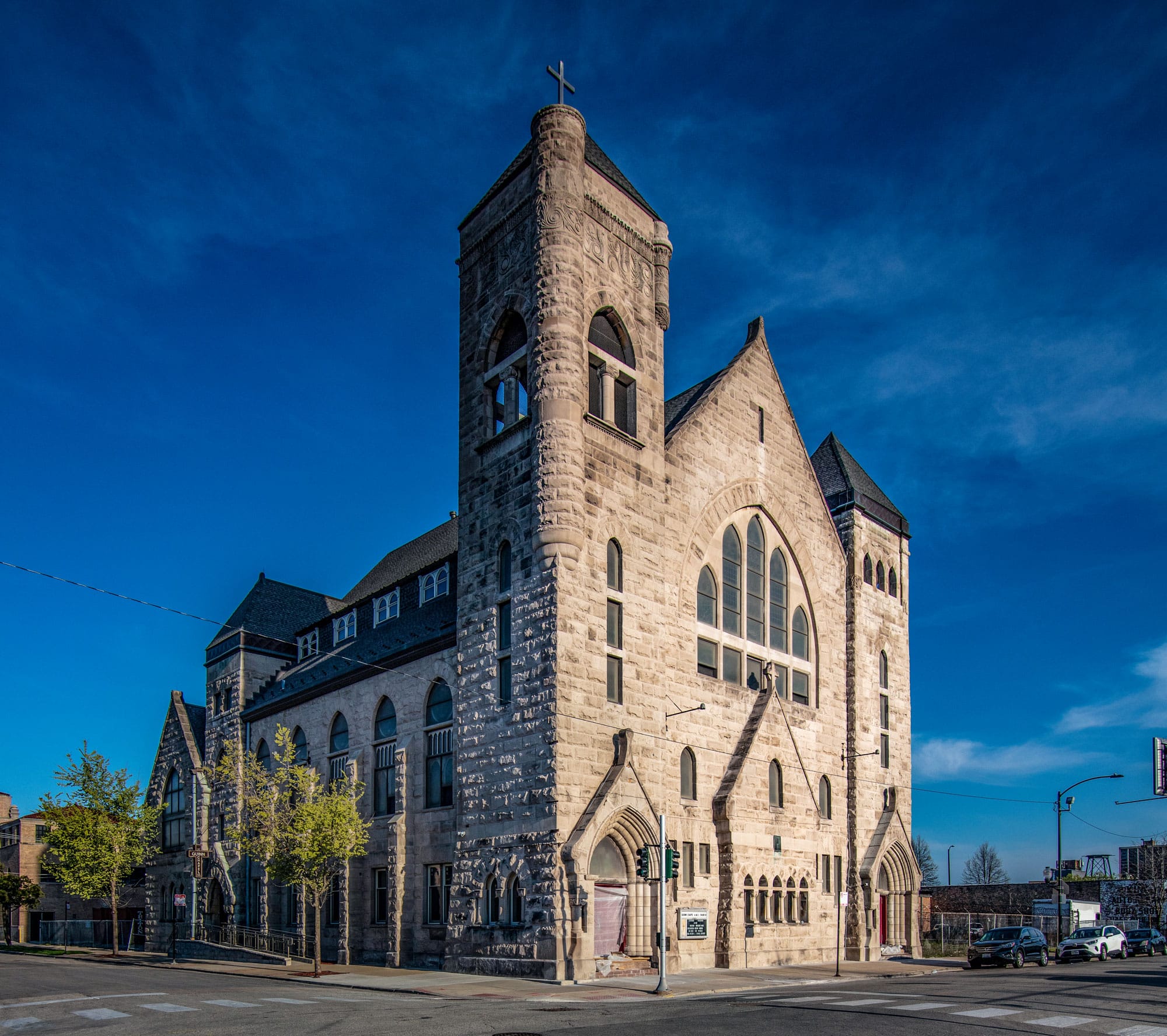 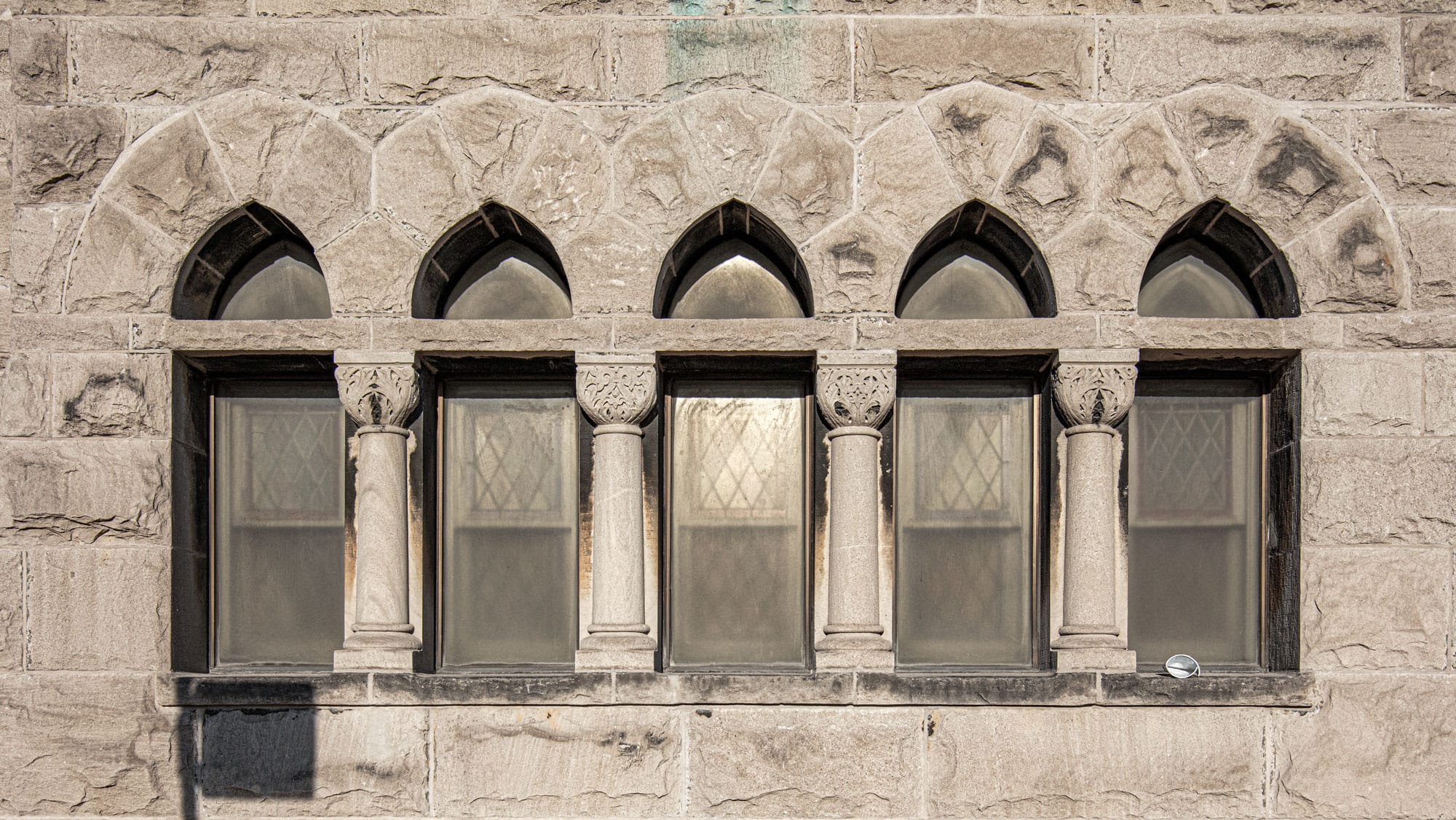 Olivet Baptist Church is the oldest Black Baptist church in Chicago. It was formed after two congregations merged in 1861. The building at 3101 South King Drive was built in 1874, and Olivet moved into the building in 1918. In the 1920s, it was home to the largest Protestant congregation in the world, with more than 10,000 members. Wells would have walked through the doors of Olivet often. In her autobiography, Wells mentions rushing to meet with the pastors at both Quinn and Olivet to organize protection for the Black community after the death of Eugene Williams. A white man killed Williams, a 17-year-old boy, when he crossed the “color line” at the segregated 29th Street Beach; Williams’ death sparked the 1919 Chicago race riots. Wells wrote of a disagreement with the pastor of Olivet, who supported the appointment of a prosecutor – whom Wells believed to have discriminatory prosecutorial practices – to try the murders in the riots. 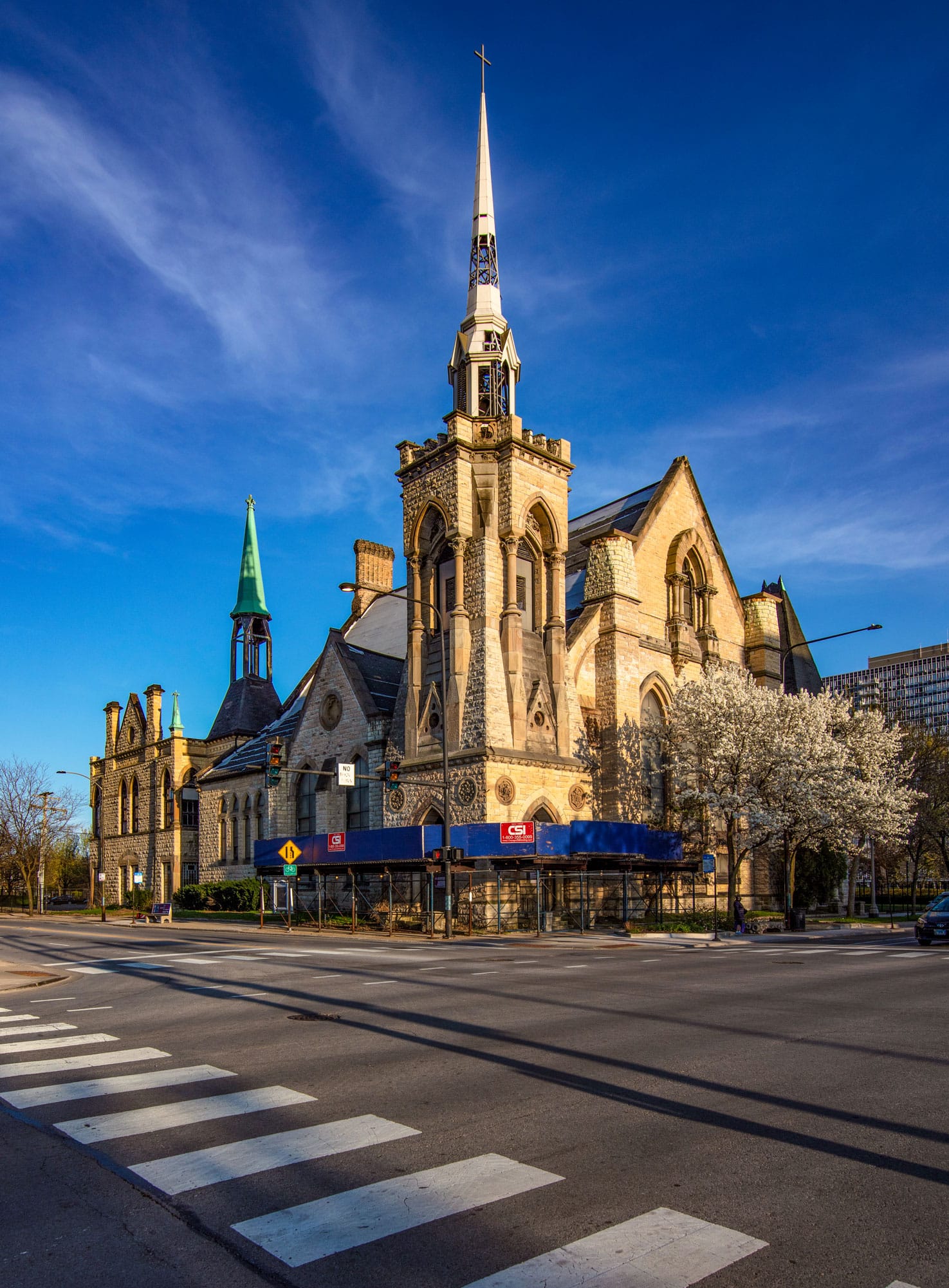 Sixth Presbyterian Church at 3600 South Vincennes Avenue is where Wells once worshipped. She called it “a church home in which to rear my children.” Seen here in 2008, the building was later demolished. Sixth Presbyterian is also where Wells led the Bible study group that later became the Negro Fellowship League. 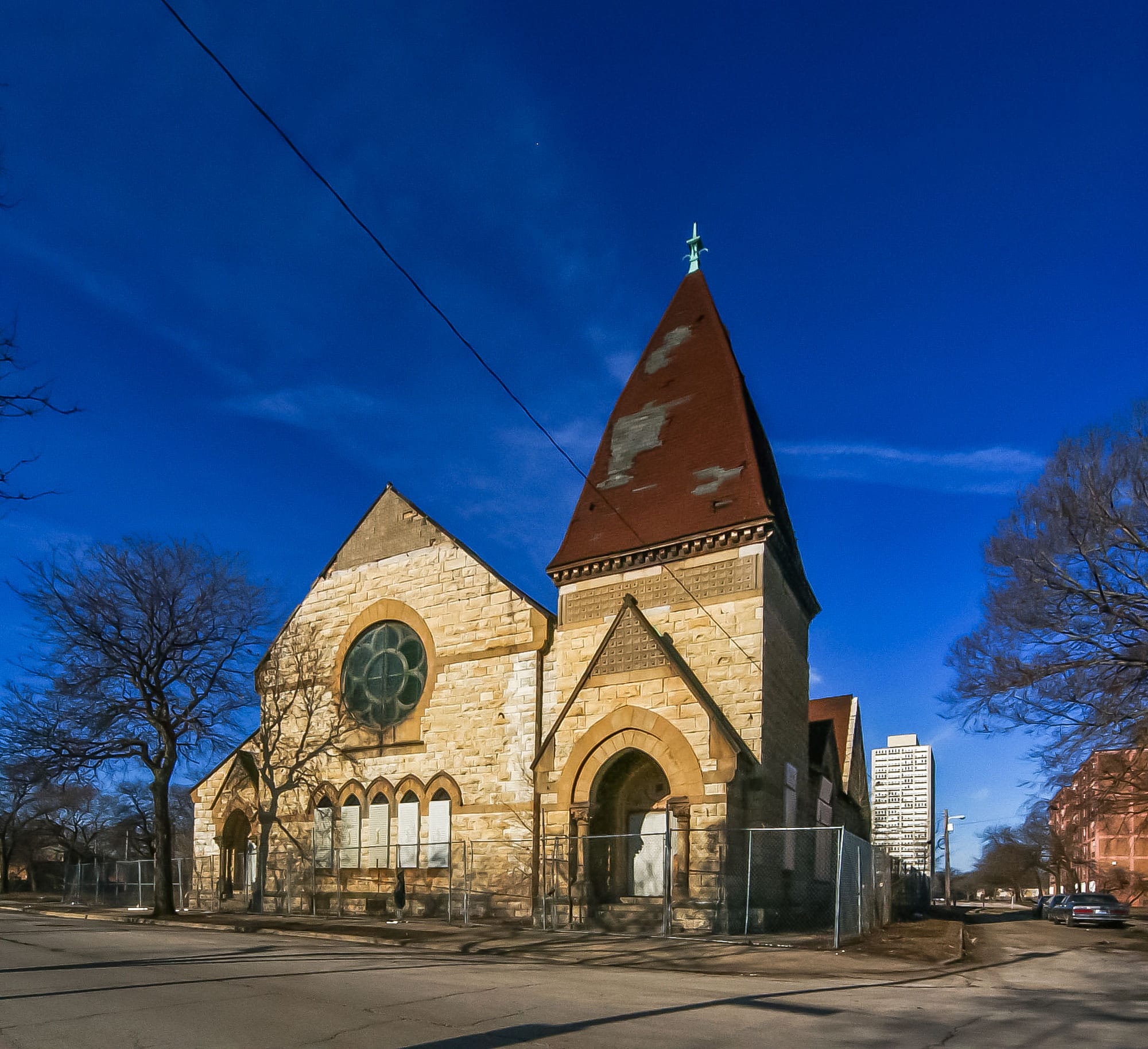 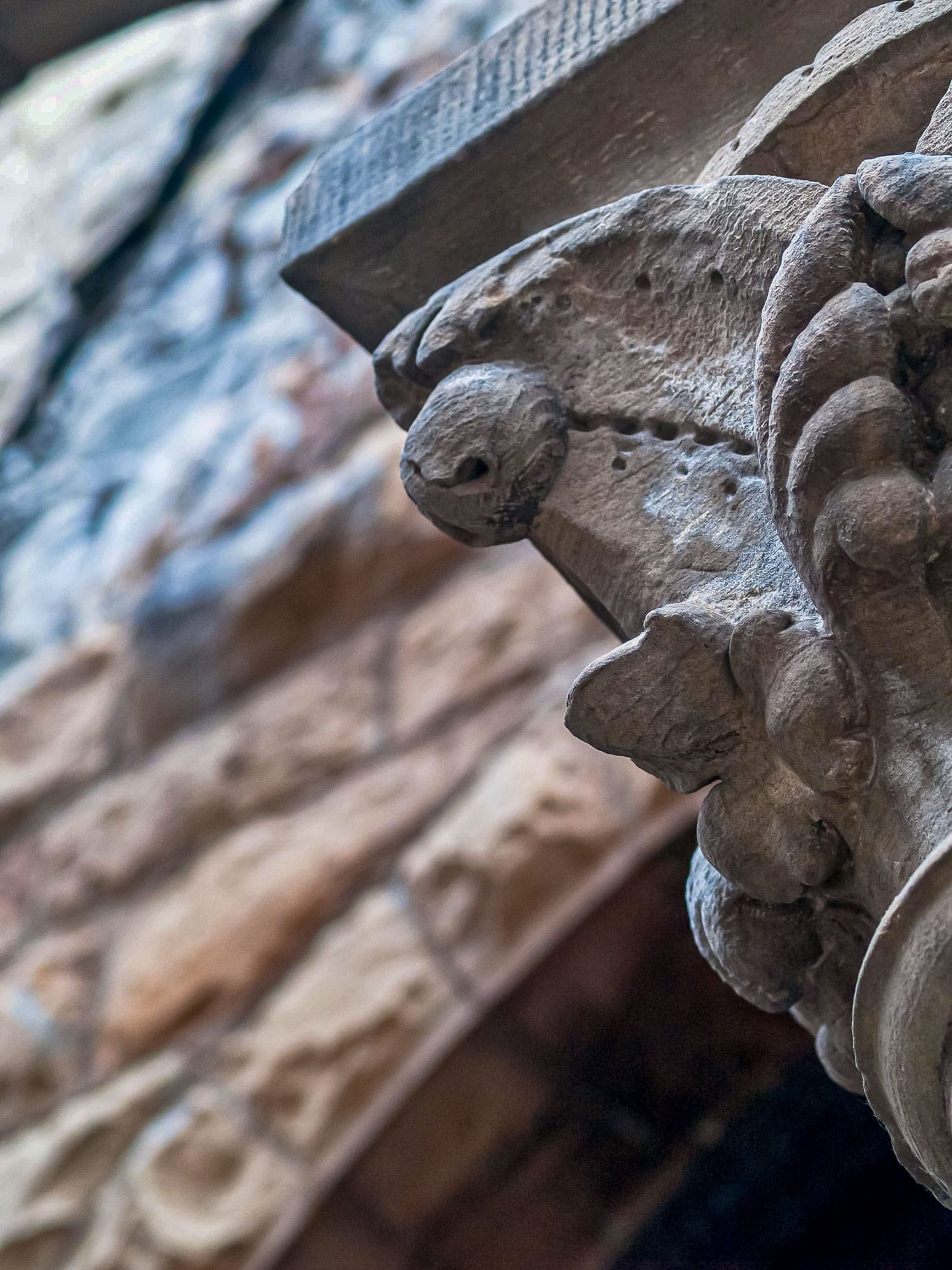 Built in 1927, the Victory Monument at 35th Street and King Drive honors the all-Black 370th Infantry. The 370th fought under French colors to liberate France during World War I because the U.S. Army didn’t want Black troops in combat. Leonard Crunelle sculpted the figures in 1927 and returned in 1936 to add the doughboy atop the monument. The monument features four bronze panels. One side features a plaque honoring Black Chicago military luminaries, including U.S. Air Force Major Robert H. Lawrence, Jr., who was in line to become the country’s first Black astronaut before he was killed in a 1967 jet crash. On another side, a female figure, Columbia, holds a tablet bearing the names of the battles fought by the 370th. A male warrior accompanied by an eagle represents the soldiers. Ferdinand Barnett’s son from his first marriage, Ferdinand, Jr., served in World War I. 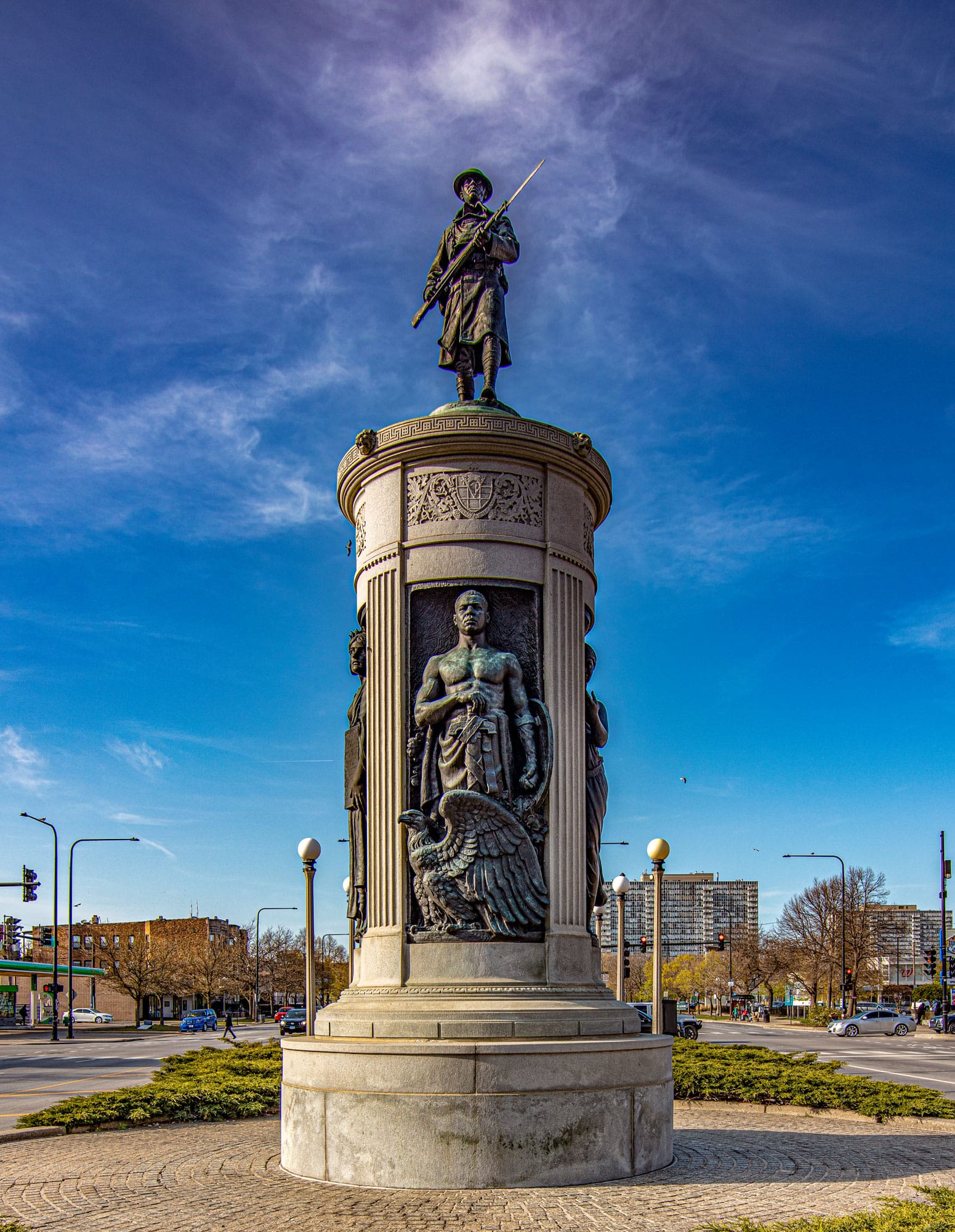 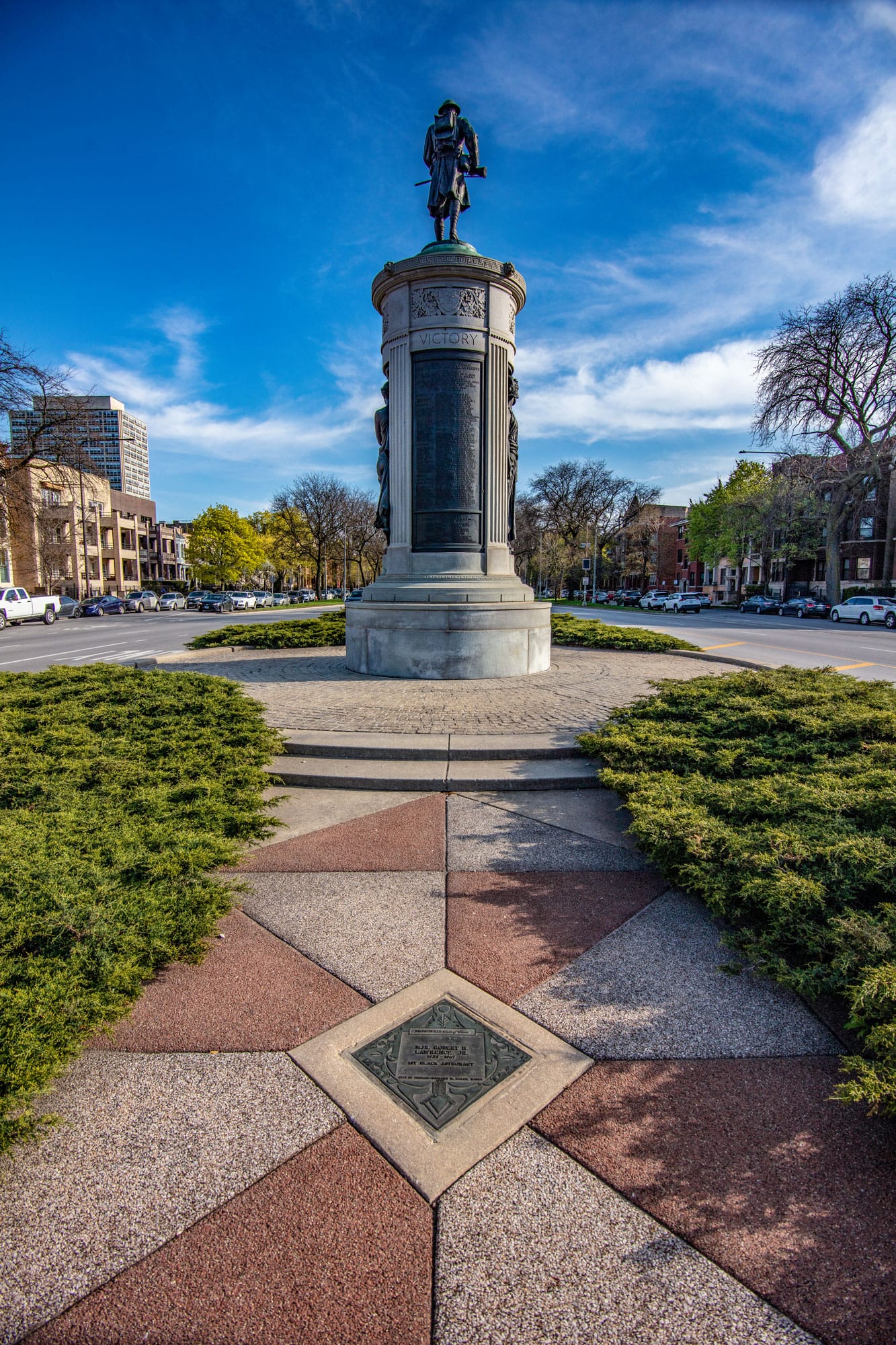 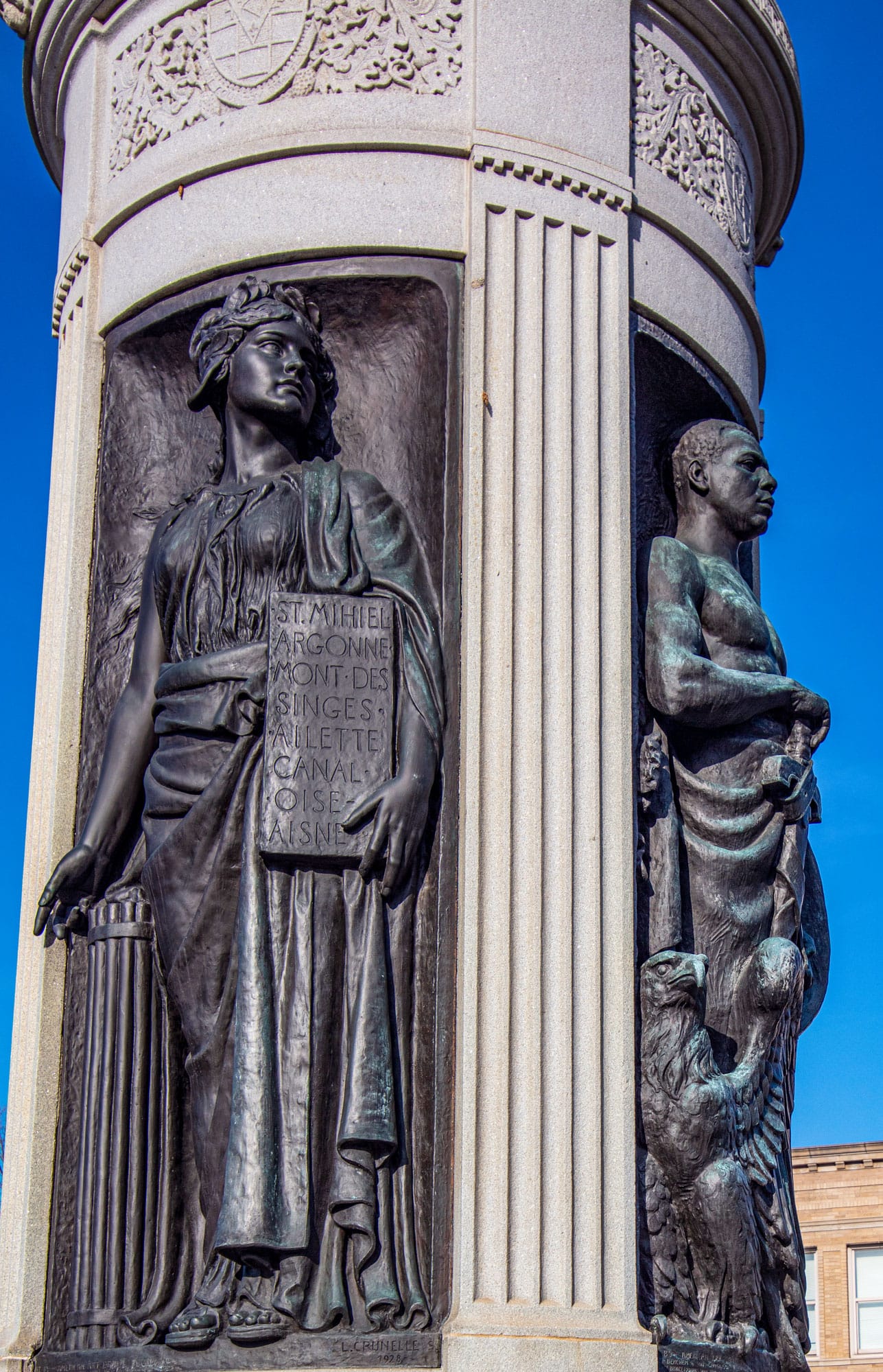 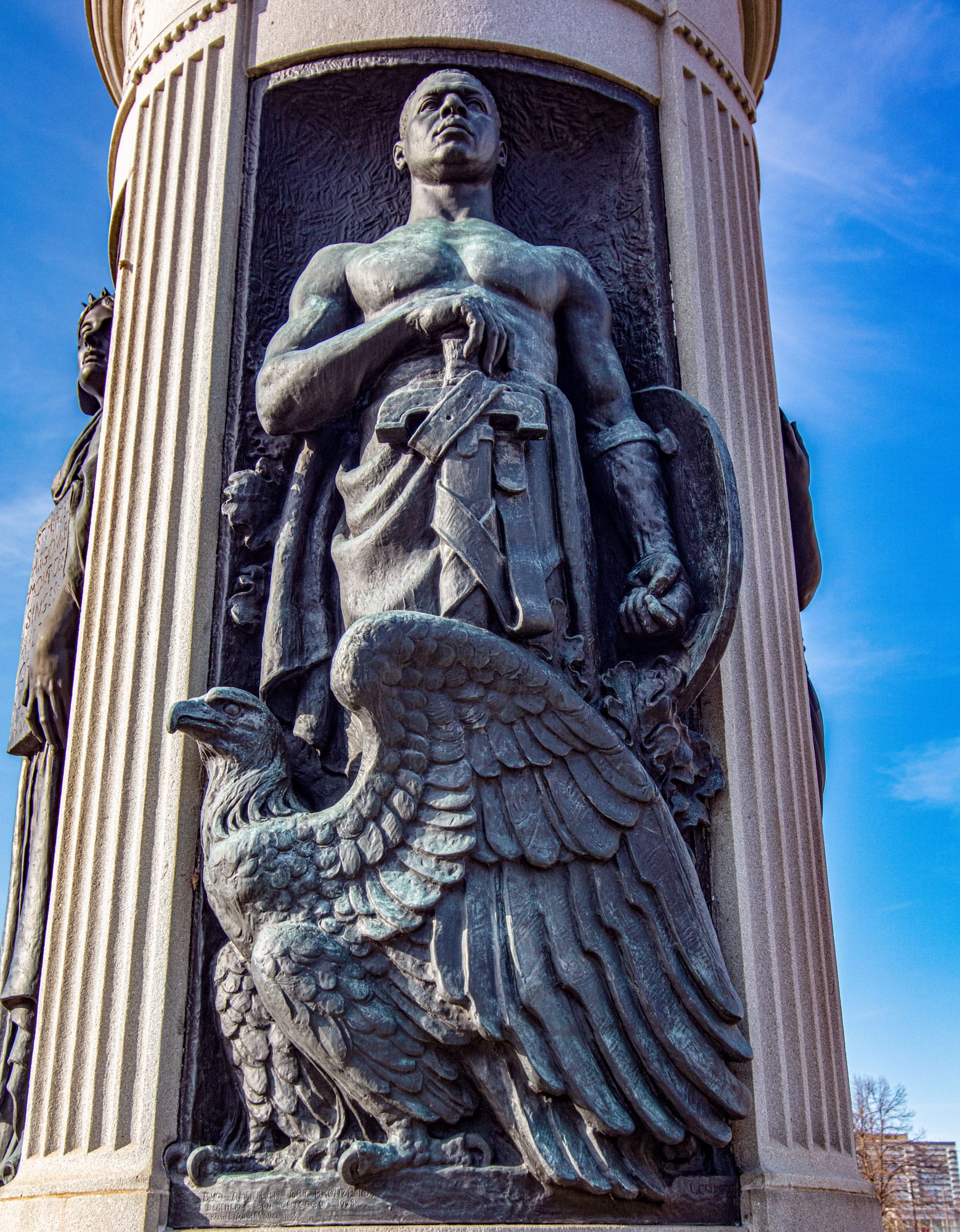 Ida B. Wells died in 1931. Her husband, Ferdinand, died 5 years later. They are buried together at Oak Woods Cemetery in the Greater Grand Crossing community. People honoring Wells’ legacy routinely leave flowers and other items at her grave marker. 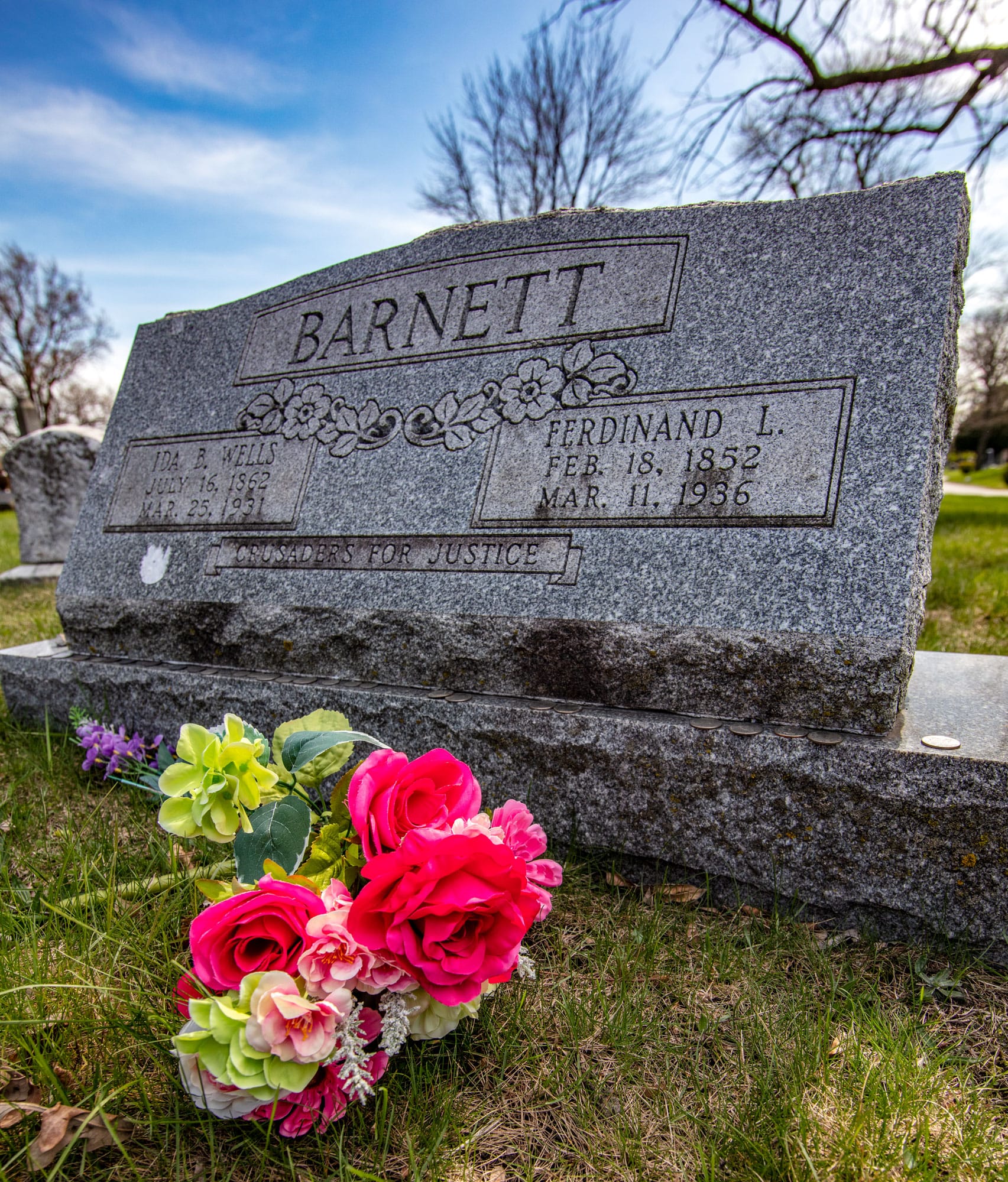 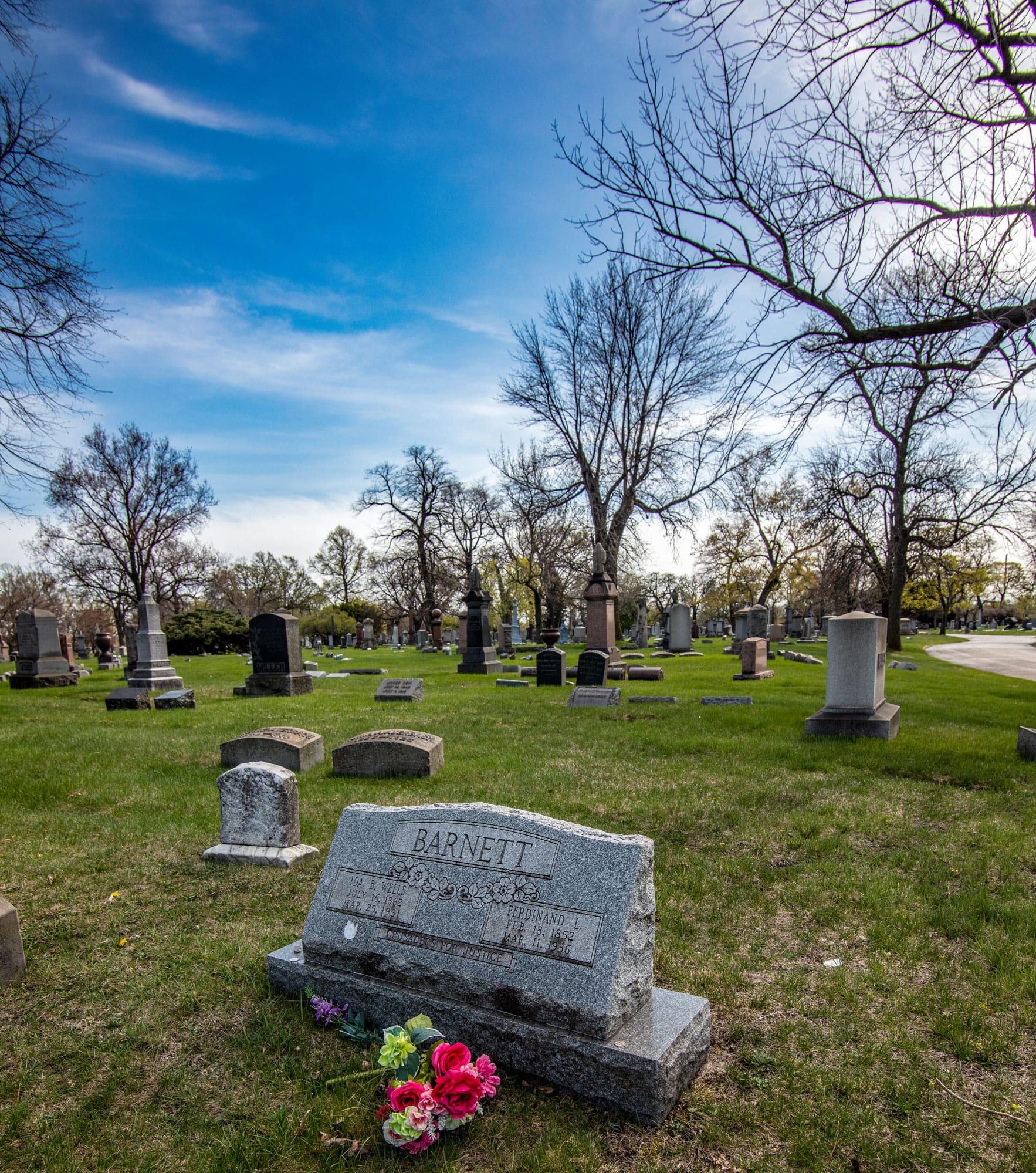 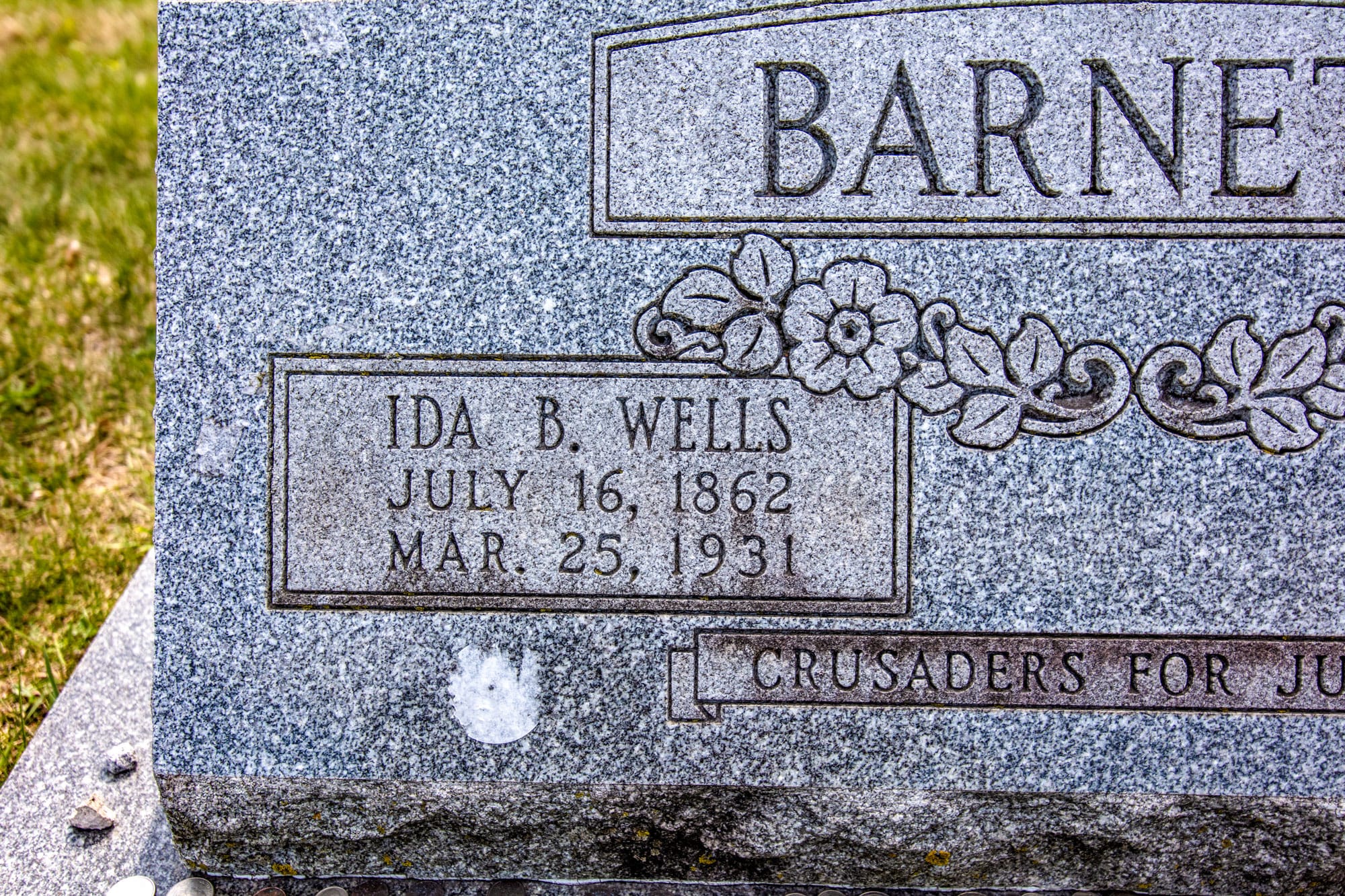 In 2019, Congress Parkway was renamed Ida B. Wells Drive, making it the first street in downtown Chicago to be named for a Black woman. It was officially renamed the year before, but street signs first went up in 2019. 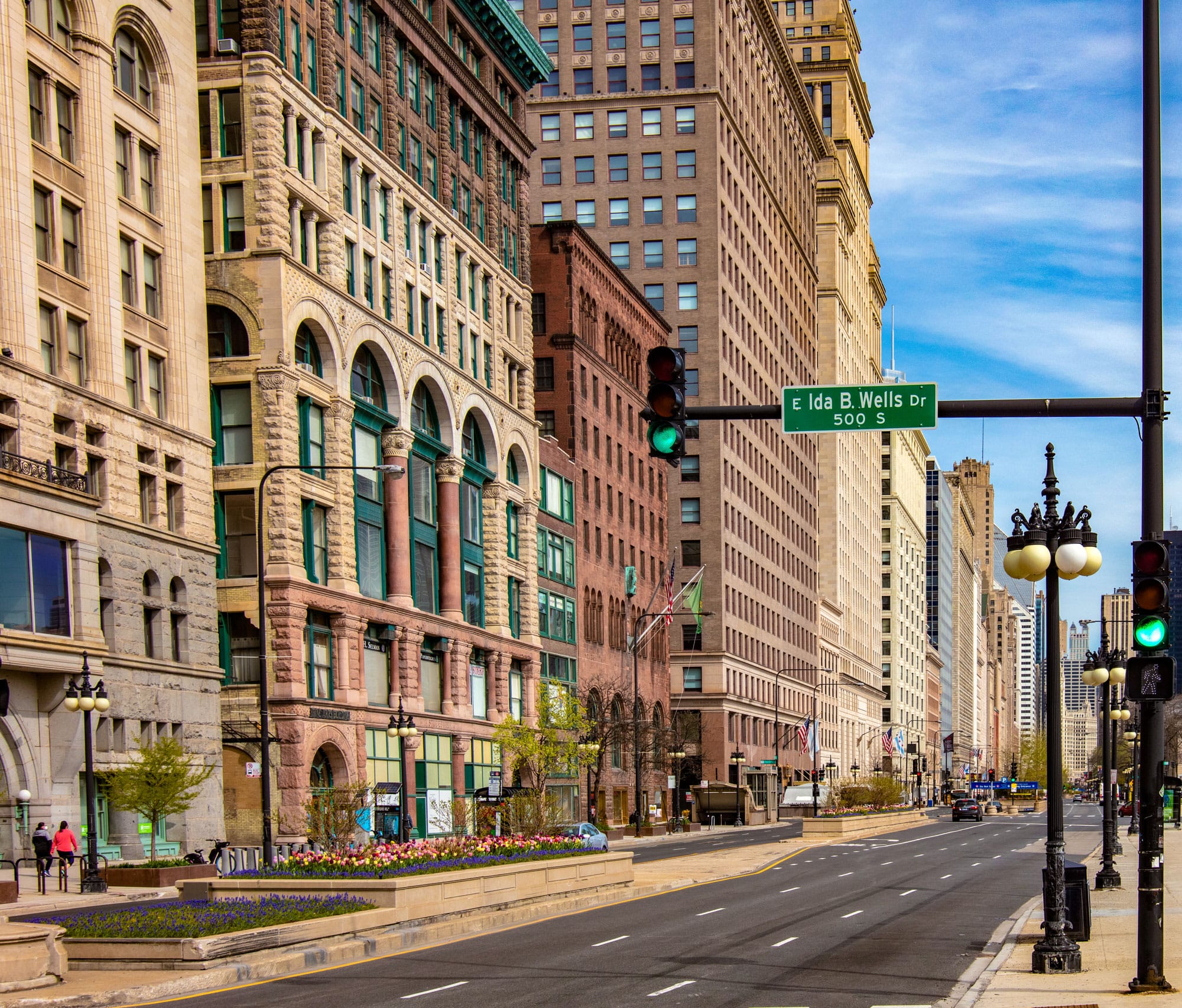 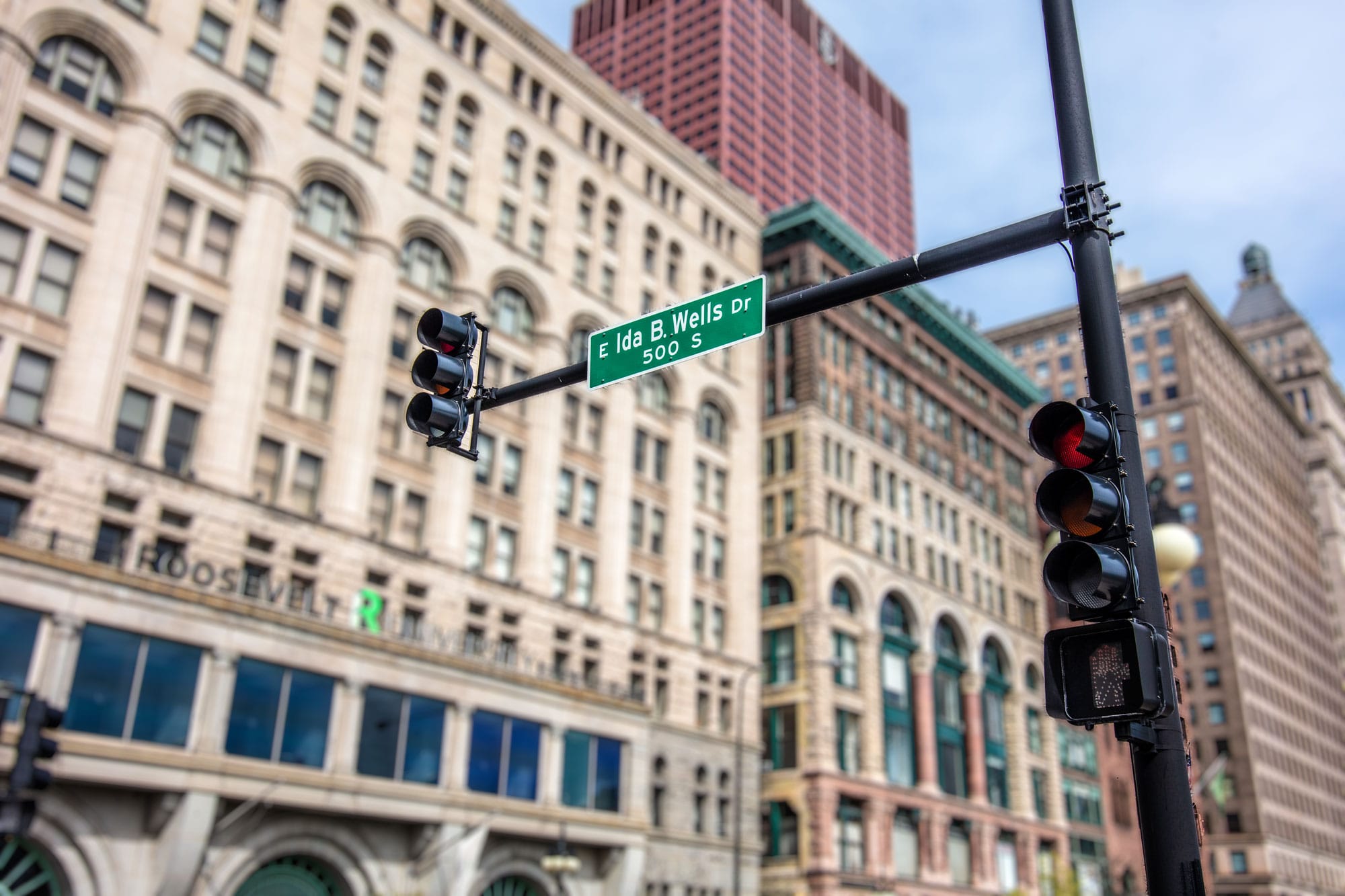 Exposing the “Thread-Bare Lie”: How Ida B. Wells Used Investigative Journalism to Uncover the Truth About Lynching