AfriCOBRA is a collective of African American visual artists which started in Chicago in 1968. Originally known as COBRA (Coalition of Black Revolutionary Artists), the group was drawn together by a desire to explore and define the black visual aesthetic. By 1970, the organization redefined itself and changed its name to AfriCOBRA: "Afri," referring to the African Diaspora, and a new definition of COBRA (African Commune of Bad Relevant Artists).

Original members of AfriCOBRA include Jeff Donaldson, Wadsworth Jarrell, Gerald Williams, and Barbara Jones-Hogu. Jones-Hogu writes in the web magazine Area Chicago that AfriCOBRA aimed to share with the African American community the truth and beauty of black self-identity.

"We wanted to speak to them and for them, by having our common thoughts, feelings, trials and tribulations express our total existence as a people. We were aware of the negative experiences in our present and past, but we wanted to accentuate the positive mode of thought and action. Therefore, our visual statements were to be Black, positive and direct with identification, purpose and direction."

In 1967, a mural called The Wall of Respect was created by artists from the Organization of Black American Culture (OBAC), many of whom would later found AfriCOBRA. Painted on a South Side building at 43rd Street and Langley Avenue, The Wall of Respect was groundbreaking, outdoor public art and helped to inspire dozens of mural paintings across the country. The Wall celebrated and honored African American heroes in different areas of black culture. It was a bold, powerful statement of racial pride and progress. A 1978 guide to Chicago murals by The Chicago Council on Fine Arts called such pieces of art "walls with tongues."

AfriCOBRA is one of the nation's longest running artist collectives. 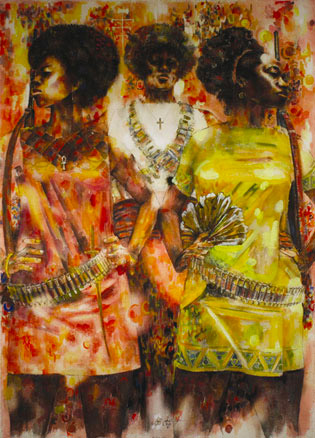 Wives of Shango by Dr. Jeff Donaldson. Donaldson, a key figure in the establishment of the Black arts movement of the 1960s and 1970s, was a founding member of Organization of Black American Culture (OBAC) and African Commune of Bad Relevant Artists (AfriCOBRA).

Relate to Your Heritage 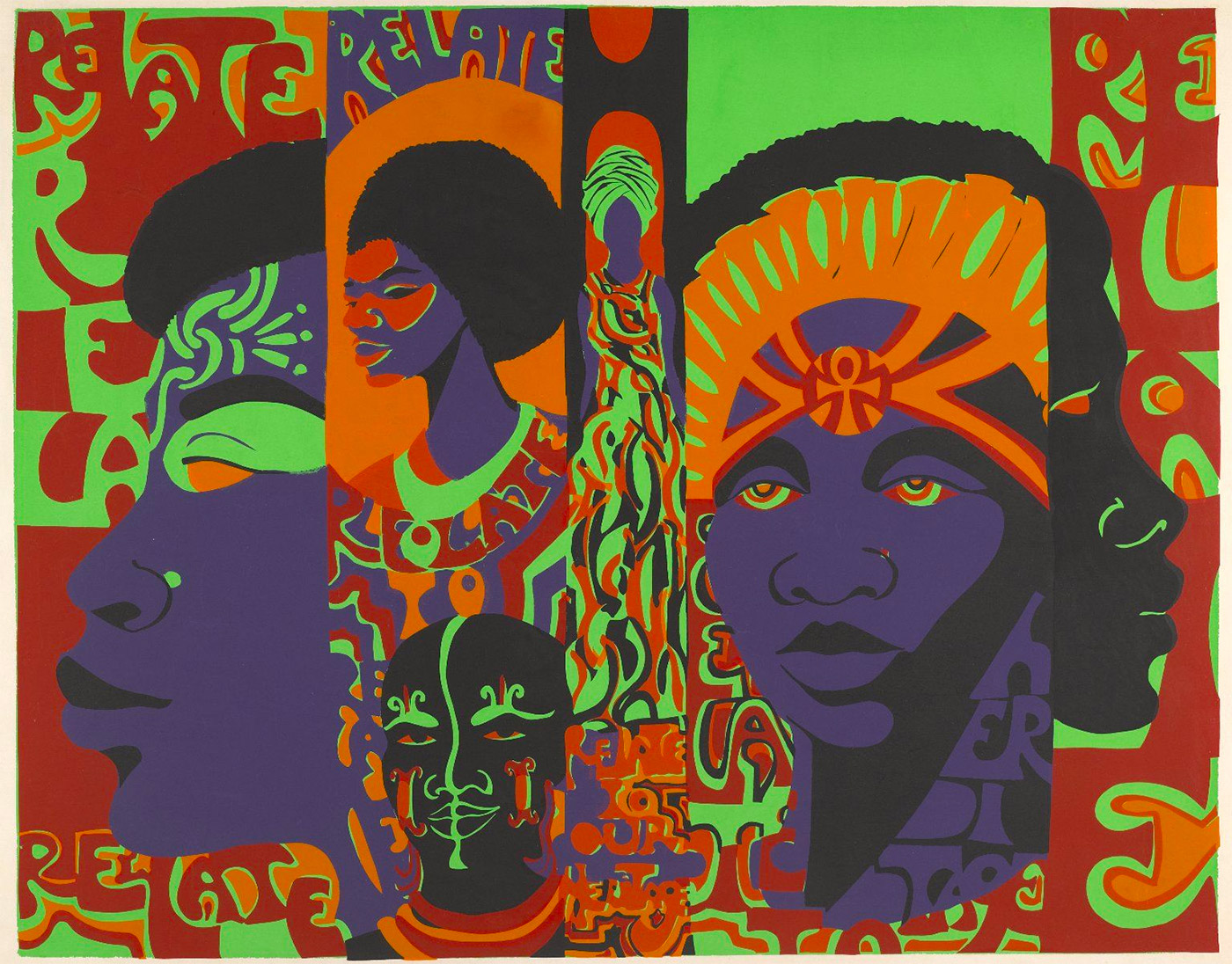