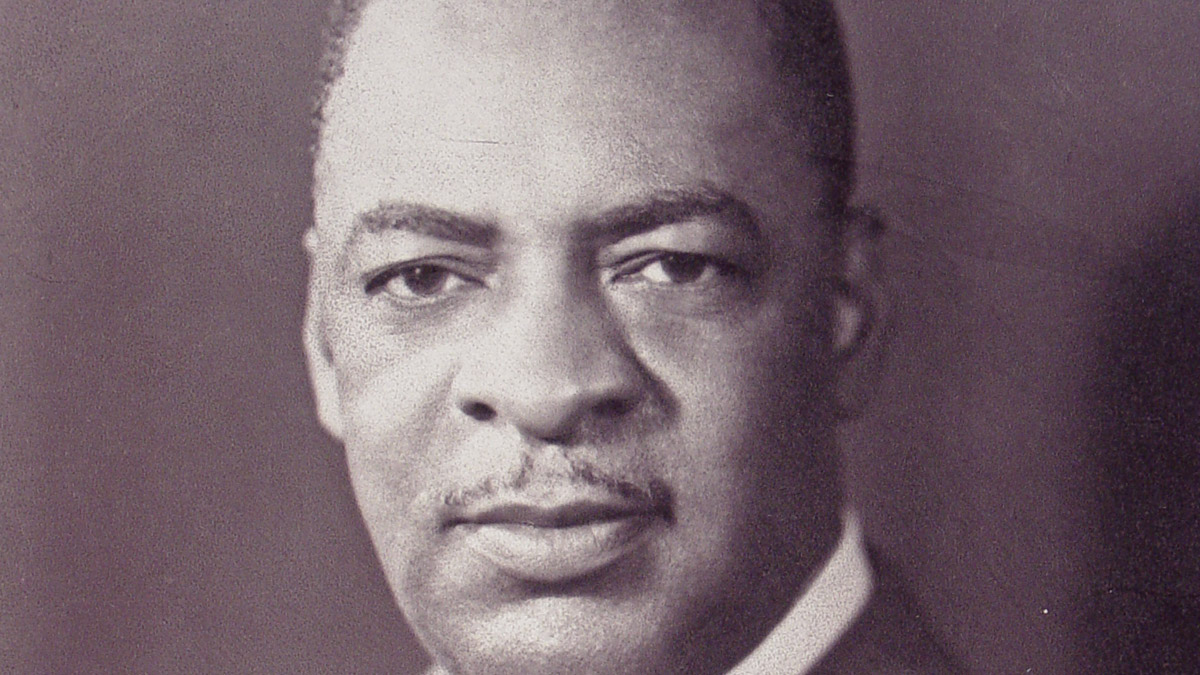 A skilled and ambitious politician, William L. Dawson (1886-1970) represented Illinois in the U.S. House of Representatives for 27 years. The former committeeman built Chicago's first black political machine and used his influence to improve the lives of African Americans in his district. 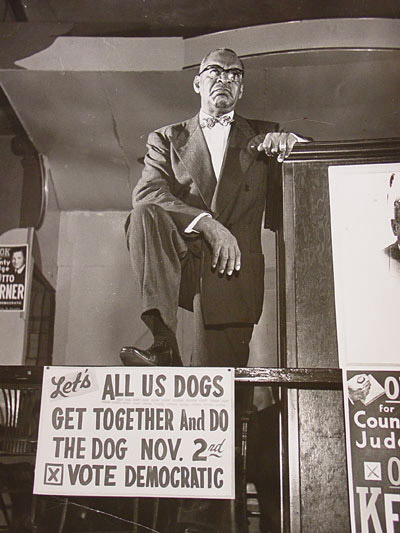 Dawson's first elected office was as an alderman representing the 2nd Ward in Chicago in 1933. With strong links to the Republican Party, he held the position for six years. Seeking a higher office, Dawson ran in the primary for the Illinois House in 1938. He won, against his mentor and incumbent Republican Oscar DePriest, but lost the election and the support of the Republican Party. He was then was defeated again when he tried to claim a seat in the Chicago City Council as an Independent. But the effects of President Roosevelt's New Deal administration served as a turning point in his political career.

Chicago experienced a dramatic political realignment in the 1930s. Impressed with the Depression era programs and policies of President Roosevelt's New Deal administration, black Republicans defected in droves to the Democratic Party, and seeing a new political opportunity, Dawson went with them. In 1939, Democratic Mayor Edward J. Kelly installed Dawson as the Democratic 2nd Ward committeeman.

Dawson proved adept at organizing the increasing number of black Democrats on the South Side and soon consolidated his political power. He effectively used patronage and precinct workers to develop a strong voting block that generally gave local, state, and national Democratic candidates impressive majority votes. Dawson would eventually control as many as five wards, forming the city's first black political machine.

In 1942, Dawson was elected to Congress. He was the only African American serving in Congress during his first term. Dawson held many influential positions and was the first black member to chair a standing committee. He continually received strong support at the polls on Election Day, but in time, critics complained about his reluctance to boldly advocate for targeted improvements in the black community. Dawson said he preferred to act discretely behind the scenes, applying force along regular political channels. But other saw his actions differently. In 1957, the Chicago Defender said Dawson was "non-committal, evasive, and seldom takes an outspoken stand on anything. Bill Dawson is, by all odds, ultra-conservative." 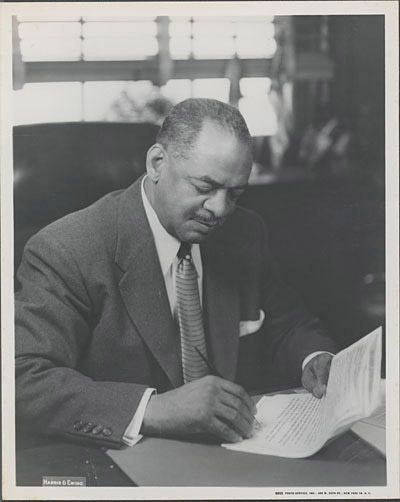 Dawson signing papers (Source: Photo by Harris and Ewing, Collection of the U.S. House of Representatives)

Even though Dawson's taciturn approach to issues of race was at odds with many black leaders of the 1960s, he remained true to Chicago's political machine which gave him his power and managed to keep firm control of his organization until the waning years of his career.