In late 1965, Martin Luther King Jr. brought his crusade for civil rights to Chicago. He came at the invitation of the Chicago Freedom Movement, a coalition of 44 civil rights organizations working to end slums and improve living conditions for blacks in the city. The campaign offered King and the Southern Christian Leadership Conference (SCLC) an opportunity to move the civil rights struggle into a new phase, one that addressed entrenched racial discrimination in urban cities which kept blacks locked in ghettos, overcrowded schools, and low-paying jobs.

In the early months of the movement, King and his family moved into a West Side ghetto apartment in the 1500 block of South Hamlin. The move grabbed national headlines and illuminated deplorable housing conditions that King called "typical" for blacks in Northern cities. King pushed for fair and open housing and used the non-violent strategies of the civil rights movement to try and bring about change. Rallies, boycotts, and grassroots lobbying drove the 17-month campaign, but it was the marches in hostile white territory that forced the city to respond.

News cameras captured the depths of racial tension during an open housing march into the all-white neighborhood of Marquette Park. Mobs of angry whites screamed obscenities and hurled rocks, bricks, and bottles toward the protesters. As the marchers walked peacefully, King was struck in the back of the head with a rock, which knocked him to the ground. After recovering, King commented, "I have seen many demonstrations in the South, but I have never seen anything so hostile and so hateful as I've seen here today."

Conflict and tension continued to rise until Mayor Richard J. Daley succumbed to pressure and came to the negotiating table. The result was a "Summit Agreement" which King called "the most significant program ever conceived to make open housing a reality in a metropolitan area." Though the agreement resulted in some positive concessions and benefits, the campaign did not achieve the full impact desired by the Chicago Freedom Movement.

Personal memories of a march

Former U.S. Senator Carol Moseley-Braun describes her experience as a young girl in 1966 marching with Dr. King through Gage Park in Chicago. 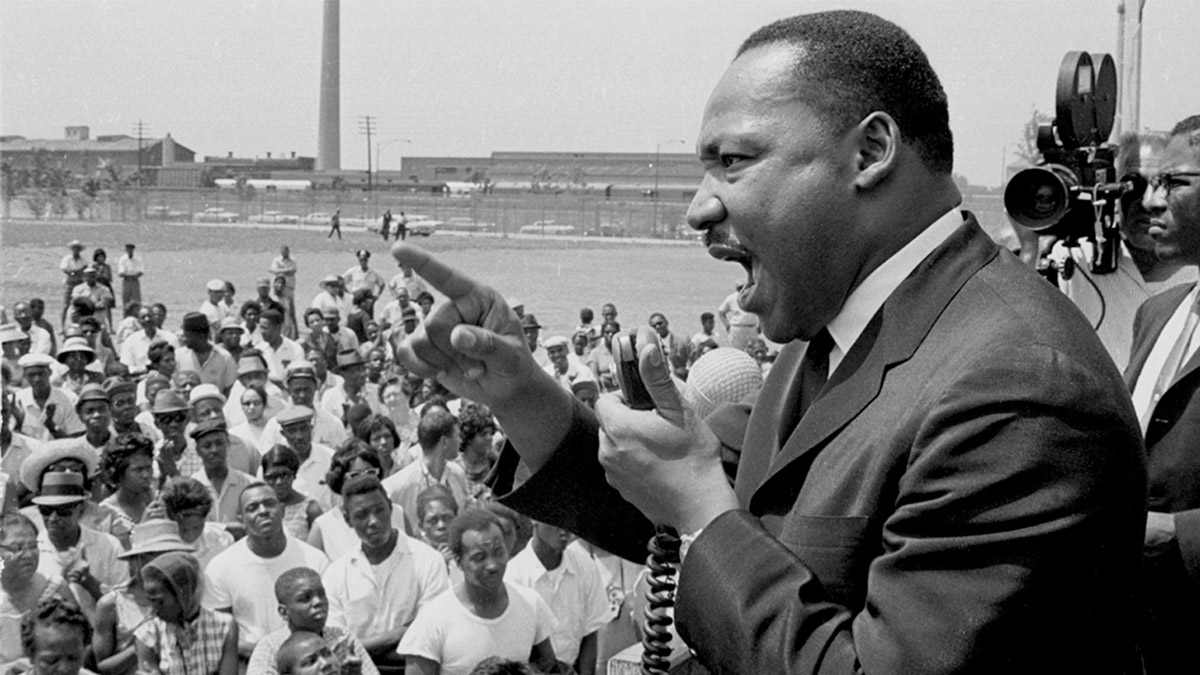 During the Chicago Freedom Movement, King faced cynicism he had not seen before. He remarked, "The only time I have been booed was one night in a Chicago mass meeting by some young members of the Black Power movement. I went home that night with an ugly feeling. I had urged them to have faith in American and in white society. Their hopes had soared. They were now booing because they felt we were unable to deliver on our promises."

Author and social historian, Lerone Bennett, talks about how Dr. King had to develop new tactics to confront northern racism.

Rev. Jesse Jackson describes the many victories of the Chicago Freedom Movement. 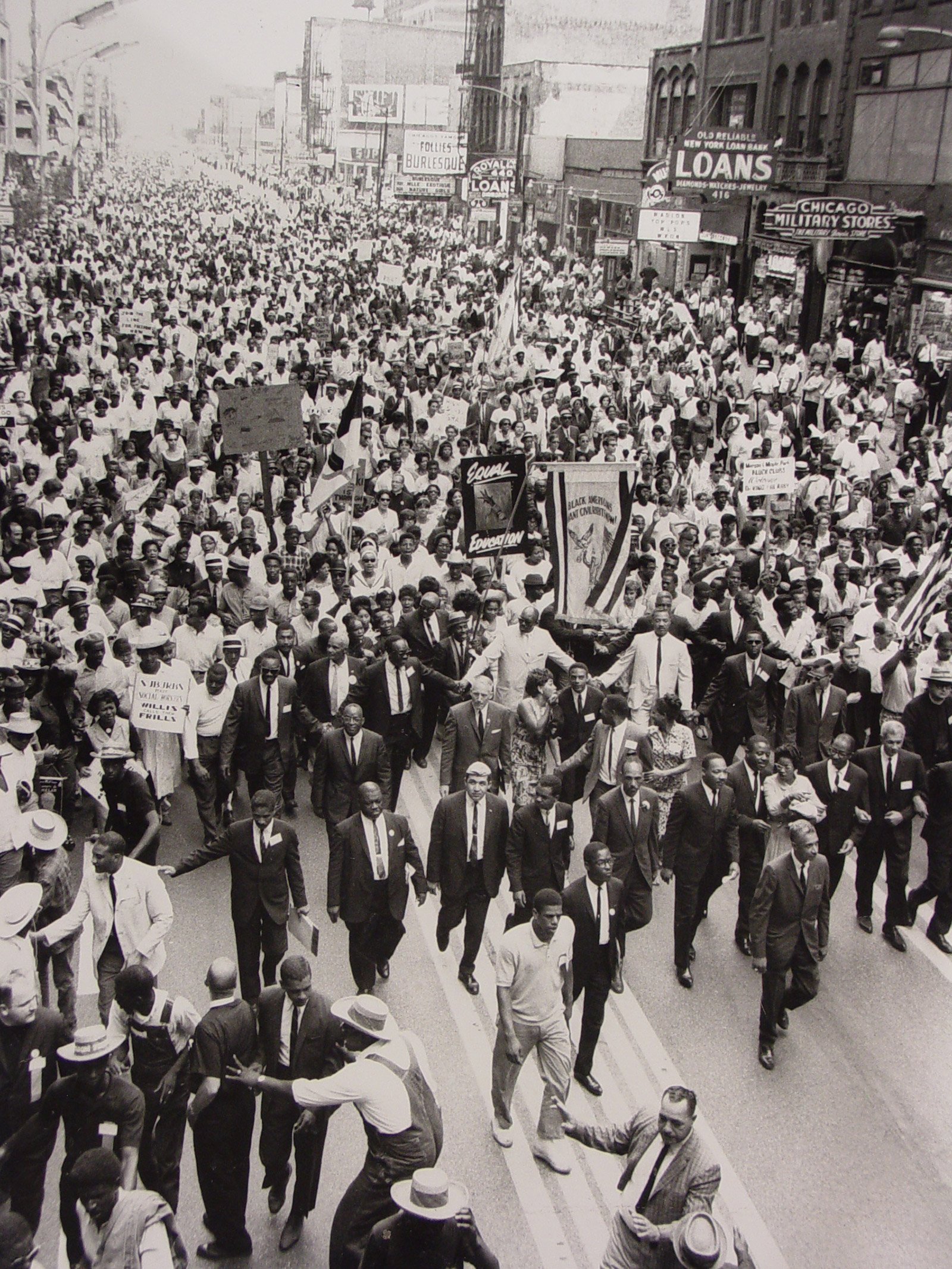 Civil rights leader Dr. Martin Luther King, Jr. was struck in head by a rock hurled by from a crowd of angry whites. 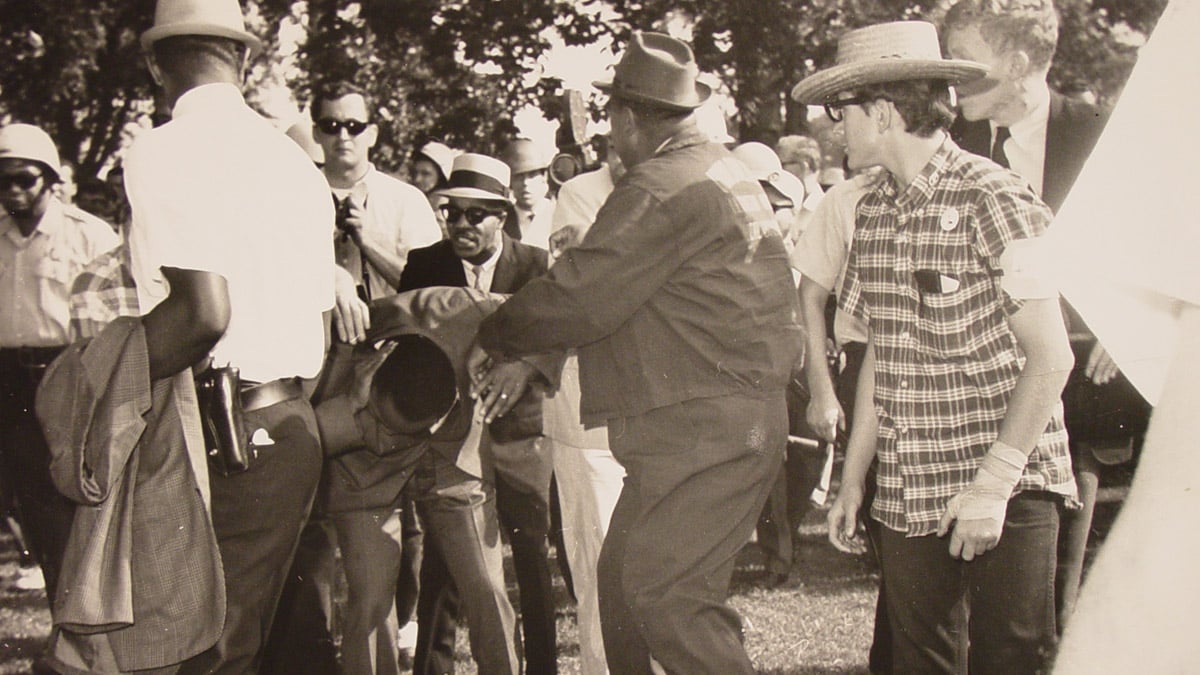