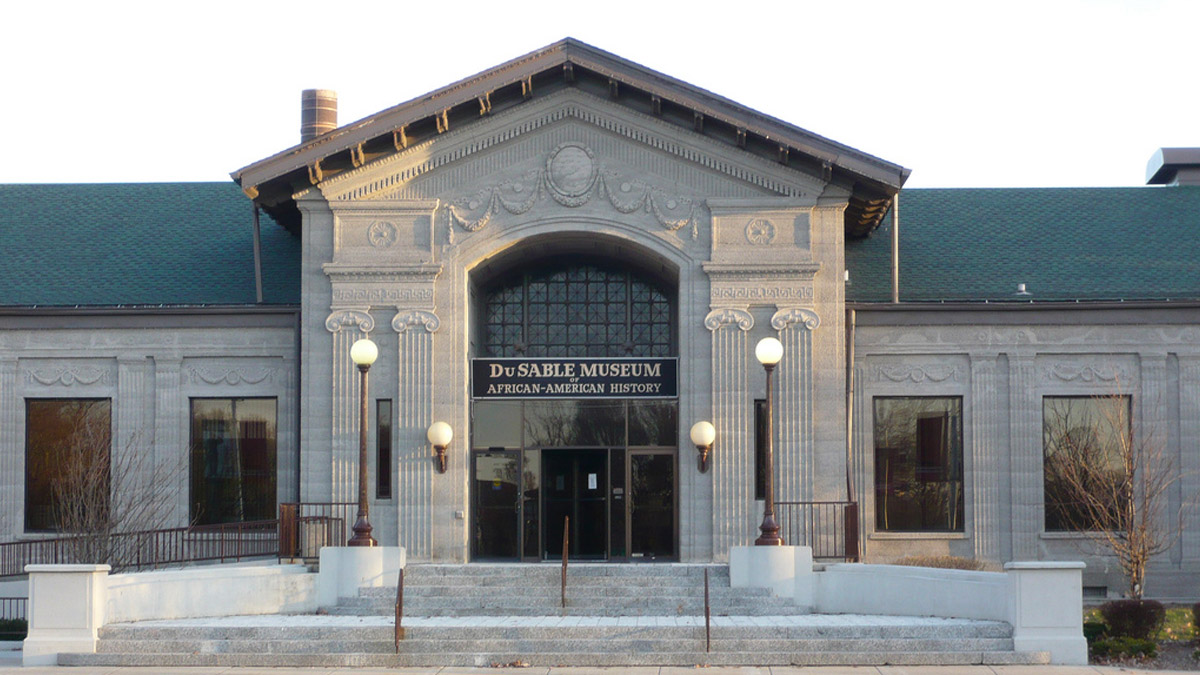 Next: The Woodlawn Organization >

Founded in 1961 by teacher and art historian Dr. Margaret Burroughs and other leading Chicago citizens, the DuSable Museum is one of the few independent institutions of its kind in the United States. Developed to preserve and interpret the experiences and achievements of people of African descent, it is dedicated to the collection, documentation, preservation and study of the history and culture of Africans and African Americans. The DuSable Museum's diverse holdings number more than 15,000 pieces and include paintings, sculpture, print works and historical memorabilia. Special exhibitions, workshops and lectures are featured to highlight works by specific artists, historic events or collections on loan from individuals or institutions.

Chicago is a city rich in African-American History and the Museum is named for Jean Baptiste Point DuSable, a Haitian of African and French descent, who in 1779 established the trading post and permanent settlement which would become known as Chicago.