< Previous: Death of a Black Panther

John White holds a unique place in African-American journalistic history. Not only is he part of the tiny percentage of African Americans who have found employment as photographers in America's fourth estatealso known as print journalismhe has enjoyed a renowned 40-year career and was awarded a Pulitzer Prize.

While working at the Chicago Daily News in 1973, White got the unique assignment to work for the federal government and, more specifically, the Environmental Protection Agency (EPA) for a program called DOCUMERICA. Modeled after the successful WPA project of the 1930s and 1940s, photographers in DOCUMERICA were to capture scenes of environmental blight (though it eventually opened up to a broader canvas). The result, from photographers all over the country, represents a rich tapestry of American life in the 1970s. According to White, this assignment represented "an opportunity to capture a slice of life, to capture history."

White focused on the African-American community in Chicago, at that time a place steeped in segregation. In his series of photographs, he presents the rich and varied lives on the city's South Side, from the faces of the distressed and dignified to the lives of the deeply religious, from Jesse Jackson's controversial pulpit to hard working brothers trying to make a buck. It is John White's vision of a city, of a community, and of a place that few outside his community knew well.

John White continues to capture images of the city for the Chicago Sun-Times. He has been the recipient of numerous awards, including induction into the Chicago Journalism Hall of Fame. 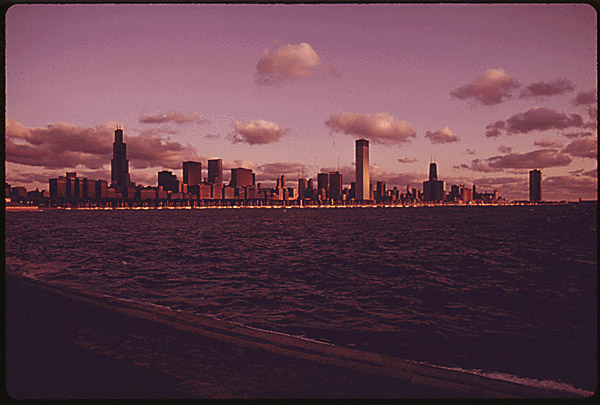 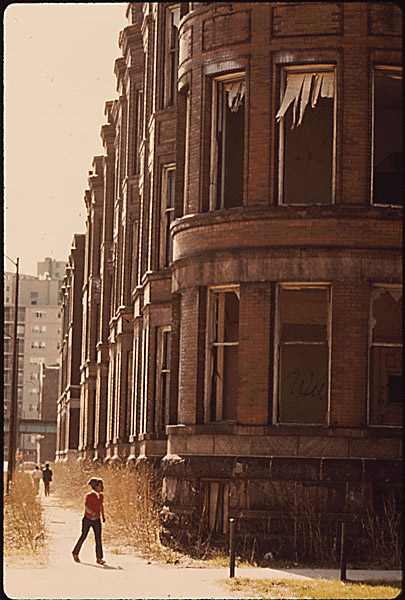 Fires, vandalism, and failure to provide basic tenant services are just some of the reasons that housing was vacated in black areas. Though the housing may have been salvageable, they were replaced with high-rise apartments. 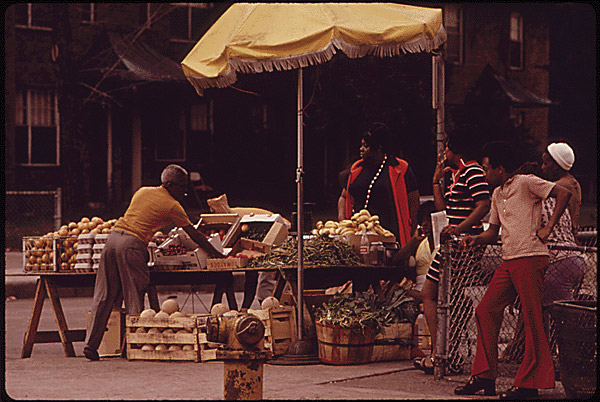 Fruit stand on the South Side, June 1973

Many of the black businesses in Chicago began small and grew by sheer hard work and determination. In 1973, Chicago had 14 of the top 100 black-owned businesses in the country. 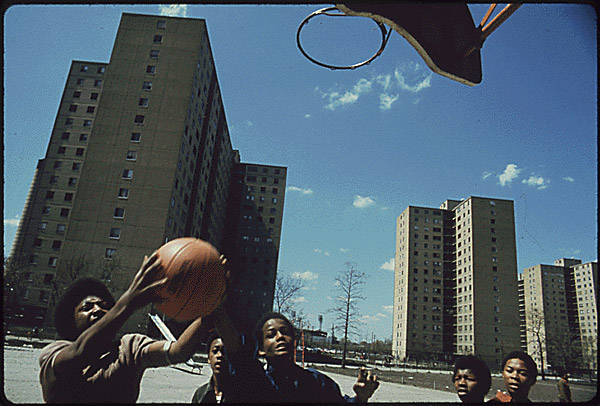 Stateway Gardens was just one of many high-rise housing projects. The complex had eight buildings with more than 1600 apartments housing 6,825 people. It was built in 1955 for $22 million. Gang violence and staggering crime rates led to demolition of the complex, which began in 1996 and was completed in 2006. 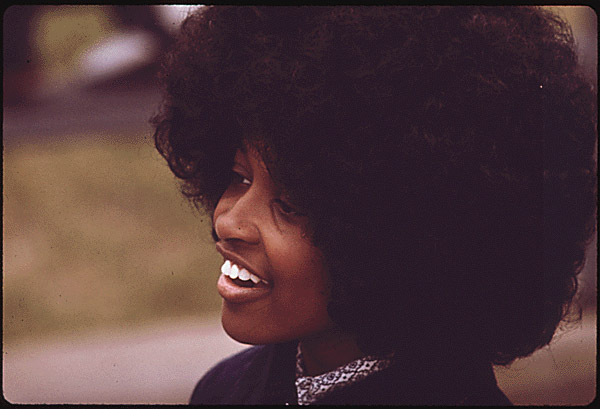 According to John White, this woman is “one of the many black faces in this project that portray life in all its seasons. She is a member of her race who is proud of her heritage.” 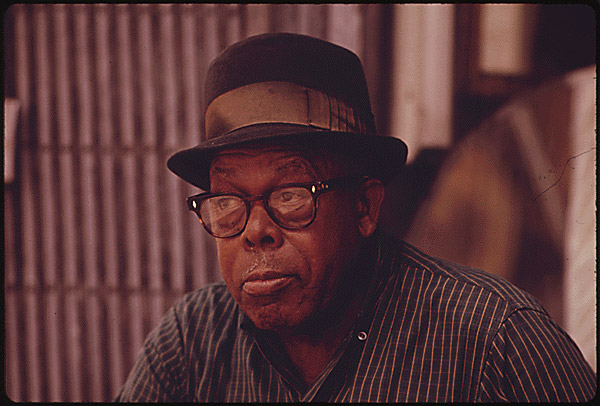 This man is one of nearly 1.2 million black people who make up more than one-third of Chicago’s population. For John White, his photos “are portraits that reflect pride, love, beauty, hope, struggle, joy, hate, frustration, discontent, worship, and faith. In short, portraits of individual human beings who are proud of their heritage.” 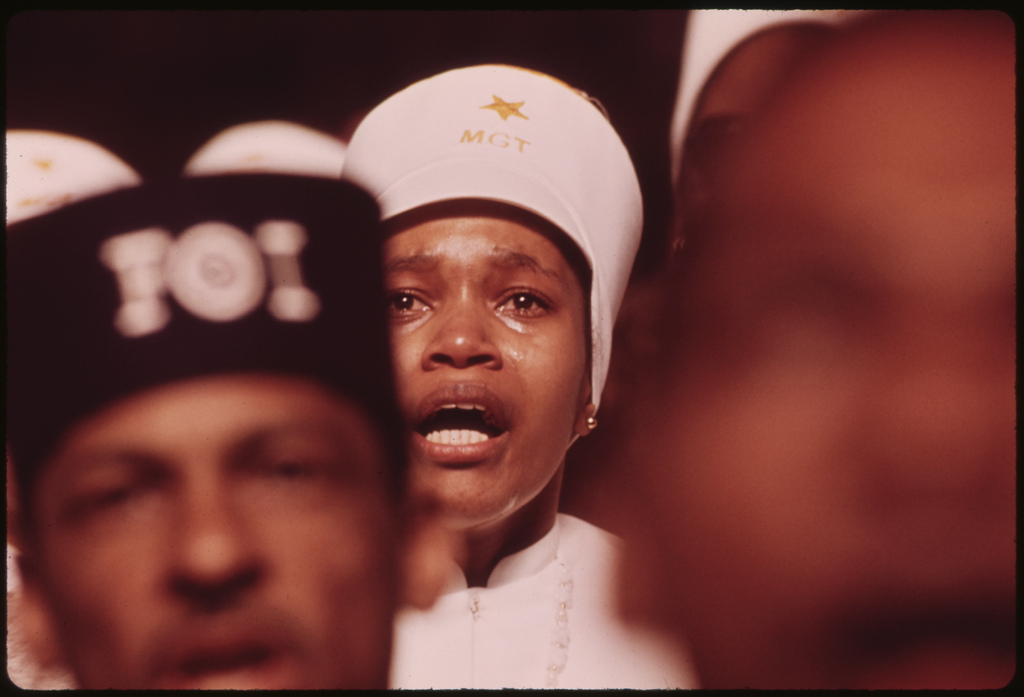 “Religious fervor is mirrored on the face of a Black Muslim woman, one of some 10,000 listening to Elijah Muhammad deliver his annual Savior’s Day message in Chicago.” Original caption by John White. 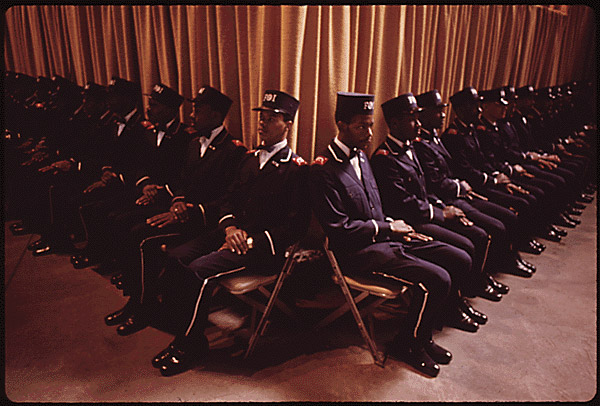 Special bodyguards, known as the “Fruit of Islam,” sit at attention, below the stage where Muslim leader Elijah Muhammad delivers his annual Savior’s Day message. 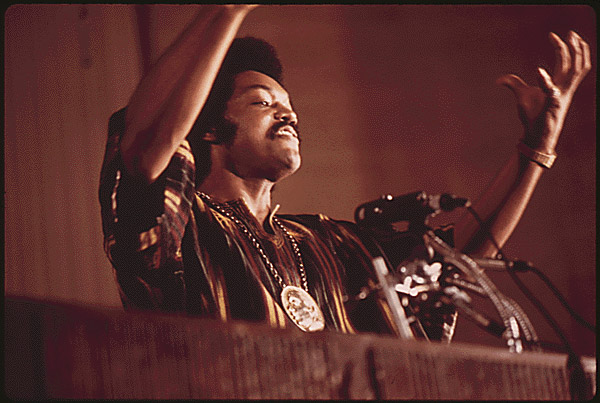 The Rev. Jesse Jackson speaks from his pulpit to members of Operation PUSH (People United to Save Humanity) at its annual convention. One of the goals of PUSH is to propel small black-owned businesses. 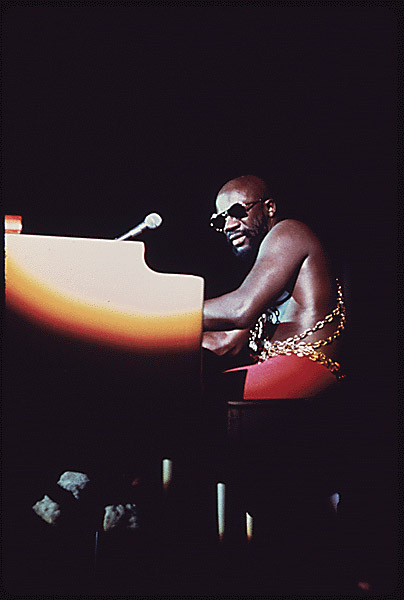 Soul singer Isaac Hayes playing at the PUSH convention. The annual event showcased black talent in business, entertainment, and the arts in an effort to provide opportunities.