Next: The Great Fire >

The Pullman Company, founded by Chicago industrialist George Pullman, revolutionized rail travel with the Pullman car. The elegant sleeping cars developed by Pullman in 1867 were leased to railroads and came staffed with highly trained and hospitable porters to assist travelers. The famous porters were recently freed slaves, whom Pullman thought would make excellent servicemen while working long hours for low wages. The railroad company soon became the largest employer of African American men in the country, with the majority originating from Chicago's South Side.

The job of a porter was far from glamorous. They often worked double shifts, up to 20 hours in a row, and were obligated to purchase their own uniforms, meals, and shoe polish to shine the customer's shoes. The porters were even expected to pay for broken plates and anything stolen by passengers. While the Pullman cars were known for their elegant sleeping quarters, the porters had no berths of their own and were only allowed to take short naps on the couches in the smoking car when it was not in use.

In 1909, tired of poor working conditions, the porters planned their first attempt to unionize. Early opposition came from the Pullman Company, which did not want black employees to form a labor union. The porters let the idea languish until 1925 when they started to organize in secret, forming a union called the Brotherhood of the Sleeping Car Porters. This clandestine and risky effort to unionize was led by charismatic black activist Asa Philip Randolph and former porter Milton Webster. The unions struggle for better working conditions, fair pay, and dignity lasted 12 long years and withstood the pressures of the Great Depression, when any job was seen as a blessing. The porters' eventual triumph in 1935 marked the first successful black union in American history, and the first time a group of African Americans were in a position to bring a powerful corporation to the negotiating table.

At a time when the majority of African Americans were living in abject poverty, the dedicated men who worked as Pullman porters helped to build a foundation for a middle class in the black community. The unionization of the Pullman porters in 1935 was a triumph over racism and exclusion and is considered by many to be the first influential step toward the modern civil rights movement.

A Pullman Porter makes down berth 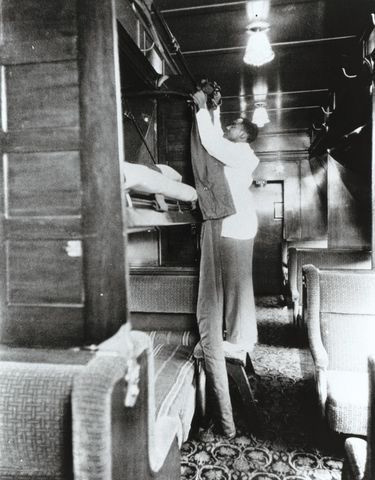 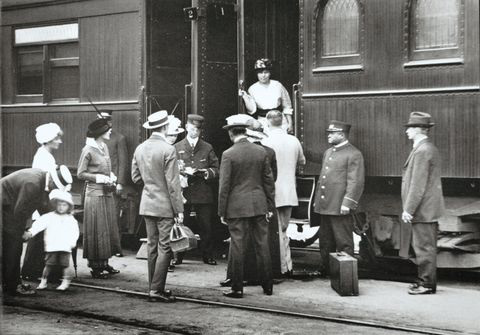 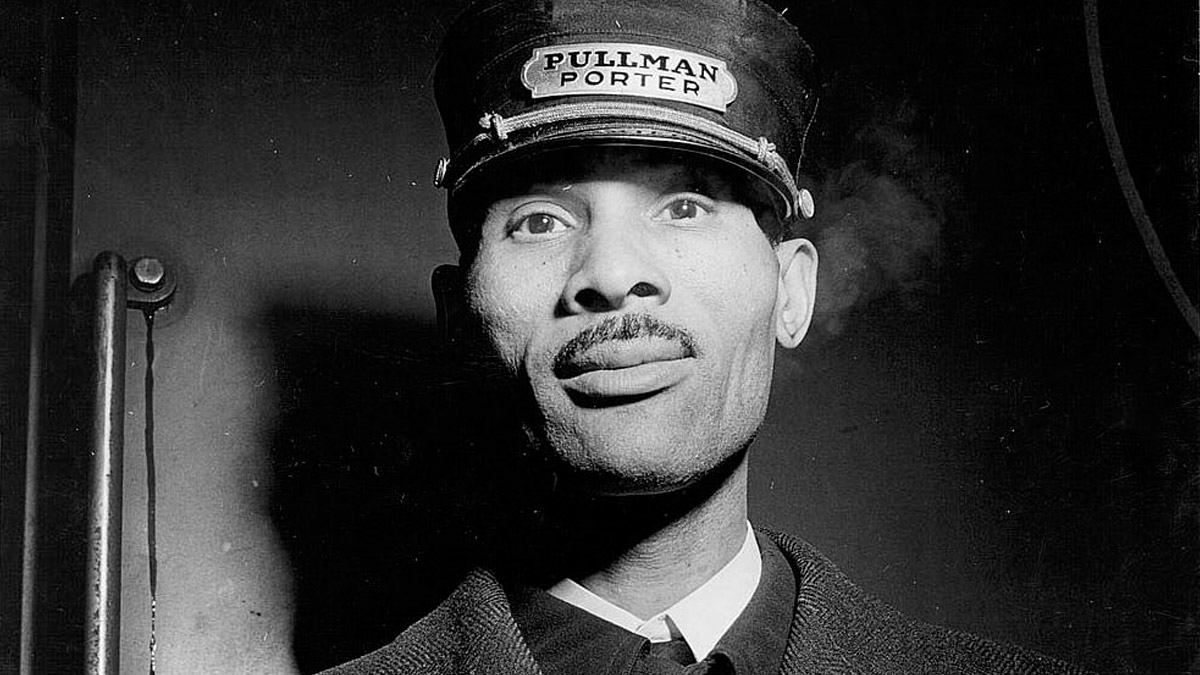