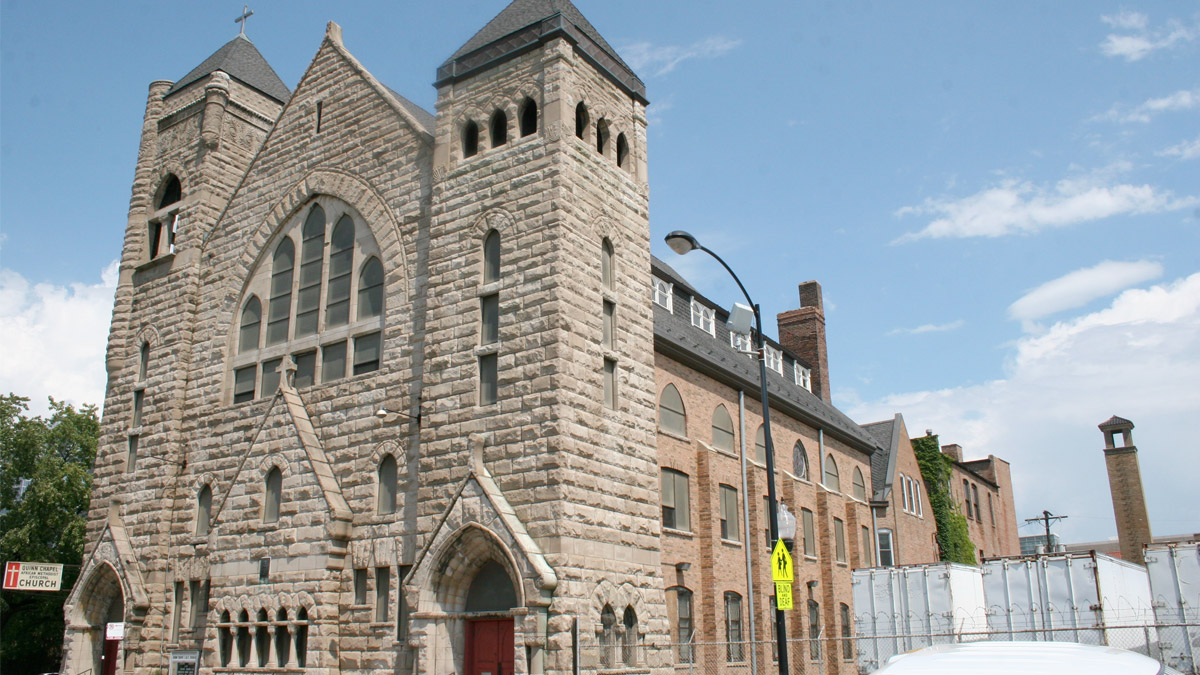 As the home of Chicago's oldest black congregation, Quinn Chapel A.M.E. Church has a long history of activism in the city's black community. The church started in 1844 as a prayer group of seven, holding service at members' homes. As the prayer group grew larger, its members asked the African Methodist Episcopal (A.M.E.) Church to admit them as a congregation. After being admitted in 1847, they set up shop in downtown Chicago, at the site of the present day Monadnock Building. The members named their church the Quinn Chapel after Bishop William Paul Quinn, an A.M.E. missionary who had established A.M.E. churches in other parts of the Midwest.

The congregants of Quinn Chapel A.M.E. were mainly former slaves and strong advocates of the abolition movement. Therefore, when abolitionists began a mission to aid escaped Southern slaves, the church's congregants decided to help. In the mid-1800s, the church became a station in the Underground Railroad, a secret network of travel routes and safe houses which were used to guide slaves to free states in the northern United States and to Canada. Four female members of Quinn Chapel, known as the Big Four, acted as conductors for the Underground Railroad, providing fugitive slaves with food, shelter, and other necessities for their journey or for their settlement in Chicago.

After slavery was abolished in 1865, Quinn Chapel continued to serve as a platform for black social movements. In 1871, the chapel was destroyed in the Great Chicago Fire. The church's congregants became nomads once again, holding services in a series of temporary locations. In 1891, they purchased the site on 24th Street and Wabash Avenue, in Chicago's Bronzeville neighborhood. In 1892, the current structure was built at that location.

The church continued to be a center for black activism in the city. In 1893, black abolitionist Frederick Douglass addressed an audience of 1500 at the church on the significance of Haiti, a predominantly black nation, which had gained its independence through a slave revolt.

In the early 20th century, the Bronzeville neighborhood became a booming center for black-owned business. As one of the meeting places of the neighborhood and because of the congregation's significant role in the abolition movement, Quinn Chapel became a speaking platform for the period's American activists looking to reach the city's black population. Dr. Martin Luther King Jr., Susan B. Anthony, and W.E.B. Dubois were just some of the figures who spread their message from the Quinn Chapel pulpit.

Since the church started as a prayer group in the mid-1800s, it has moved eight times. But what has remained constant is the congregation's role in promoting social change in black Chicago.