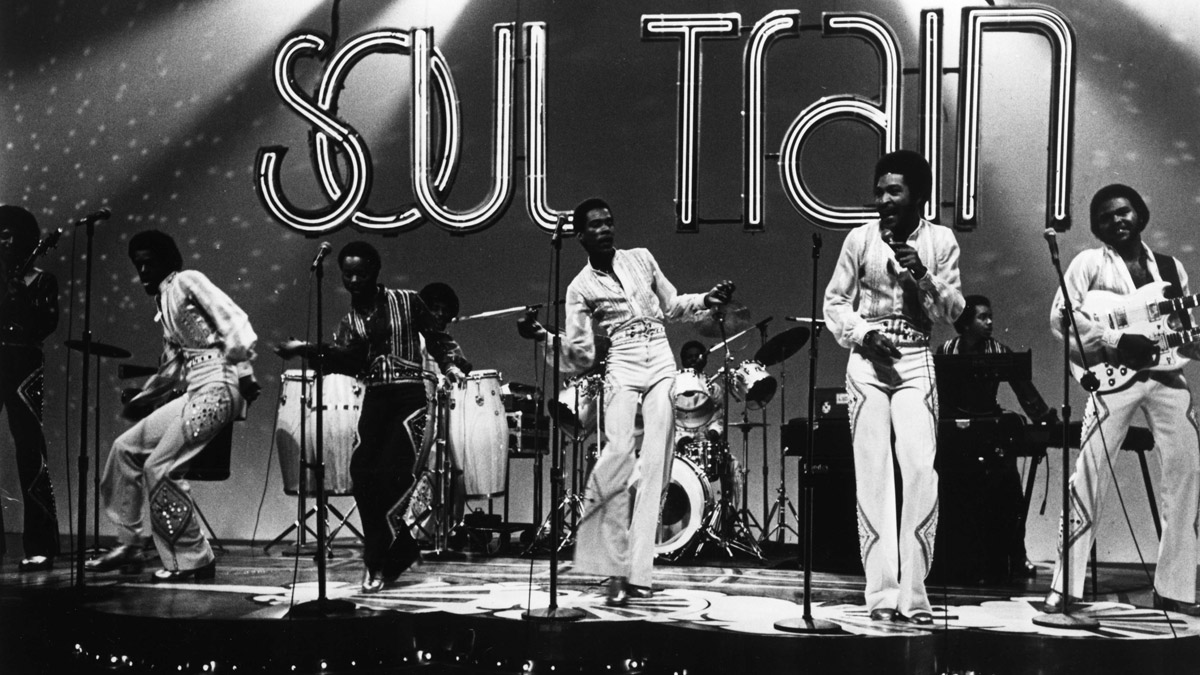 When Soul Train debuted on August 17, 1970, it promised to take television viewers on "the hippest trip in America." The low-budget dance show on WCIU-TV was unlike anything broadcast in Chicago and was an instant hit with black teenage audiences. The fun, flair and freshness of Soul Train eventually impressed a national audience and became one of the longest-running syndicated programs in television history.

Don Cornelius, Soul Train's host and producer, created the show an alternative to Dick Clark's American Bandstand to spotlight black music and project positive images of black youth and culture during racially challenging times. His vision was grand, but Cornelius was working on a shoestring budget. With no money to pay national acts, he called on Chicago's up-and-coming local singers such as Curtis Mayfield and Jerry Butler to perform. He also tapped into the city's pool of talented black dancers to shake and strut the latest dance moves in front of the cameras. Even though the show, broadcast in black and white, had a definite local feel, Soul Train's popularity was explosive.

In its second season, the show moved to Los Angeles and viewers immediately noticed the change. The program was in color, had trendy commercials targeted to black, and new west coast dancers brought a funky California style to the scene. The dancer's flamboyant moves, bold attitudes, and choreographed routines were wildly popular. Viewers tuned in weekly to see new, inventive dance steps and to check out the latest fashions; big Afros, platform shoes, skin-tight shirts, bold patterns, loud colors, dashikis, even costumes, all made their way around the dance floor. The show quickly expanded from being the first show of its kind to a cultural phenomenon.

Soon, Cornelius wasn't calling big musical acts; they were calling him. The show became a who's who of black popular music. There were few programs on which African-American singers could reach a broad national television audience, and Soul Train was one of the best of them.

As the times changed, the show changed with them. Funk and soul gave way to disco, rap, and hip hop, and still Soul Train stayed true to its personality, character, and style. After 35 years of wishing audiences "love, peace, and soul," Soul Train's run came to an end in 2006.