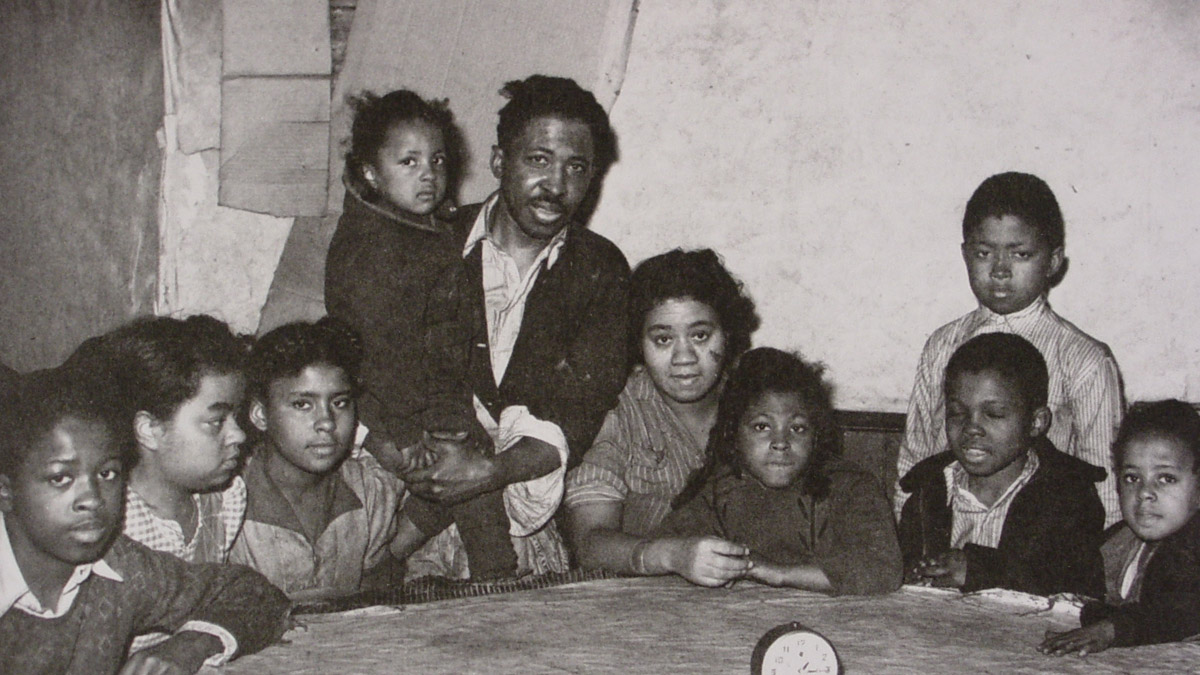 The Great Migration was the largest mass movement in American history. It began in 1915 and continued into the 1970s. During this national upheaval, more than 7 million blacks left the South and headed north and west.

To Southern blacks, Chicago was the "Promised Land." Stories of big city life — jobs with good wages, homes with running water, and basic freedoms denied to blacks in the South — made the Northern city a prime destination for blacks coming from below the Mason-Dixon line. Five hundred thousand African Americans ultimately moved to Chicago. In the first wave of migration between 1915 and 1940 Chicago's black population more than doubled.

The Great Migration was prompted, in part, by the impact of World War I. Workers were needed to keep Chicagos factories rolling. Immigration restrictions imposed in the 1920s further opened factory jobs with better pay to black workers.

The Chicago Defender, the city's leading black newspaper, waged an extensive campaign encouraging blacks to move north. Starting in 1916, the paper published stories about Southerners who had "made it" in the city. For help with travel, housing, and jobs, the paper printed lists of churches and other organizations to which potential immigrants could write. And for those already in Chicago, the Defender routinely printed rules of conduct to help new arrivals adjust and avoid conflict. Tips such as "Don't allow yourself to be drawn into street brawls" and "Don't use liberty to do what you please" were intended to bridge the black community's increasing range of social behavior.

Significant numbers of blacks who moved to the city did improve their lives and social condition, but Chicago was not prepared to embrace Southern blacks with fully open arms. Crowded tenement housing, limited educational opportunities, violence, discrimination, segregation, indifference from city government — these were all part of the city experience for "new" blacks.

But the Great Migration also changed the city and the black community in unexpected and far-reaching ways. Due to restrictive housing patterns, black Chicagoans were forced into a segregated community. From this black city-within-a-city arose successful businesses and entrepreneurship; rich and far-reaching cultural creativity in music, visual arts, and literature; a focused political purpose; and bold self-determination that continues to resonate throughout the city and across the nation.

Family Driven From South by Mob 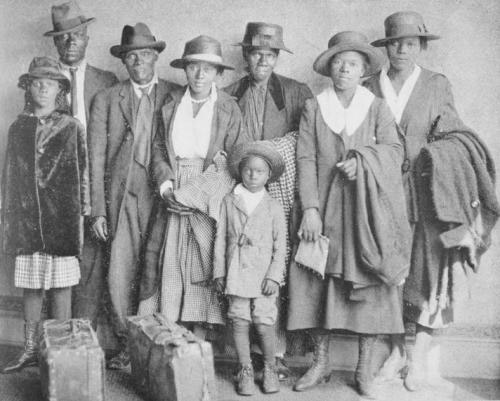 This famous photo of a migrant family is frequently used in history books and on the internet. Though usually unidentified, the Arthur family was well known to the publisher of the Chicago Defender, who orchestrated the group's arrival in Chicago and staged the photo that accompanied the following caption in the September 4, 1920 edition of the paper:

Facing starvation, Scott Arthur and his family, driven from home like dogs, girls assaulted, sons burned at the stake by Paris, TX mob, arrive in Chicago without money and homeless! They were taken in charge by Dr. W. W. Lucas, secretary of the Co-Operative Society of America, who discovered them in the Polk Street Station Monday.

The family had been the victim of a brutal lynching and was brought to Chicago as part of the Defender's "Great Northern Drive." The family's story had been forgotten until journalist and syndicated columnist Vernon Jarrett, a former reporter for the Defender, rediscovered the family's history.

The "Father of Black History" 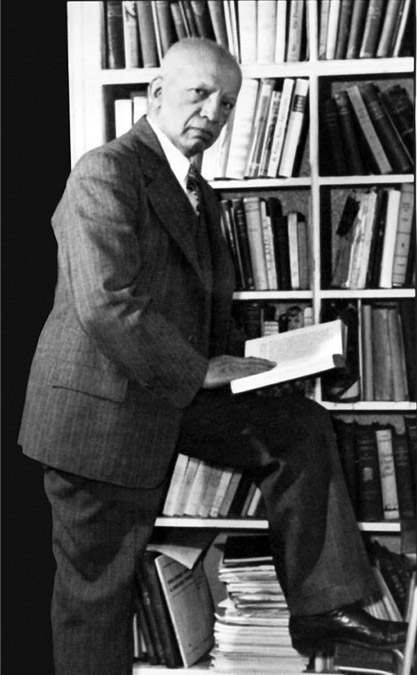 Historian, author, and educator Carter G. Woodson, known as the "father of African American history" stayed at the Wabash Avenue YMCA during his frequent visits to Chicago. His experiences in Bronzeville and at the Wabash YMCA provided support and inspiration for his lifelong work.

The son of former slaves, Woodson was awarded a master's degree from the University of Chicago and was the second African American to receive a Ph.D. in history from Harvard University. Woodson was the first scholar to recognize the importance of documenting and teaching black history.

In the summer of 1915, Woodson gathered a small group of men in the office of the director of the Wabash Avenue YMCA to discuss the formation of a national black history society. On September 9, he and four colleagues co-founded the Association for the Study of Negro Life and History (now the Association for the Study of Afro-American Life and History).

One year later — having invested his own time, money, and talent — Woodson launched the Journal of Negro History (renamed The Journal of African American History).

In 1926, Woodson started Negro History Week, the forerunner to Black History Month. It was Woodson's belief that "the achievements of the Negro properly set forth will crown him as a factor in early human progress and a maker of modern civilization."