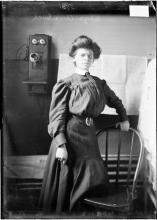 This is an account of a 1908 murder in Chicago. But is also the story of what may be the most bizarre newspaper photo ever published (that's Averbuch's corpse in the photo at left). Lazarus Averbuch was an 18 year old immigrant from Ukraine. One morning he went to the home of Chicago's police chief. The police chief shot the young man dead in his doorway. Was it self defense, as the chief claimed? Or "profiling" of a poor, Eastern European immigrant?

No update on Lazarus himself, of course. We do know that his sister Olga went back to Ukraine after her brother's death. That's the last that anyone seems to have heard of her, though we know that many of the Jews of her town died in Nazi death camps. We also know there were people named Averbuch among the dead, though to the best of my knowledge, no one has found an Olga on the list.

As I suggested in the video, this story really did come to my attention when I stumbled on the gruesome photo in the Chicago Daily News Photo Archive. There are 35 photos related to the Averbuch story, most of which were never published in the paper (just go the website and search for "averbuch." The Daily News archive is one of the great treasures in Chicago. It is owned by the Chicago History Museum and contains 55,000 photos from 1902 to 1933. Go to the website only when you have time to get lost. 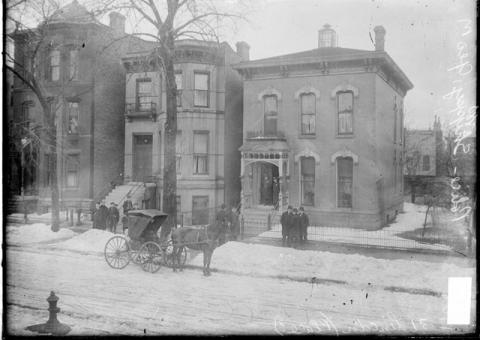 The police chief's Lincoln Park home, as you saw in the video, is still standing, at 2131 N. Hudson. The owner only learned about the history when I left her a note asking to film there.

Though I learned about the story from the Daily News Archive, I was very lucky that a book had already been written, called "An Accidental Anarchist," by Walter Roth and Joe Kraus, whom I interviewed. Aleksander Hemon's novel "The Lazarus Project," inspired by the story, was published as I was doing my research.

The WTTW presentation of Jay’s Chicago is made possible, in part, by the Steve and Delores Sarovich Foundation.