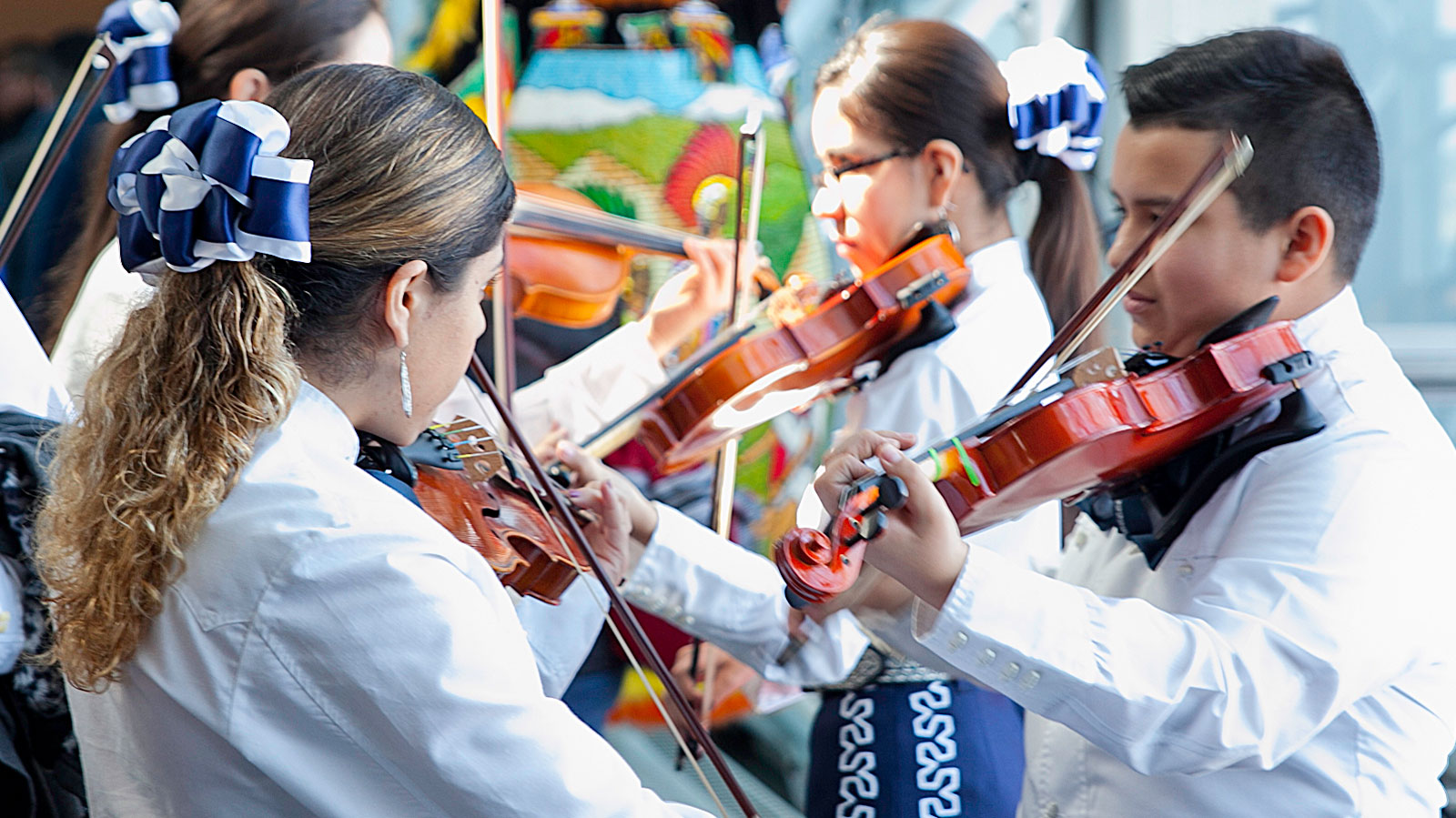 For decades, Benito Juarez Community Academy had problems with overcrowding. Then they started having the opposite problem: low enrollment.

Around the same time, shifting neighborhood demographics dramatically reduced the local student population. Between 2000 and 2010, the number of families with children living in Pilsen declined by 41 percent.

Ocon says he realized that, if they wanted to compete, Juarez would have to significantly boost the school’s offerings and appeal.

“It wasn’t just about doing the best we could,” said Ocon. “We’ve had to get very creative in our programming. If we didn’t, in many ways, we could lose our identity in Pilsen.”

To Ocon, that has meant rallying community resources to help expand Juarez’s programming and finding ways to reestablish its connection with Pilsen’s still predominantly Latino community.

And they’ve started opening their doors to younger Pilsen residents through family pool hours and inviting them into select arts programs. 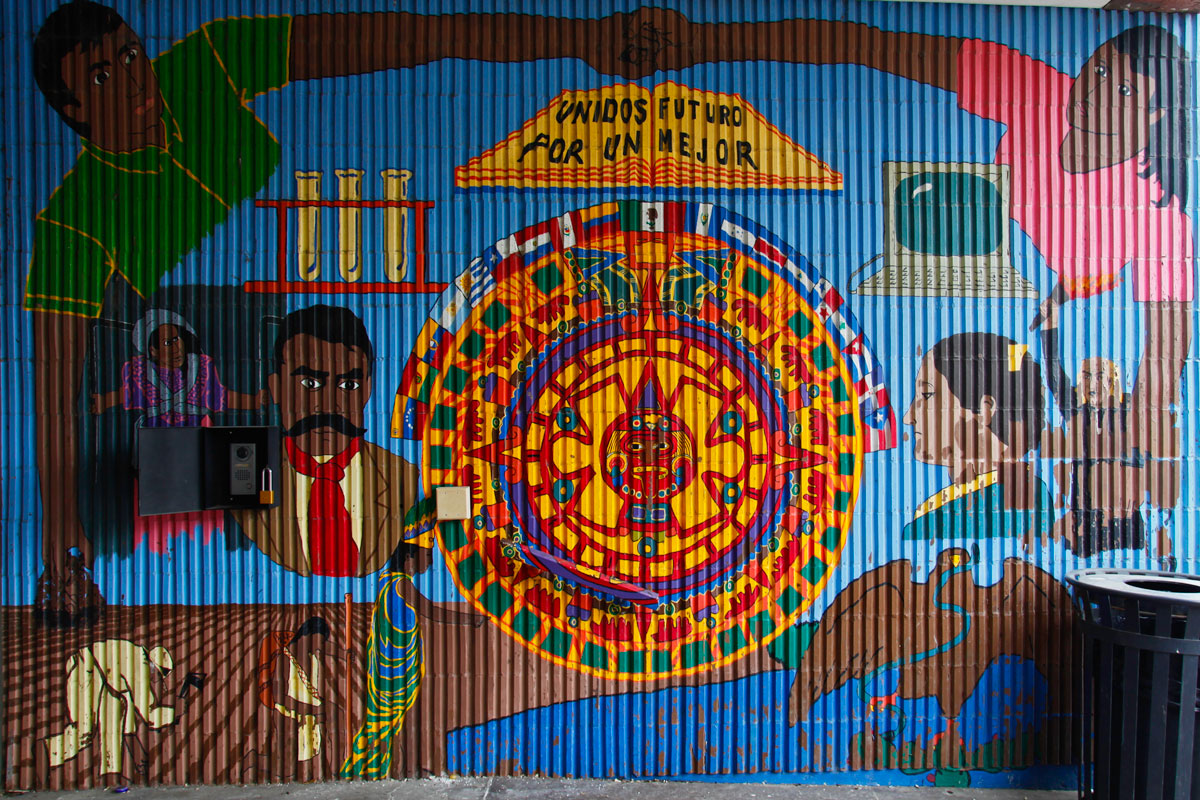 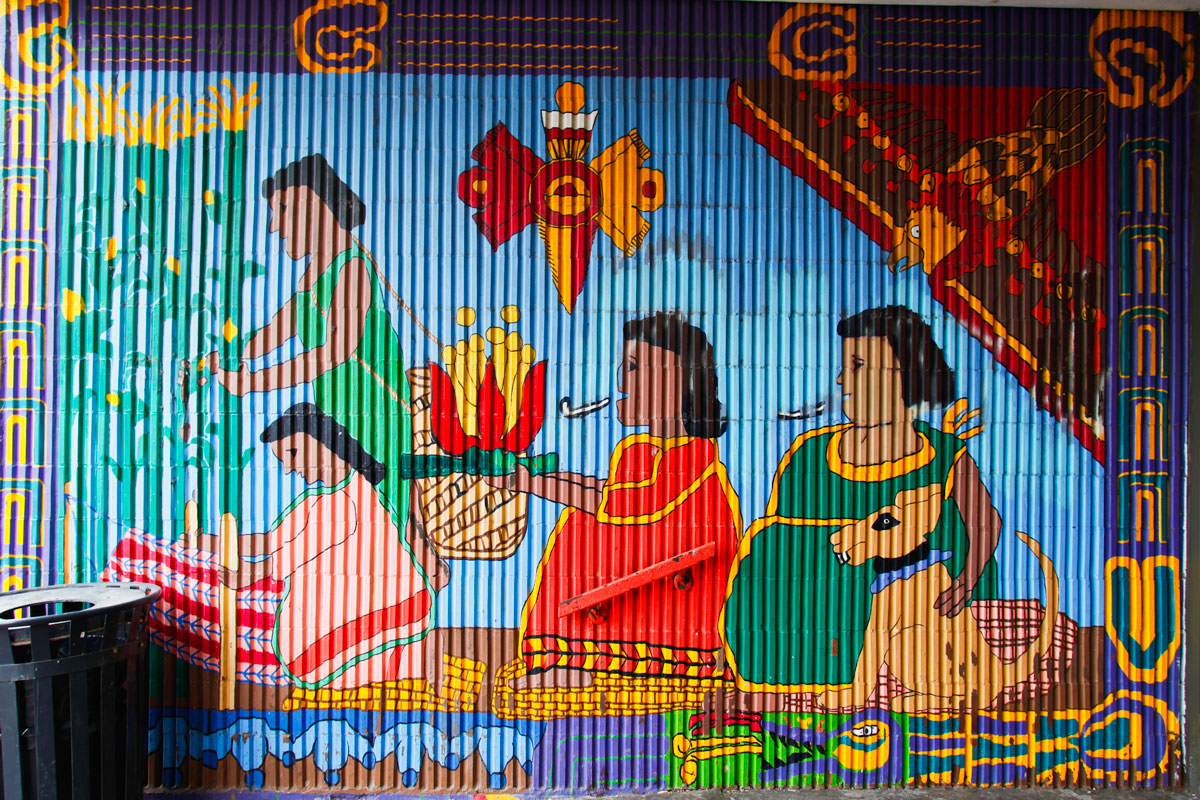 Murals outside the entrance to Benito Juarez High School. Photos by Kaitlynn Scannell

“For me, it makes sense, because I want students to choose Juarez when they are getting ready to make that decision,” says Ocon. “So by bringing them here, they are getting to know our facilities, our teachers, and the other programs we have going on.”

Among the arts initiatives is the Chicago Mariachi Project, founded by longtime Pilsen resident Álvaro Obregon.

“We both recognized how much talent there is here in Pilsen. The artistic talent that is here is remarkable and really admirable, and we haven’t been doing a good job of making sure we harness that at the elementary and high school level,” said Ocon.

Every Saturday, the halls of Juarez fill with the sound of violins, guitars, and trumpets as students play boleros, canciónes rancheras, and son. Obregon teaches them the art of mariachi and its role in Mexican culture.

Obregon began recruiting students from five different neighborhood schools, but has since opened auditions to any student in the Chicago metro area with a passion for mariachi – and he says they’ve come from as far away as Hammond, Indiana, to participate.

It began as a labor of love in 2013, but last year, Ocon and Obregon were able to formalize the project and bring it into the classroom as a state-accredited music class.

Ocon has bolstered other visual and performing arts programming at the school, as well. This spring, the theater department adapted The Wizard of Oz for the Pilsen community. In the new adaptation, Dorothy struggled to get back to her tio and tia in Pilsen, instead of Kansas. Munchkins were enlisted from Manuel Perez Jr. Elementary, and students from Jungman Elementary played the part of corn stalks and poppies. Dorothy sang “Somewhere over the Rainbow” in English and Spanish, backed up by the Cooper Elementary Dual Language Academy Mariachi Group. 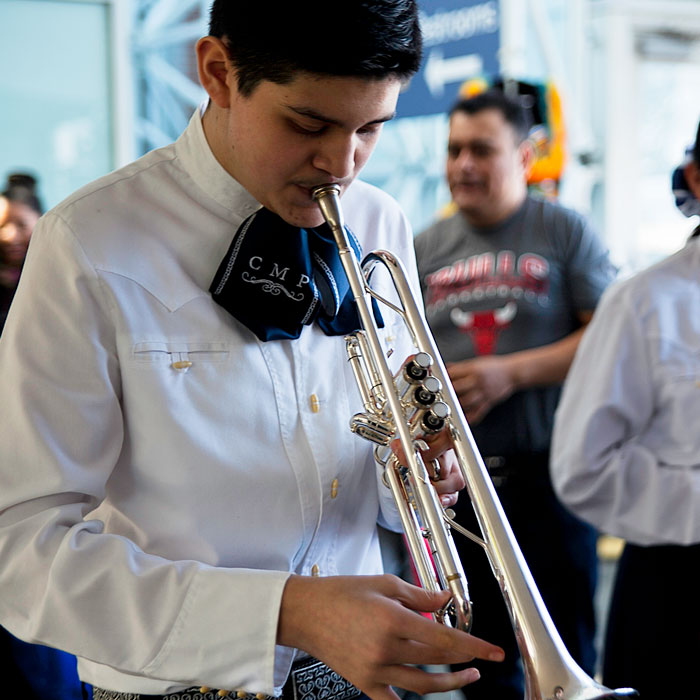 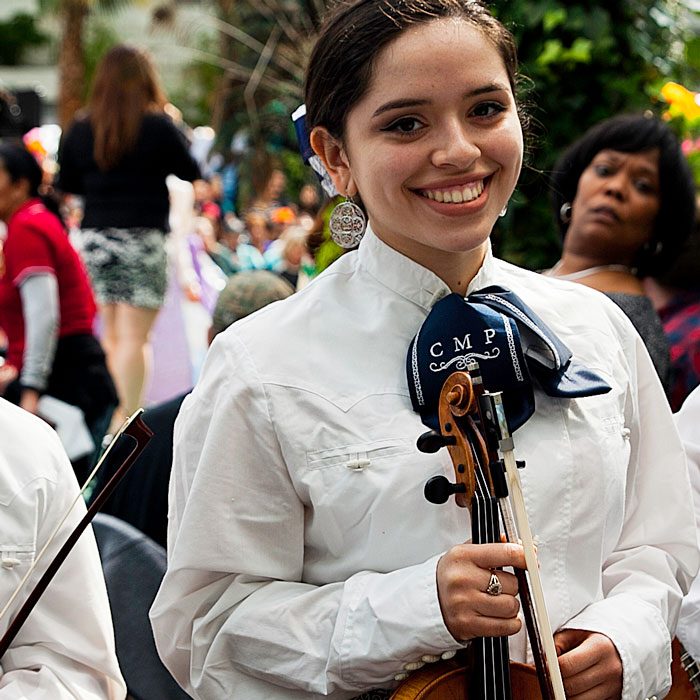 Mariachi students practice, prepare, and take the stage at a performance at Navy Pier. Photos by Kaitlynn Scannell

Ocon meets regularly with local elementary school principals to find additional ways to collaborate and help them bolster their programming – and enrollment.

At Juarez, the efforts are paying off. Enrollment has held steady in recent years at just more than 1,500 students. Ocon says that’s just about enough.

But for Ocon, a key measure of success is foot traffic – parents and community members volunteering, getting involved, and working to improve both their own educational and job prospects, as well as those of their sons and daughters.

“The amount of parents who walk in and out of this building – I think we’re unique in that, and I’m very, very proud of that,” said Ocon.

He said he tries to make everyone feel welcome by making Spanish the default language for parent meetings and public events. 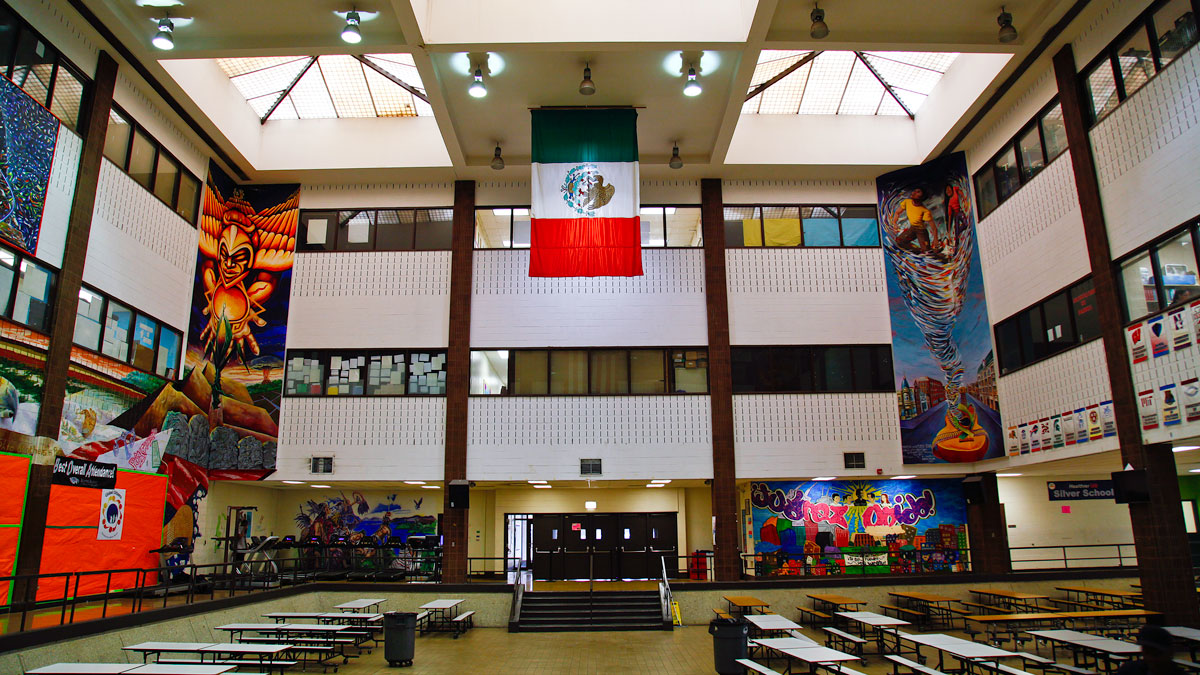 Inside Benito Juarez, where many community and student groups meet and practice. Photo by Kaitlynn Scannell

Contrary to popular practice in many other communities, Ocon says, “Before starting a meeting, we ask if anyone needs translation in English.”

When addressing the students, meanwhile, he says he strictly speaks Spanglish.

“They need constant reminders of who we are and our roots,” he says.