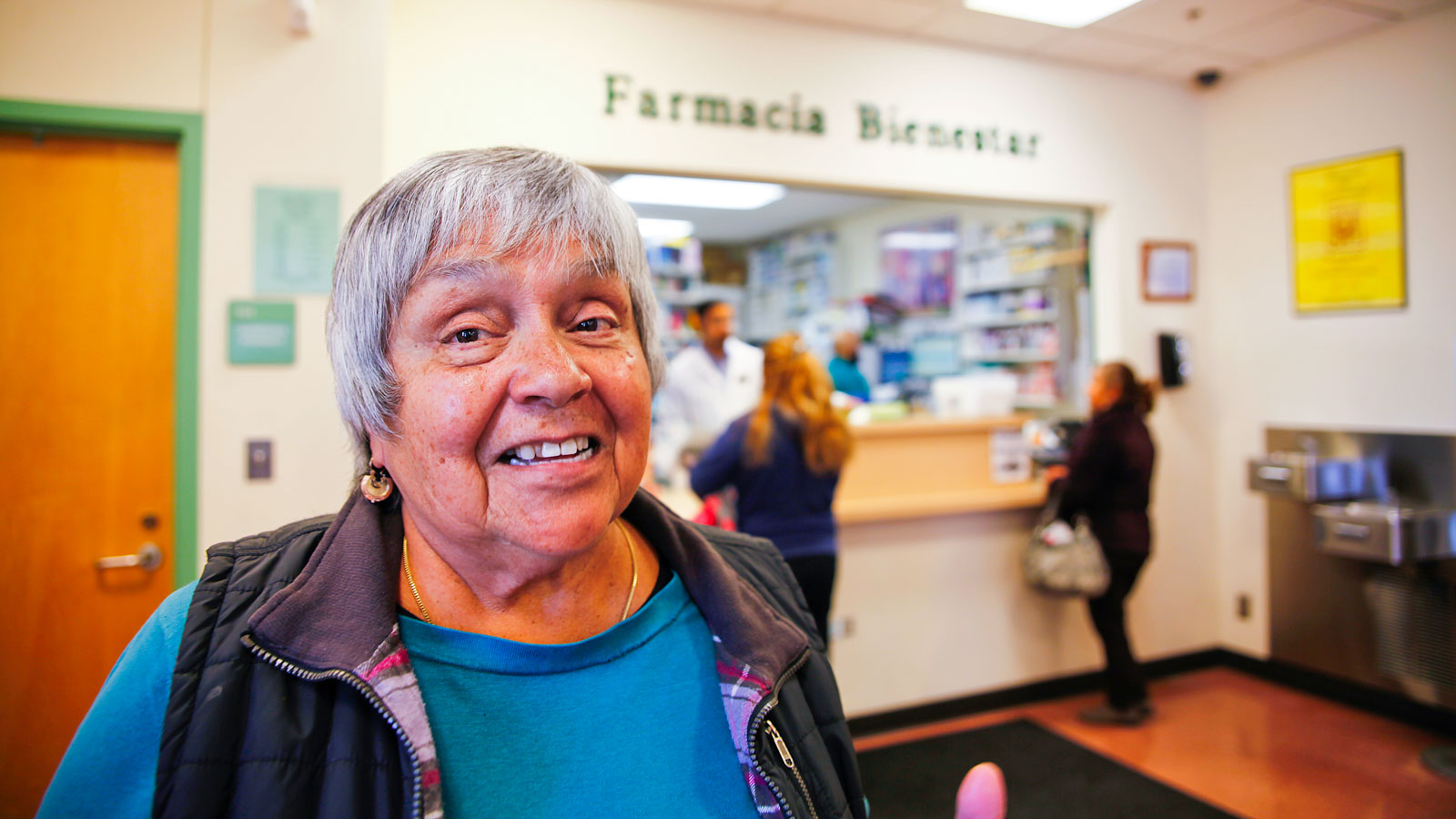 There are approximately 526,000 undocumented immigrants in Illinois, many of whom face formidable obstacles to accessing health care.

Although they are disproportionately low-income and nearly 60 percent lack health insurance, they aren’t eligible for Medicaid or insurance subsidies through the Affordable Care Act. Many prefer to avoid contact with anyone perceived to be in a position of authority, and they are more likely than not to speak Spanish as their primary language, making nuanced medical conversations difficult to navigate in English.

It leads to a tendency to avoid seeking care altogether, resulting in higher-than-average rates of severe and costly long-term illnesses and death.

But not in Pilsen, not anymore.

Back in the late 1980s, says Carmen Velásquez, there weren’t any free, well-resourced clinics to help bridge the gap in the Pilsen neighborhood. There was one county health clinic on Ashland, won through the efforts of local resident and former health organizer Lucy Gonzalez just years prior, but Velásquez says there were rarely providers on duty who spoke Spanish.

Patients often brought their children in with them to act as translators.

To Velásquez, this was unacceptable.

“You want me to bring my daughter to tell you I’m having sexual problems with myself, or my husband, or whoever? I mean, who can interpret those kinds of things?”

The whole situation, she says, made her “pissed…really pissed.”

Velásquez knew that Dr. Ann Garcelon, at nearby Mercy Hospital and Medical Center, had been discussing the lack of health care access for the surrounding Spanish-speaking community. She requested a meeting.

“I was like a bull,” she says, with the glinting stare of a woman who clearly enjoys digging in her hooves.

That doesn’t mean she didn’t know her own limitations. She needed the nearby hospital.

“I’m not a doctor, I’m not a nurse…And I never wanted to be a nurse or a doctor,” she says. “But I was indignant about the fact that we did not have a community health center here for our people here in this community and for the Mexican immigrant people who we are.”

Dr. Garcelon soon introduced her to Mercy Hospital’s CEO, Sister Sheila Lyne. Together, the three women decided they’d partner to create a community health center specifically for Spanish-speaking, uninsured, undocumented people. Other people would be welcome, but that demographic would be their primary target.

She secured funding from the Chicago Community Trust to build a comprehensive community health center. 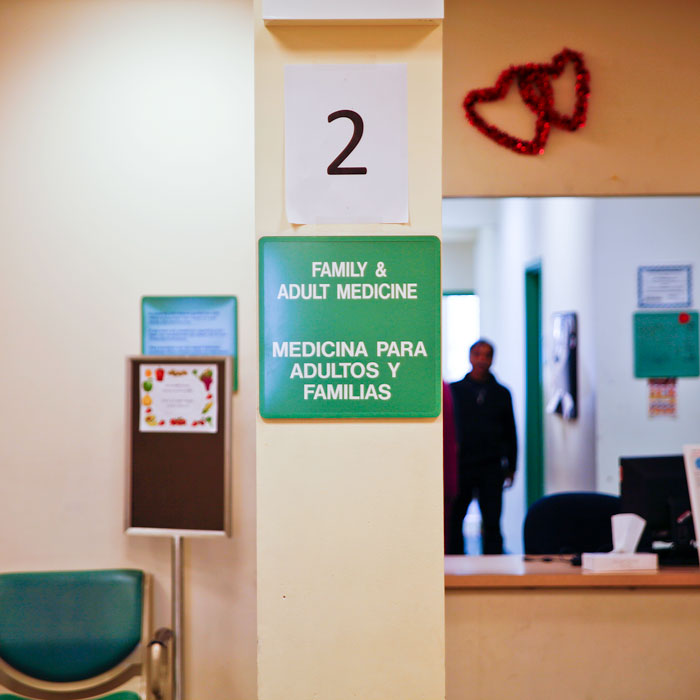 The response was overwhelming. Almost immediately, Alivio was seeing more patients than they ever thought possible, many of them coming from as far away as Berwyn and Cicero. Within a decade, Alivio staff realized they’d have to open another site.

They bought property on 21st and Morgan at the east end of Pilsen, which was already starting to undergo some demographic changes. 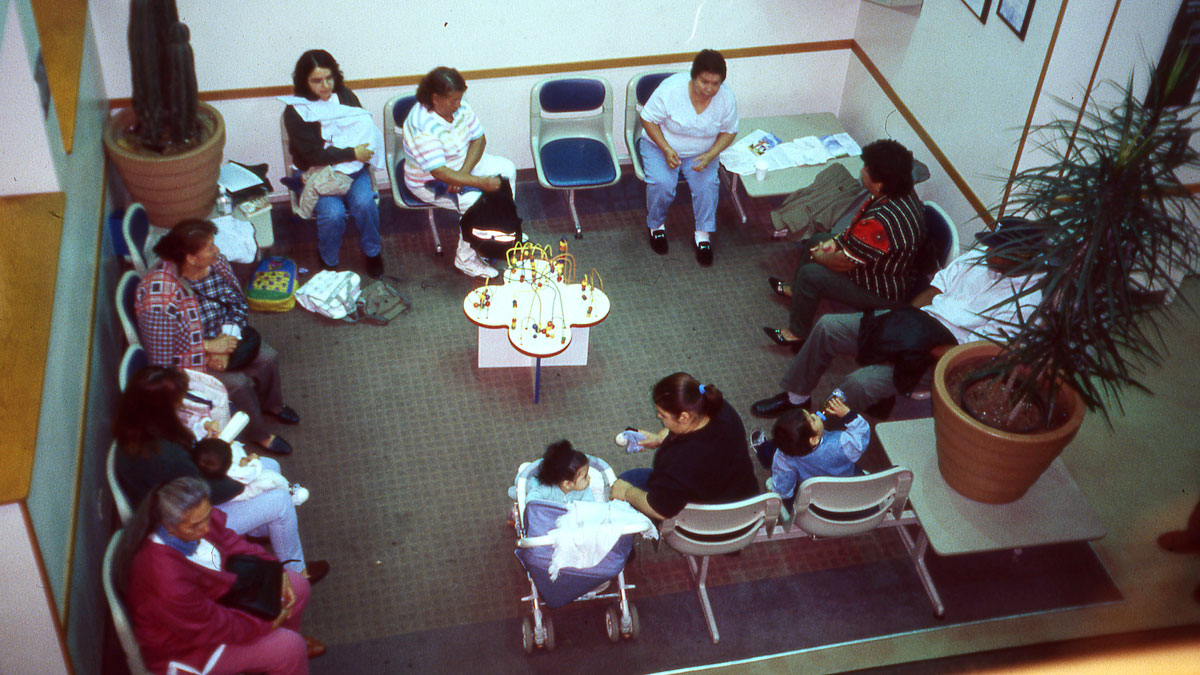 Velásquez says she did it on purpose. “Because of the gentrification, [having] Alivio Medical Center here, at the east end of Pilsen, will be an anchor for our community,” she told WTTW. “It will give a message to the people who live here. It would say, we are not being moved out. We’re here. We’re going to serve you.”

They bought three acres, more property than they needed. Eventually, they allowed The Resurrection Project to build an affordable senior living center, Casa Maravilla, next to the health care center. 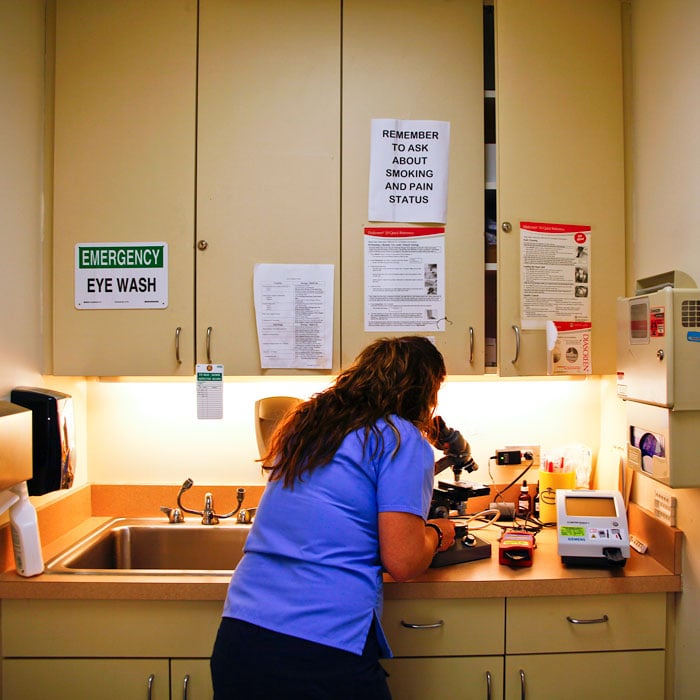 A nurse looks at samples on a microscope. Photo by Kaitlynn Scannell

They still need to refer clients to John H. Stroger Jr. Hospital of Cook County for surgeries, labor and delivery services, and other serious medical conditions. But they offer a range of preventive and follow-up care in the community at a location where undocumented immigrants and native Spanish speakers can feel comfortable.

She says that the clinic has struggled recently with the fear and anxiety that many are facing due to the priorities and rhetoric of the new administration.

“We don’t have enough behavioral health and social workers to deal with this issue,” she said, adding that some parents were so afraid immediately after the election that they stopped sending their children to school.

At 77, Velásquez is now officially retired, but she still is in and out of the medical centers regularly. She’s still a fierce advocate for health care, and for all of the challenges that face many people in her community. She says that seeing the people at the clinic helps motivate her by reminding her who she’s fighting for. 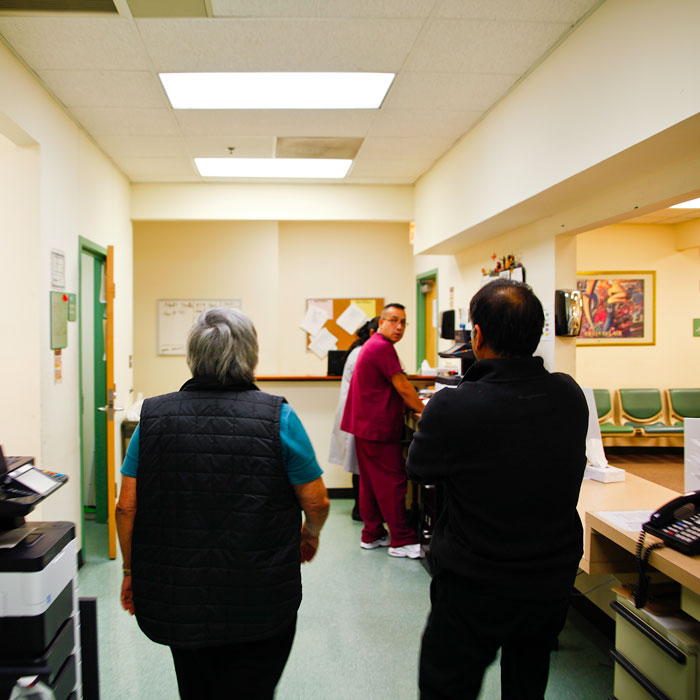 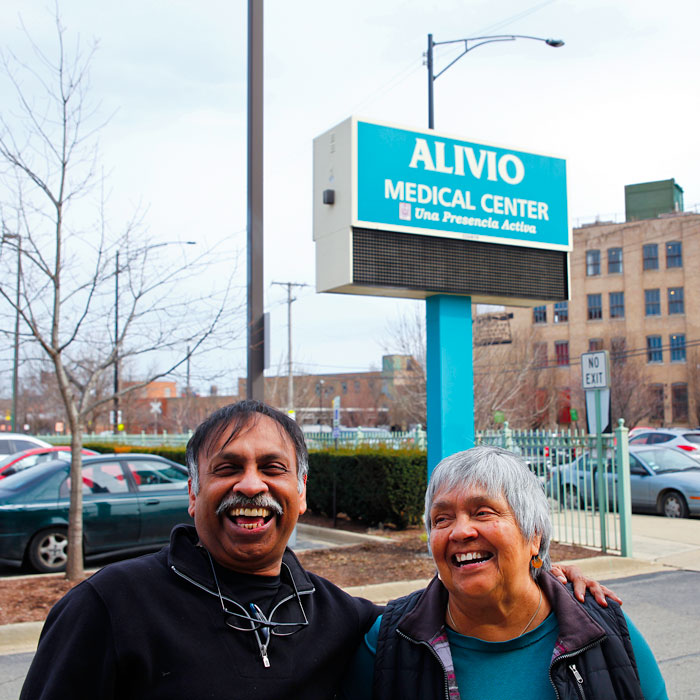 Carmen Velásquez walks through the clinic with Dr. Bhurgri and then enjoys a moment outside of Alivio Medical Center. Photos by Kaitlynn Scannell

“Many, many things are not how they are supposed to be,” says Velásquez. “I’m just not going to sit and say, ‘That’s okay.’ It’s not okay. We need to continue the tradition of caring for each other, no matter what.”