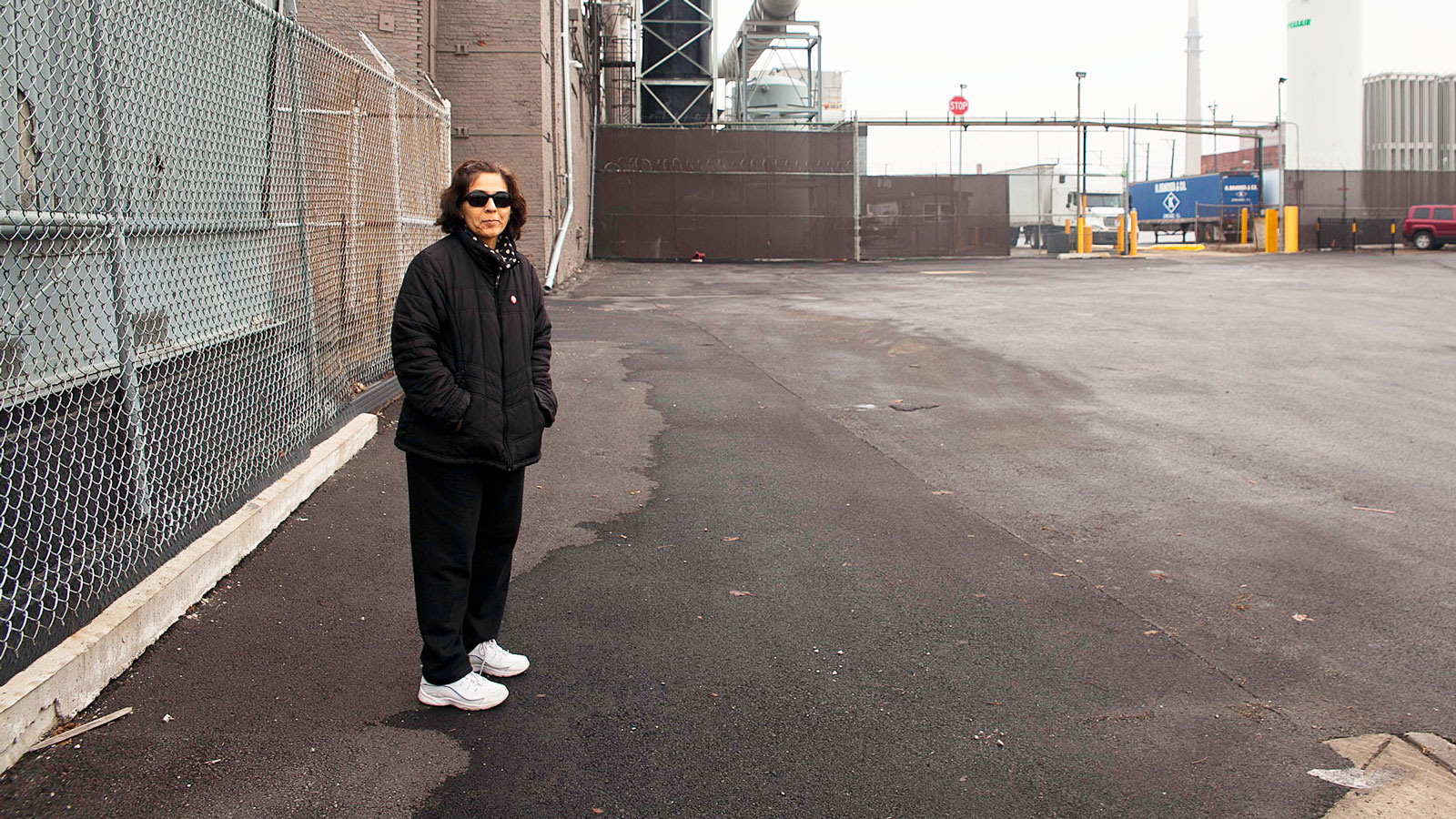 When Maria Chavez was growing up, like many kids, she thought her mother was a bit odd.

Maria’s mother did exhibit some strange behavior. For one, she had a habit of leaving the house just after dinner, without any explanation.

And she was always collecting winter coats.

It wasn’t until much later in life that she realized what was happening: her mother was an activist.

“She was going to meetings to fight for a high school or against bussing,” explains Chavez. “There were many issues in the community back then.”

“When she would see people who would come from Mexico without a jacket, because they would think a little thin jacket was enough, she would take our coats and give them to people.”

“In a way, she was a role model. But in a way she wasn’t, because I really didn’t know,” Chavez says today, laughing. “She didn’t seem like a charity kind of person. She wasn’t real soft around the edges.”

“But what she did teach me is that you don’t have to talk about it. You just do it.”

Much like her mother, Maria Chavez is modest but not at all meek. She doesn’t enjoy talking about herself. She hates having her picture taken. She’s uncomfortable talking to the press or taking credit for any of the work she’s done as an outspoken – and highly effective – environmental activist.

But she loves talking about her mother and her mother’s garden. Growing up, it was a local emporium of Mexican traditions. She invited neighbors to pluck their own bunches of epazote, cilantro, chiles, and tomatillos for their salsas and marinades, and harvest her yerba buena for digestive teas. She saved the husks of her homegrown maize for making tamales. Her cempasuchil, or Mexican marigolds, added splashes of cheerful orange that, come October, adorned Day of the Dead ofrendas, or memorials, throughout Pilsen. So bountiful was her garden that she sometimes sold surplus herbs to the neighborhood grocery store, Casa del Pueblo.

No one suspected that the soil that nourished her mother’s rich garden was laden with lead and other contaminants.

The Chavez family lived in the shadow of the H. Kramer and Co. factory, a brass and bronze foundry that, since the 1920s, had a long history of emitting fine-grained lead and other pollutants into the Pilsen air.

Chavez says that, growing up, there was a perpetual layer of soot coating the windows of her parent’s home and the cars along the block regardless of the weather.

“You just sort of got used to it,” she said.

It wasn’t until she got married and moved seven blocks away from her parents’ house – on the other side of the smelter – that she noticed what she calls “the fog.” Billowing clouds would roll in and blanket her parents’ block. And they would linger.

She says the fog had a metallic smell. “It burned your nose and throat and eyes. I said, ‘I’m no expert here, but this doesn’t seem right,’” she said. 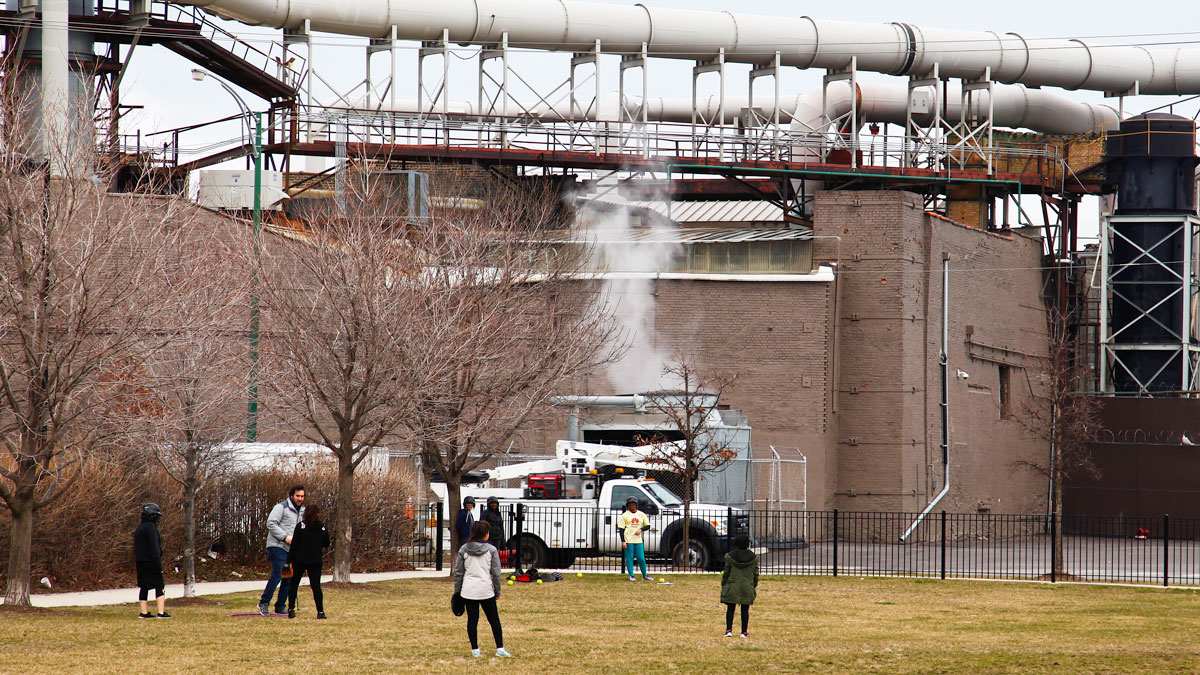 The Benito Juarez softball team practices in the shadows of the H. Kramer plant in January 2017. Photo by Kaitlynn Scannell

She drove back and forth a lot in those days, especially after she had her two children in 1988 and 1991. Several times, she noticed that the air would be thick with clouds in the blocks surrounding her parents’ house and crystal clear around her own home. One day, she saw that what she had been calling “fog” was actually emissions emanating from a smokestack on top of the H. Kramer factory.

She started remembering little things – like her dad’s doctor warning him about the scarring on his lungs and assuming he was a lifelong smoker, even though her father never touched the stuff. Or her son’s pediatrician warning her that the pollution outside their home in Pilsen could aggravate his allergies.

“Things start piling up and you can’t ignore it anymore,” she said.

So she decided to investigate.

She searched for a local environmental organization. She found nothing.

She went directly to the H. Kramer offices to ask them what was coming out of the smokestack. But management was never available. And the employees wouldn’t talk to her. She got nowhere.

She called the Chicago Department of the Environment and lodged a formal complaint. But they never got back to her.

Someone at the U.S. Environmental Protection Agency suggested she start logging her observations: the color of the smoke, the smell, the time of day. And so she recorded everything and sent it off to the EPA.

“I was just getting angrier and angrier,” she said.

Then one day in early 2004, she saw a sign affixed to a lamp post. The Pilsen Green Party was holding a public meeting to discuss H. Kramer’s emissions. They had invited the owners of the plant to join them.

“I thought, ‘Great, I finally get to find out more about this company,’” she remembers.

She went to the meeting, but the H. Kramer representatives didn’t show up.

Still, it was a turning point. She met Dorian Breuer, Jack Ailey, and Jerry Mead-Lucero – three local activists who were determined to find out exactly what H. Kramer was releasing into the air. They showed a short video they had just finished, documenting the emissions. They planned to go door-to-door to collect signatures for a referendum, demanding that the EPA and the city investigate the factory.

“I wanted to hug them. I think I cried that day. I told my husband, ‘There’s someone else. It’s not just me,’” she said. “It finally felt like somebody was seeing the same thing I was. I wasn’t just alone and helpless.”

That fall, 95 percent of the voters who weighed in on the non-binding referendum supported the measure. The campaign drew media attention to their cause. They formed a new group: the Pilsen Environmental Rights and Reform Organization, or PERRO, and began holding more regular meetings.

The movement was growing.

PERRO began communicating more regularly with regulatory agencies. The first step was determining who did what. They learned that the city’s Department of the Environment was responsible for making sure the company complied with municipal codes, including installing proper pollution control equipment. The federal EPA and Illinois EPA were responsible for collecting emissions and waste data from the company, making sure they complied with state and federal clean air laws.

But they also learned that outside of H. Kramer’s own estimates, there was little data available. No one was testing the actual air in Pilsen.

PERRO requested that the EPA install an air monitor, but they said they lacked cause. According to the data they had, H. Kramer was within the allowable limits.

So Chavez started calling around. She called dozens of environmental labs. At first, she was asking about air monitors. But the organization only had $100 and air monitors were expensive.

She heard that a soil test could cost as little as $30, so she started looking for a lab willing to test the soil.

“I sounded like a real idiot,” she said. “I’d call and just tell whoever answered, ‘I live in Pilsen and we’re just volunteers and we’re trying to find out if this area is polluted and we don’t have any money.”

Most people cut her off and told her to contact the EPA. Or that it was too expensive. Or that, with all of the accumulated contaminants in such an industrial area over more than 100 years, they weren’t going to be able to learn anything definitive about H. Kramer’s possible contribution.

Then one man heard her out.

He started explaining the procedures. He’d send her empty jars. She’d need to wear a new pair of latex gloves for each sample, write down the details of the location, take pictures.

“I said, ‘We can’t do this. I’m just a housewife, and this guy works in an animal shelter. And this guy’s a teacher.’”

And then, before they hung up, he told her, “You know, I live in East Pilsen.”

In early March 2005, PERRO and their small army of volunteers blanketed the neighborhood. They dug up soil samples at twelve sites surrounding the H. Kramer plant and meticulously documented their process. Chavez’s daughter, then 13, took pictures of everything. 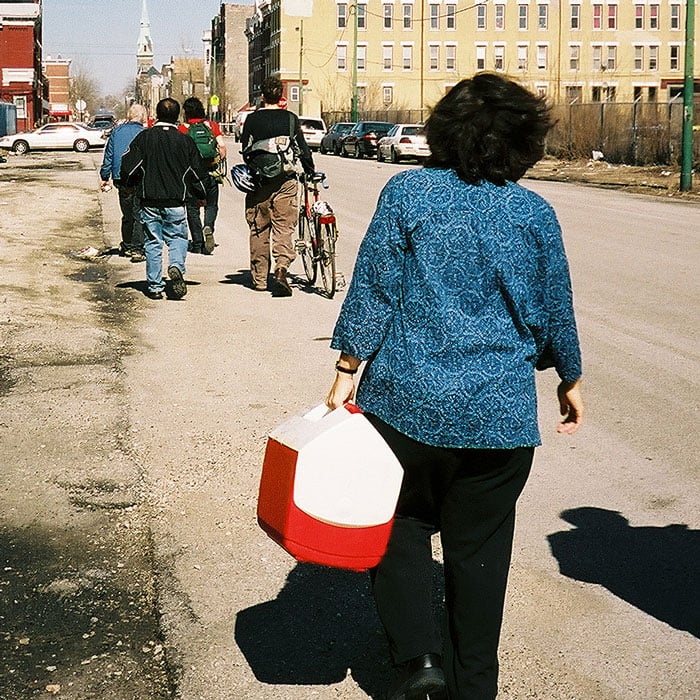 Later that month, she got a call from the lab. One of their samples contained 37,000 mg/kg of lead – more than 90 times the EPA limit for a residential area. The estimated natural amount of background lead in U.S. soil is approximately 10 mg/kg. That alarmingly high sample, it turned out, was adjacent to the H. Kramer property.

Eight of the remaining eleven samples also had lead levels above the EPA threshold. Several others contained excessive amounts of iron, copper, zinc or cadmium.

Chavez felt validated by the results. She and PERRO took their numbers to the EPA, thinking that now “it would be next to impossible to ignore us.”

Two months later, the Chicago Department of the Environment and the Illinois Environmental Protection Agency conducted a joint investigation of the H. Kramer facility.

And they started answering the organization’s questions.

Eventually, at PERRO’s urging, the Illinois EPA did their own soil testing, which also showed severe lead contamination. But H. Kramer’s attorney’s claimed they weren’t responsible for the high lead content in the soil. The area, they said, had a long history of industrial activity that, for several decades, wasn’t regulated.

Then in 2009, the EPA tightened the air quality standards for lead, forcing H. Kramer to further reduce their emissions.

In January 2010, the Illinois EPA placed an air quality monitor on the roof of Manuel Perez Jr. Elementary School, just half a block from Chavez’s childhood home, “because of…concerns expressed by the community,” according to an Illinois EPA fact sheet. 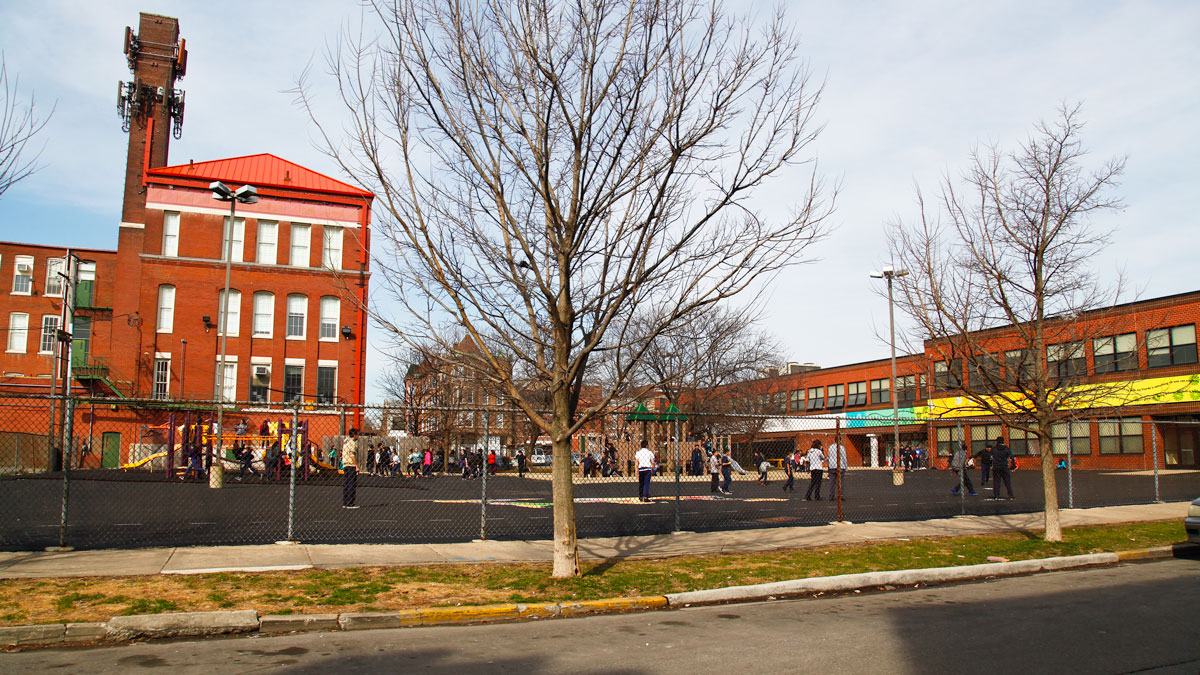 That year, lead above national standards were detected in 11 of 60 air samples. This gave the EPA grounds for taking action.

In 2011, the regulatory agencies, together with the Department of Justice, filed a preliminary injunction, prompting H. Kramer to agree to reduce their production of lead-containing alloys and upgrade their pollution control systems once again. Emissions dropped further.

But H. Kramer’s attorneys still claimed that not all of the lead was coming from their plant.

Just last year, the EPA filed a unilateral order, ordering H. Kramer to remediate that soil surrounding the plant. The company eventually reached an agreement with the EPA. They began remediation work in a few nearby yards in December. They plan to resume clean-up efforts this spring after the soil thaws.

PERRO is still very involved. They are coordinating volunteers to go door-to-door, working to alert residents, and convince property owners to participate in testing and clean-up. So far, almost half of the property owners who qualify either haven’t allowed their soil to be tested or haven’t signed off to have their soil replaced.

PERRO is working to raise awareness of the risks of inaction, which are particularly grave for pregnant women and small children.

Since the Kramer battle began, activists with PERRO have launched several additional campaigns to improve the environment in Pilsen. Many of those battles have been won. In 2012, Midwest Generation shuttered the Fisk Generating Station, previously one of Chicago’s – and Pilsen’s – biggest industrial sources of carbon dioxide emissions.

But getting widespread participation in the community has been a challenge. The complexity of the issues can be a barrier.

But not for Maria Chavez.

"If you're willing to make a fool out of yourself, you can do almost everything."

Another key ingredient to PERRO’s success has been sheer willpower.