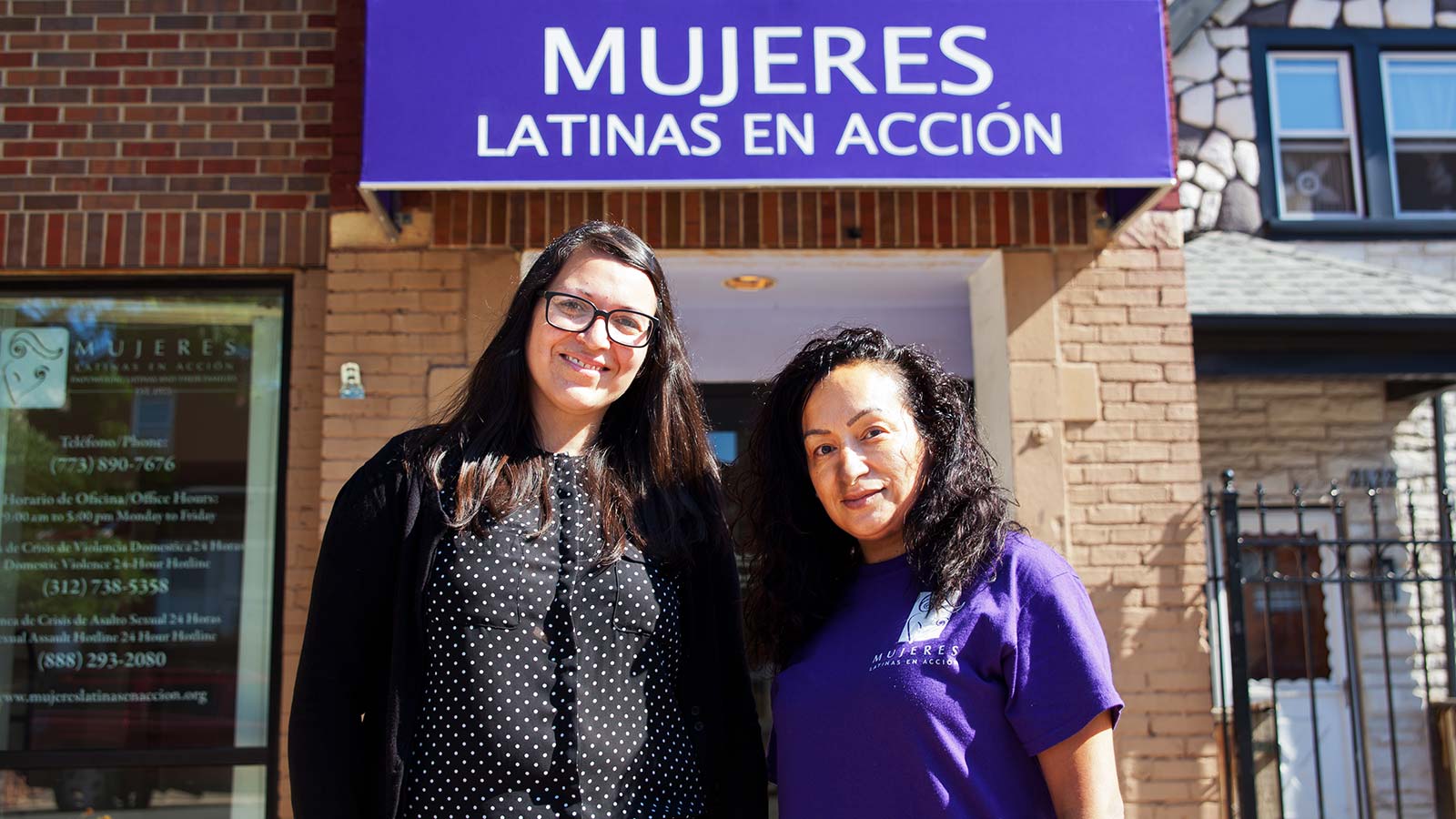 For 50-year-old Pilsen resident Frances Velez, the domestic violence program at Mujeres Latinas en Acción has meant the difference between life and death.

Velez, a single Mexican-American mother of seven, remembers when she first stood at the organization’s doors in 2008. At the time, she was a recovering drug addict, had lost her seven children to the Illinois Department of Child Protective Services, and was living in constant fear of her ex-boyfriend, who physically and emotionally abused her for more than seven years.

“I had one hand on the door and my foot ready to run away, saying to myself, ‘Oh my God, is this going to help me or is this going to destroy me?’” Velez said in a raspy voice, her jet black hair framing her face.

“But once I opened that door, I never left. I've been here for nine years. If it wasn't for this place, I can guarantee you, I would be dead.”

Domestic violence — which includes rape, sexual assault, robbery, and aggravated assault committed by intimate partners, immediate family members, or other relatives — accounts for 21 percent of all violent crime in the U.S., according to the U.S. Department of Justice.

A 2017 Sinai Community Health survey by the Chicago Community Trust found that 16 percent of women and 12 percent of men of Mexican origin in Chicago experienced intimate partner violence at some point in their life.

While domestic violence can be found in every Chicago community, accessing services to address the problem has not always been easy for Latino victims. The Mexican community in Chicago faces particular barriers to seeking help for domestic violence, including cultural and religious norms that discourage reporting, and fear that contact with law enforcement will lead to deportation.

Mujeres Latinas en Acción, a culturally sensitive, bi-lingual domestic violence and women’s empowerment program based in Pilsen, has been overcoming these barriers for Chicago’s Latino population since 1973.

Founded by the late Maria Mangual, the organization started as a shelter for runaway youth in Pilsen at a time when domestic violence was hardly defined as a societal problem.

Gwen Stern, Mangual’s longtime friend and a former board member of Mujeres Latinas en Acción, says it was an exciting time to be in Pilsen. The Chicano power and women’s liberation movements were growing, as was the involvement of women in community activism in Pilsen. But that didn’t necessarily translate into support for women’s empowerment. 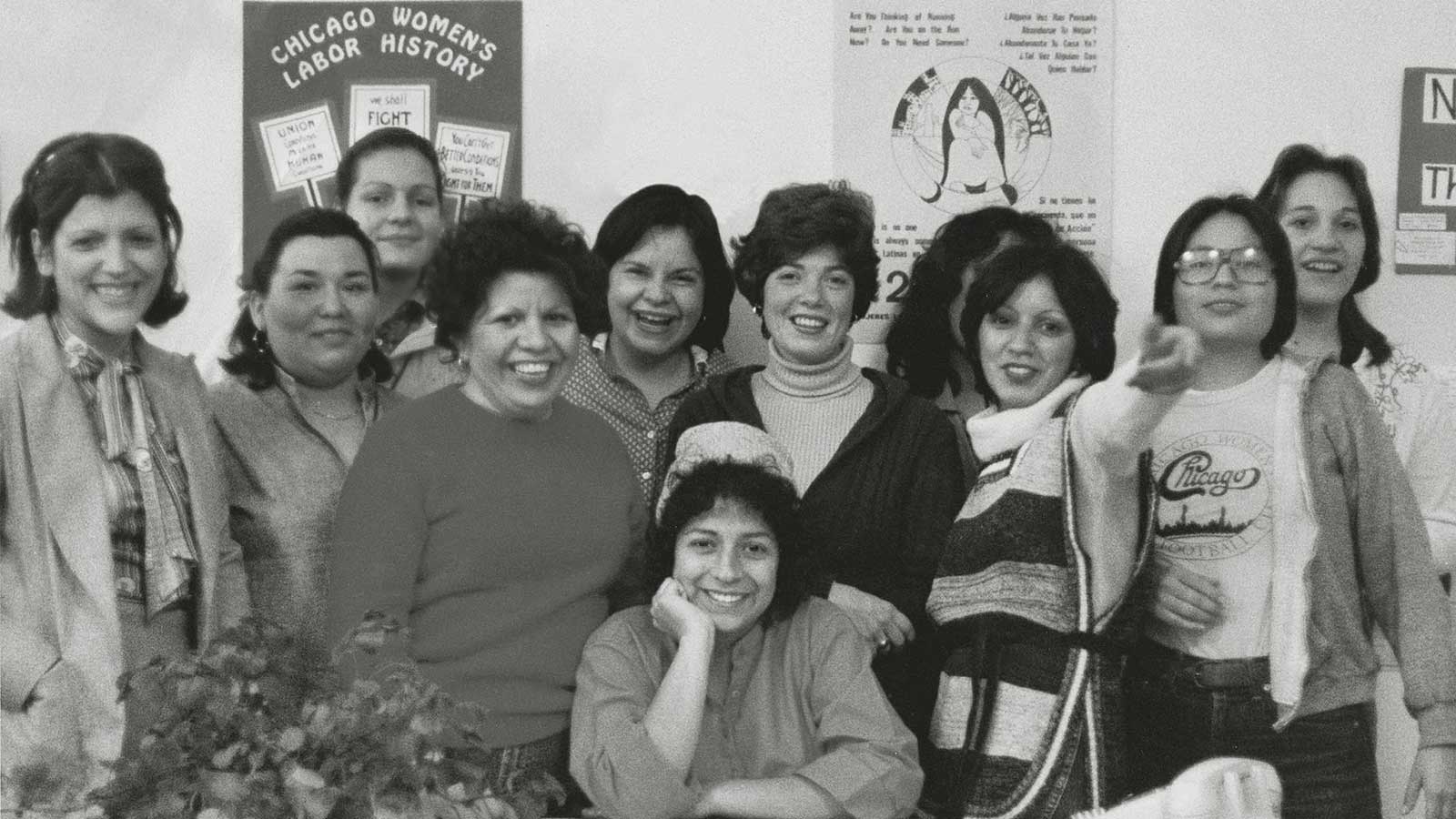 When the organization was founded, Stern says there were no programs for women and girls in Chicago’s Latino community, and they faced many barriers as open and active feminists. Local church leaders and community members criticized the fact that Stern was also on the board of Planned Parenthood, Stern said. She remembers church members referring to Mujeres’ leadership as “uppity women” who were trying to “break apart families.”

Mujeres Latinas en Acción is now Chicago’s preeminent domestic violence services organization for Latinos and is highly respected in the community and by the Catholic Church.

Estela Melgoza, the director of the domestic violence program for the past seven years and a member of Mujeres Latinas en Acción since 2000, says that the changed perception of the organization has to do with education.

“In the Latino culture, family is huge,” said Melgoza. “[Women] are told that you need to preserve your family, keep it together, and unite it. So sometimes they don't necessarily see it as an option to leave the relationship.”

But Melgoza said people are starting to realize that domestic violence is a real problem in the community.

“Having someone that speaks the language is really important,” Melgoza said. “We know that people can best express…their emotions and feelings…in their native language.”

“It can be very healing just talking to people who are from the same state in their country, sharing the food, and saying, ‘This is how we feel,’” said Melgoza.

“We have noticed a drop in orders of protection,” said Melgoza.

Melgoza compared internal data for a 6-month period from January to June 2016 with the same period in 2017. The organization noticed a 24-percent drop in victims petitioning for emergency orders of protection, yet a 20-percent increase in counseling sessions during that same time.

“People are more scared or hesitant to pursue them, because they don't want to interface with law enforcement or have to go to court, because not only do they fear what will happen to the perpetrator, but to themselves.”

“People are more scared or hesitant to pursue them, because they don't want to interface with law enforcement or have to go to court, because not only do they fear what will happen to the perpetrator, but to themselves,” said Melgoza.

Melgoza says part of their role at Mujeres Latinas en Acción is to listen to survivors and inform them of their options, including eligibility for the U visa.

The U visa grants temporary status to undocumented immigrants who have experienced domestic violence and want to pursue a criminal investigation. For some Latina women, it provides protection from deportation and makes them more likely to report domestic violence to authorities.

Mujeres Latinas en Acción is also working on a statewide piece of legislation that would discourage collaboration between local law enforcement and Immigration and Customs Enforcement (ICE). Along with Illinois Coalition for Immigrant and Refugee Rights, Mujeres Latinas en Acción is pushing for the Illinois TRUST Act, a statewide law that would bar ICE and local law enforcement from sharing information without a court-issued warrant. The bill passed the House and Senate and is waiting for Governor Rauner’s approval.

“Mujeres has helped us think more broadly about being able to respond to people in need,” says Smith. “There are many agencies that have improved their ability to serve the Latino community partly because of Mujeres.”

Over the years, Mujeres Latinas en Acción has grown considerably. The domestic violence program in Pilsen today employs 12-14 full-time staff with an average of 50 volunteers a month, all of whom go through 40 hours of mandatory training.

“That is how many [volunteers] we need,” says Melgoza. “Domestic violence doesn’t happen only during certain hours of the day.”

In 2011, Mujeres Latinas en Acción opened a second location, that one in North Riverside. They have plans to open a third location next year, this one in Brighton Park.

Today, Frances Velez is one of the organization’s volunteers and community leaders. In 2015, seven years after first coming to Mujeres Latinas en Acción, she regained full custody of her seven children. Since completing the program, she’s continued sharing her story with other Latinas who face similar challenges.

Melgoza says Velez has been a crucial part of Mujeres Latinas en Acción, since survivors connect to someone who can speak from personal experience.