The half-mile stretch of Lawrence Avenue between California and Western may not look like much, but it’s home to one of the richest, most diverse collections of restaurants in Chicago.

This small slice of city – with its Filipino, Venezuelan, Nepali, Korean, Vietnamese, Bosnian, Greek, Michelin-starred, sushi, and other restaurants all tucked in next to each other – represents the strength of a city like Chicago, with various immigrant communities working to make new lives for themselves while contributing to their new home. In the spirit of PBS and Eater’s No Passport Required, in which Chef Marcus Samuelsson explores immigrant communities in American cities through their cuisines and traditions, WTTW is celebrating some of those communities through profiles of five restaurants along Lawrence and their owners.

It may look like any other piece of any other American city, but this patch of Lawrence Avenue is remarkable in the varied stories and cuisines that it holds. And in that sense of multitude and diversity, it’s not only like any American city; it’s the American city in microcosm. 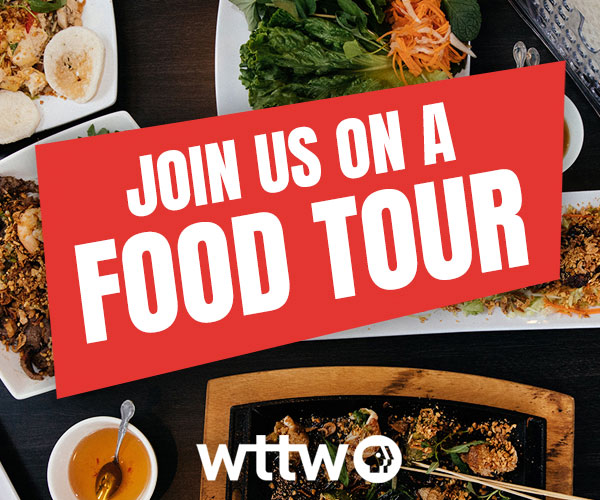 On February 16, join us on a tour of those restaurants, sampling a few representative dishes at each place and learning about the cuisine. Find more details and purchase a ticket.