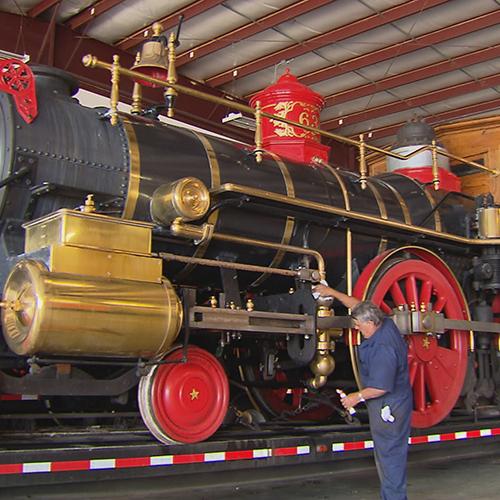 Dave Kloke with his working replica of the Leviathan locomotive, which pulled Lincoln's funeral car on a tour from Washington, D.C. to Springfield, Illinois.

Tonight at 8:00 pm, American Experience rebroadcasts a documentary about the assassination of Abraham Lincoln. On Sunday at 7:00 pm, the second season of Mercy Street, PBS's original drama about a Civil War hospital that features a subplot about an assassination attempt on Lincoln, airs and is available to stream.

Revisit the story of Dave Kloke, who built a working replica of an 1860s locomotive, then reconstructed from photos the train car that carried Lincoln's body on a funeral tour across the country after his assassination. On May 2, 2015, the locomotive pulled the funeral car into Springfield, Illinois, the same day that the original train had arrived at Lincoln's final place of rest 150 years before.