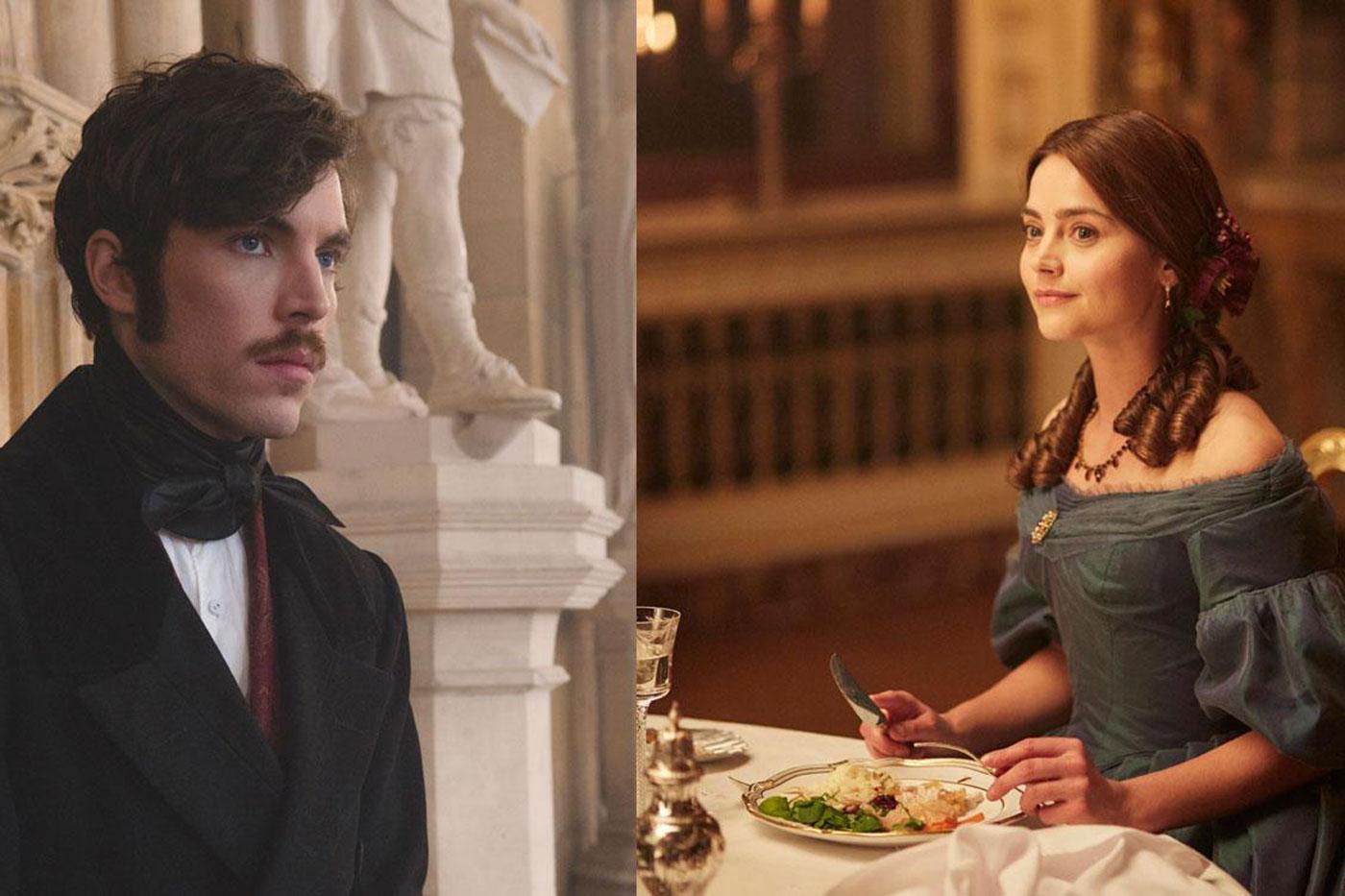 “What would you prefer: flattery, or the truth?” Prince Albert asks Victoria with his customary intensity−everything he does is dark with gloom, as if all of his actions were laden with existential importance. That question is the guiding dilemma of this episode: should Victoria choose flattery, in the form of the kind Lord Melbourne, or truth, as embodied by glum Albert?

At least that’s how Albert views it. I see it more as pleasant selflessness versus overwrought self-seriousness. But I’m not Victoria, and we all know how this will turn out, especially since she and Melbourne already agreed they couldn’t be together. It’s difficult to maintain tension about whom Victoria will marry−ever heard of the Victoria and Albert Museum? 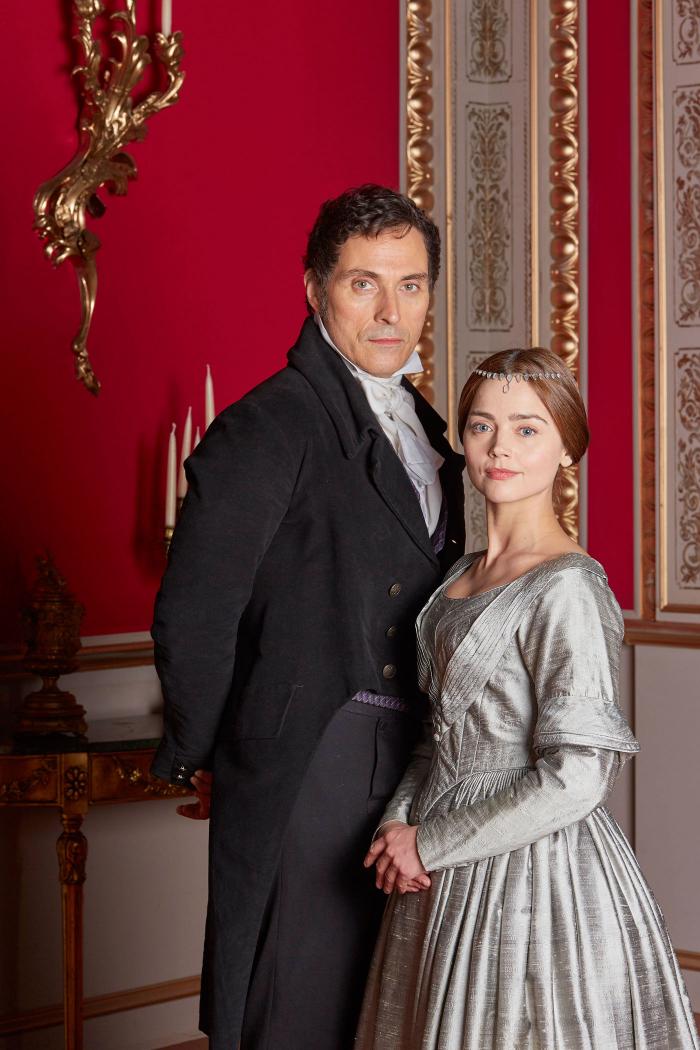 What a lovely couple. If only they could be together. (ITV Plc) Even Victoria's dog Dash doesn’t like Albert, who gets barked at as soon as he enters Victoria’s presence. But Albert is brooding and artsy, so how could you resist? Oh, right. Just observe his condescension when Victoria doesn’t show interest in the paintings at the palace, or his dismissal of her when she laughs about the fact that everyone has to lick her face to put a stamp on a letter, or his snobby admission that he doesn’t play games, like cards. Then he’s not hard to turn down.

And Victoria does originally take a dislike to him, calling him a prig. But after she is induced by Albert’s brother Ernest (who is much more fun than Albert) to abandon her “childish” card game to join Albert in a Schubert duet at the piano (and after he expresses his doubt about whether she can handle the more difficult part), a mutual attraction begins to flower.

We next see Victoria practicing piano−Albert told her she should play more scales−and uncle Leopold explaining that, because she is the queen, she’ll have to propose to her chosen husband instead of the other way around. But she won’t admit she likes Albert yet. And Albert doesn’t help his own cause, criticizing Victoria’s coldness towards her mother and commenting that she spends more time with Dash than the Duchess. I would, too−Dash is cute and fun while the Duchess essentially raised Victoria under lock and key.

Nevertheless, Victoria continues to fall for Albert, and he for her. At a small dance after dinner, Melbourne bows out to make way for an erotically charged waltz between Victoria and Albert, during which they make the most intense eye contact I have ever seen. He breathily murmurs some compliments (“It’s hard sometimes to find the rhythm. Not with you.”), then cuts a slit in his shirt so that he can store her corsage (given to her by Lord Melbourne, I’d like to point out!) “next to his heart.” We are in full-on romance novel territory now, a literal bodice ripper. And don’t worry−Albert will rip more of his clothes off later on. 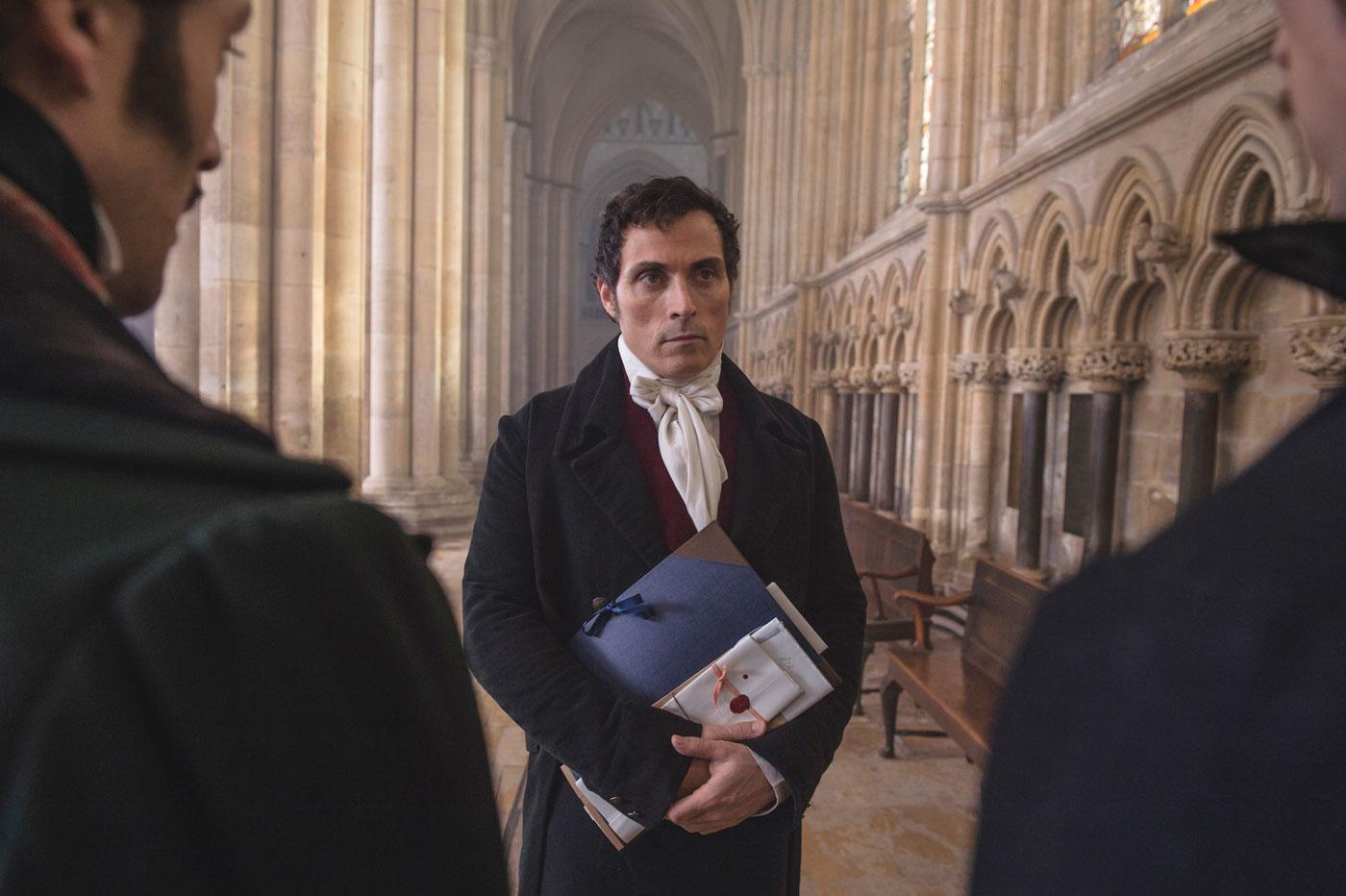 Lord Melbourne is so dashing, forget Albert. (ITV Plc) While Albert has been belittling Victoria, his valet has also been insulting the servants to Baroness Lehzen in German. Alas, in contrast with Victoria and Albert’s relationship, there is not some simmering chemistry between the German valet and Penge. We find out that the Baroness knows Penge has a side business but has refrained from doing anything about it. And we also discover that Penge speaks German, so he has understood all of these comments. Gasp!

Back to Victoria, who has decided to take the court to Windsor Castle, where there are some exceptional paintings and a forest. Albert likes art and trees, not gardens, so Windsor’s forest is preferable to Buckingham’s curated lawns. Albert and Victoria frolic in the forest and he smiles for the literal first time. But he can’t drop his glower for long. After Dash breaks a leg and Albert rips the sleeve off his shirt to bind it, he gets upset about Victoria’s attachment to Melbourne and Melbourne’s indifference to poverty. That latter qualm is entirely valid, but what should be a redeeming quality in Albert−his concern for the poverty of the working class of London−comes across as pretentious because of his dismissive, holier-than-thou attitude. 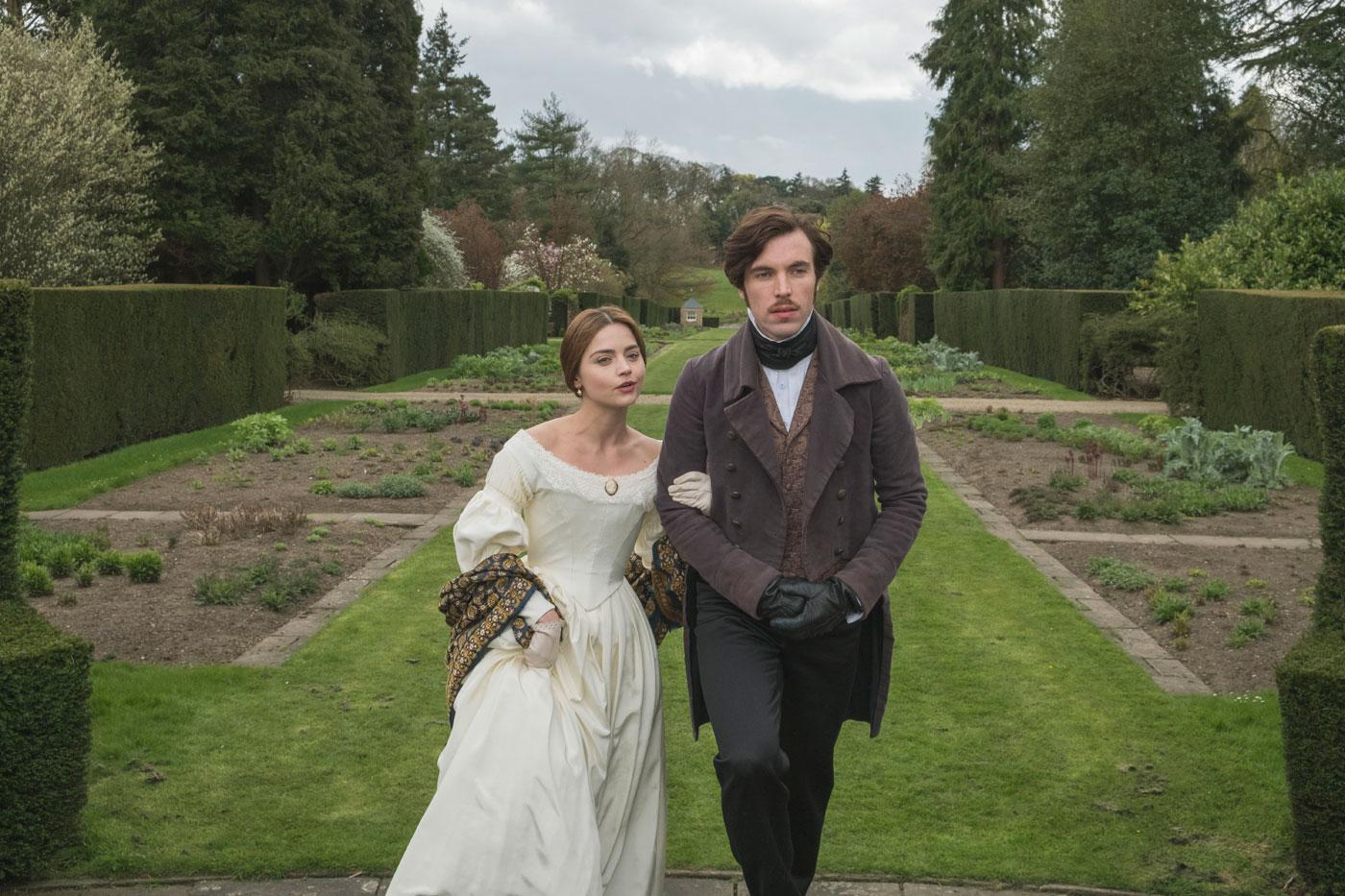 That looks like a pleasant walk. Too bad Albert doesn't like gardens- he prefers forests. (ITV Plc) Throughout this episode, we’ve caught glimpses of that poverty by following Skerrett. She has been supporting a down-on-her-luck friend, but when she doesn’t have enough money, the friend threatens her with blackmail and tells her to steal from the palace for a little extra cash (some friend!). But Skerrett can’t go through with it, and sells her own collar instead. When Victoria notices the collar’s absence, she gives some of her own to Skerrett. The virtuous are occasionally rewarded. We find out Skerrett’s friend taught her the skills she now uses at the palace, and that the friend has a child whom Skerrett is trying to support, though we don’t know any more details of the relationship. 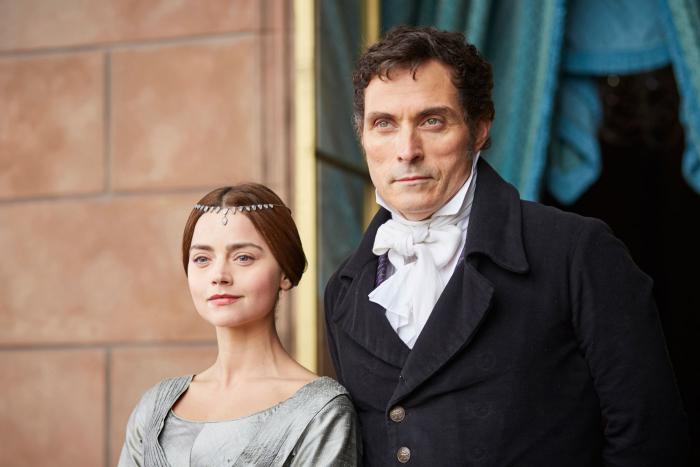 One more photo of Victoria and Melbourne, before he leaves the palace for good. (ITV Plc) Poor Melbourne, who has suffered through watching Victoria and Albert fall in love because Victoria still insists that he be near her as much as possible, now has to listen to the queen complain about Albert. He bears it without a grimace and compliments her in the process. Then he turns around and makes sure that Albert knows he will be retiring soon, away from the palace, thus clearing the way for Albert. If only Victoria could choose him!

Alas, Albert is what we have. Victoria has decided she wants to spend her life with Albert after all, and she nervously proposes to him. He smiles, for probably the second time in his life. He sweeps her off her feet, literally, the music swells, and he kisses her. Romance fulfilled.