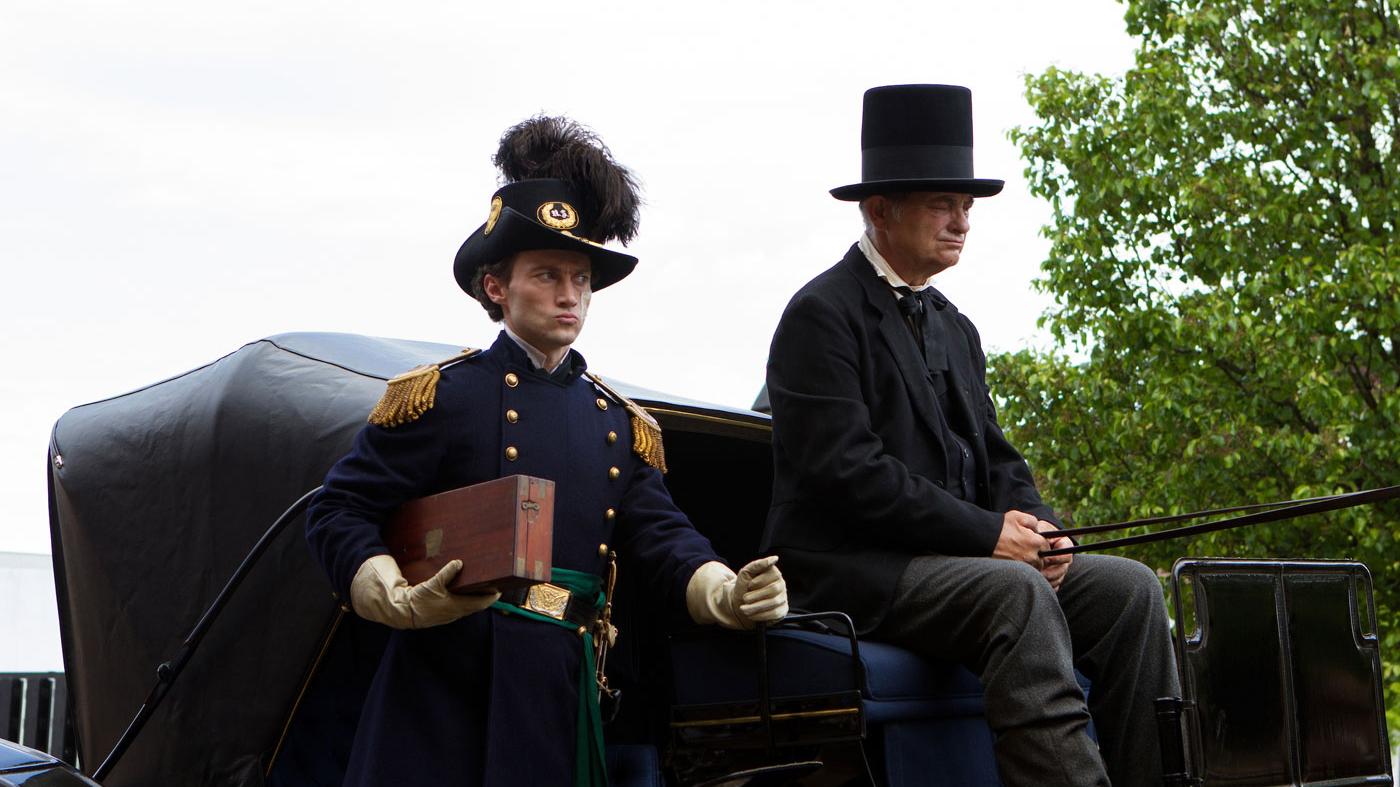 This is an assertive episode. Characters attempt to command authority or commit decisive actions: Alice, Jimmy, James, Samuel, Major McBurney, Jed, and Nurse Hastings all demand respect as dilemmas pile up in Alexandria. 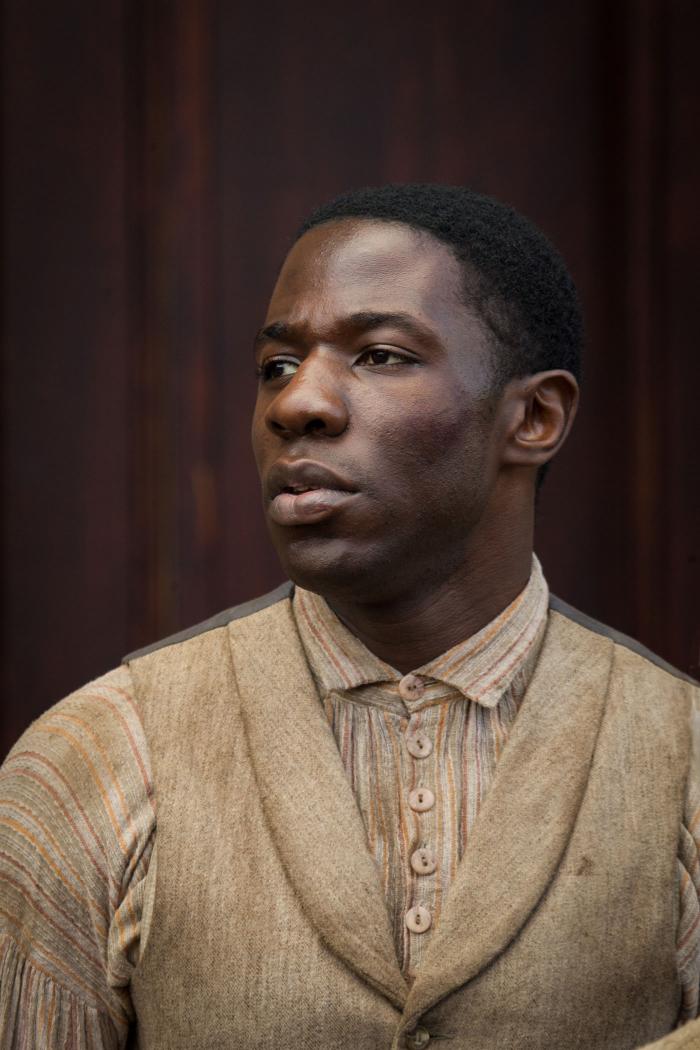 Samuel faces a moral dilemma when Aurelia's husband appears. (PBS/Erik Heinila) First, we have Samuel’s difficult situation. Caleb, Aurelia’s lost husband and the father of her child, has appeared in Alexandria looking for her. Samuel has already claimed he doesn’t know her in order to keep her to himself. But as Charlotte aids Caleb in his search, Samuel gets closer and closer to being caught in his lie.

In the Green household, Jimmy has taken control of the family business. His newly free father is still ashamed that Jimmy signed an oath of allegiance to the Union, but that oath allows Jimmy to run the company while James is demoted to “silent partner.” Jimmy is done trying to please his father. He’s in charge, and has plans to negotiate a contract with the Union army.

Jimmy’s sister Alice is also taking big, consequential strides. She’s a devoted member of the Confederate resistance now, and has been tasked with stealing documents from a Union soldier lodging in the Green mansion. She needs passwords and travel papers to help Frank escape from Alexandria—he’s a wanted man, with Detective Pinkerton hot on his trail. To get them, she starts to coyly flirt with the soldier and ingratiates herself with him by holding out promises of kisses. 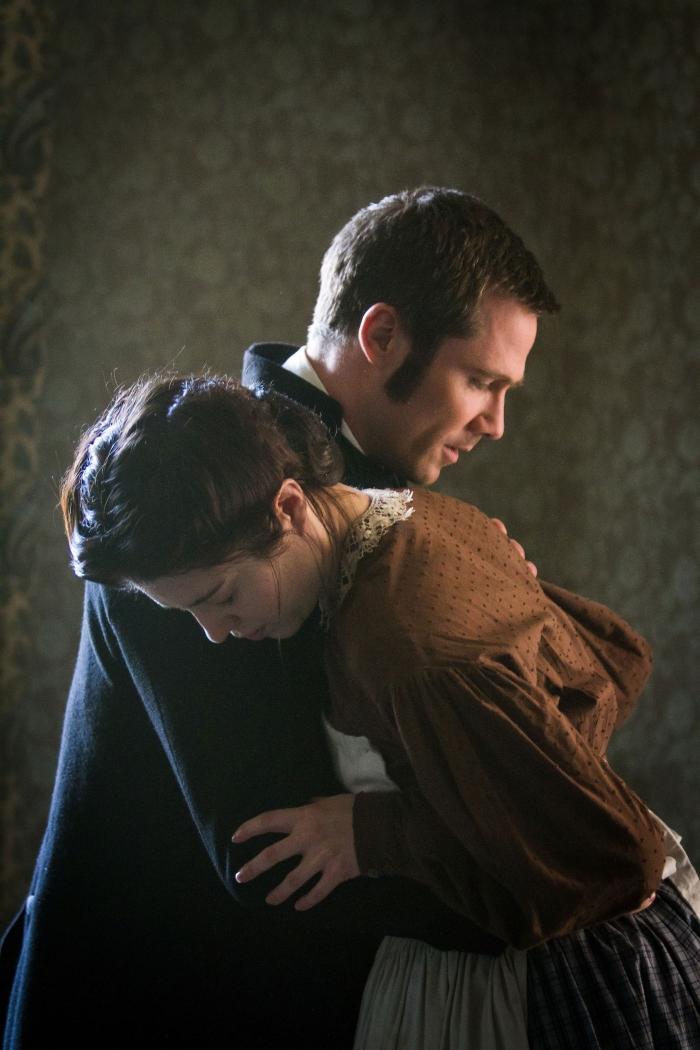 Mary has succumbed to typhoid. (PBS/Erik Heinila) Back at Mansion House, Major McBurney, the new head of the hospital, is meeting the members of the staff individually and assessing them. McBurney is quite the character: he is obsessed with order and rules, refuses to let people mention the scar marring his cheek, and is dismissive of less rigid people, particularly women. He does take a liking to Nurse Hastings for her “tyrannical” disposition, and she quickly becomes his toady, curtly demanding things of the rest of the staff.

The others don’t fare as well. Hale must take a medical exam, despite having already proved his worth as a surgeon; Jed is admonished to follow every regulation; and Mary faints while McBurney lectures her on what “phrenology” tells him from the shape of her skull.

Mary isn’t one to be intimidated, however; she swooned because she is suffering from typhoid. While Jed tends to her, McBurney tries to interrupt. The doctor should be focusing on the wounded soldiers in the hospital. The women can tend to Mary. But Jed is having none of it, and shoves McBurney out of the way. He also refuses to have Mary sent away to quarantine, and their cold romance begins to warm again as she recognizes the love in his fierce defense of her.

Jed further ingratiates himself with Mary by curing a patient dear to her because of their shared hometown. Using the ridiculous invention of a quack doctor who has been secretly “treating” patients in Mansion House with “electromagnetism,” Jed and Hale pretend to treat the man, who cannot move his leg. The doctors have realized the paralysis is psychosomatic. The placebo works, and his foot is soon twitching. 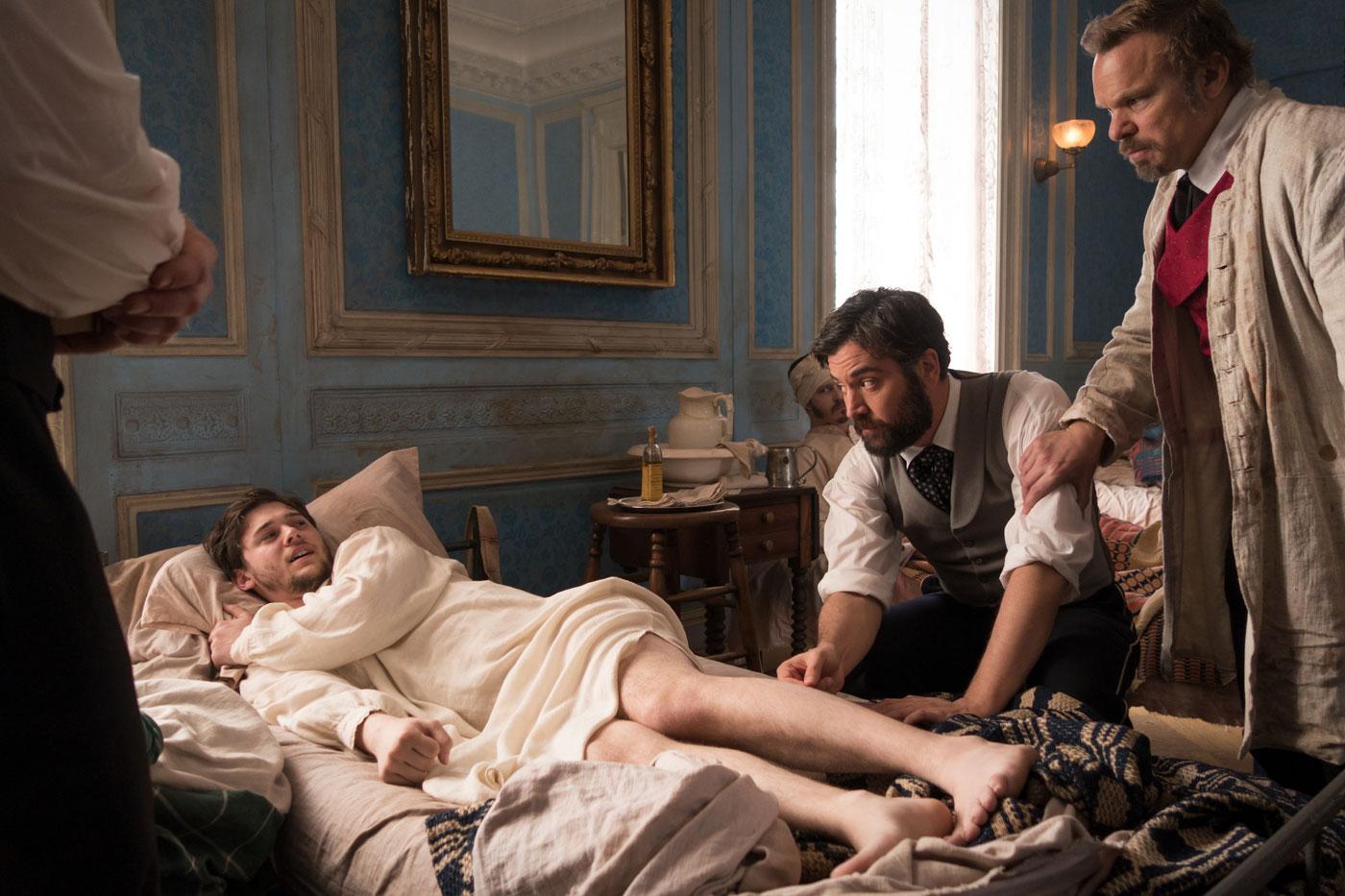 Drs. Foster and Hale cure a patient using a quack treatment as a placebo. (PBS/Erik Heinila) While the doctors give hope to one of their patients, Samuel does the same for another man. Even though Bullen lied for Samuel when Charlotte and Caleb asked him about Aurelia, Samuel lets slip to Charlotte that he does know Aurelia. Facing Charlotte’s disapproval, he approaches Caleb. Hearing of Caleb’s searing pain of separation from his wife and child, Samuel gives the freed slave his steamer ticket north. (At least it seems like this happens. Given that this is a serial drama, it cuts off right before Samuel goes through with the gift, but it seems nearly certain that he does so.)

Meanwhile, the Greens are thrust into a desperate situation. Alice is home alone with the Union soldier, teasing him with kisses, and excuses herself to rifle through his room. Unfortunately, she leaves him waiting for more for too long, and he catches her. His anger and lust ignited, he attempts to rape her. James and Jane arrive just as Alice screams. James rushes in and strikes the man in the back of the head with a spiked fire poker. 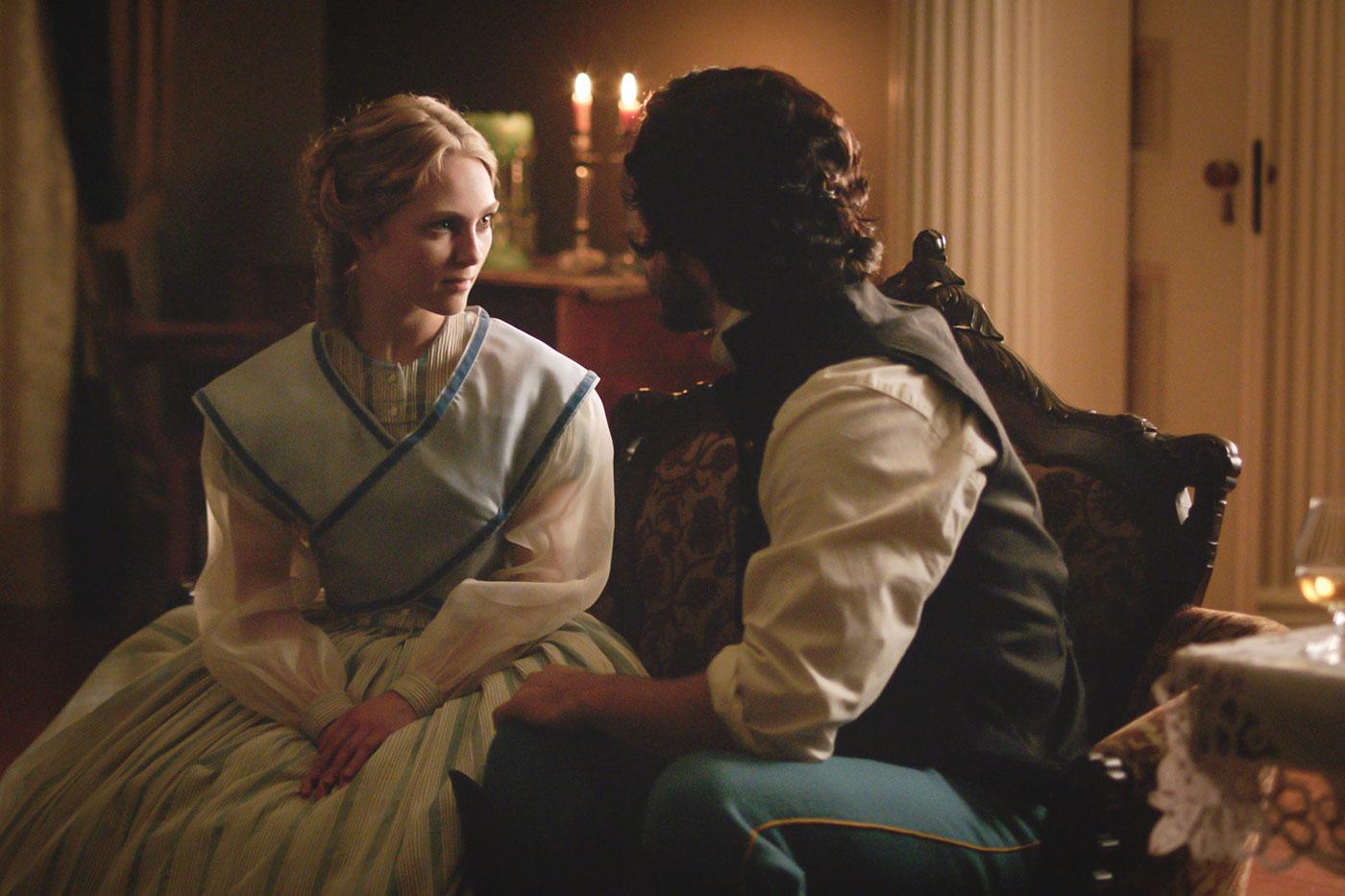 Alice is treading dangerous waters by flirting with a Union soldier. (PBS/Erik Heinila) As blood seeps from the soldier’s head, Jimmy appears, fresh from his own beating (two men assaulted him for doing business with the Union army, but he staves them off by asserting that he can be a better Confederate if the Union trusts him). Newly emboldened, he decisively lays out a plan: hide the body and plant letters indicating that the soldier was considering desertion. When the prone body twitches, Jimmy overrides his mother’s objections and shoots him, making the death final.