The Main Players of '50 Years of Mostly Mozart' 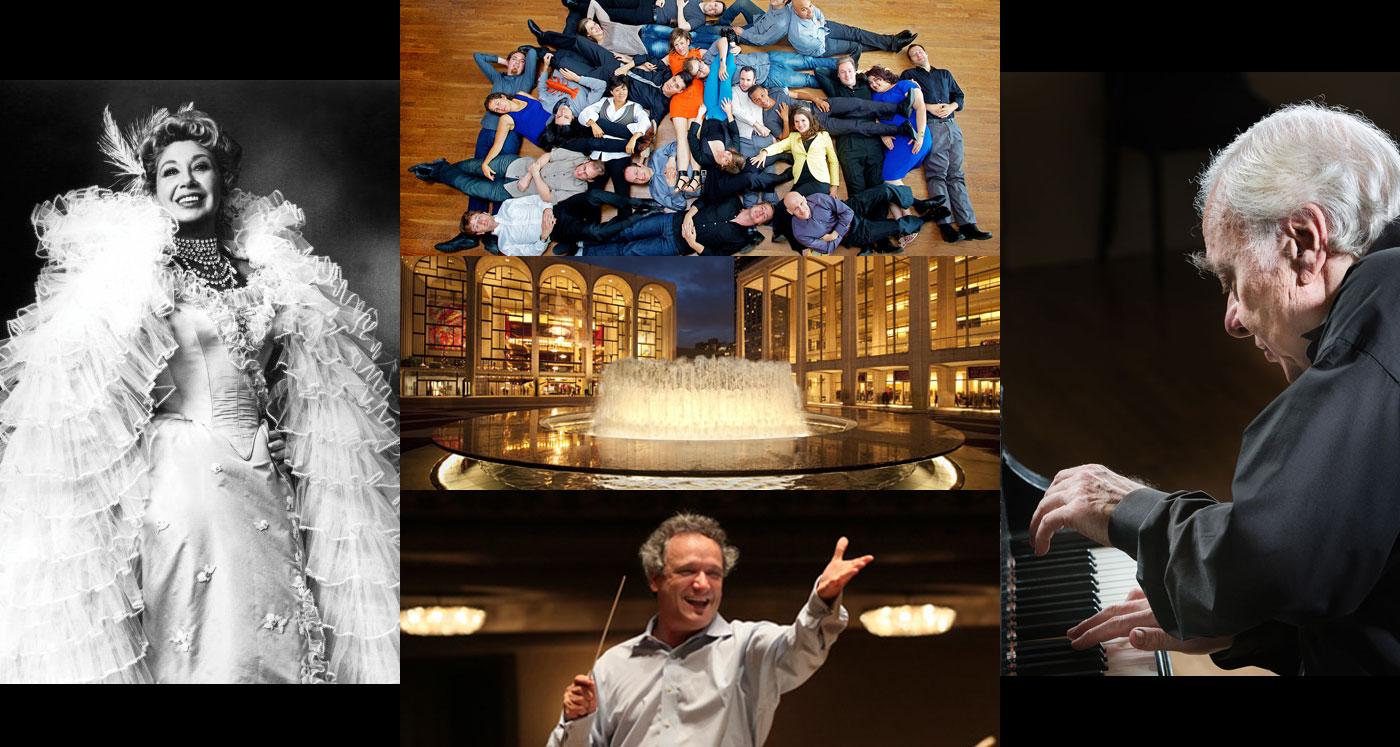 The Great Performances broadcast of 50 Years of Mostly Mozart is available to stream for free.

On Friday, February 3 at 9:00 pm, Live from Lincoln Center celebrates the 50th anniversary of the Mostly Mozart Festival with a broadcast including an all-Mozart concert, highlights from the Festival last summer, and clips of exceptional performances from previous Festivals. Here's a quick introduction to some of the main players of the broadcast. 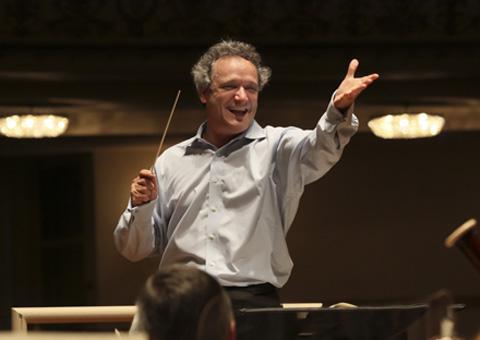 (Courtesy of Cincinnati Symphony Orchestra) The broadcast centers on a concert of Langrée conducting the Mostly Mozart Festival Orchestra in Mozart’s first and last symphonies, as well as the composer’s Piano Concerto No. 12 in A major with soloist Richard Goode. Langrée has been music director of Mostly Mozart since 2002, and during his tenure, the Festival has become more adventurous. He also serves as music director of the Cincinnati Symphony Orchestra, where he has undertaken such innovative experiments as a three-part multimedia exploration of Pelléas et Mélisande. 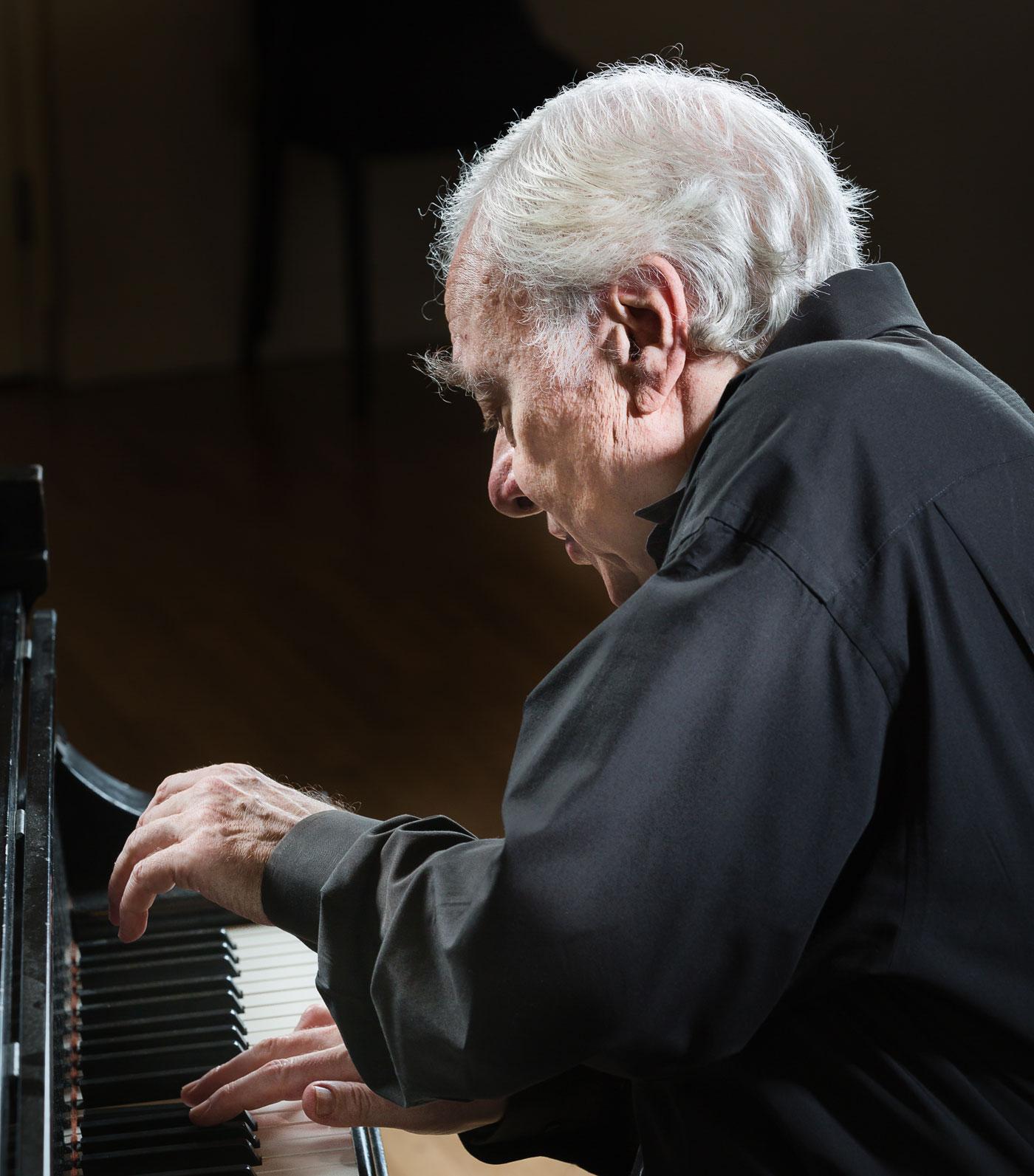 (Photo credit: Steve Riskind) A renowned pianist, Goode gained fame as a chamber musician before garnering acclaim as a solo pianist. He still maintains a reputation as a sensitive chamber musician: he is co-artistic director of the renowned Marlboro Music Festival with Mitsuko Uchida. Known for his interpretations of classical era works, he was the first American pianist to record the complete set of Beethoven’s 32 piano sonatas. 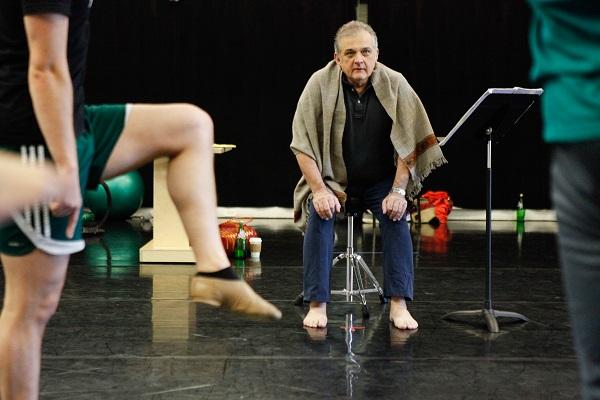 (Photo credit: Amber Star Merkens) Morris is a choreographer with an extraordinary affinity for music. His Mozart Dances, an excerpt of which is part of the “50 Years of Mostly Mozart” broadcast, is just one example of his many works in which music is absolutely integral. He refuses to use recordings in rehearsals, preferring live musicians, and his Mark Morris Dance Group even has a resident ensemble of musicians that he himself sometimes conducts. 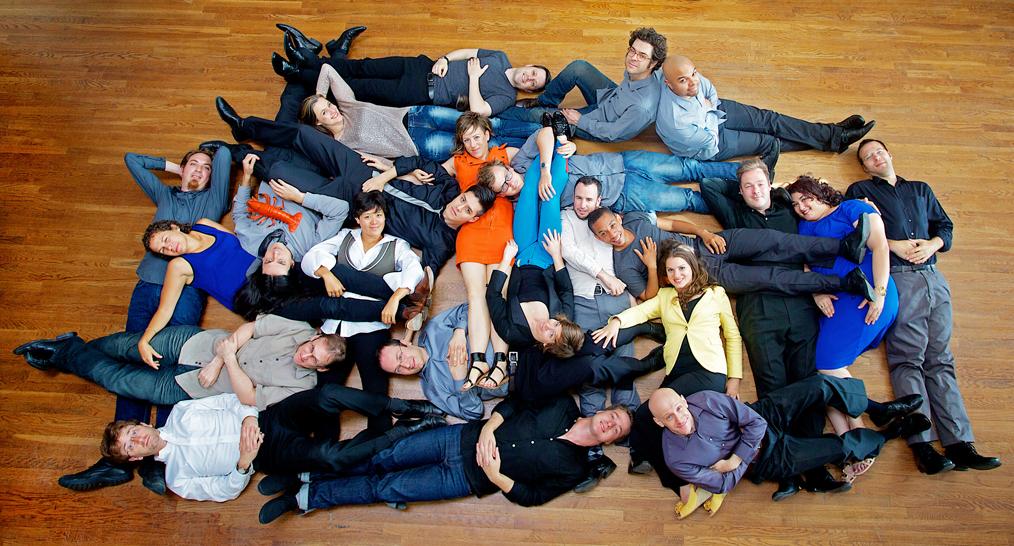 (Photo credit: Armen Elliott) A versatile collective of some thirty performers, ICE was founded by MacArthur “Genius” and flutist Claire Chase. In honor of the 50th anniversary of Mostly Mozart, where the group is artist-in-residence, ICE presented 50 premieres. They have premiered more than 500 works since their founding in 2001, and feature some of the most prominent and active contemporary musicians in the country. 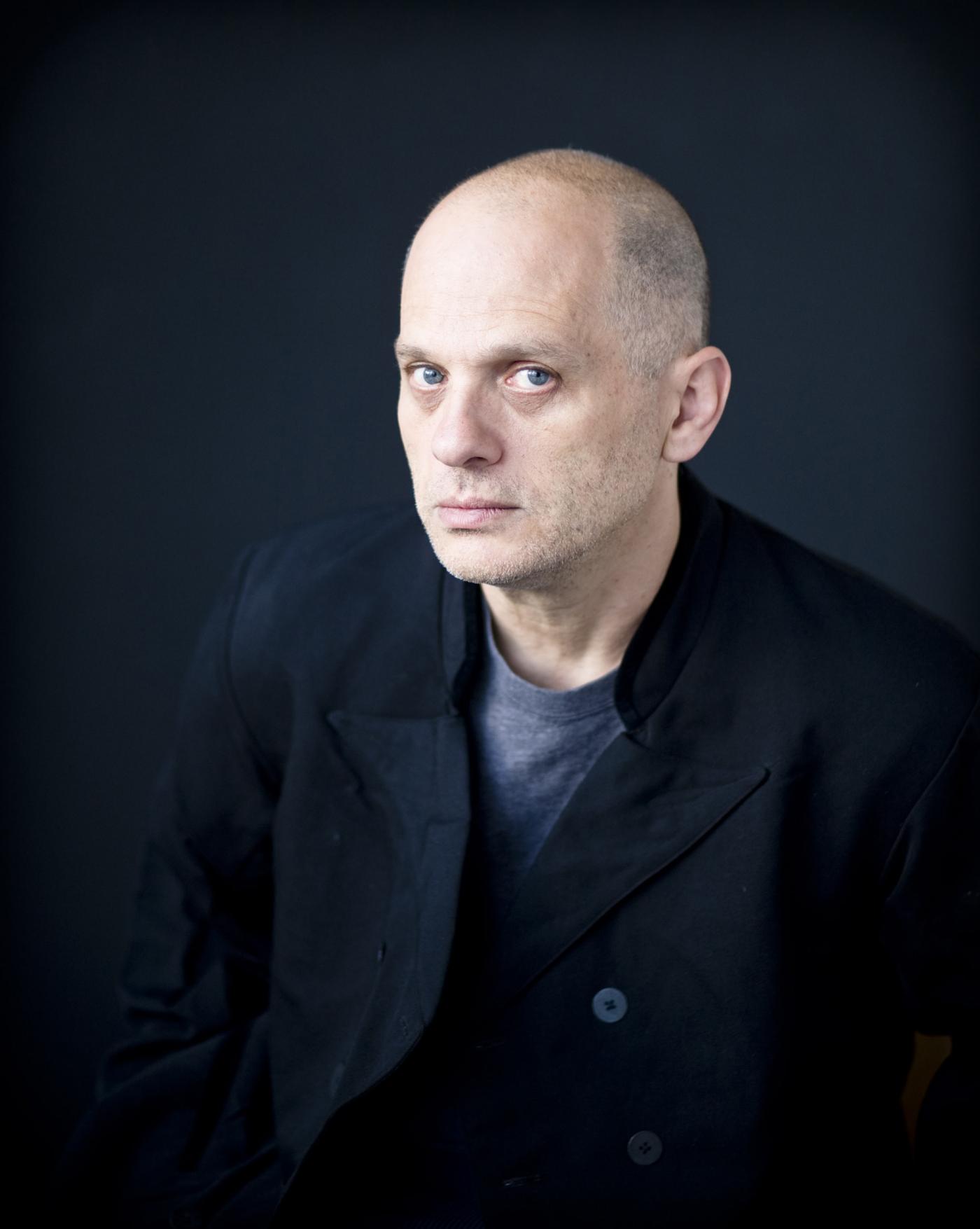 (Photo credit: Peter Serling) Lang is a composer known for haunting, simple music and unusual dramatic works, such as a recent piece called anatomy theater in which a woman murderer who is being dissected to search for signs of evil sings to the audience. He has also gained a reputation for vocal music since his little match girl passion won the Pulitzer Prize for Music in 2008. Last summer at Mostly Mozart, 1,000 volunteer singers from all five boroughs of New York premiered his public domain outside of Lincoln Center—you can watch part of that performance in the Live from Lincoln Center broadcast. His music has even crossed over to pop, in the form of a sample in a recent song by the band the xx. 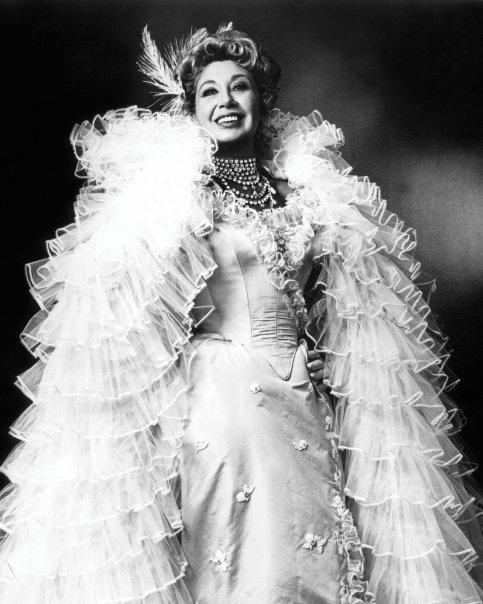 Beverly Sills. “50 Years of Mostly Mozart” will revisit performance footage from the Festival of Sills, one of the most famous sopranos of the twentieth century. Best known for the difficult tragic leads of Donizetti operas—the title roles of Lucia di Lammermoor, Anna Bolena, and Maria Stuarda, and Queen Elizabeth I in Roberto Devereux—she was revered for her brilliantly agile coloratura voice. She also served in administrative roles at New York City Opera, Lincoln Center, and the Metropolitan Opera after retiring from singing in 1980. 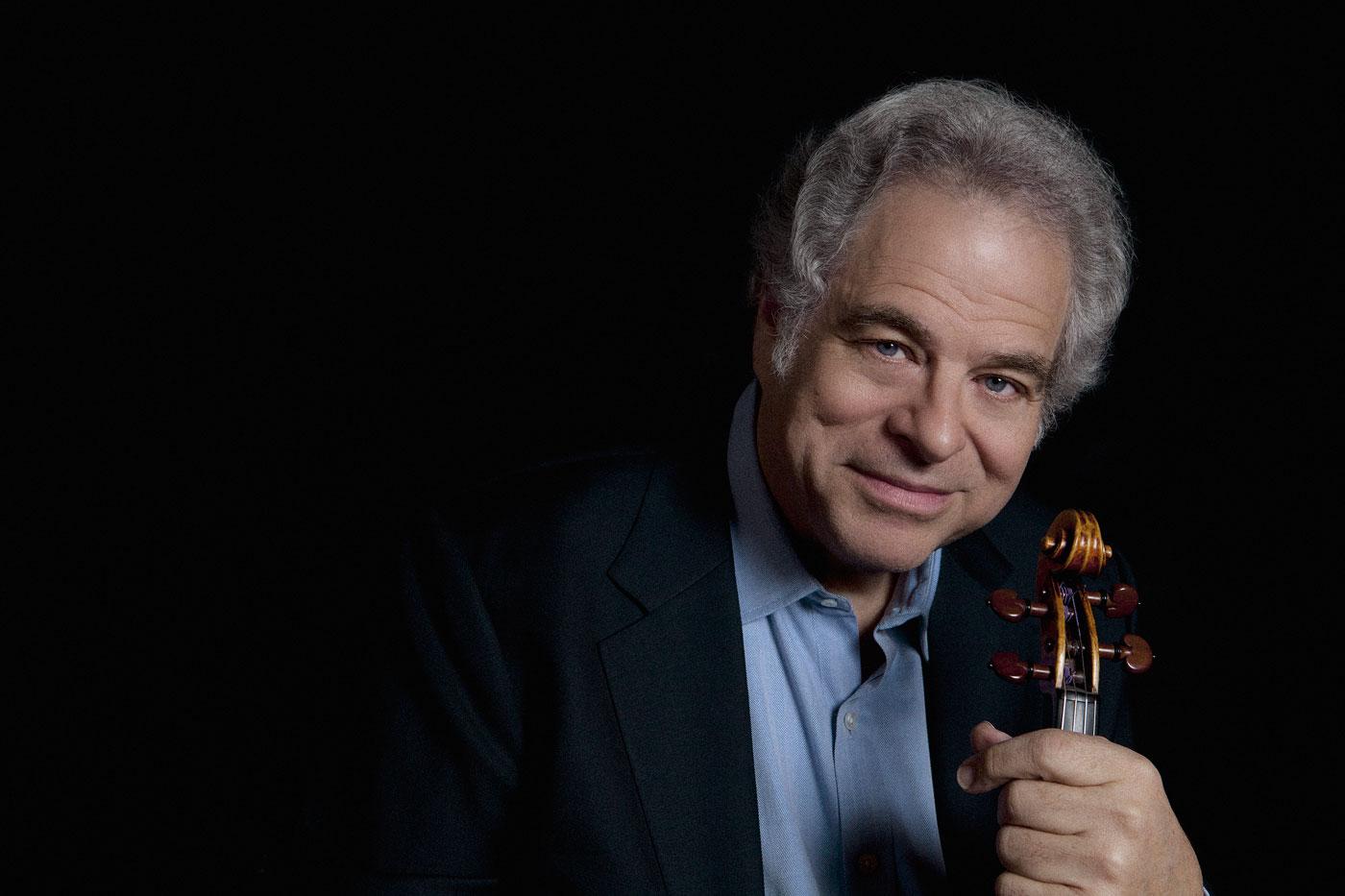 (Photo credit: Lisa Marie Mazzucco) Few names in classical music are as instantly recognizable as that of Itzhak Perlman, who appears in old footage in the Live from Lincoln Center broadcast. The Israeli-American violinist and conductor, who turned 70 in 2015, has won countless awards, performed in illustrious venues all over the world, and collaborated with some of the finest musicians of his time. He is also renowned as a pedagogue.