"Food Tells Us Who We Are": An Interview with Lidia Bastianich 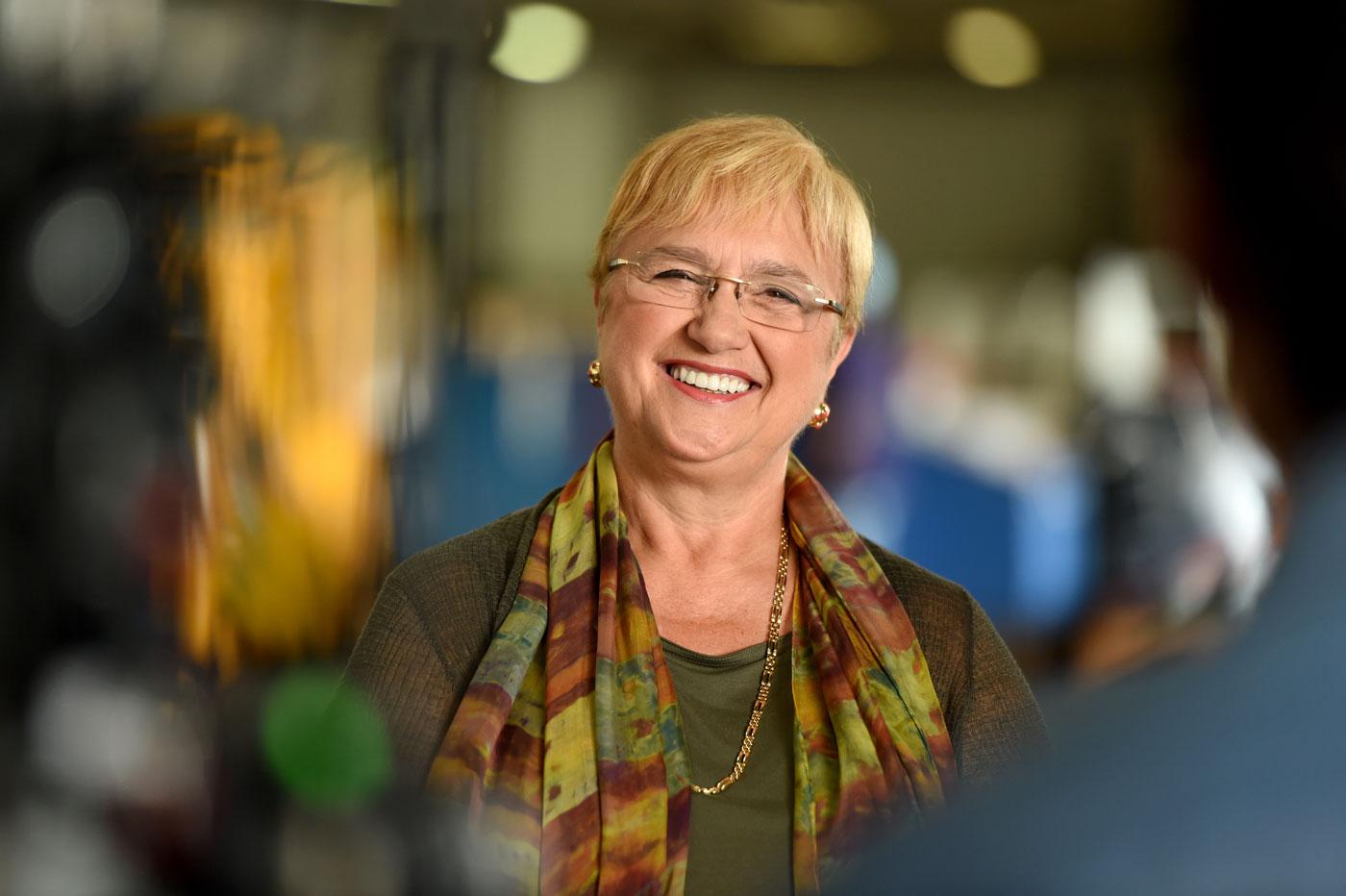 Lidia Bastianich is the Italian grandma everyone wishes they had: warm, gregarious, devoted to family—and a fantastic cook, whose greatest joy is to share food. “I’m Italian, and for Italians, everything happens at the table,” she says. She continues with a jovial smile and her hands spread invitingly. “The table is a magnet that brings people together. If you put good food on it, the magnet becomes even stronger!” 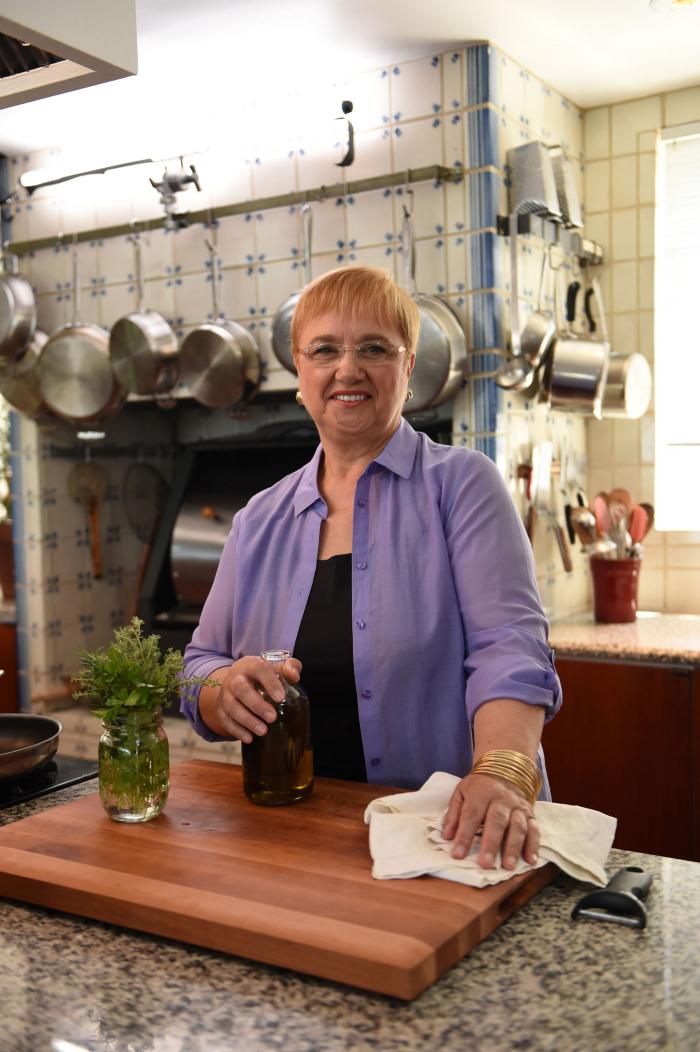 (Courtesy of Meredith Nierman) She is sitting in the ground-floor Caffè Lavazza at Chicago’s Eataly, the Italian marketplace-cum-food hall she brought to America in partnership with its founder Oscar Farinetti, the chef Mario Batali, and her son Joe Bastianich. She had just been visiting the store’s various emporiums and restaurant stations, tasting the offerings. What if the food is not up to her standards? “It’s all tasty,” she replies. “Otherwise I make corrections; I help them.”

Lidia loves to help people cook. Her PBS cooking shows, her numerous cookbooks (some co-written with her daughter, Tanya Bastianich Manuali), the public classes she teaches at Eataly, preparing a meal with another person: they are all avenues to share her love of food and reveal the possibilities of cooking.

“It’s a great reward to be a door-opener for people who otherwise might not cook,” she says. If someone takes time out of their day to watch one of her shows or read one of her books, it is immensely important to her that they learn, receiving something in return. “I am passionate about what I do. I think cooking is a gift that was given to me, and I feel that in the end, it’s not mine to keep, but to share.”

Such generosity defines Lidia—you get the feeling that, like any good grandma, she won’t let you leave until you help yourself to more food. She is on the board of Arrupe College, a higher-education program at Loyola University of Chicago for underprivileged students. She welcomes friends and family to her table to enjoy her food. And in her most recent Lidia Celebrates America special, “Holiday for Heroes,” she cooks food with and for the military, to “say my thank you to the veterans for maintaining this freedom that we have.” ("Holiday for Heroes" can be streamed by Passport members, while previous specials can be streamed for free.) 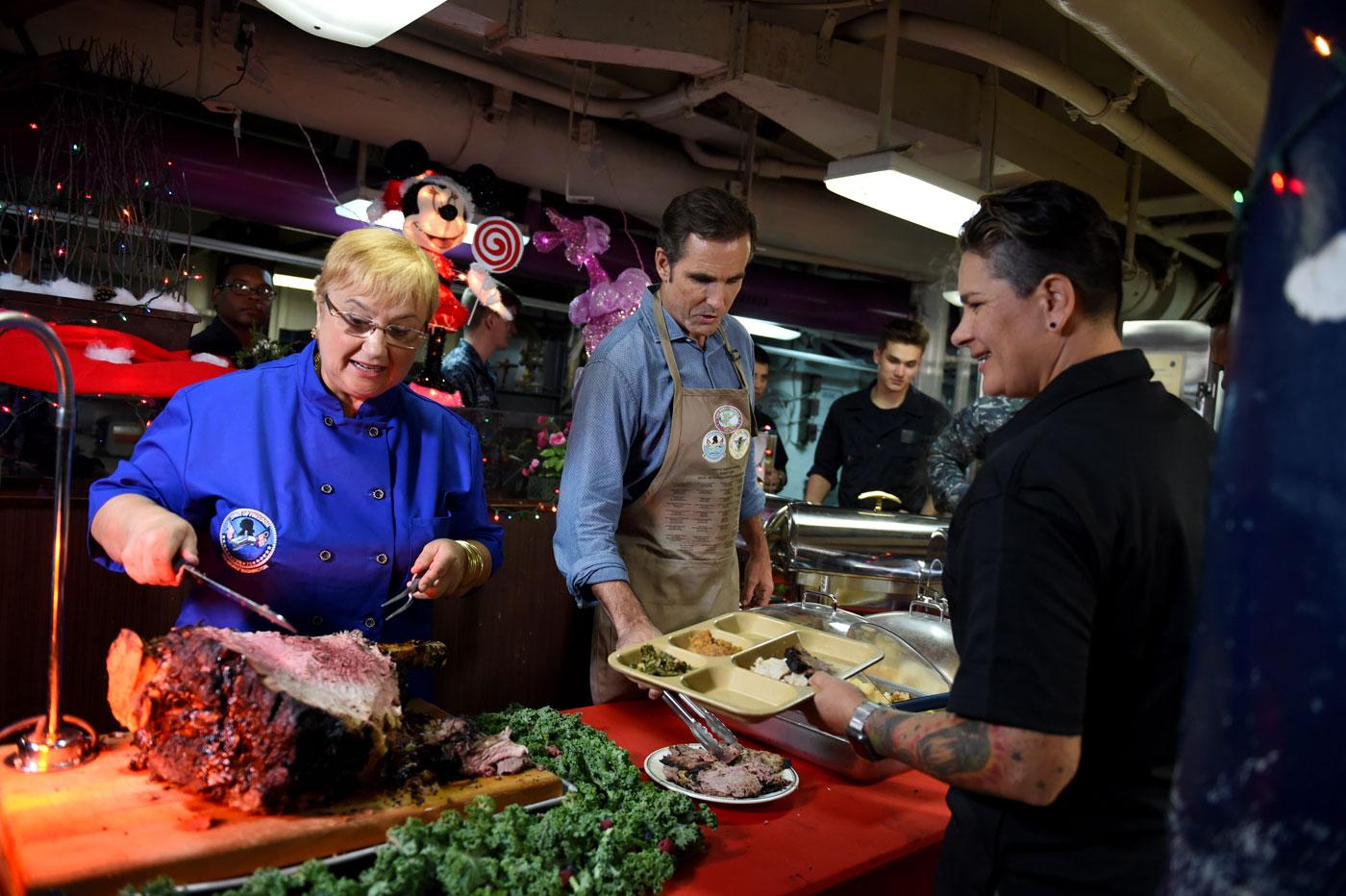 Lidia serves a U.S. Army veteran aboard the USS George Washington. (Courtesy of Meredith Nierman/WGBH) “I was an immigrant,” Lidia says. “I had my freedom taken very early on in life.” Born in a part of Italy given to Communist Yugoslavia after World War II, she and her family eventually fled to Italy to escape the oppressive regime, before coming to America after two years spent in a displaced persons camp.

That experience underlies Lidia’s devotion to the diversity of America and its celebration of traditions both old and new. “It’s amazing to me, in these times, how diversified America is, and how we are all Americans and yet we all still have our little niche of culture,” she says. “And when important things happen in life—marriages, christenings, whatever—one reverts to their culture. The festivity respects their traditions, but also they’re American.” 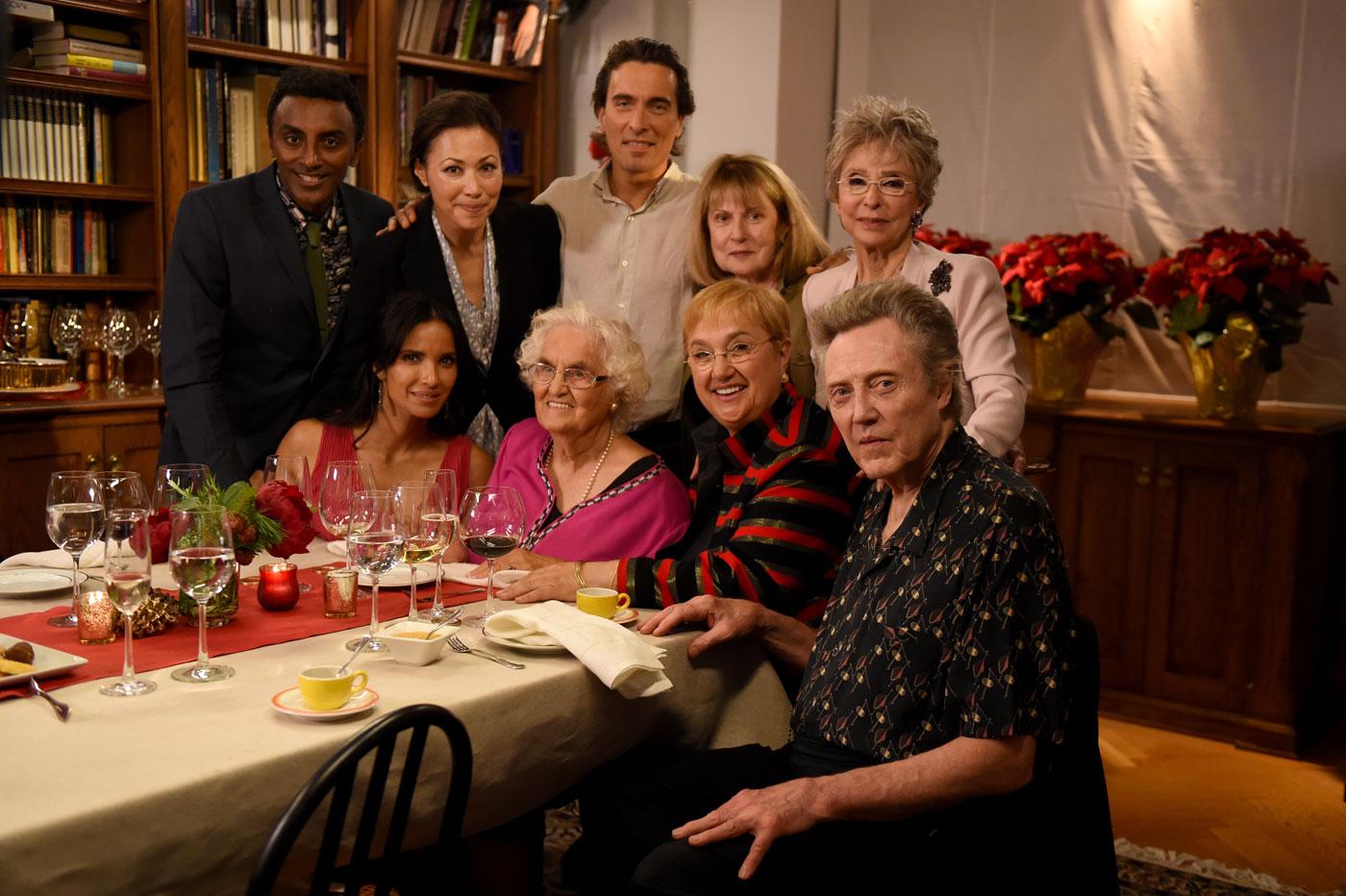 A Christmas meal at Lidia's table in Lidia Celebrates America: Home for the Holidays. (Courtesy of Meredith Nierman) Lidia Celebrates America allows Lidia to explore what makes other cultures feel like they belong. “My entrée into anyone’s life is food,” she says. So, from a Korean wedding to a Navajo house blessing to a celebration of Filipino independence, she learns about other people by sharing a table and traditions with them.

For Lidia, that is the best way to get to know someone. Food relaxes people and acts as a “communicator” in a world increasingly isolated by technology. “Even a platter of cheese and prosciutto is conducive to a great conversation,” she says. Food encompasses basic human emotion: “With food comes all the sentiments, meaning that you love somebody or care for somebody.” Most succinctly: “Food tells us who we are.” 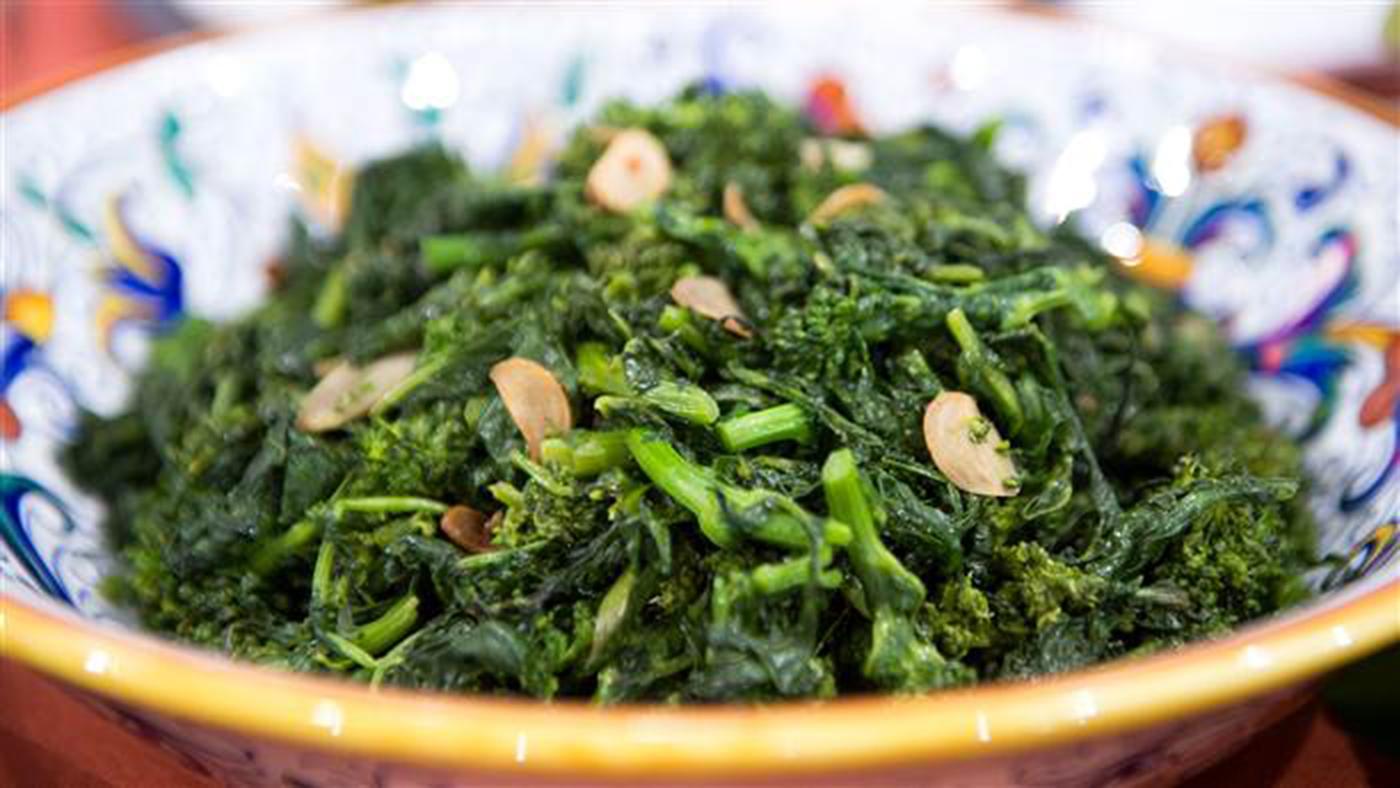 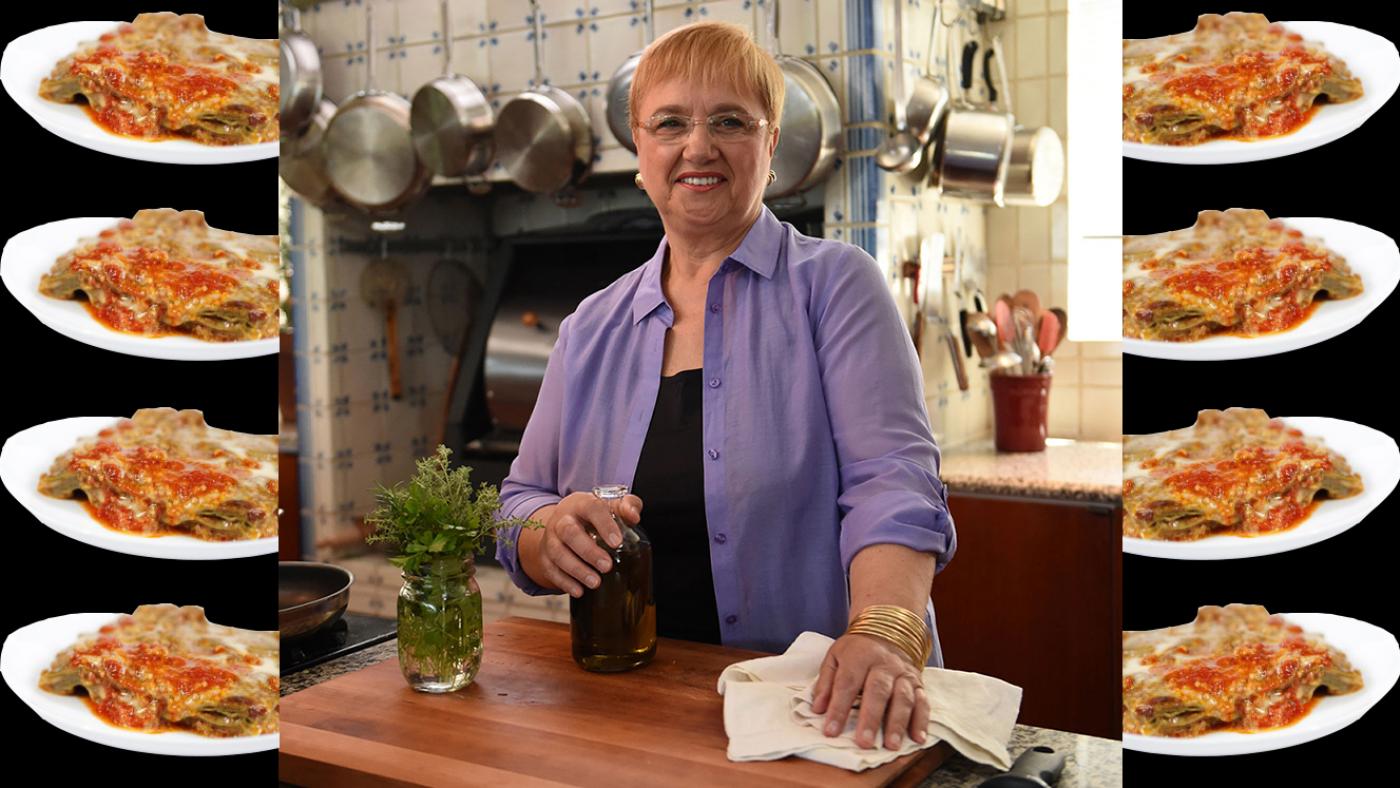