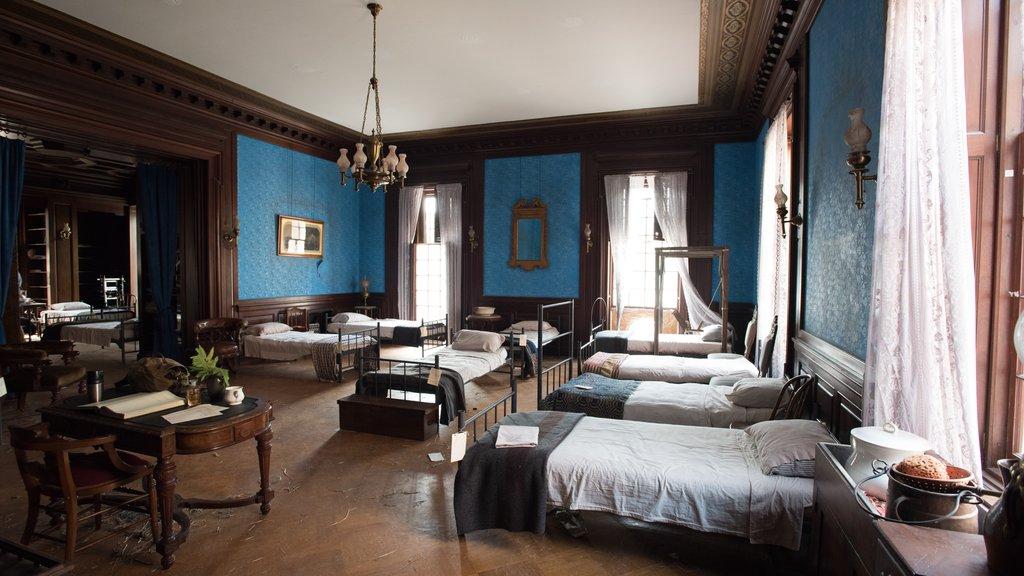 Now that season two of Mercy Street has ended, catch up on the interviews, features, and recaps of the series that we've posted. Passport members can re-watch all the episodes from both seasons.

"The Great Force of History" -- Executive Producer and Co-Creator Lisa Q. Wolfinger explains the inspiration behind Mercy Street, what her job entails, and why she decided to set a show during the Civil War.

"Enlarging the Historical Framework" -- The Chicago-based historian Pamela D. Toler talks about her book Heroines of Mercy Street: The Real Nurses of the Civil War, and the importance of writing about women in history.

"From Storefront Theater to PBS Drama" -- Actor Gary Cole, who plays James Green, describes his beginnings in experimental Chicago theater, his role as cult favorite Bill Lumbergh, and what he likes about historical dramas.

"The Costumes of Mercy Street" -- Costume designer Amy Andrews Harrell created beautiful gowns and everyday workman clothes, and did it with exceptional attention to historical detail.

"Love and War" -- Following Lincoln's visit to Mansion House, the hospital is full of new intrigue. The staff work to save Bullen while Frank works to hide evidence of his involvement in an assassination attempt - and that evidence includes the steward.

"Stand Up" -- The characters all take some decisive actions: Alice's rebel work embroils the entire Green family in a dire situation, and Jimmy takes charge; McBurney attempts to assert authority, but Jed stands up to him; Nurse Hastings sidles up to McBurney in order to gain more power in Mansion House; and Samuel makes a moral choice.

"Not to Yield" -- Changes of heart abound in this episode as characters are thrust into trying circumstances and witness events that cause them to begin to question their loyalties.

"Women at War" -- Being a decent person in this war is dangerous. Being a woman just adds to the difficulty, but the women of Alexandria don't let that stop them from helping their side.

"Suffer Me Not" -- Some people exploit the suffering of the war for their own advantage, while others strive only to alleviate pain and end the conflict. Where do the denizens of Alexandria fall?

"Fight or Flight" -- In the wake of the Battle of Antietam and the Emancipation Proclamation, the lives of the characters of Mercy Street change drastically in this finale, as some undertake journeys and some decide to stay put.