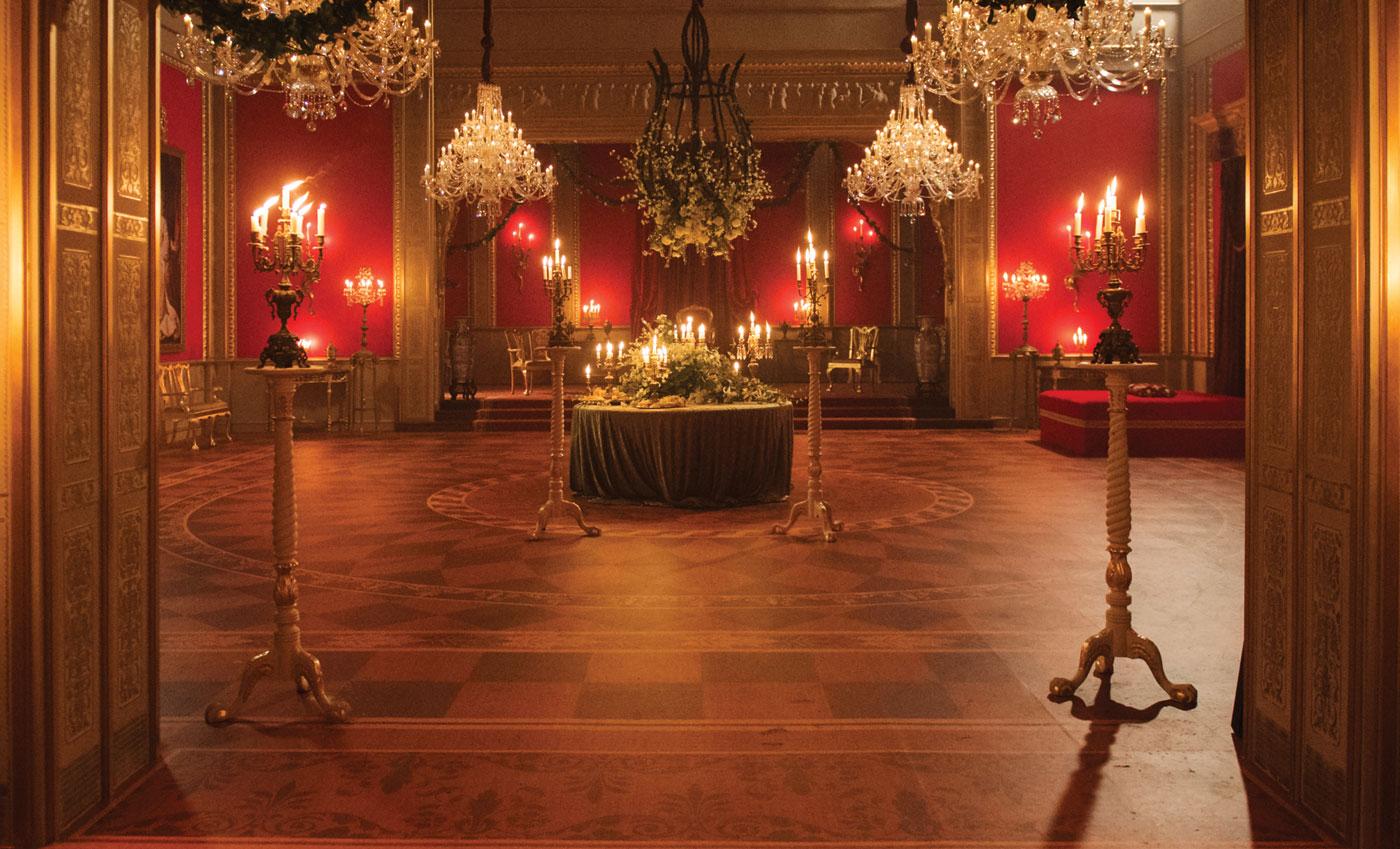 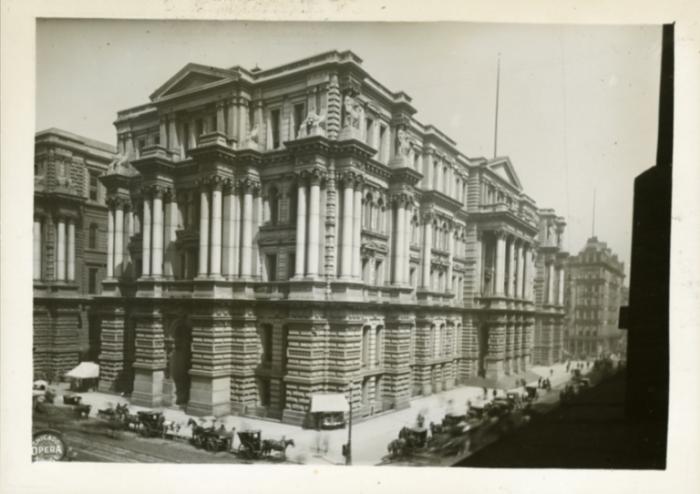 Photo: Chicago Public Library, Special Collections and Preservation Division, CPL Archives, Central Library "Out of  the Ashes" – Queen Victoria donated a book to help found the Chicago Public Library as part of a British book donation after the Great Chicago Fire. The Library occupied five separate locations, including an old water tank, before finding a long-lived home at what is now the Chicago Cultural Center.

"The Return of the Queens" – Victoria is just one of a slate of recent cultural depictions of powerful historical women that includes The Crown and Jackie. Is it a coincidence that these appeared around the same time that the United States nearly elected its first female president?

"Victoria Actors and Their Real-Life Counterparts" – Do the actors on Victoria look like historical figures they portray? Learn a bit about the quirky real-life people who are recreated on the series.

"Victorian Cooking with Francatelli" – Francatelli was a real chef who wrote cookbooks and changed the way middle-class people eat. Discover some of his recipes here. Let's just say they tastes were very different then.

"TV Royalty" – Between King Charles III, Victoria, and The Crown, there are a lot of British monarchs on TV right now. What's our obsession with kings and queens with nice accents?

"The True History of Victoria" – While some parts of Victoria are speculation or based on rumors, there are many genuine historical lessons. Learn about some of the fascinating figures – the first computer programmer, a black Shakespearean – customs, and events drawn straight from real life.

"Did That Really Happen? Victoria Edition" – How many times did people try to assassinate Queen Victoria? Did she actually travel to Scotland? What caused the Great Famine in Ireland? Did Robert Peel's secretary save him from a murderer? And more questions from Victoria.

"From Sheep's Head to Pheasant: Food in Victorian England" – While wealthy Victorians hosted elaborate, multi-course meals with expensive ingredients, the working class stretched the rare piece of meat as far as they could. Watch the owners of Pleasant House Pub prepare wealthy and working class Victorian meals – and yes, there is a sheep's head.

"The History Behind Season 3 of Victoria" – How accurate are the historical events depicted in Victoria? Learn about the real people who appear in season 3, from Lord Palmerston to the father of contemporary epidemiology to the "Swedish Nightingale," and discover what the revolutions in the show were about.

"More Victoria History, Season 3 Edition" – Season three of Victoria is over, but there's still a lot more history to explore. Learn about some of the people, events and medical trends of the day, from Emily Palmerston to the Great Exhibition to cruel pseudosciences.

"It's Good to Be Queen" – No one believes the 18-year-old Victoria can be queen without help: not the bewhiskered statesmen of Parliament nor her mother and her friends. Only Lord Melbourne supports Victoria's independence. And she's going to fight for it.

"The Marriage Plot" – Numerous suitors are competing for Victoria's attention, while various people at court-her uncles, Sir John, her mother-try to influence her towards one or another in order to gain more power. Victoria's relationship with Melbourne deepens and becomes more complex. 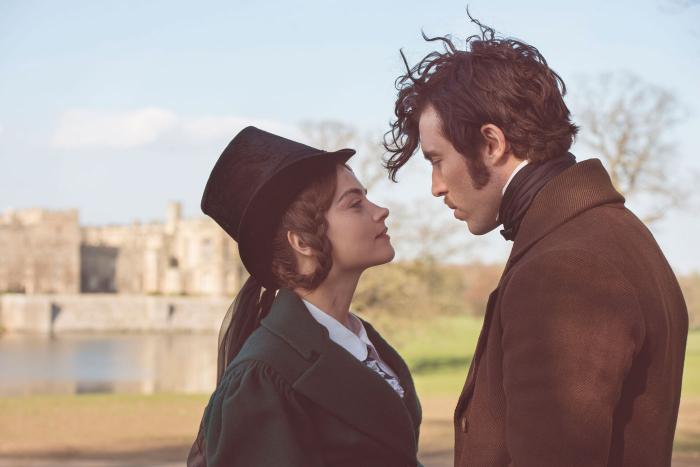 Photo: ITV Plc "The Romantic Age" – Victoria and Albert are slowly overcoming their dislike of each other and growing closer. This episode is a literal bodice-ripper, a classic opposites-attract story. Too bad Albert is a bit of a prig-Victoria's word, not mine.

"Of Mistresses and Money" – Victoria and Albert's relationship hits some bumps. Mainly because Albert doesn't want to be dependent on Victoria, and so demands a large allowance. It also doesn't help that Victoria is learning how many extramarital affairs occur at court.

"The Dinner Party" – Folk contraceptive methods, forbidden romances, an outbreak of plague, squabbles over court hierarchy, noble oration: this episode's got it all.

"Full Speed Ahead" – The palace is embracing change, as Victoria copes with a pregnancy, Albert and Sir Peel tout locomotives, and Francatelli and Skerrett innovate in the kitchen.

"Keep on Riding" – As Victoria enters the final weeks of her pregnancy and Victoria the final episode of its first season, the Queen feels cooped up and stifled. She insists on taking carriage rides through London, despite warnings against it. What dangers lurk on the streets of London – or worse, amongst Victoria's own family?

Episode 1 – Queen Victoria is back, and she's ready to rule again even though everyone around her – especially the men – want her to stay with her newborn child. Prince Albert is unwilling to cede control and is also enticed by the dashing mathematician behind the predecessor to the computer.

Episode 2 – Victoria attempts to help the lower classes in a tone-deaf way and also loses two of her closest friends; that grief is compounded by a difficult birth. Albert suffers his own sorrow and must travel to Coburg, where he hears a distressing rumor. 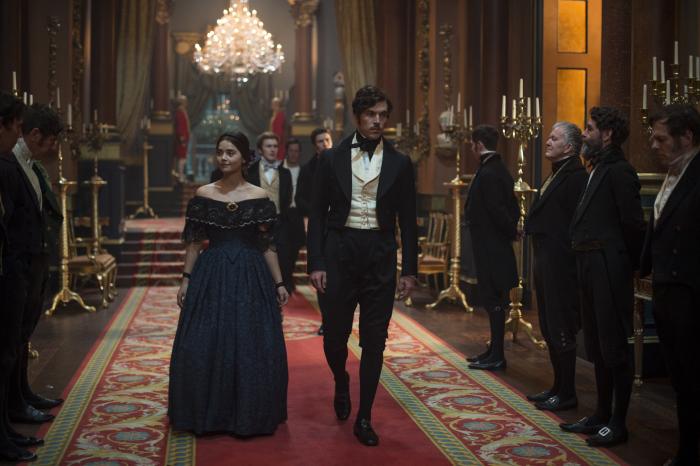 Photo: ITV Studios Episode 3 – Eager to preserve the uneasy truce between Britain and France, Victoria sets off to visit the French king Louis Philippe and enjoy the sensuous glories of the French court. Albert is having an identity crisis and is a fun-spoiling grouch as usual.

Episode 4 – The Irish Potato Famine is at its peak, but, because it mostly affects Catholics, both Victoria's government and the Irish Protestants are dismissive and blame the Catholics for their own problems. Cleary and an Irish clergyman help push Victoria towards contributing aid.

Episode 5 – When an assassination attempt leads to constant military protection, Victoria decides to escape the stifling confines of Buckingham for the Scottish Highlands. She and Albert search for freedom from royal obligations and get lost in the process.

Episode 6 – Victoria is forced to choose between two loved ones who begin to quarrel while Peel engages in the political fight of his life, one he fears will end his career. Drummond and Alfred wrestle with their future, but a dramatic event everything.

Episode 7 – It's the season finale of Victoria, and Christmas is coming! Albert, of all people, is obsessed with making the holiday magical, but family drama makes it difficult. Victoria sympathizes with a young visitor to the palace, and various romances reach their peak.

Episode 1 – Victoria is back, but the queen's reign may be in danger. It's 1848, and liberal revolutions are sweeping away despots and the old order across Europe, starting with Victoria's sometime ally Louis Philippe of France. As Victoria faces popular unrest, a new political rival emerges.

Episode 2 – As the Chartists prepare a mass demonstration on behalf of the working class, Victoria is forced to decide whether to trust her faith in the people or the concern of her advisors. Will Britain erupt in popular revolt like the other countries of Europe?

Episode 3 – The confines of a small island cause tensions to flare between Victoria and Albert and provide the perfect context for other noble intrigue, while Palmerston's enthusiastic welcoming of a democratic agitator to London in the queen's absence worries her.

Episode 4 – A cholera outbreak strikes a neighborhood of London, and Victoria and Albert champion new scientific research to discover how the disease is spread. They do so separately, however, since they are not even on speaking terms as they continue to feud.

Episode 5 – Victoria decides to visit Ireland, becoming the first English monarch to do so in centuries. Albert, of course, doubts that the trip will be effective, given that calls for Irish independence are increasing – and the disagreement affects their marriage.

Episode 7 – An incident in Athens leads to an international crisis that threatens to end Palmerston's political career, while Albert undertakes an ambitious project to host a grand exhibition in London, despite public disapproval and the possibility of failure.

Episode 8 – With the opening of the Great Exhibition approaching, Albert is working himself to death to insure its success. Palmerston once again makes an unpopular decision, Feo miscalculates in her schemes, and Sophie has an enormous decision to make. 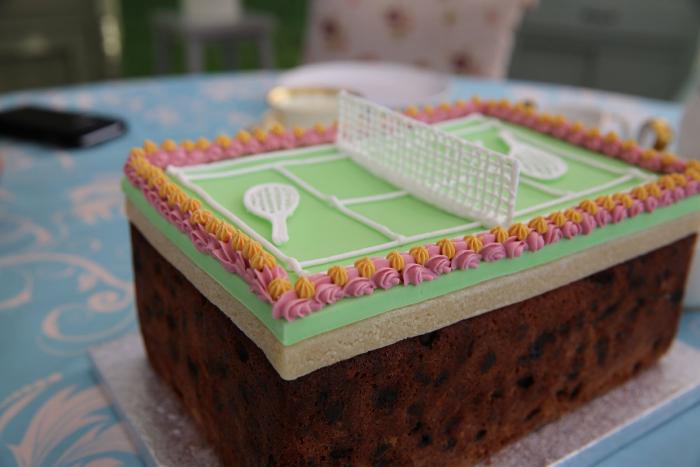 Tennis Fruit Cake – Learn to bake a Victorian era classic dessert with a recipe from The Great British Baking Show.

Raised Game Pie – Try a big wadge of this hearty meat pie in a recipe from Paul Hollywood. Queen Victoria would approve.

Passion Fruit and Lime Charlotte Russe – Paul called this custard dessert "one of the tastiest things we've ever chosen" for The Great British Baking Show, so it's worth trying this Victorian dessert yourself.

Which Victoria Character Are You? – Upstairs or downstairs, loyal husband or charming playboy, no-nonsense house manager or complicated mother?