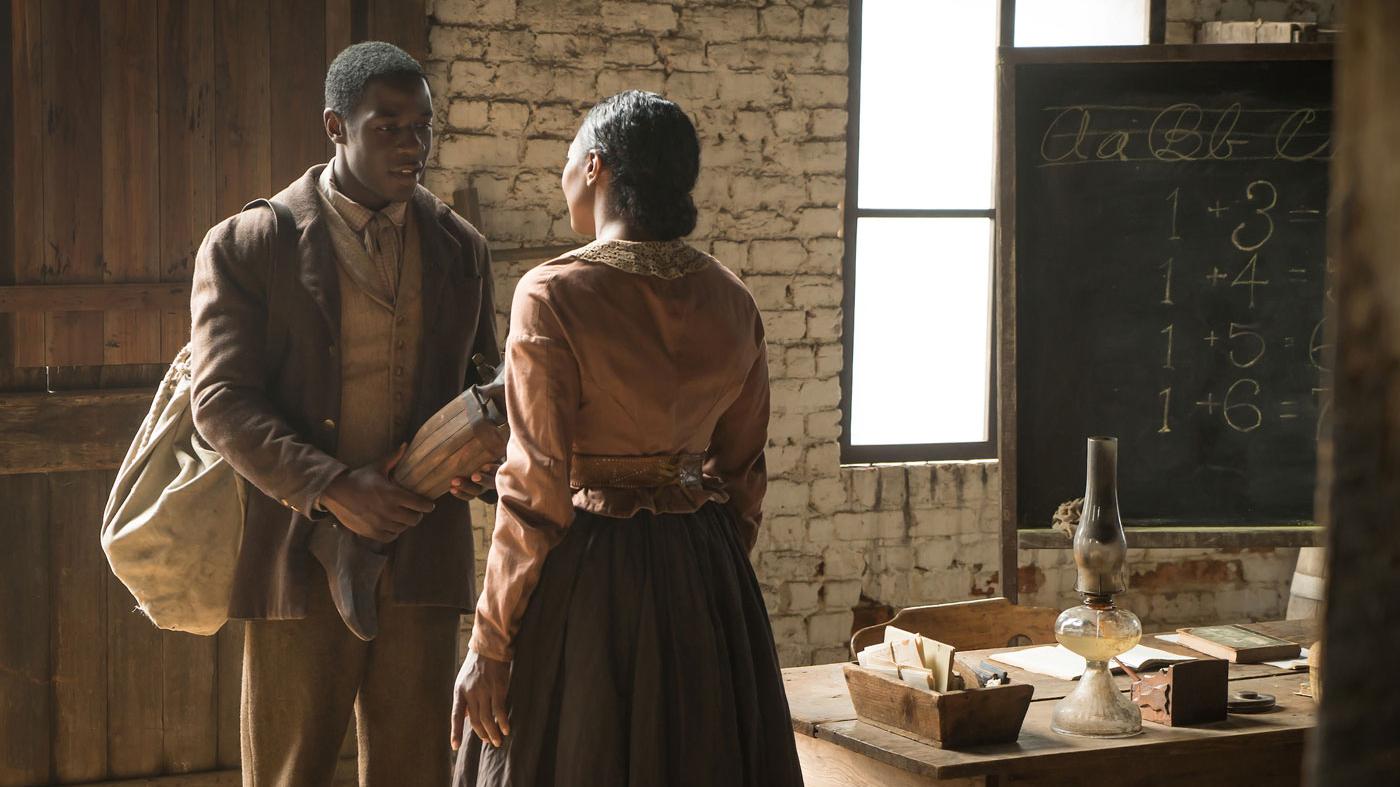 Samuel is off to medical school, but Charlotte thinks he should stay in Alexandria. Photo: PBS/Erik Heinila

Mercy Street is available to stream by Passport members. Recap the previous episode and whole season.

The bloodiest day in American history marked a major turning point in the Civil War. Though the Battle of Antietam was inconclusive, the Confederates were the first to retreat from the awful carnage, allowing the Union to claim a victory in a war that the South had previously seemed to be winning. Five days later, President Lincoln announced the Emancipation Proclamation, which explicitly cast the war as a moral conflict over the abolishment of slavery.

The season two finale of Mercy Street picks up four days after Antietam. Just as the battle proved decisive in the history of America, so the days in its aftermath are life-changing for the characters of Mercy Street. One of the effects of the Emancipation Proclamation was to dissuade the anti-slavery British and French from supporting the Confederacy, and so James Green’s attempts at diplomacy with the British government are stymied.

That is only the beginning of his and his family’s troubles. Jane has learned of Alice’s flirtations with Van der Berg, the Union soldier whom James and Jimmy killed after he assaulted Alice. Even more enraged once she discovers that Alice has been undertaking covert operations to undermine the Union, Jane confronts Alice’s Confederate handler. But as she scolds this old friend, the woman interrupts to warn Jane that Pinkerton has applied for a warrant to search the Green warehouse – where Van der Berg’s corpse was hidden and where Jimmy is illegally stockpiling gatling guns, though the rest of his family don’t know that. 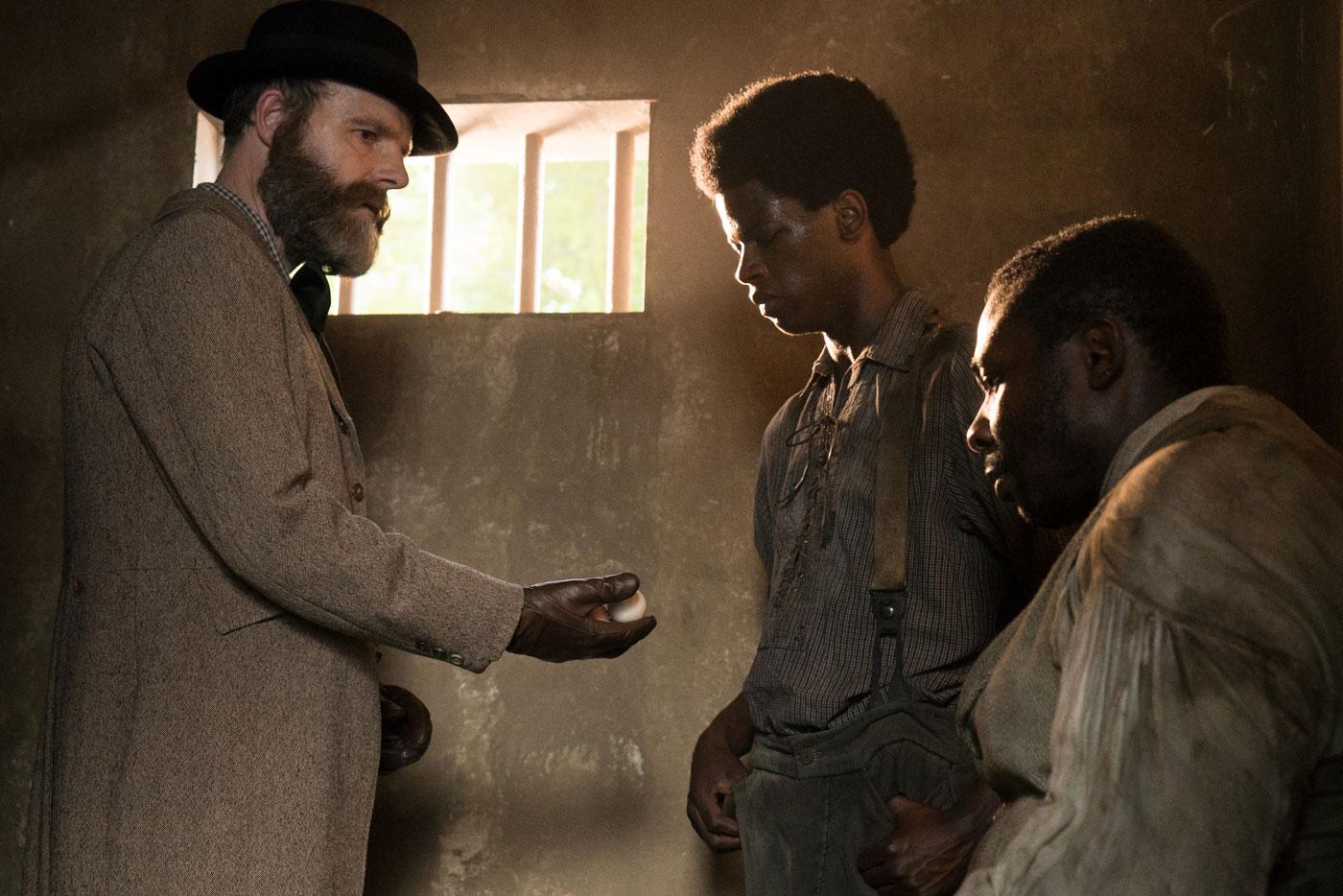 Pinkerton finds the Green family laborers who saw Jimmy's stockpile of weapons. (Courtesy of PBS/Erik Heinila) What grounds does Pinkerton have for the warrant? He has found the two former Green laborers who accidentally saw the gatlings and whom Jimmy let escape, and one of them talked. Before the detective can search for the weapons, however, James, warned by Jane and equally oblivious of the gatlings, sets fire to the warehouse.

While most of the Green family watch their lives go down in flames, two members of the Green household see change for the better. Emma chances upon Belinda tenderly conversing with a man, and learns that the two have been in love for years but were refused the right to marry by the man’s master. Emma decides to rectify that. She courageously repairs her relationship with Hopkins and asks him to marry Belinda and her lover. Though he initially refuses, Emma is persuasive, and he soon presides over a ceremony in which several freed slave couples are officially declared man and wife.

This is partly thanks to Charlotte, who had promised to find a preacher to legally bind the Contraband couples. Her own budding romance with Samuel has hit a snag, since he is about to leave with Jed to go to medical school. Charlotte is against this plan, for she believes Samuel should use his skills to help the Contrabands rather than remove himself from the front lines of the war and rely on the generosity of white people. 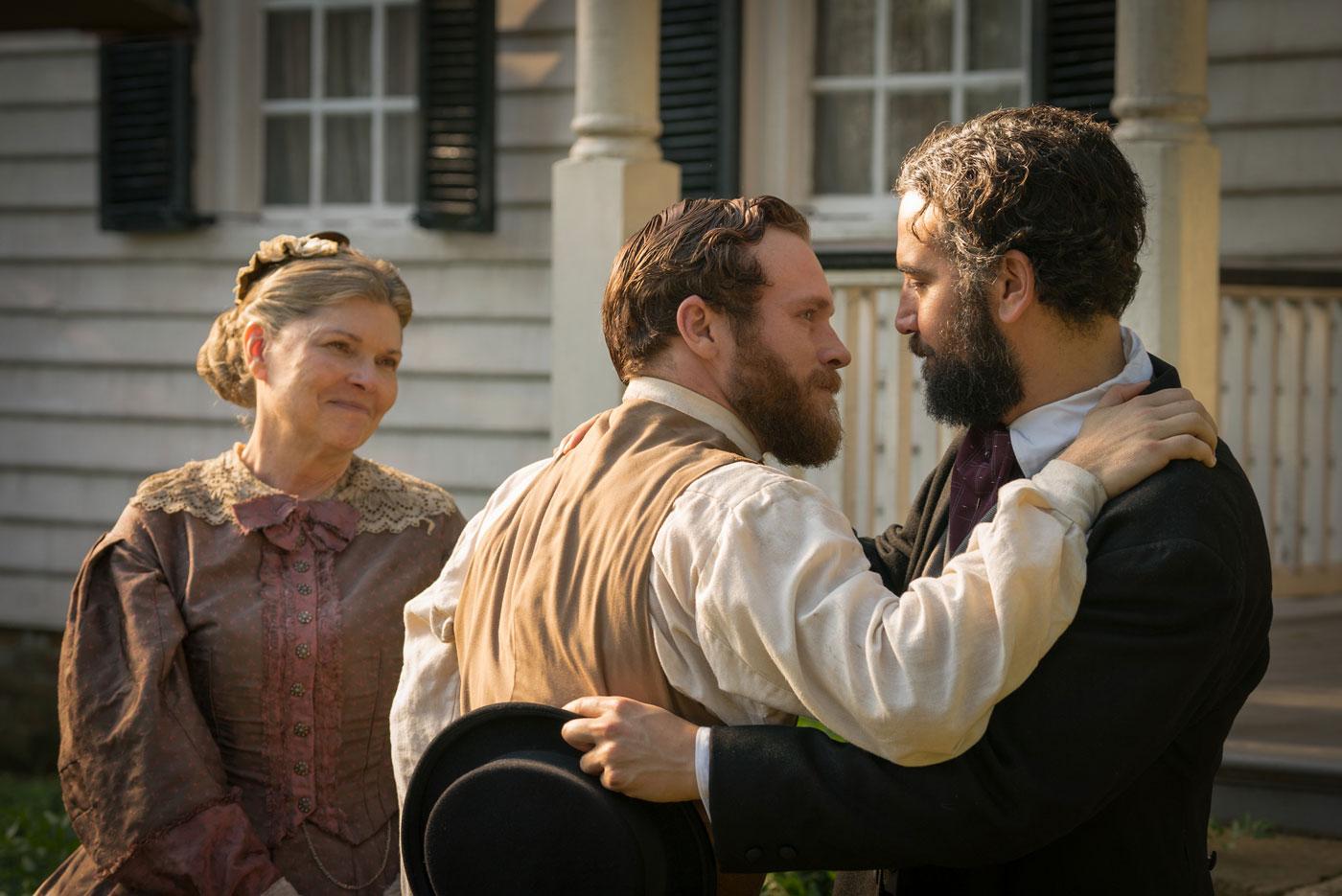 Jed returns to his family's plantation but is soon disgusted by his mother's and brother's support of slavery. (Courtesy of PBS/Erik Heinila) But first Samuel and Jed must stop at Jed’s family’s plantation, to deliver the prosthetic leg crafted by Samuel to Jed’s amputee brother. Jed’s mother and brother treat Samuel as a lesser servant, and indeed, they still have slaves working on their plantation. One of those workers urgently implores Samuel to examine a pregnant slave who seems to be ill. She soon goes into labor, and Samuel and Jed combine their talents to safely deliver the baby.

Jed’s mother is infuriated that one of her slaves should get pregnant, and determines to sell the mother away from her infant. Jed, who has spent his time at the family plantation defending the Emancipation Proclamation, desperately 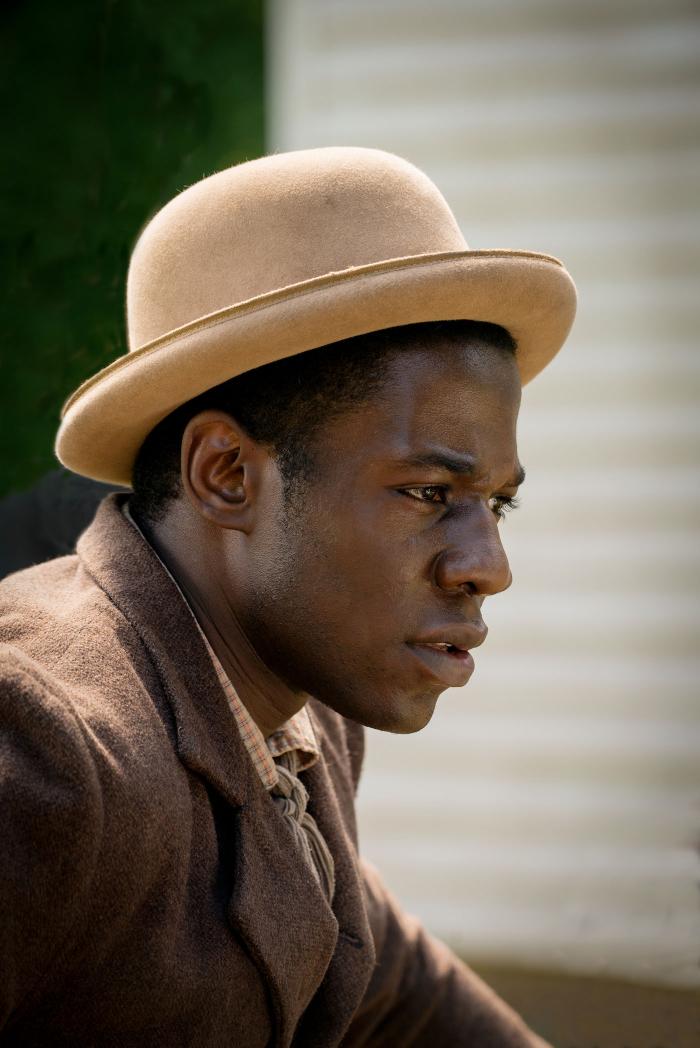 Samuel encounters the evil of slavery firsthand at Jed's family's plantation, and is galvanized. (Courtesy of PBS/Erik Heinila) offers to buy the woman and her baby in order to prevent their separation. Samuel pitches in his own money, and it’s revealed that the father is Jed’s brother. Disgusted, Samuel and Jed leave with the newly freed woman and child.

Both men are galvanized by their encounter with the evil of slavery. Jed sets off north to see Mary, who is struggling in her fight against illness. He immediately institutes changes in her care and promises not to leave until she has recovered. Samuel follows Charlotte’s advice, and returns to Alexandria to aid the Contrabands instead of enrolling in medical school.

Hale is also working to stay in Alexandria against McBurney’s orders that he be sent to California. With the help of Hastings and Matron Brannan, he schemes to convince the tyrannical Major that he is suffering from a psychosomatic disorder. War may be awful, but neither Hale, Samuel, nor even the Greens will flee from it. We’ll have to wait for another season to see where their steadfastness takes them.