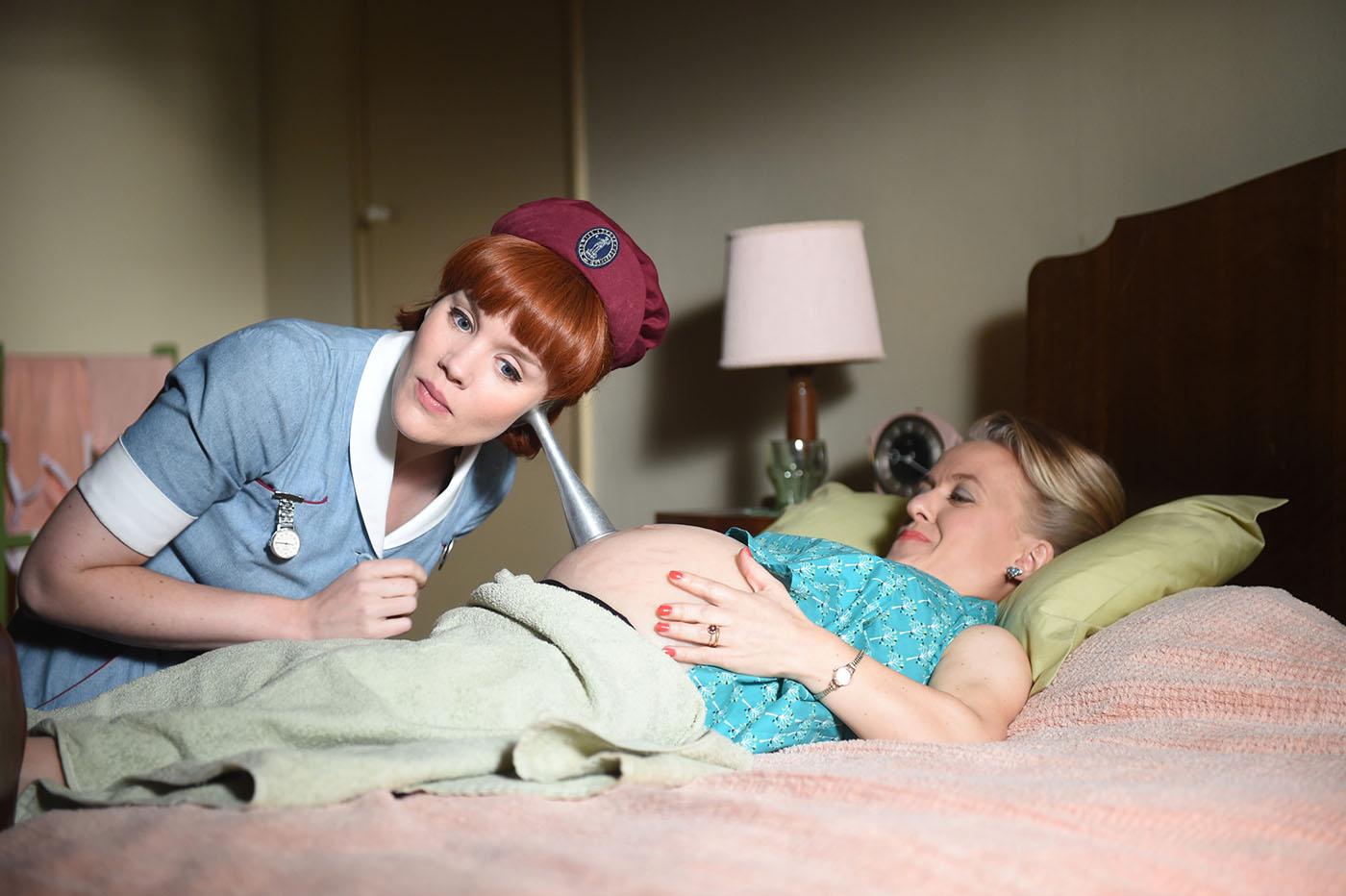 Two expectant mothers, several rebellious sisters, and fathers angry and fearful: not some odd nursery tale, but the characters of this episode. First, the mothers. Penny Reed and her husband Derek are overjoyed by her pregnancy, but she has achondroplasia and Derek is a dwarf, too. This presents difficulties, as Penny will have to undergo a caesarean section and there’s a chance that the baby will be stillborn. On the other hand, the child could also be born without achondroplasia.

The Reeds have already been advised by a previous doctor to terminate the pregnancy, but Penny is determined to see it through. Patsy (and Derek) are unsettled by the danger of the pregnancy, but she admires Penny’s resolve and offers her full support.

Jessie and George Marsh have nothing to fear in Jessie’s pregnancy. Sister Winifred delivers a healthy baby boy while George is working at the docks, and Jessie names him Bobby. But while Jessie’s labor presented no complications, George’s labor at the docks does. An explosion caused by faulty wiring severely burns him and leaves him stranded in the warehouse with another stevedore. 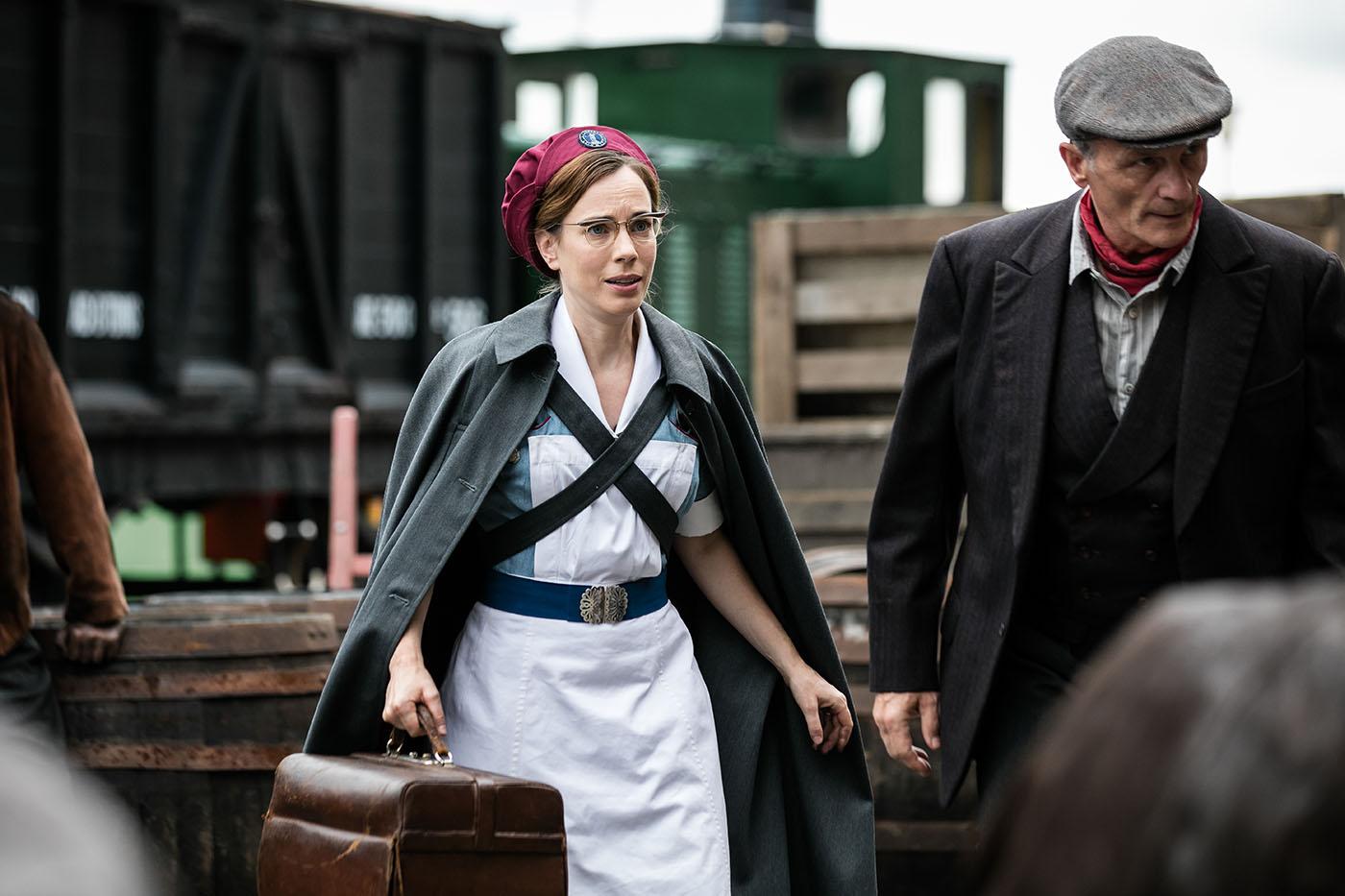 Shelagh is the first to arrive with medical help after a tragedy at the docks. Photo: Neal Street Productions 2016 Fortunately, Shelagh is quick to arrive and provide medical help. She was at the docks inoculating against smallpox, and rushes into the warehouse to find George once the fire is extinguished. Even with the help of Valerie Dyer, the tender of a nearby bar who served as a nurse in the war, Shelagh is unable to save the other laborer. There is little the nurses can do for George’s scalded eyes, since the warehouse lacks clean water or a first aid kit.

As the Nonnatans do, Patsy, Sister Winifred, and Shelagh all wish to go above and beyond and providing aid to their charges. But Sister Ursula forbids the provision of extra care: the Nonnatans should only attend to medical duties, for they cannot encourage an “expectation of personal support.”

Unsurprisingly, the nurses and sisters subvert this order despite Ursula’s threat of “professional consequences,” with Sister Julienne leading the way. Winifred brings Jessie to see George in the hospital, where he lashes out in anger over his blindness. Not only must Jessie deal with a frightened and frustrated husband, she must also scrimp and save without George’s wages to support her family. Winifred and Julienne gather food to donate to the Marshes – behind Sister Ursula’s back. 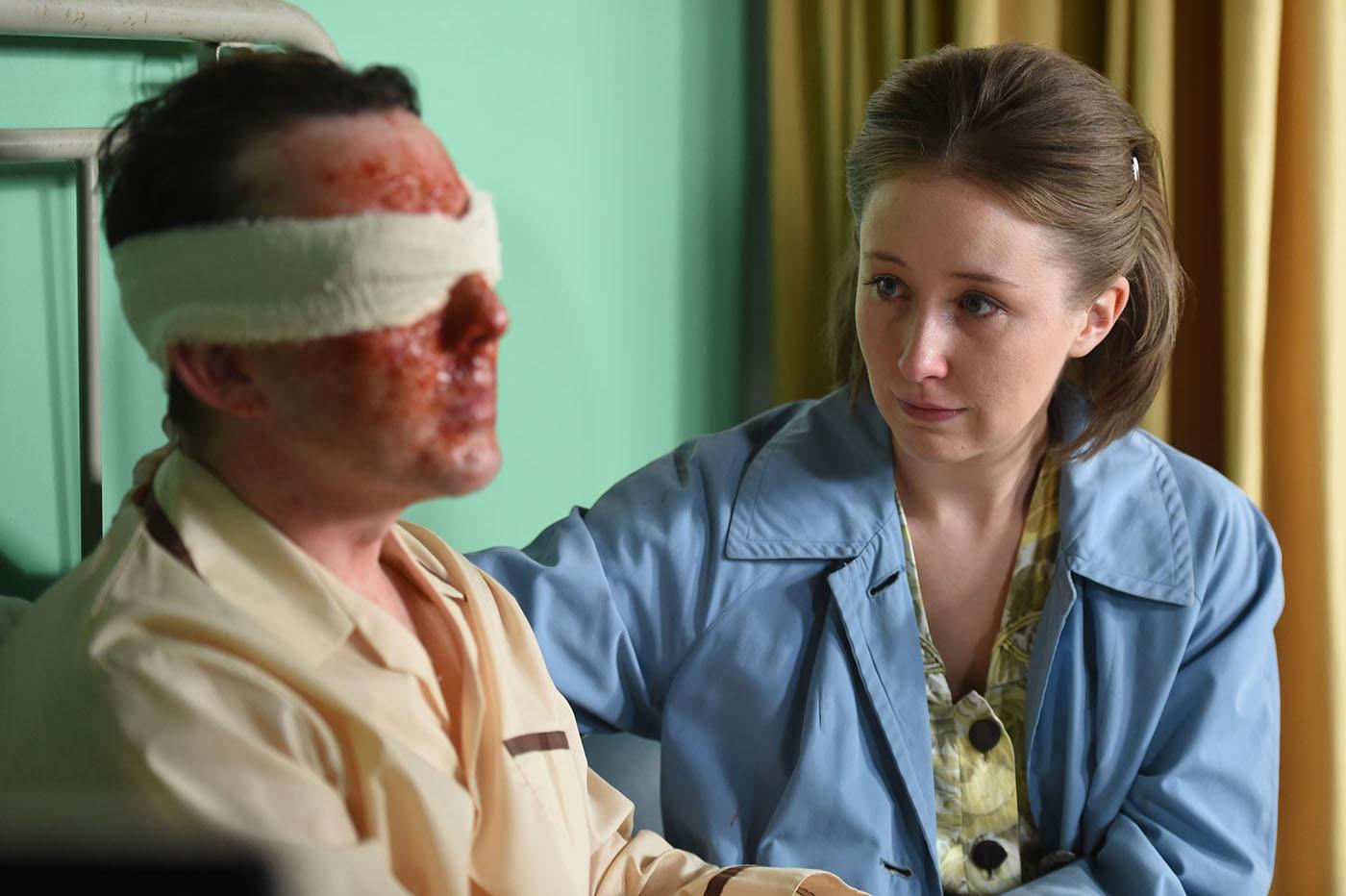 George Marsh becomes angry and withdrawn after being injured in an accident. Photo: Neal Street Productions 2016 Shelagh tries to help George and his fellow workers in a different way. She has been called to testify in court about the warehouse explosion and death, and is determined to address the unsafe conditions and lack of precautionary measures on the docks. Although Valerie Dyer also attests to the dangers, the court dismisses them. Shelagh turns to George and encourages him to testify. His courageous appearance, hobbling blind and burned into the court, leads the officials to request safety changes from the Port Authority. Despite learning afterwards that he is permanently blind, George reconciles with Jessie and holds his newborn boy for the first time.

While Sister Winifred and Shelagh escape Sister Ursula’s punishment by avoiding her detection, Patsy is not so lucky. When Penny Reed goes into labor, Patsy abandons her assigned duty to attend the birth and provide the comfort of a familiar face in case the worst happens. Instead of solace, however, Patsy has the joy of offering congratulations: the Reed daughter is born without complications or achondroplasia. 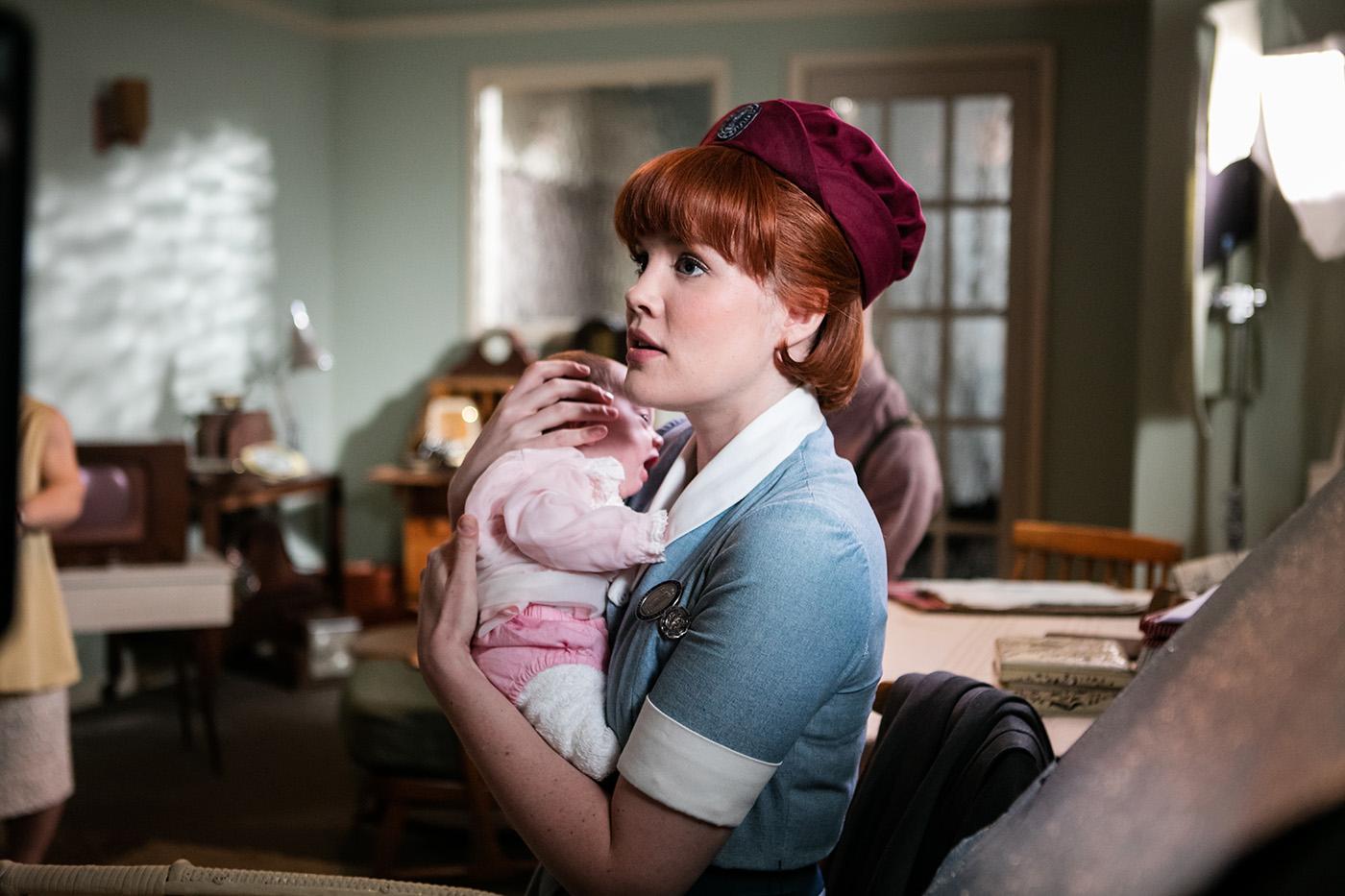 A conversation with Penny Reed after the birth of a healthy daughter leads Patsy to go home to her dying father. Photo: Neal Street Productions 2016 Patsy’s presence does help when Penny voices fears that her daughter will reject Derek and herself for being dwarfs. As Patsy reassures Penny, she realizes the importance of parental love and decides to return to her dying father in Hong Kong, whose letters she has been ignoring, even though it means leaving her beloved Delia behind. (Sister Monica Joan earlier offered sage advice to Patsy, and this also helps her make up her mind.)

Upon her return to Nonnatus House, Patsy is accosted by Sister Ursula for disobeying her orders. Instead of acquiescing to Ursula’s penalty of docked pay, Patsy righteously returns her previous wage and tenders her resignation so that she can go back to her father. Nonnatus is bleeding nurses and sisters, partly thanks to Sister Ursula. Let’s hope she is overthrown soon.