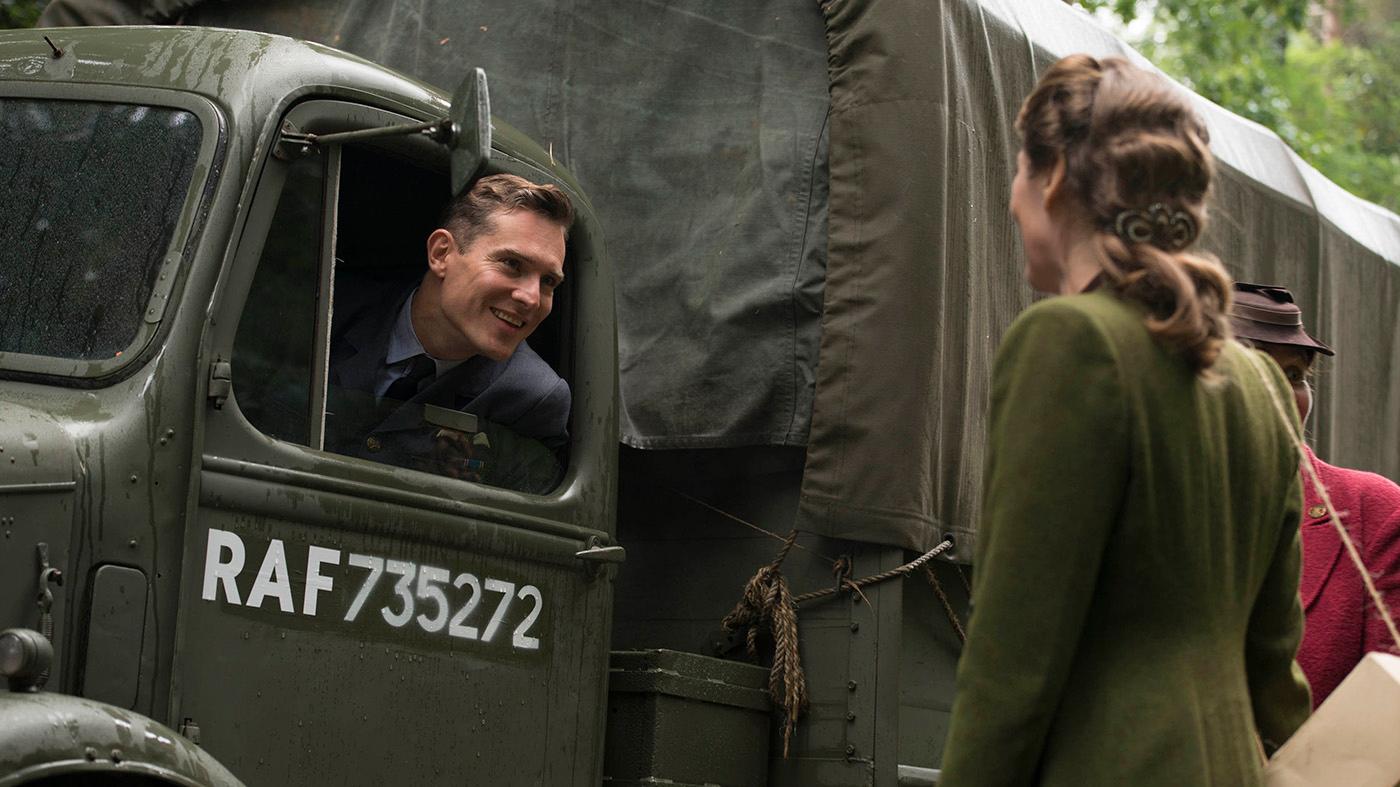 The war keeps getting closer. The Battle of Britain has begun in earnest, and increasingly frequent air raids engender even more fear. It’s a powerful – and dangerous – motivator. Stan is training his son in fighting and has enlisted him to install barbed wire around the farm. Thrust into a fatalistic mindset, Stan, Jr. is selling butter from the farm on the black market in an attempt to help the family with extra cash. When Steph discovers his secretive dealing, she righteously upbraids him and is made even more furious when Stan, Sr. agrees with the boy’s general initiative.

Another husband in Great Paxford manages to invoke his wife’s indignant anger. Bob Simms has moved back home and is already reasserting his dominance over Pat: she shouldn’t buy new dresses, and she can’t work her shift at the phone exchange. But Bob is injured and Pat has caught a glimpse of real love, with Marek, so she defies him and leaves the house to work her shift anyway. Erica offers to watch over Bob while Pat is away. But when she goes looking for typewriter ribbon in the Simms household and phones Pat to ask where it is, she discovers that Pat has lied and is not at the exchange.

This, compounded by the fact that Erica earlier saw Pat in an intimate conversation with Marek at the Czech camp, leads Erica to discern the truth. When Pat returns, Erica warns her of the dangers of continuing the affair.

Pat had a legitimate excuse to be at the Czech camp, and it was not to meet with Marek. She was informing the foreign soldiers that the Women’s Institute would be happy to attend a gathering hosted by the Czechs to foster goodwill between them and the town. But what was Erica doing at the camp? 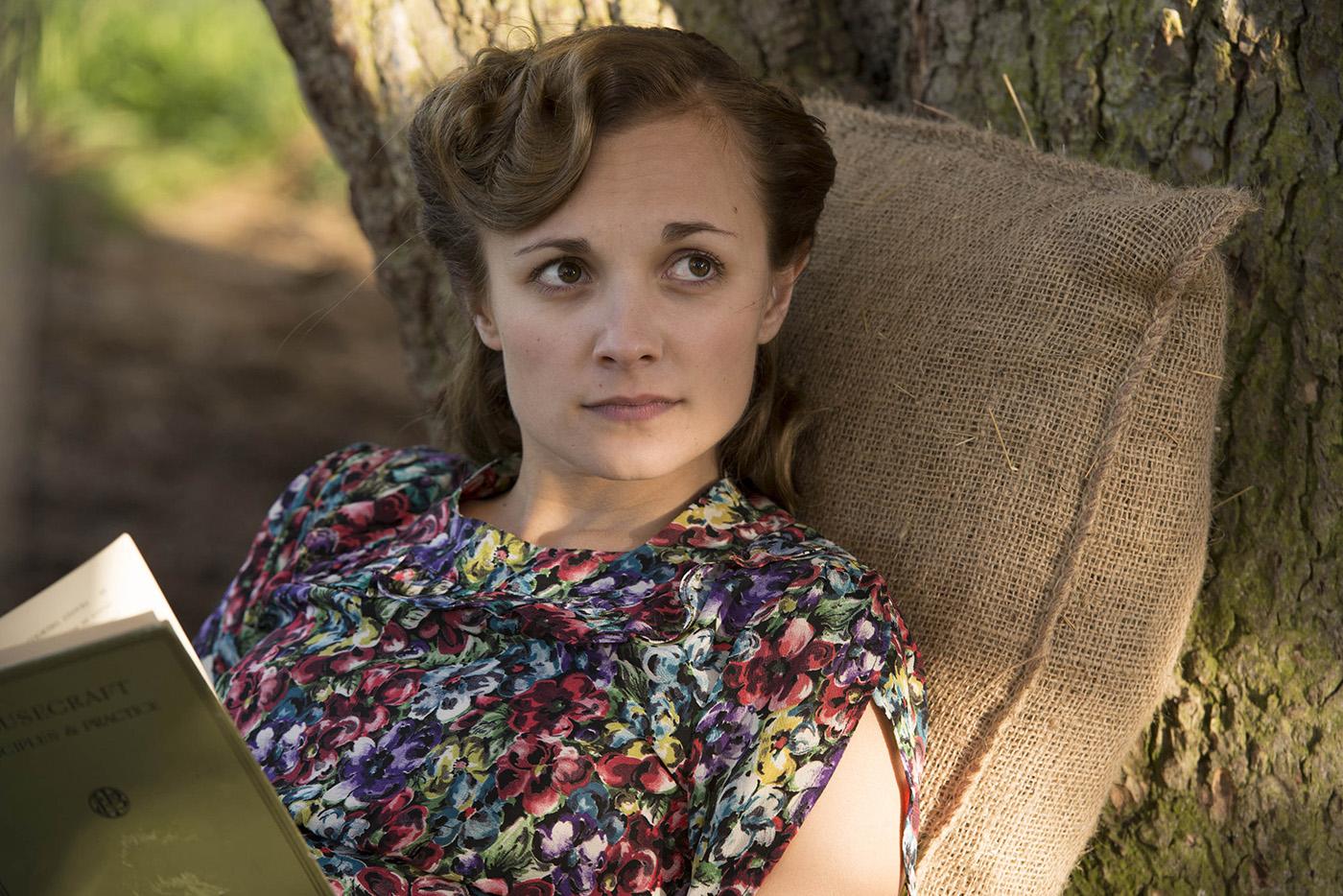 Photo: iTV Studios and MASTERPIECE With Laura’s affair made public, Dr. Campbell has been hemorrhaging patients. His chemotherapy is expensive, so Erica offered his services to the Czechs in order to make some extra money. While they don’t need a doctor, they do require a pharmacist, so Erica has gained some clients.

Although Sarah is not as far along in an affair as Pat, it is clear she has taken a liking to the wing commander. In this case, Joyce sounds the warning note, leading Sarah to adopt a chillier attitude towards the military man.

Joyce would know how invidious gossip can be. Her own marriage has run into difficulties on account of some hitherto unexplained decision of Douglas to go into politics. While the couple argues over the phone, Jenny listens in from the phone exchange and misinterprets a stray remark to mean that Joyce is a Nazi sympathizer. Next thing you know, a swastika has stained Joyce’s house and a brick shattered a window. She figures out what happened, with Spencer’s help, and confronts Jenny at the exchange, confiscating the notebook in which Jenny kept tabs on people.

There is one affair in Great Paxford that has, until now, been successfully concealed. Frances continues to dig into the relationship between her husband and his accountant, interrogating first Peter’s lawyer and then the accountant’s father in order to confirm the identity of the mysterious beneficiary of the will. The father reveals the distressing news that the affair produced a son, who will now benefit from the will, at eleven years old.

To ensure that the Barden business has not covered up any more duplicity, Frances hires Alison to oversee her books. When Alison senses something fishy about the impossibly low prices of a proposed deal, she reports it to her new government handler, whom she has been helping search for black marketers. The handler confirms that the company on the other side of the deal is under surveillance, and tells Alison to accept the contract so that they can have an informant on the inside, despite her aversion to embroiling Frances in trouble. 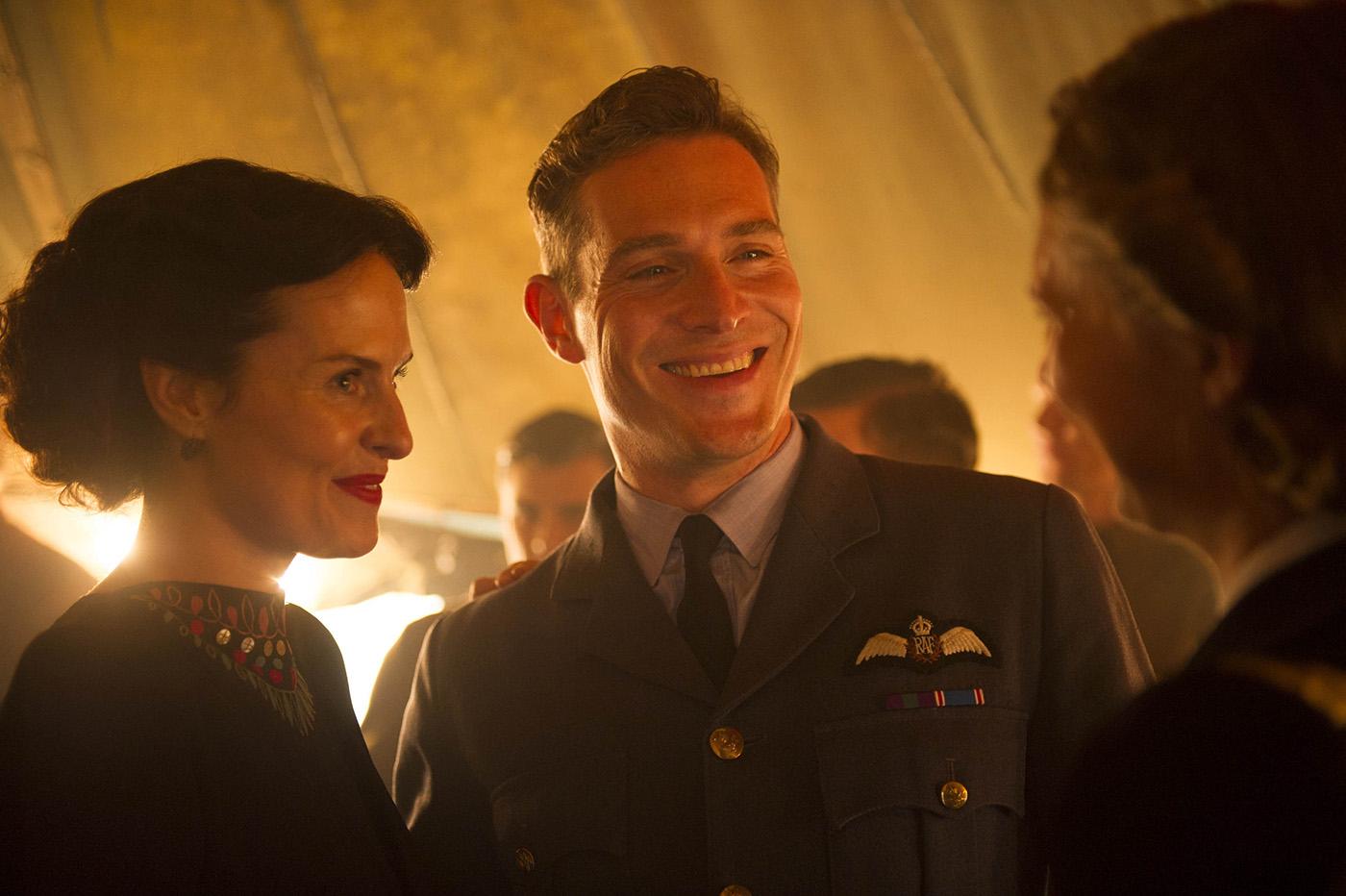 Photo: iTV Studios and MASTERPIECE More immediate danger soon threatens the town, when a German bombing raid interrupts the Czech soldiers’ party. While everyone manages to reach safety in the bomb shelter, they can feel explosions directly above them. Just as everyone is preparing to come back aboveground after the raid, Spencer rushes in to warn that an unexploded ordinance has landed directly outside the shelter. Marek, who escorted the citizens to the shelter from the party at the Czech camp, goes to defuse it. Pat struggles to hide her acute fear for her lover from her husband while everyone waits in terror, until the bomb is safely disarmed.

As the townspeople wander back through a slightly damaged Great Paxford, Bryn and Miriam are treated to a wonderful sight. Their son David has returned. But, like Stan, he’s not unchanged by the war. Gruesome scars now mar his back. 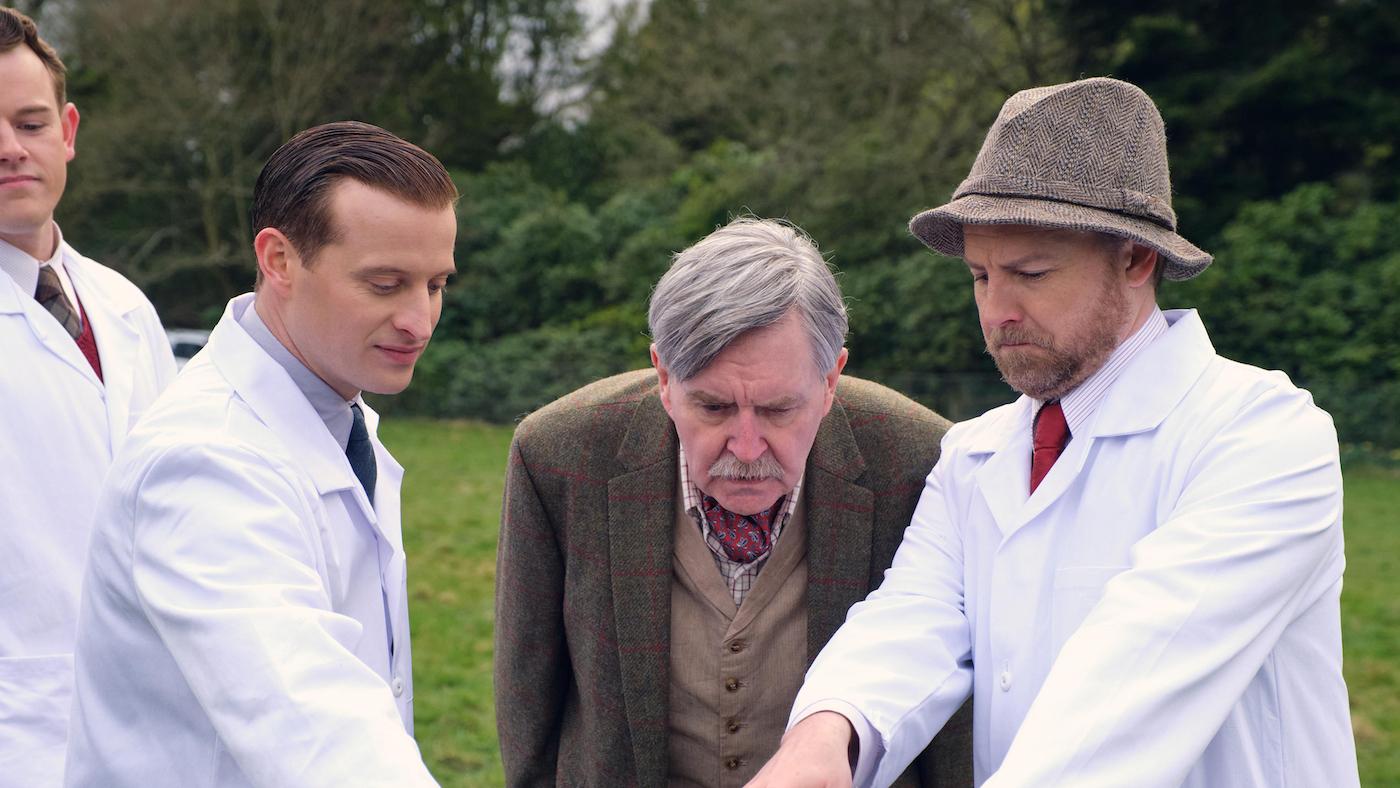 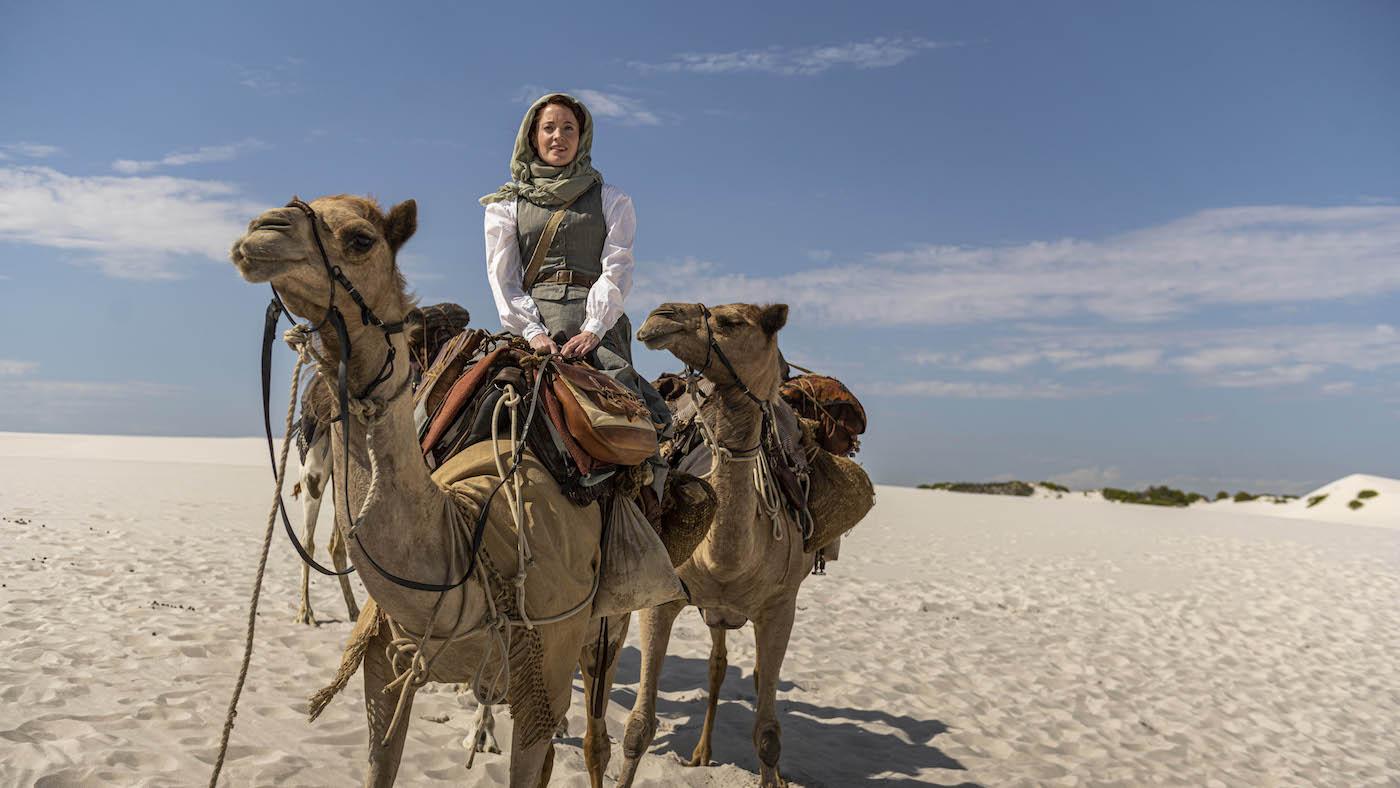 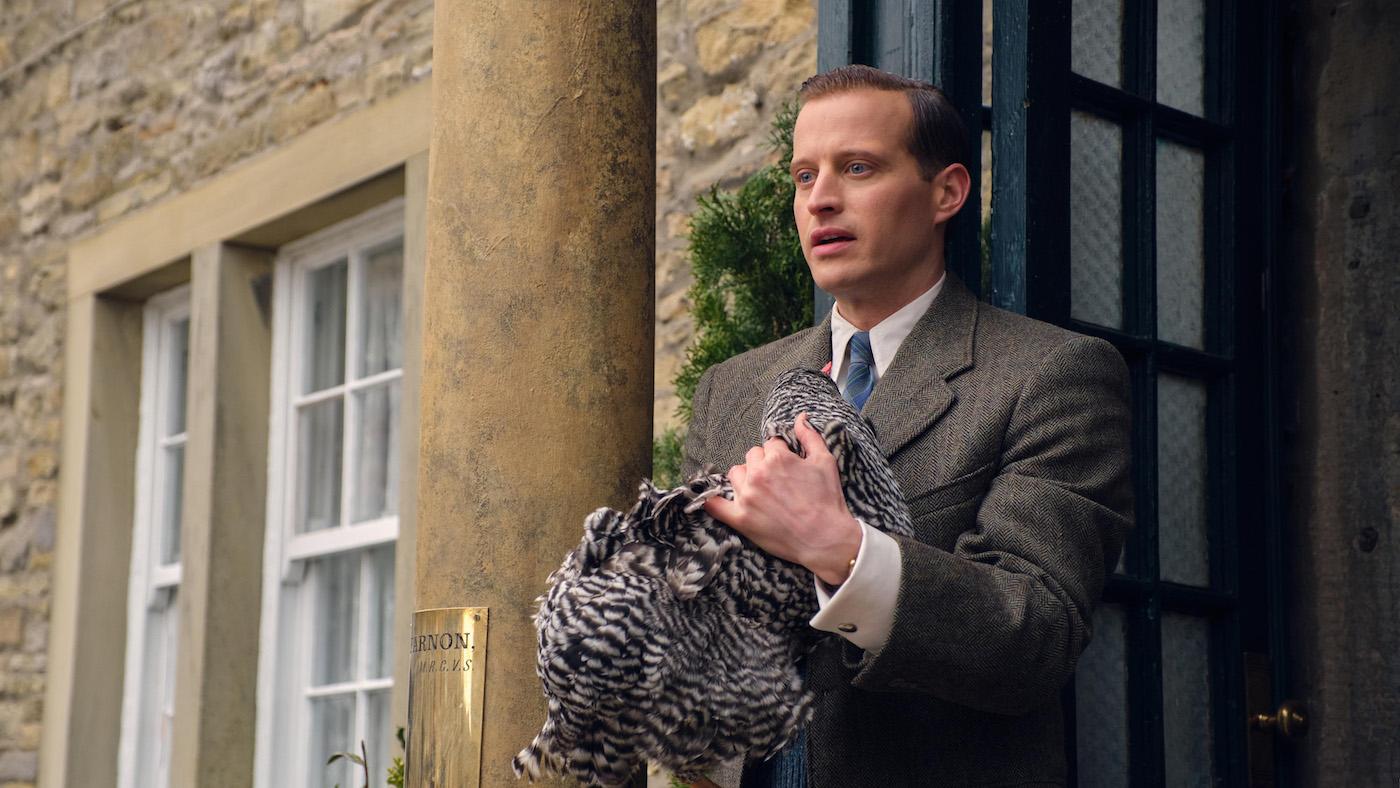 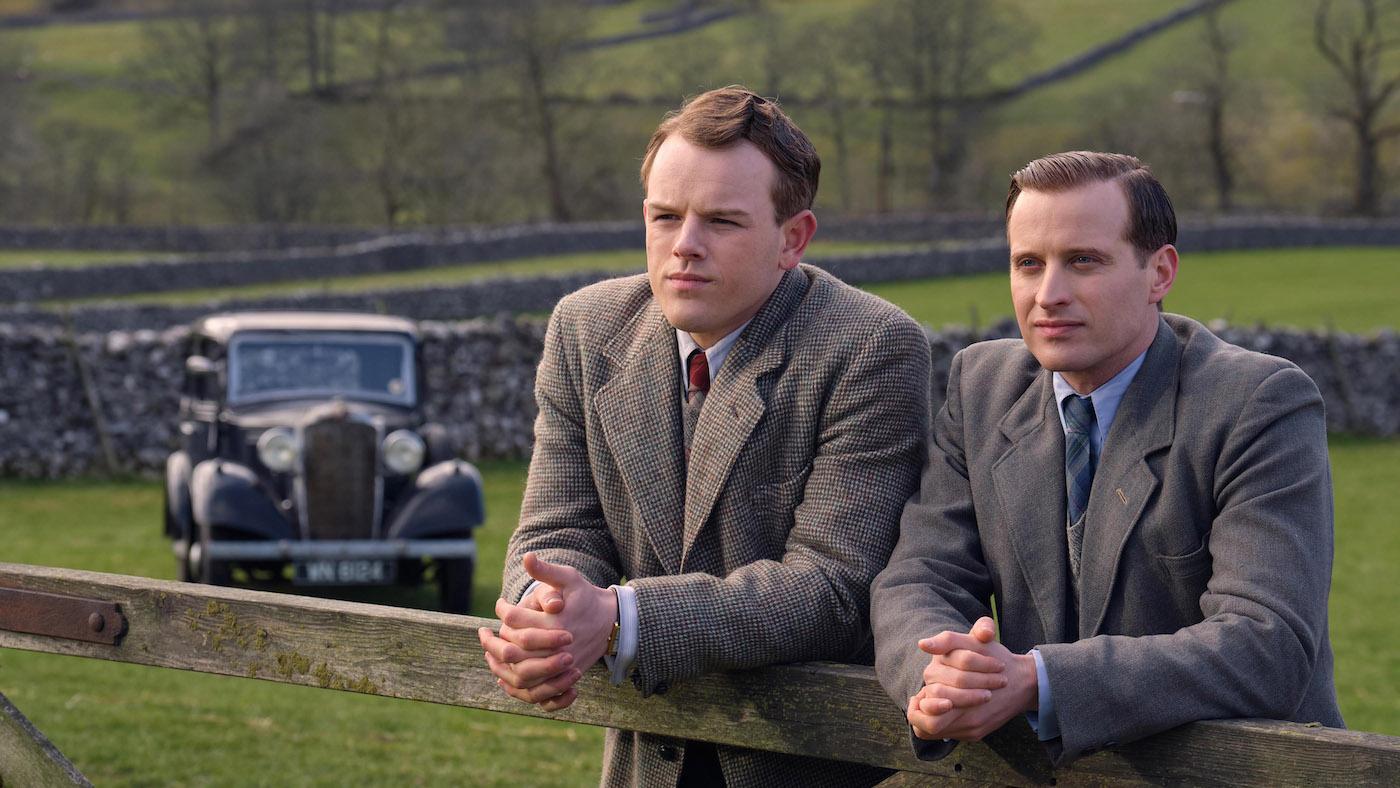 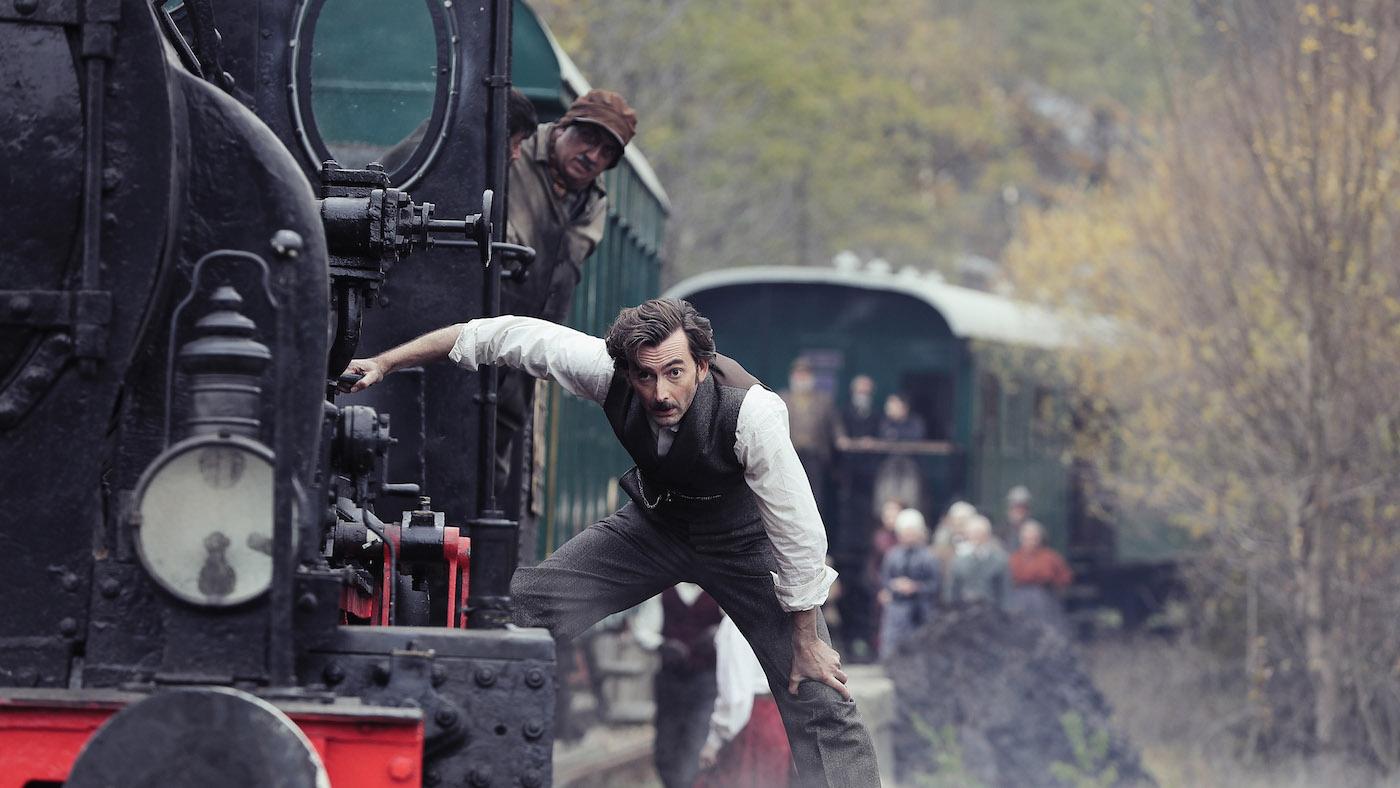