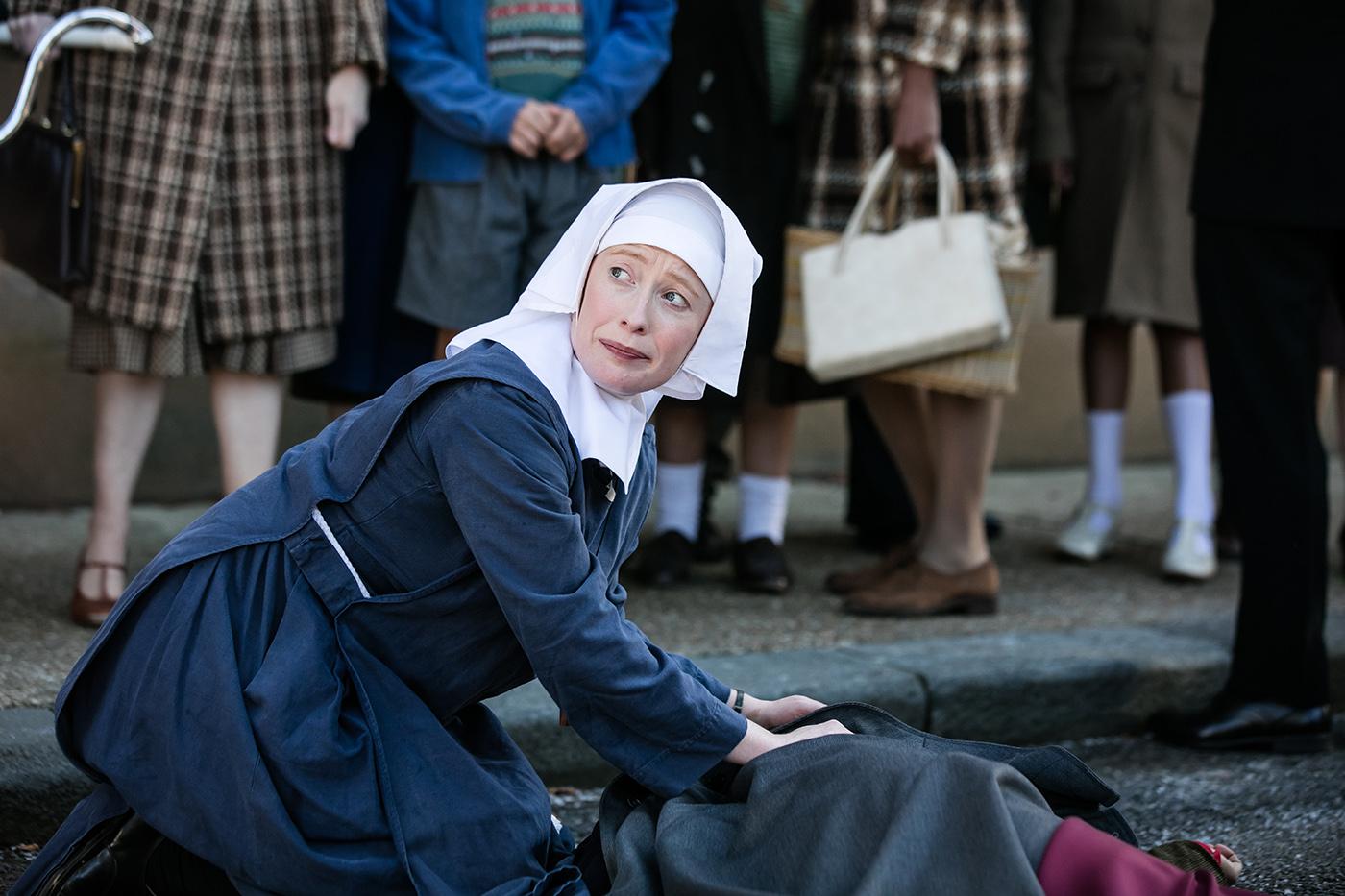 A tragic accident shakes some of the Nonnatans to their core. Photo: Neal Street Productions 2016

Next up on Call the Midwife’s list of social ills to confront: discrimination. Fear of how a handicapped daughter will be perceived causes a rift in a family. Racist teasing helps lead to a tragic accident. And stigmas against divorce and alcoholism threaten to end a relationship.

The first instance of prejudice occurs when Rhoda Mullucks happily trots down to the nursery to pre-register her daughter Susan. The nursery refuses to take the girl, who has foreshortened limbs and claw-like hands as a result of a thalidomide-based morning sickness drug Rhoda took while pregnant.

Rhoda rushes to Dr. Turner, who prescribed the drug, innocent of its dangers. He schedules an artificial limb-fitting appointment for Susan at a leading hospital and offers to drive the Mullucks there. But Rhoda’s husband Bernie is reluctant, and becomes upset upon seeing other handicapped children at the hospital. The deformities make him cringe, and he fears that other people will react the same way to his daughter.

Bernie attempts to delude himself with the idea that he and Rhoda can protect Susan her whole life and never have to confront her disabilities. But Rhoda is more clear-headed. She makes another trip to the hospital to leave Susan for an evaluation, without Bernie’s knowledge. This, of course, leads to an argument. 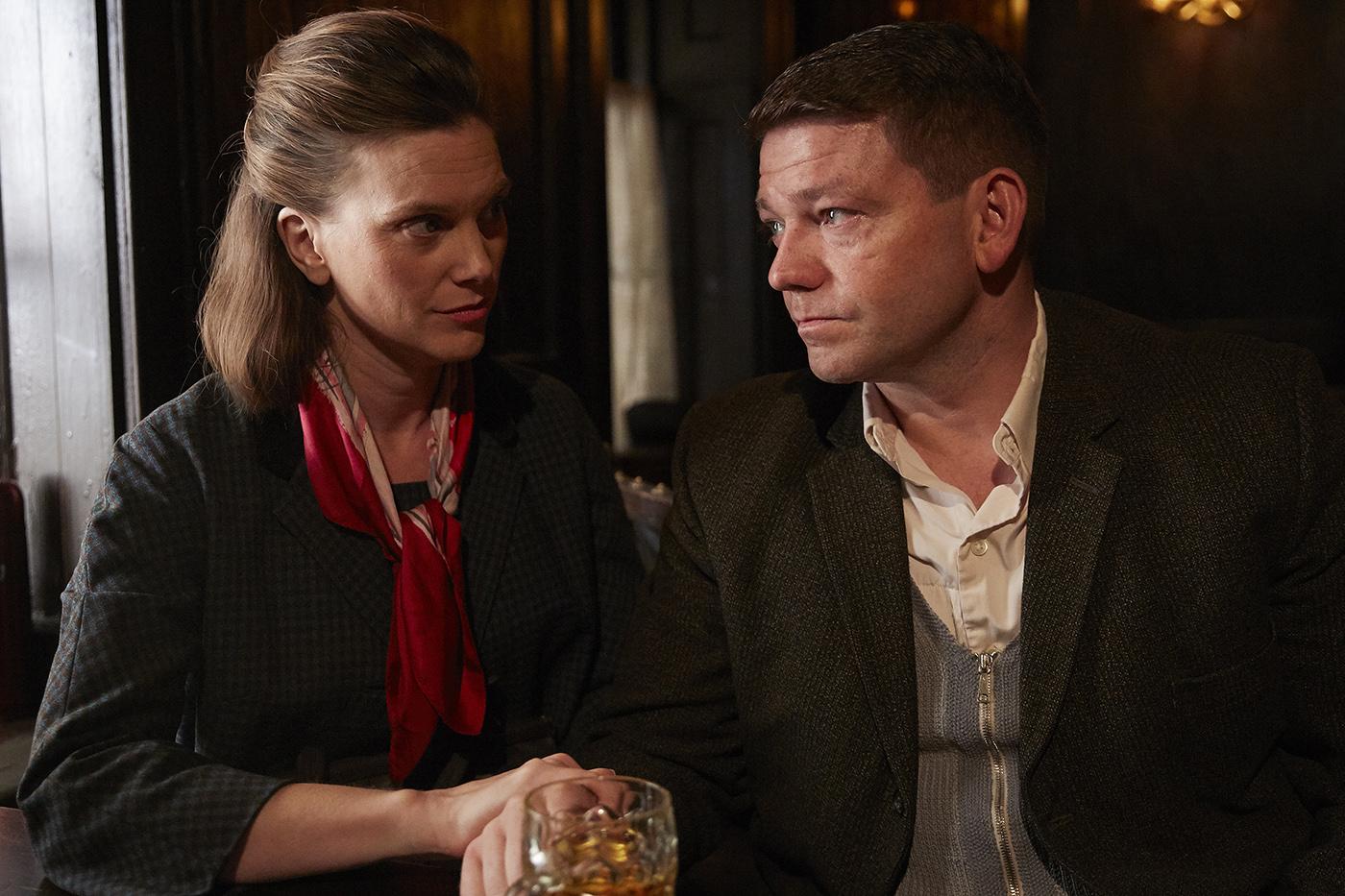 The legacy of a birth defect-causing drug strains the Mullucks family. Photo: Neal Street Productions 2016 Rhoda receives encouragement from another thalidomide mother, Lydia, while visiting the hospital later. Lydia commiserates with Rhoda over the fact that their babies were left with a terribly difficult life through no fault of their own, and that the companies who manufactured and sold the drug with knowledge of its side effects have not faced consequences.

Strengthened in her resolve, Rhoda sits down with Bernie, who has also come prepared to patch things over. He apologizes, and Rhoda warns him to never do it again: neither of them are to blame for Susan’s condition. On Lydia’s recommendation, the Mullucks join a thalidomide parents’ group in which everyone shares stories of their children’s difficulties as well as strengths. Bernie has found courage, and he and Rhoda are prepared to face the challenges ahead.

Carrie Antoine also required courage, back when she bucked social stigma by marrying a black man. Now she and Marcus have three boys, with a fourth child on the way. While attending the home birth, Nurse Crane runs out of anesthetic and requests more to be delivered from Nonnatus. Unfortunately, Fred is fixing up Sister Winifred’s bike, so she must walk. The delay causes her to arrive just after the infant boy is born. 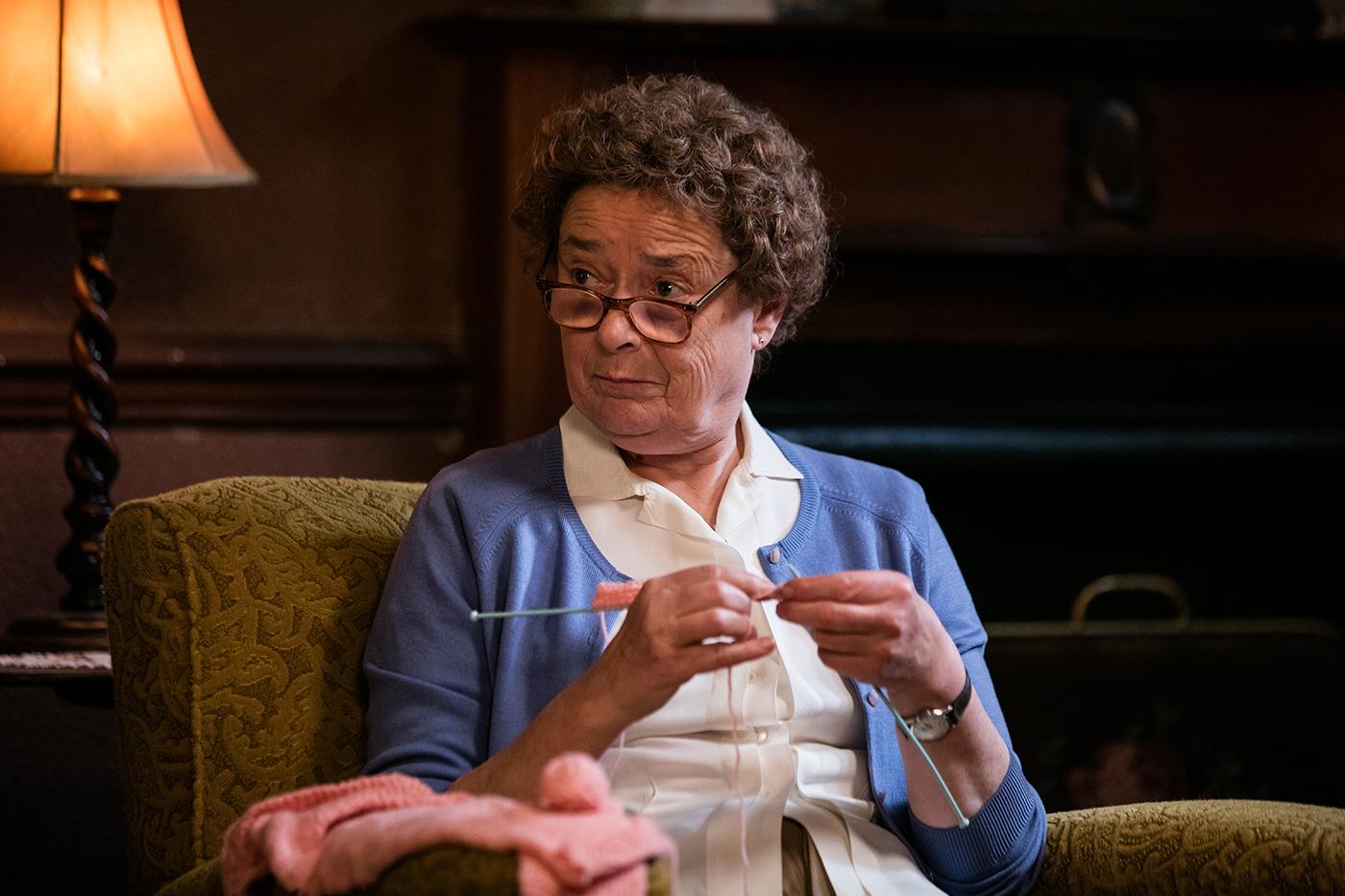 Nurse Crane is involved in an awful turn of events. Photo: Neal Street Productions 2016 Nurse Crane scolds Sister Winifred and forces her to drive back to Nonnatus so that she can prepare to receive her license – if she had one, she wouldn’t have been late. But Winifred’s jerky driving irks an already annoyed Nurse Crane, and the older woman takes over. As she cruises down a street, adjusting the rear-view mirror, one of the Antoine boys dashes in front of the car, which sweeps into him and knocks him unconscious.

As the police investigate the accident, Nurse Crane is recused from her duties as midwife. When Sister Winifred speaks to the police, she clears Nurse Crane of guilt, explaining that Lenny ran into the street without looking. She suggests that his brothers can corroborate this, although they ran away from the scene of the accident before the police arrived.

The two boys fled because they were in an area forbidden to them by their mother. Why? Because they were avoiding the racist insults of other children. They confirm Sister Winifred’s account and Nurse Crane is cleared of any guilt – except her own.

Although Lenny is recovering, having suffered a concussion and a broken femur, Nurse Crane has begun to question her life. As a midwife, she is supposed to care for people, not hurt them. When she returns to her duties and is required to attend a birth as the nurse on call, she is afraid to leave Nonnatus, and especially to drive. Sensing her unease, Sister Monica Joan offers to accompany her. Upon observing a woman in distress – in labor, worrying about her future as a single mother – Nurse Crane remembers her purpose, her doubts vanquished. 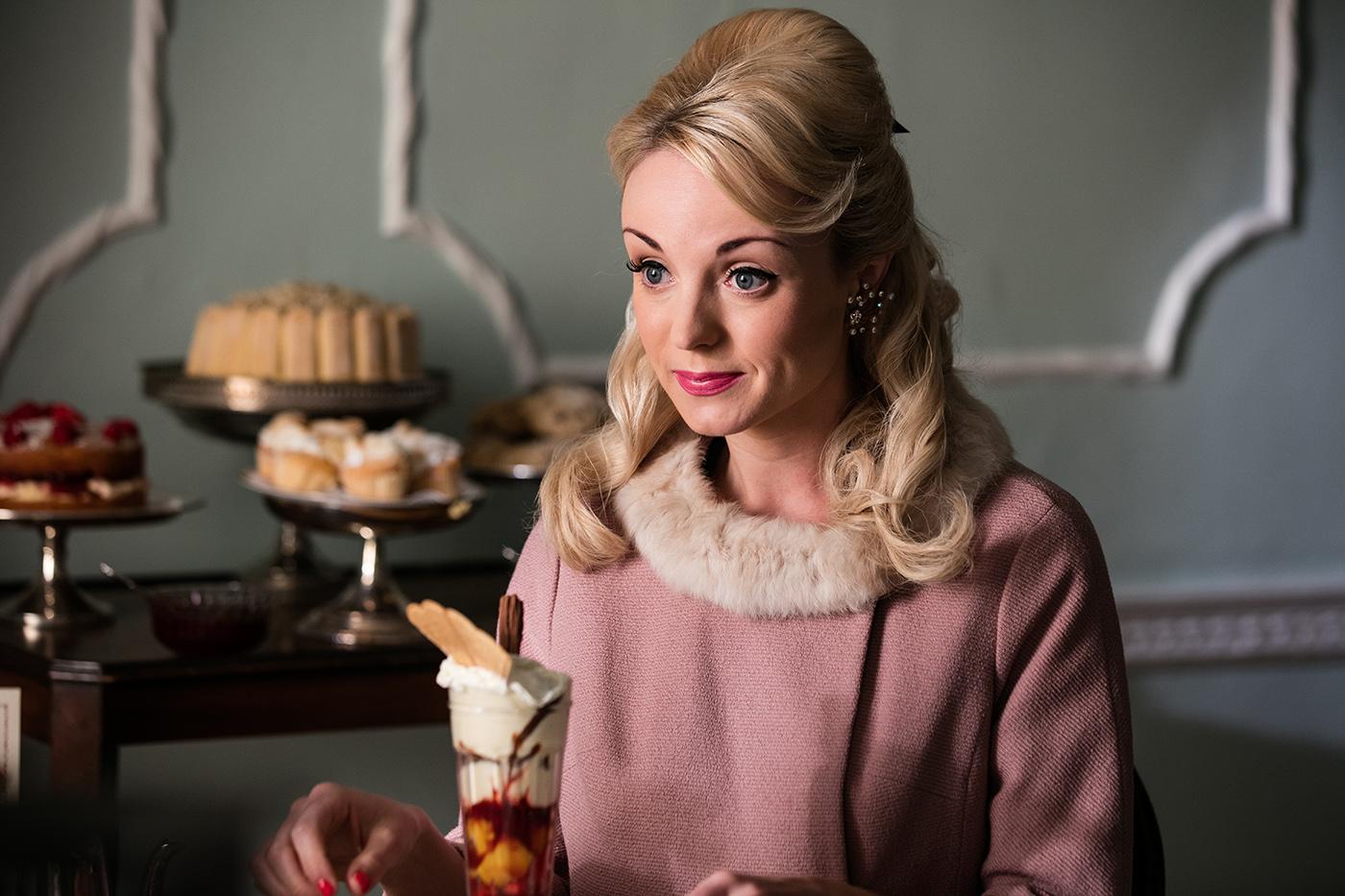 Trixie is having trust issues in her new romance. Photo: Neal Street Productions 2016 Trixie has her own doubts. Her handsome beau Christopher has cancelled a date for the third time in a row. When she wanders past his office and sees a silk scarf resting on the seat in his car, she suspects that he is seeing another woman. Confronting him, she learns that the other woman is his six-year-old daughter: he is divorced. Trixie is upset by this news, more by the fact that he never told her about his marriage than by his status as a divorced man. But Valerie helps her realize that he probably hid the news out of fear, not spite. Forgiving him, Trixie reveals her own secret: she is a recovering alcoholic, a situation Christopher easily accepts.

Delia is less confident in her romantic relationship. She has seen an obituary for Patsy’s father stating that he died two weeks ago, yet she has not received a single letter from Patsy. Will the nurse ever return?