Jacques Pépin on American Food Since the '50s 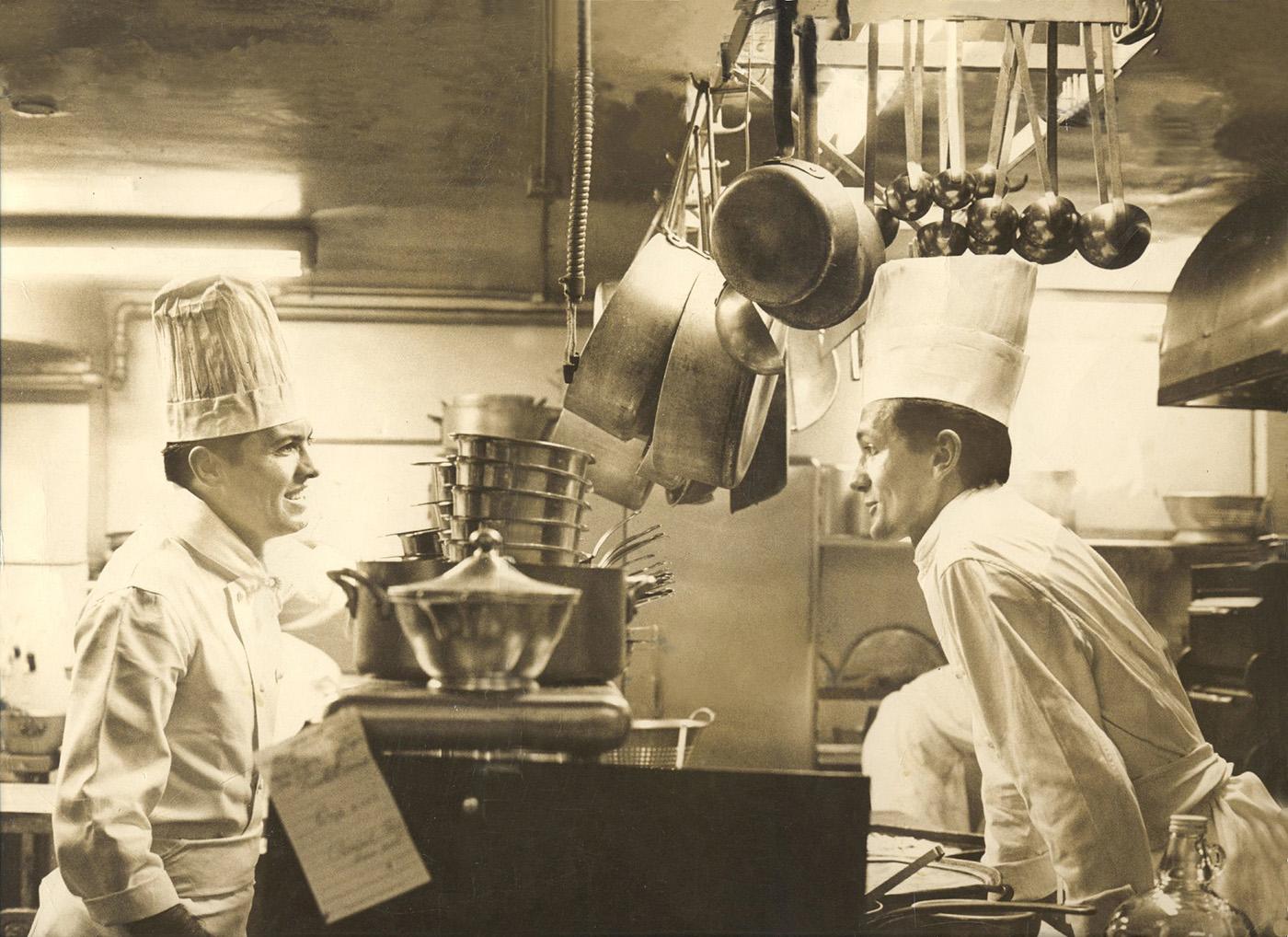 Jacques Pépin: The Art of Craft is broadcast by American Masters on Friday, May 26 at 9:00 pm, and will be available to stream at that time.

When chef Jacques Pépin first came to America from France, in 1959, he encountered a pitiable food culture. One of his earliest and fondest gastronomic memories is of drinking milk straight from a cow, and when he was a boy, he accompanied his mother on daily trips to the market in Lyon to purchase fresh produce for her restaurant. But in Manhattan, when he went to the supermarket to buy vegetables, he couldn’t find any.

“You would go in and say, ‘Where are the mushrooms?’” he recalls. “‘The mushrooms are aisle 5’ – and that was canned mushrooms. Nothing fresh. There was only one type of salad, and that was iceberg, period. It was another world.” 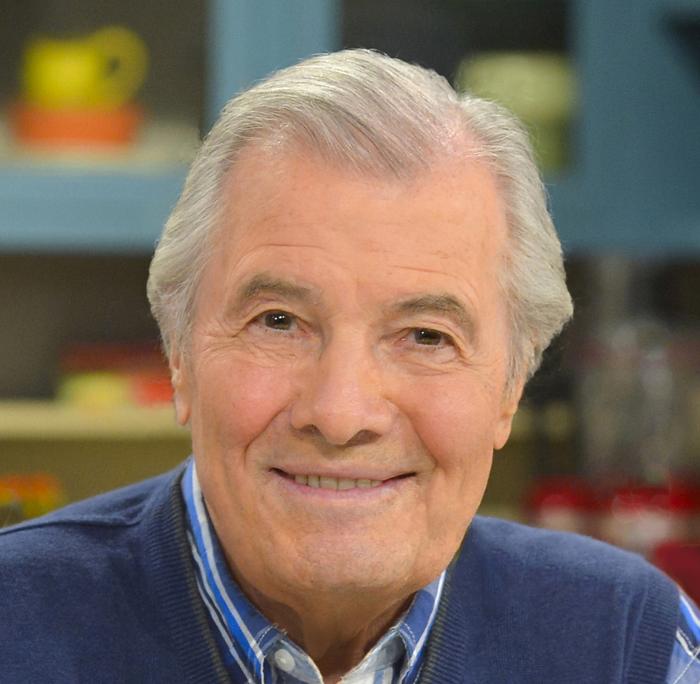 Photo: Kevin Berne Pépin had moved to New York at age 23 to work at the legendary restaurant Le Pavillon, having already served as the chef for three French heads of state, including Charles de Gaulle. But that position was less exalted than one might think.

“I served Eisenhower, Nehru, Tito,” he remembers. “You would sneak behind the door to try to take a peek at them walking by. No one would ever call you to the dining room to give you some kudos like is done now. If anyone came to the kitchen, it was to yell at you because something went wrong.”

So when Pavillon regulars John and Jacqueline Kennedy asked Pépin to be the chef at the White House, he refused. Instead, he accepted the job offer of another of the restaurant’s habitués: Howard Johnson, the owner of the landmark, orange-roofed restaurant chain bearing his name. “I had done that type of food, I didn’t want to do it again,” Pépin says of turning down the White House position. “Howard Johnson’s was very exciting, it was another world: of American eating habits, mass production, the chemistry of food.”

Thus, the prestigious young French chef found himself developing recipes for a middlebrow American restaurant chain, flipping burgers and frying potatoes. While improving Howard Johnson’s fried clams and adding recipes such as beef burgundy to its menu, he was also meeting some of the most important culinary people in the country, like Julia Child, James Beard, and Craig Claiborne, the food critic of The New York Times and a huge influence on Pépin. 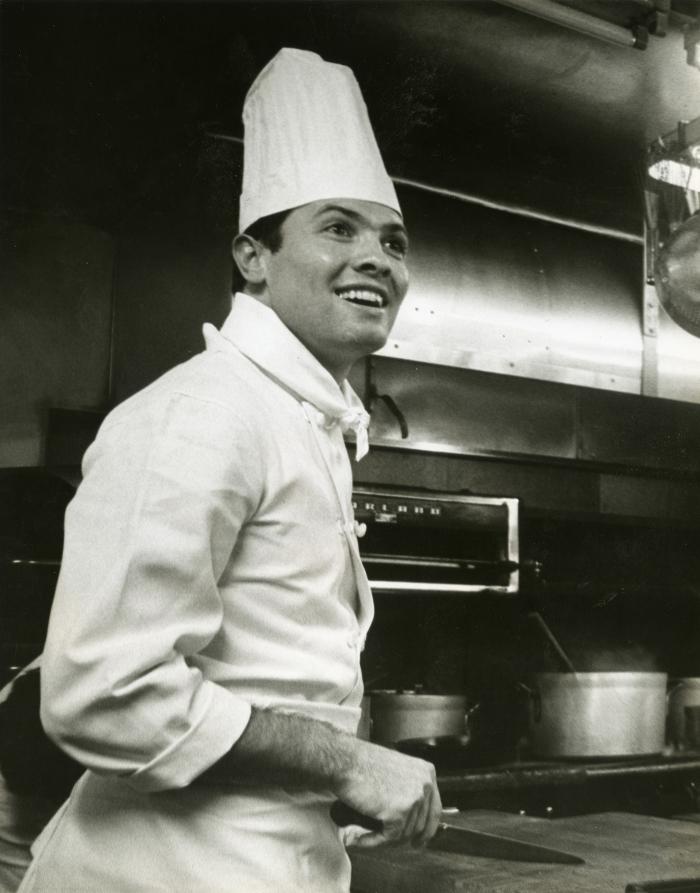 Jacques Pépin while working at Howard Johnson's. Photo: Courtesy Jacques Pépin Pépin met Child for the first time in 1960, when she came to New York before the publication of Mastering the Art of French Cooking. “If I remember, I spoke mostly French,” he recalls. “Her French was better than her English. No one knew her at that time – she hadn’t yet published her book, she’d never been a food magazine editor, the TV shows weren’t there yet.”

This was an era before celebrity chefs, when there was only a relatively small clique of food-lovers who knew who, say, James Beard was. “There were no stars in the food world, so you didn’t look at those people as big stars,” Pépin says. “The cook used to be at the bottom of the social scale. Now we are genius.”

Although he admires ingenuity in chefs, Pépin believes cooking is more craft than art. “We’re definitely craftsmen, in the same way that a jeweler or a cabinetmaker is,” he says. “There are a couple people who tend to break the ceiling and get slightly higher, like Daniel Boulud or Thomas Keller, but on the whole, it is craft.”

Pépin’s fame was built on craft. His first book, La Technique, demonstrates both fundamental cooking techniques and showy knife tricks. Along with its successor La Methode, it is a cornerstone of culinary education today. His teachings reached an even larger audience with his series of cooking shows on public television, including the beloved Julia and Jacques Cooking at Home, with Julia Child. Now he is filming a twenty-two episode series, to be accompanied by a book, of short, simple recipes with his granddaughter, instructing her in the craft of cooking. 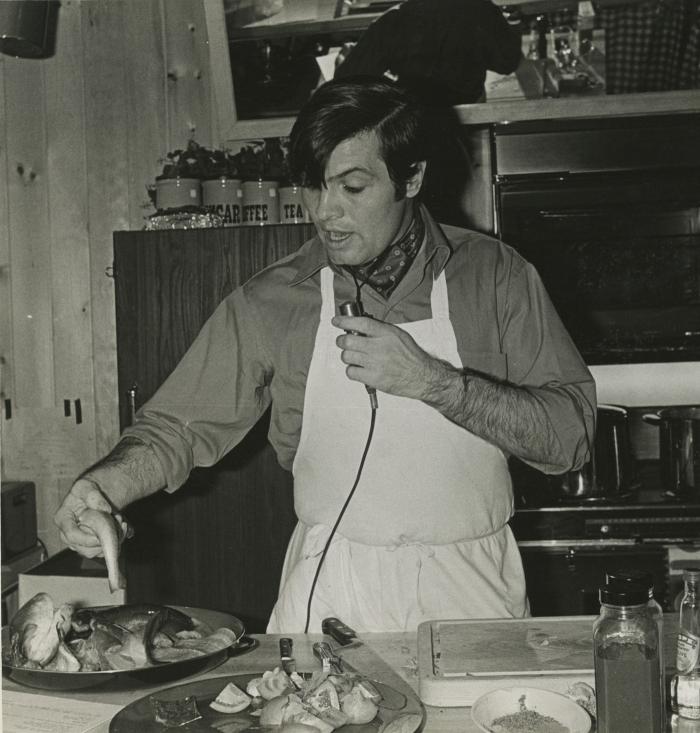 Pépin teaches a cooking class in the 1970s. Photo: Anthony A. Noble As he ages, Pépin increasingly values simplicity, and he confesses to being slightly overwhelmed by the culinary scene today. “It seems to me I go to some restaurants now, and I don’t think that I know anything about food,” he says with a chuckle. “Years ago, I knew every chef invited to make dinner at the James Beard House. Now I look, and I think in the last catalogue I didn’t even know one. I heard a historian say that there are 405 cookery shows on TV now. 24,000 restaurants in New York City. The food scene is something staggering.

“I don’t know how long it’s going to last, but looking at history, in France at the end of the seventeenth century and after the eighteenth century there was a time when the chef was at the top of his game, even during the Belle Époque.” He jokingly adds, “And that’s always happened prior to some kind of catastrophic war.”

Kidding aside, Pépin is a serious student of history. He has both a Bachelor’s and Master’s Degree from Columbia University, the latter in French literature, and planned to complete a doctorate on the history of French food in the context of civilization and literature. But the thesis topic was rejected, for food was not yet taken seriously as an object of academic study. He also teaches in a Master of Liberal Arts in Gastronomy program that he cofounded with Julia Child at Boston University.

“I think that someone should do some type of dissertation on the rising of American cuisine, from the 50s on to now,” he says. If someone ever does, Pépin will play a pivotal role.