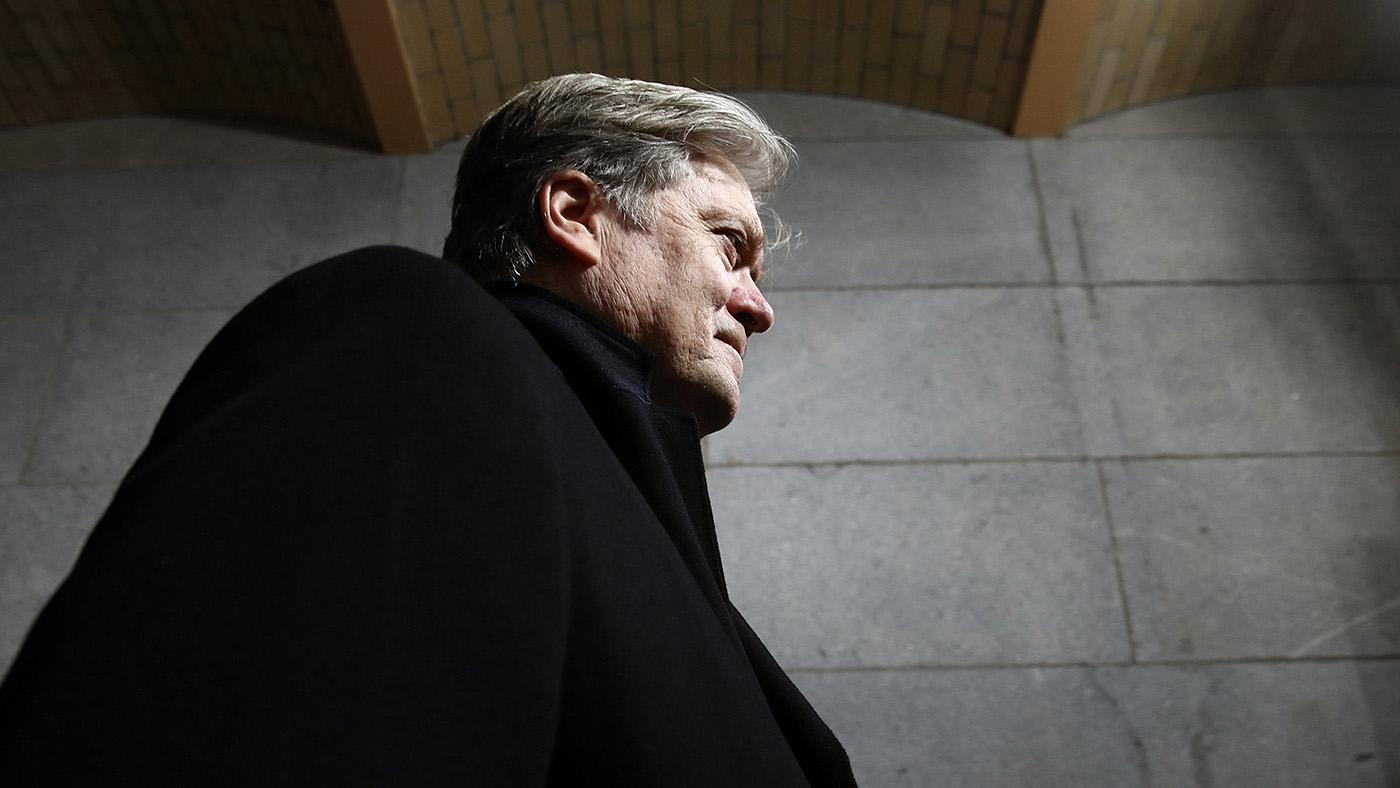 Frontline: Bannon’s War airs and is available to stream on Tuesday, May 23 at 10:00 pm.

As of mid-afternoon on Thursday, May 18, the Frontline investigative film Bannon’s War had cycled through three endings in the previous three days. On Monday, the film concluded with President Trump’s firing of F.B.I. director James Comey. Tuesday, it was updated to include the memo Comey wrote about a meeting in which the President purportedly asked him to drop the investigation into Trump’s former national security adviser, Michael Flynn. Deputy attorney general Rod Rosenstein’s appointment of a special counsel to oversee the investigation into Russian meddling in the 2016 presidential election was added Wednesday.

“God knows what it will be by Sunday,” the film’s producer, writer, and director Michael Kirk said on Thursday. “We’re keeping the end open until broadcast on Tuesday now.” 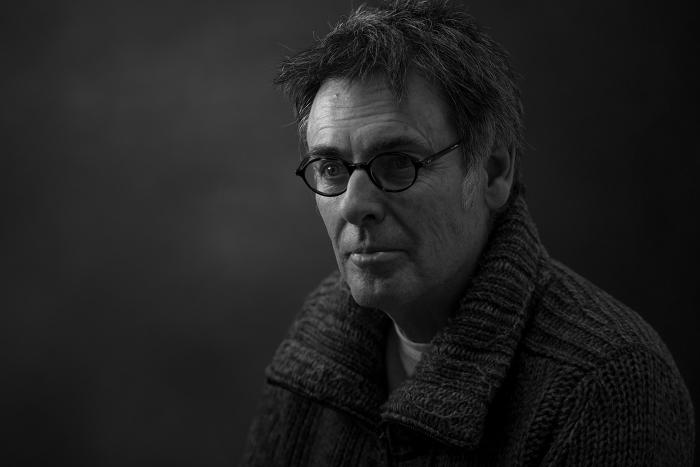 Michael Kirk. Bannon’s War focuses on the controversial Trump adviser Stephen Bannon, examining his history, ideology, and influence on the Trump campaign and administration. Not an easy task, given that a main aspect of Bannon’s strategy is an embrace of disorder, according to Kirk. “The way that he operates, I think, is as a perpetual motion machine that creates disruption, encouraging the President and some of the people around him that confrontation and chaos are good.”

Trump himself seems to have adopted this attitude, making it even more difficult to determine the influence of anyone within the White House, especially as their favor with the President waxes or wanes. Bannon himself apparently lost status sometime around the beginning of April, when Trump removed him from the National Security Council.

“I think Trump really likes the internal struggle between all of his people,” Kirk speculates. “He fosters it, he furthers it, he anoints people as the chosen one and then he knocks them down. I think circumstances move a lot of this stuff, but I think the constant so far, that I’ve seen, is that this thing that we call Bannonism is alive and well, even if Bannon leaves.”

By “Bannonism” Kirk means an attitude of “just get yourself together and go out and fight as hard as you can. Resist everything, never give up, and change the subject as often as you can, but remember that at its heart, the base – which is what Bannon really represents personally – wants you to be who you were and who they elected.”

If that is the legacy that Bannon has bequeathed to Trump, then, given the nearly constant stream of upheavals in the past couple of weeks, “It’s not surprising to see Bannon begin to emerge again as someone who has the President’s ear and brings the intensity that I think the President thrives on when it comes to stepping out and reengaging in this unbelievable fight he’s in now,” Kirk says.

But there is more to Bannon’s worldview than an indefatigable will to resist, Kirk believes. The film devotes great attention to Bannon’s “apocalyptic view of the world” and his belief that there is a “civilizational struggle,” in Kirk’s words, between radical Islam and the Judeo-Christian West.

Bannon “really feels that we’re in World War III, and that this is a fundamental fight that’s happening,” Kirk says, offering as evidence the executive order that banned immigration from seven – later six – predominantly Muslim countries. “I think in that sense he and Trump share a feeling. I don’t know that Trump has thought it through as far as Bannon has in terms of its consequences and its policy implications. We talked a lot to people who said that Trump just has a lot of great gut instincts, and what Bannon did was help it all cohere, give it a sort of coherence around an ideology. It’s in there, but Trump is his own character, in lots of ways, as we’ve seen. I think that probably was not as clear to Bannon as it certainly is now.” 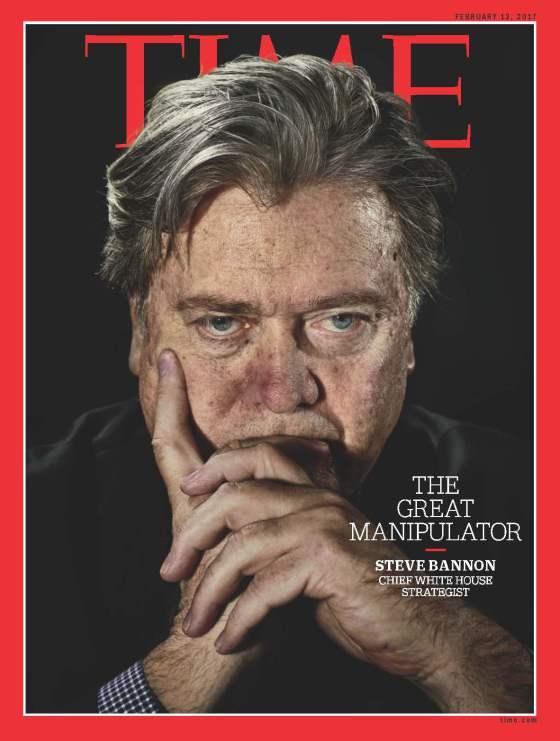 Image: Copyright Time The film proposes that Bannon’s apparent loss of influence stems in part from a popular perception of him as a puppet-master – Time Magazine ran a cover that called him “The Great Manipulator” – and from the widespread publicity he received after making a speech at the Conservative Political Action Conference in late February. As Kirk puts it, “Bannon steps into the spotlight and Trump closes him down,” by removing him from the National Security Council.

That fall from grace seems to have caused the White House to close off access to Frontline. “We were in Washington ready to go into the White House,” Kirk recalls, “and four minutes to 8 on a Thursday morning, all the doors closed and all hell broke loose for Steve Bannon. Whatever cracks there were for us closed up real fast.”

Since then, it continues to be difficult to get people inside the Administration to go on the record, Kirk says. (No one from the White House appears in the film.) “We had very good luck when we made a film called Trump’s Road to the White House in January,” he says. But now, “None of them want to get the treatment Bannon got after he stepped out into the limelight and the press glommed onto him. The President does not want another spotlight shining anywhere except on him, so they’ve learned, I think, to hide out.”

Kirk also believes that “They’re extremely worried about talking to us, or anybody else really, unless they’re on a TV show where it’s live and they can spin.” He emphasizes, however, that this is both a problem the Frontline team will crack, and nothing new. “We know how to do this,” he says. “We’ve been doing this for almost 35 years. It’s my intention to make films about the Trump Administration and what they’re doing and what they’re proposing for the next three years and nine months. We’ll develop the sources. We’ll get it. We always do.”

He continues later, “Every Administration is very hard. I thought the Bush Administration was unbelievably difficult. And then the Obama Administration was even worse, in terms of aggressively being against the press. And now the Obama people feel like a day at the beach compared to the Trump people. As the society and our politics have become more and more divided, so too has the approach of politicians and political Washington to the press. They all decry us, but I know better than that. They need us, and many, many people there know they need us, and they want to help, and before long, they always do.”