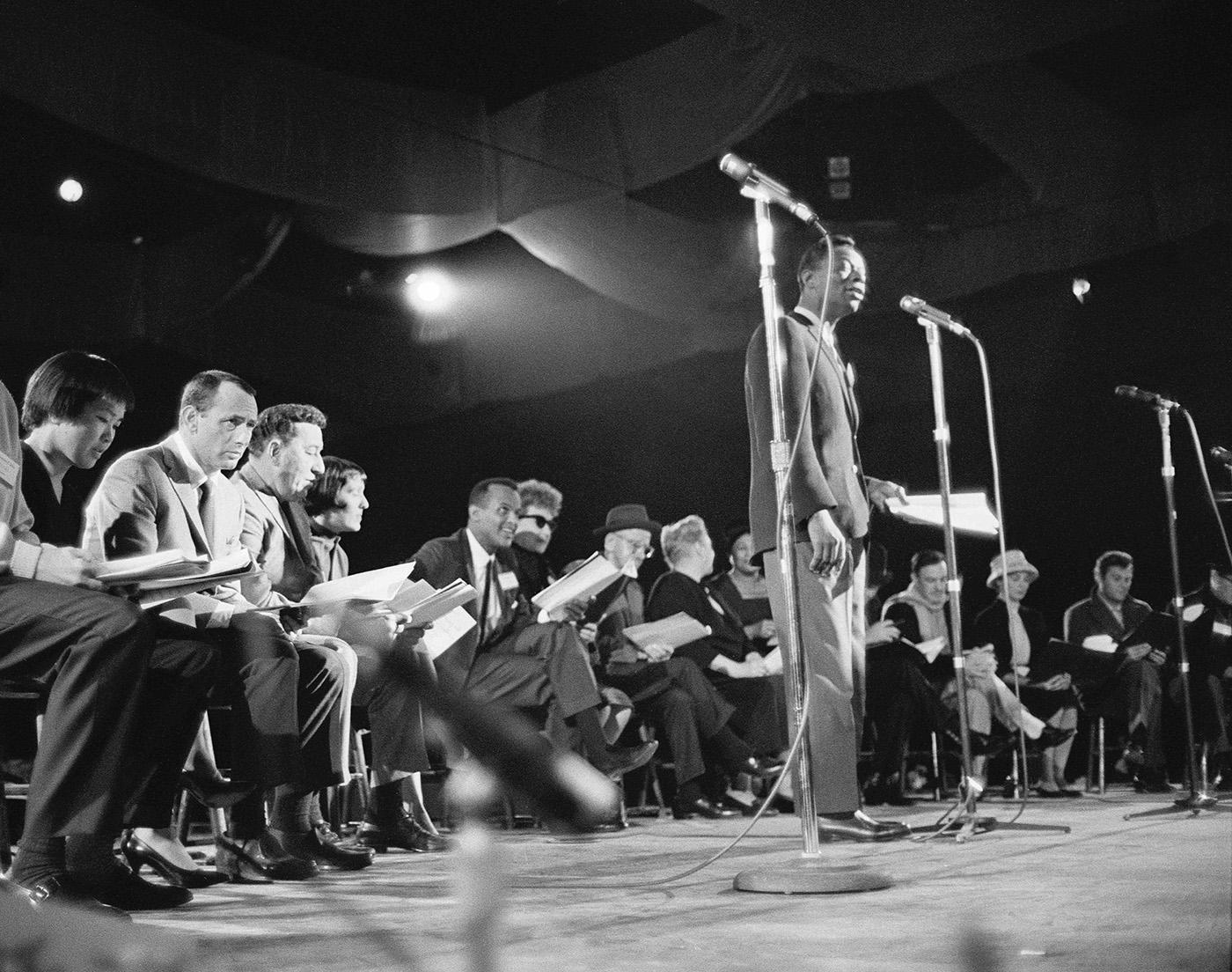 John F. Kennedy’s Pre-Inaugural Gala mirrors his presidency in many ways. Fittingly for this most glamorous of presidents, it was a star-studded affair, featuring celebrities from Hollywood, Broadway, and the music industry. Arts and culture ruled the stage, signaling the prominent place they would hold in Jacqueline Kennedy’s White House. Television helped JFK beat Nixon to the Oval Office by broadcasting debates in which the younger Democrat outshone the Republican, and the Gala was scheduled to air on NBC.

Unlike the president, however, the Gala quickly disappeared into history. 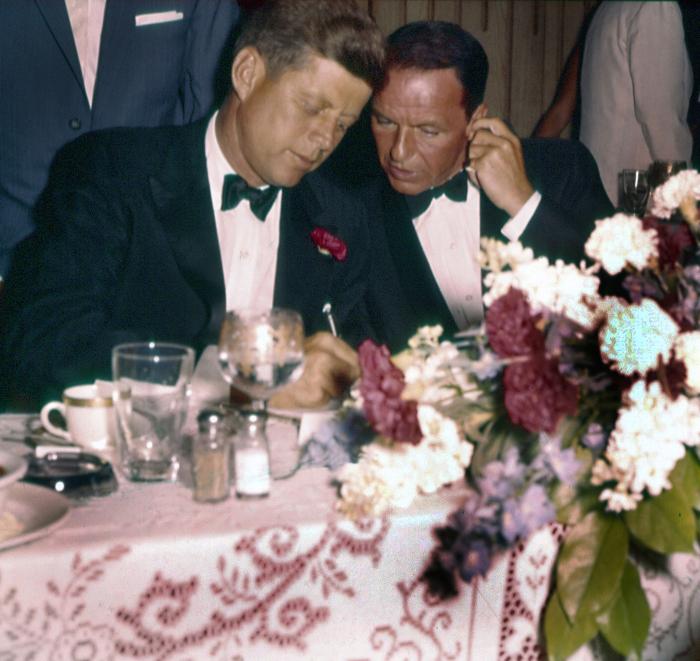 JFK with Frank Sinatra at the Democratic National Convention in 1960. Photo: Courtesy Photofest Held on January 19, 1961, the evening before the Inauguration, the Gala should have been a memorable event that would score huge audiences when it was broadcast the following week. Kennedy’s friend and supporter Frank Sinatra hosted and produced it. Sinatra’s fame drew a constellation of other stars: Nat King Cole, Ella Fitzgerald, Gene Kelly, Harry Belafonte, and more. Undeterred by the jam-packed schedules of celebrities, Sinatra finagled the closure of Gypsy and Becket on Broadway so that Ethel Merman and Laurence Olivier could take part. Sammy Cahn and Jimmy Van Heusen penned a parody of the Kennedy campaign that cast Sinatra and Milton Berle as TV news reporters.

Nor did the entertainers come solely from the popular realm. Leonard Bernstein, another friend of the Kennedys, played a role. In fact, Bernstein’s career ended up intersecting with the life and legacy of JFK numerous times. His third symphony, entitled Kaddish, was dedicated to the memory of JFK, who was assassinated a few weeks before the premiere. Years later, Jackie Kennedy commissioned a piece from Bernstein to mark the opening of the John F. Kennedy Center for the Performing Arts in Washington, D.C. Bernstein’s Mass thus inaugurated a major part of Kennedy’s legacy in the arts. And the two men were born a year apart: JFK celebrates his centenary this year, Bernstein in 2018. (In another nod to the arts, Kennedy invited Robert Frost to read a poem at his Inauguration, the first president to invite a poet.) 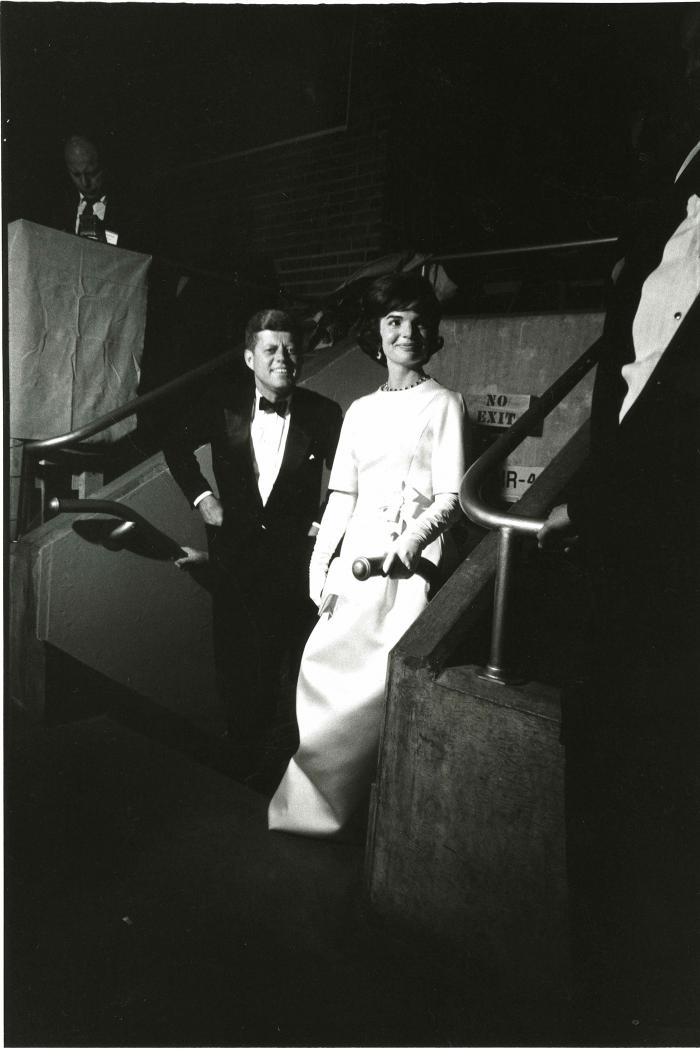 John and Jackie Kennedy at the Pre-Inaugural Gala. Photo: Courtesy Jacques Lowe Jackie Kennedy was behind much of the Kennedy presidency’s affinity for the arts. She invited numerous composers and performers to the White House, including Pablo Casals, Aaron Copland, and Igor Stravinsky. She pushed for the Kennedy Center and named it in honor of her husband. His advocacy for an arts council, probably under her influence, led to the creation of the National Endowment for the Arts in 1965. And she was the signature architect of the "Camelot" mythology of the president passed down through the generations that ensured his legacy and popular image.

But JFK’s own taste leaned more towards the Rat Pack than classical composers, and his friendship with Sinatra resulted in the Pre-Inaugural Gala. Despite the event’s promise, a terrible blizzard rolled over D.C. the day of the Gala. Many performers were unable to leave the venue after rehearsal as a result of the snow, so they never changed into evening clothes. Ethel Merman performed in a plaid winter coat. Most of the electrical grid in Washington was down, so generators powered the cameras and lights that recorded the performances for the TV special. The many complications induced the producers to cancel the broadcast the following week.

Sinatra got another chance at planning an inauguration gala a couple of decades later, when he organized one for Ronald Reagan, after a shift in political views. But now the Kennedy Gala can be seen again, in a broadcast hosted by Phylicia Rashad. Performance footage is intercut by video and photos of the Kennedys and enlivened by commentary from the historian Doris Kearns Goodwin, among others. It’s a look back at the presidency through the lenses of media and the arts, tied together by the burst of glamour that was the Pre-Inaugural Gala: an entirely appropriate beginning to the legend of President John F. Kennedy. 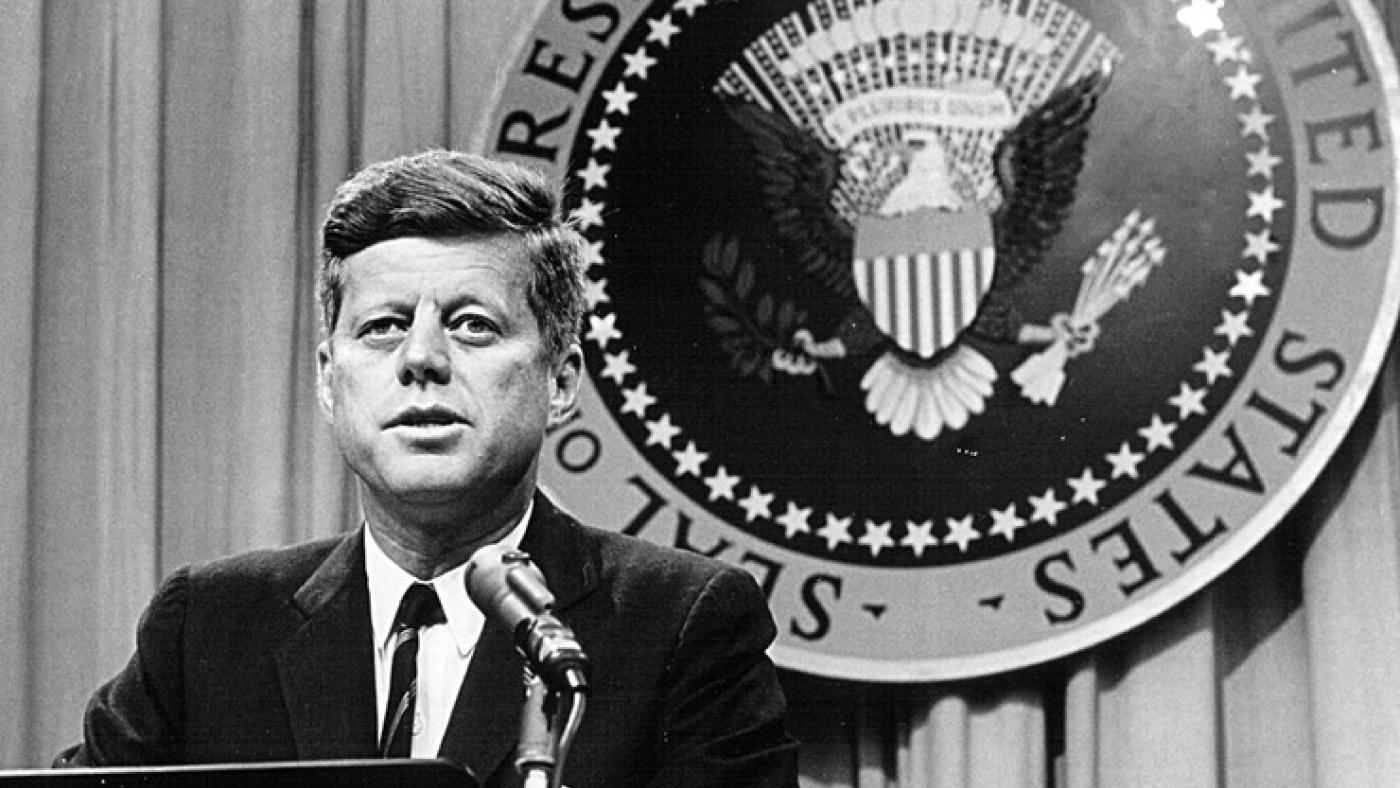 From the Archive: John F. Kennedy