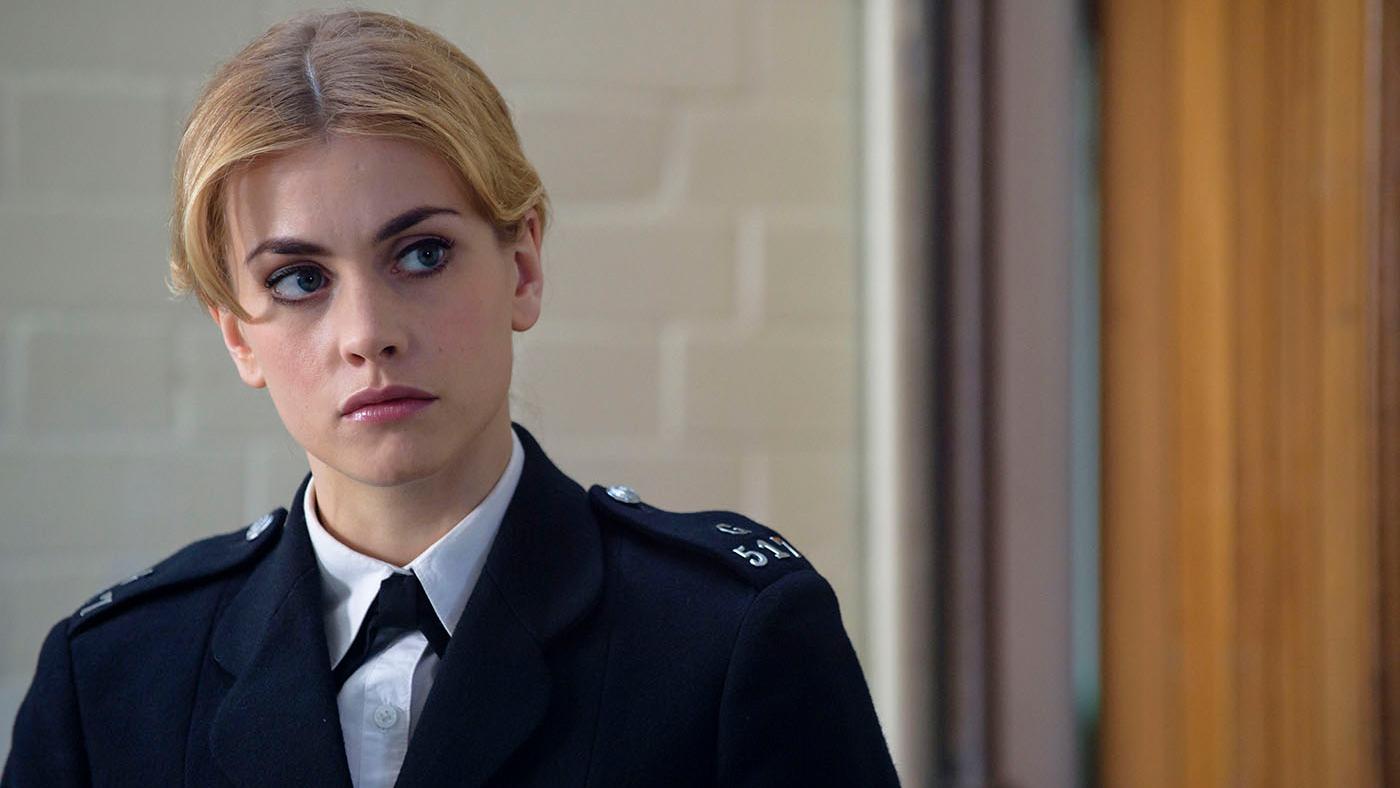 Jane Tennison as portrayed by Helen Mirren is a famously indomitable Detective Chief Inspector, plowing her way through institutional sexism and leaving flabbergasted men in her wake. But how did she reach the heights of the police force? By starting off as a rumpled, underestimated, low-ranking officer.

It’s 1973, and the ardor of the young Tennison (now played by Stefanie Martini) is immediately evident: witnessing the mugging of an old woman from the bus, she leaps off to run to the woman’s aid. Rain-soaked and disarrayed, Tennison receives a scolding when she arrives late to work afterwards. Further indignity is piled on as she is asked to serve senior officers tea and biscuits, while male colleagues leave her dishes to wash.

Tennison does soon receive more respectable work, when she is sent out to canvass residents of an apartment block where a seventeen year-old girl was found dead, strangled by her own bra. Tennison and her lone female colleague Morgan discover that Julie Ann, the girl, used to look for work as a prostitute outside a nearby pub. Questioning two other women there, they learn that Julie Ann had a dissolute addict boyfriend named Eddie. 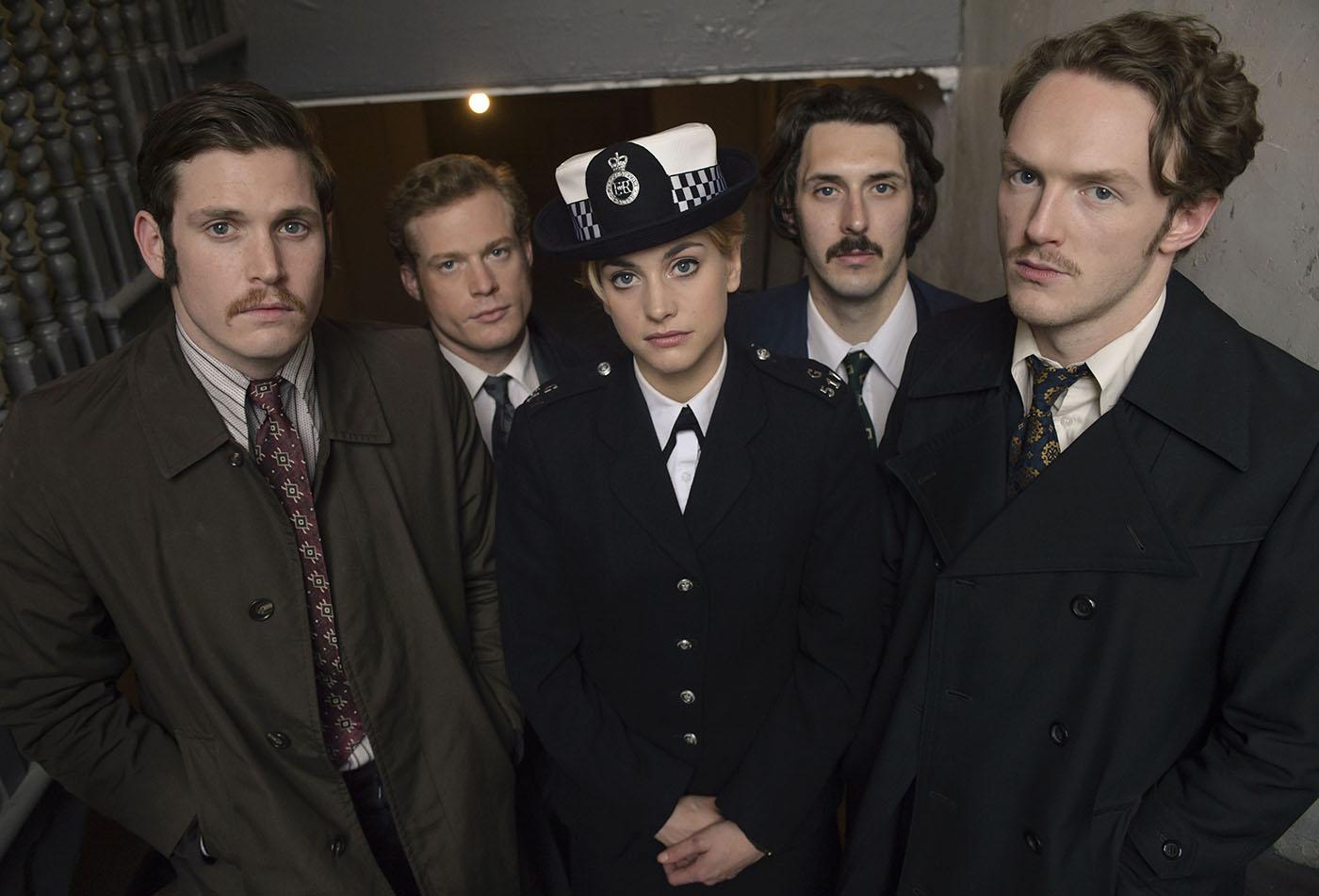 Tennison's male colleagues expect little from her - except for her to clean up after them. Photo: ITV Studios and NoHo Film & Television While Tennison’s colleagues search Julie Ann’s apartment, three men approach to enter. Two of them are apprehended while the third escapes. One happens to be Eddie, who is so high he’s incoherent. When he sobers up, the officers squeeze an admission out of him that he last saw Julie Ann getting into a red Jaguar after leaving rehab – she was trying to get clean. Eddie then vomits on an officer’s shoes. He’s sent to the hospital while Tennison and Morgan are ordered to mop up.

Tennison is saved from that gross task by Detective Inspector Bradfield, who needs her at Julie Ann’s post-mortem. Tennison has already accompanied Bradfield to the next-of-kin visit to Julie Ann’s parents. Although Bradfield is kind to Tennison, he’s an exception: the coroner directs his conversation at the Detective Inspector, even when Tennison asks a question. The post-mortem reveals bruises from a couple weeks before Julie Ann’s death, and that she was six to eight weeks pregnant.

Bradfield returns to the station to find Eddie’s grandmother berating a clerk. The irate woman offers an alibi for Eddie – he was sleeping at her house at the time of the murder – and blames Julie Ann for getting Eddie beaten up after she borrowed money from someone. None of this conforms to Eddie’s account, and further suspicion is cast on him when Tennison returns to the prostitutes, one of whom lets out that Eddie had Julie Ann “trapped” and that she wanted out.

Tennison finds Bradfield at a local pub to share her information, but Eddie has already disappeared from the hospital. The two colleagues bond, drink too much, kiss, and awkwardly part ways after nearly being seen by another officer. As they nervously avoid eye contact at work the next day, Morgan finds out that a doctor at Julie Ann’s rehab hospital owns a red Jaguar. The car ends up being a dead end, but the doctor points them to an all-knowing receptionist at the rehab for more information on Julie Ann. 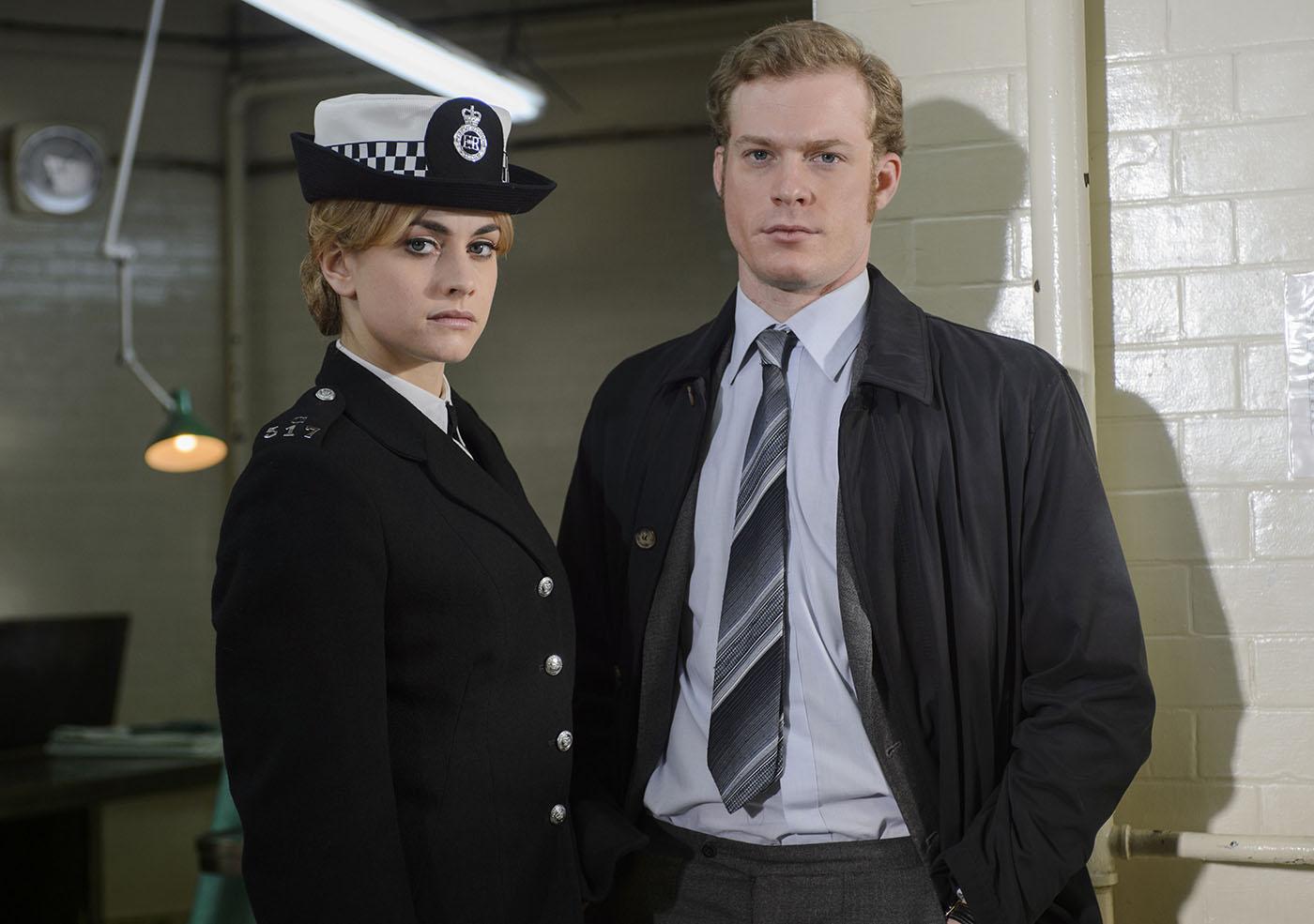 DI Bradfield is the only man to recognize Tennison's abilities, but the pair's relationship soon gets complicated. Photo: ITV Studios and NoHo Film & Television Like the prostitute, the receptionist suspects Eddie, and she also gives the officers a number that Julie Ann called the day before she left rehab. Eddie is still missing, however, so the officers pay another visit to the friend he was caught with near Julie Ann’s apartment. That man suggests that Eddie might have gone to one Dwayne Clark for refuge. Clark is already under surveillance by the police’s drugs unit, so he’s easy to find. When he is apprehended in a garage, his car is found to contain weed, cash, and a tally book of drug payments, but he denies it all. In spite of the stonewalling, the drugs unit does find a lead on another associate of Clark’s, a man named Oz.

Meanwhile, Bradfield and Tennison attend Julie Ann’s wake at her parents’ house. When Tennison is asked to call a cab for a guest, she recognizes the phone number of the house as the same that Julie Ann called from rehab. She peeks in the garage and sees a red Jaguar. Although Bradfield chastises her for searching for the car without proper procedure, he calls in a warrant and the whole team scours the house. In an upstairs bedroom, they discover traces of blood, red carpeting that matches fibers found on Julie Ann’s socks, and scratches on the door – Julie Ann must have been kept locked in the room. Julie Ann’s father is arrested.

And with those loose ends, we are left to wait for the next installment. Other things awaiting resolution: Tennison’s strained relationship with her overbearing mother and soon-to-be-married sister; and the bank robbery being plotted from jail by two men who don’t trust each other. Clifford Bentley got architectural plans to the bank from his rival prisoner Whiteley, and Bentley’s sons David and John are carrying out the heist with their cousin’s help. (Not coincidentally, I’m sure, Clifford’s wife is the woman Tennison saw getting mugged – as a warning to Bentley from Whiteley.) Something is bound to run awry, however, as David was connected to Julie Ann: he was the third man who tried to visit her apartment with Eddie. Oh, and Eddie is dead, but none of the police know it yet. Good luck waiting out the week to learn what happens next. 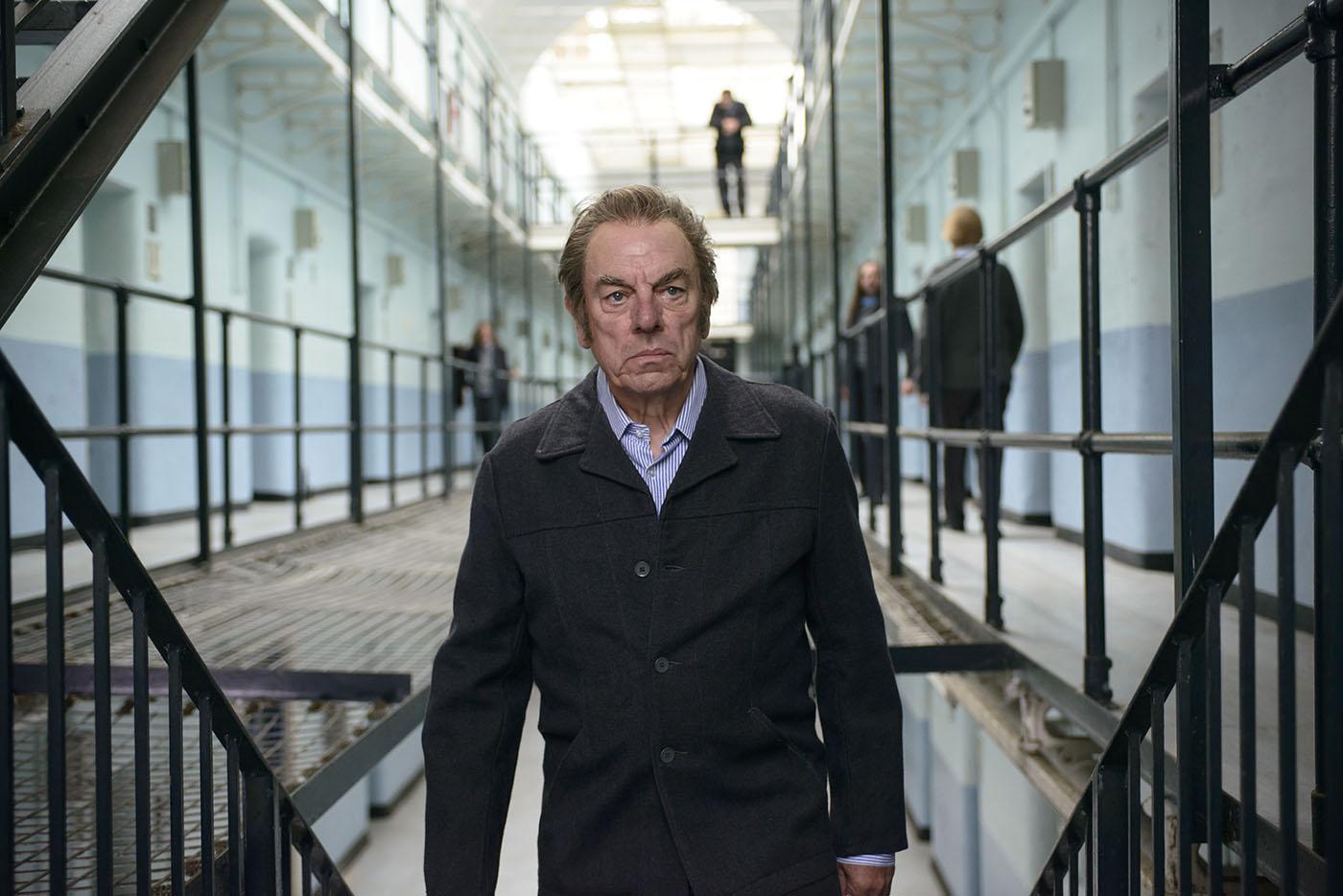 Clifford Bentley is plotting a heist from prison. How is it connected to the murder of Julie Ann? Photo: ITV Studios and NoHo Film & Television