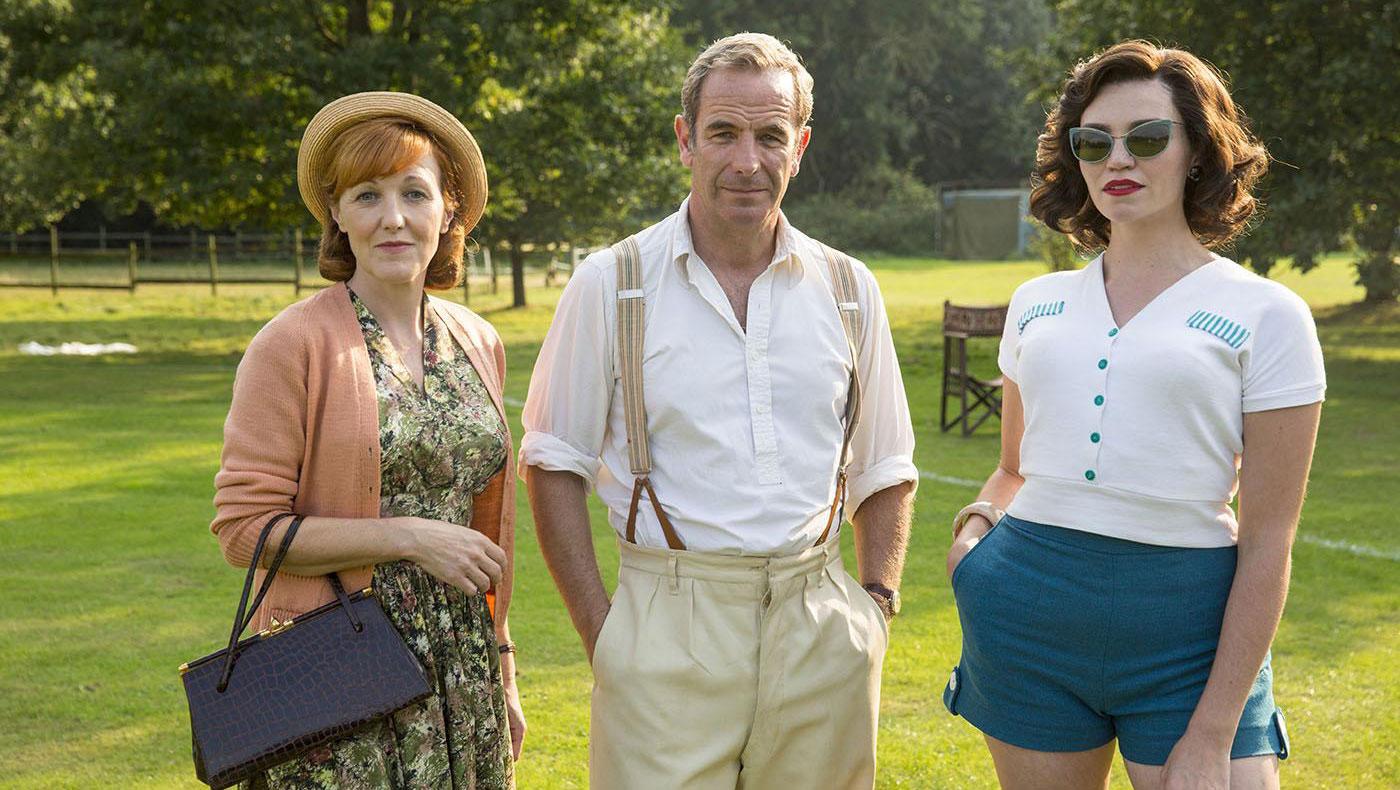 Cathy, Geordie, and Margaret are not the only people with romantic difficulties. Photo: Colin Hutton and Kudos/ITV for MASTERPIECE

Previous episodes of Grantchester are available to stream. Read our recaps of the previous and following episodes.

A village game of cricket supervised by a xenophobic pillar of the community. His judgmental wife presiding over the buffet spread. An Anglophile Pakistani sportsman and his buttoned-up brother who refuses to participate. It’s a volatile cast of characters, and when a mysterious illness besets most of the men at the game, anger and suspicion flares.

The sickness is unusual enough that it merits investigation by Geordie, who suffered along with Sidney and the rest of the cricket players. It resembles arsenic poisoning and seems to have been transmitted through the beer. Luckily, it appears that no one was seriously affected… until Geordie and Sidney visit Zafar and Munir Ali.

Munir is in England studying to be a civil servant in Pakistan, and was forced by his parents to bring his brother along. While Munir remains an observant Muslim, Zafar has eagerly taken to England – he even asked Sidney about converting to Anglicanism. Sidney and Geordie arrive at the brothers’ flat to find Zafar dead, his bruised corpse lying in the bathtub after Munir has conducted the ritual cleansing stipulated by Islam. Munir believes the bruises came from a pub fight a couple weeks ago.

Unlike everyone else, Zafar never recovered from getting sick. Munir reluctantly reveals that he was visited during his convalescence by Annie Towler, the daughter of the man who put together the cricket match. But when Sidney and Geordie visit the Towlers, an alibi is provided: Neil Carver, the village vet for whom Annie works, says that she was with him. 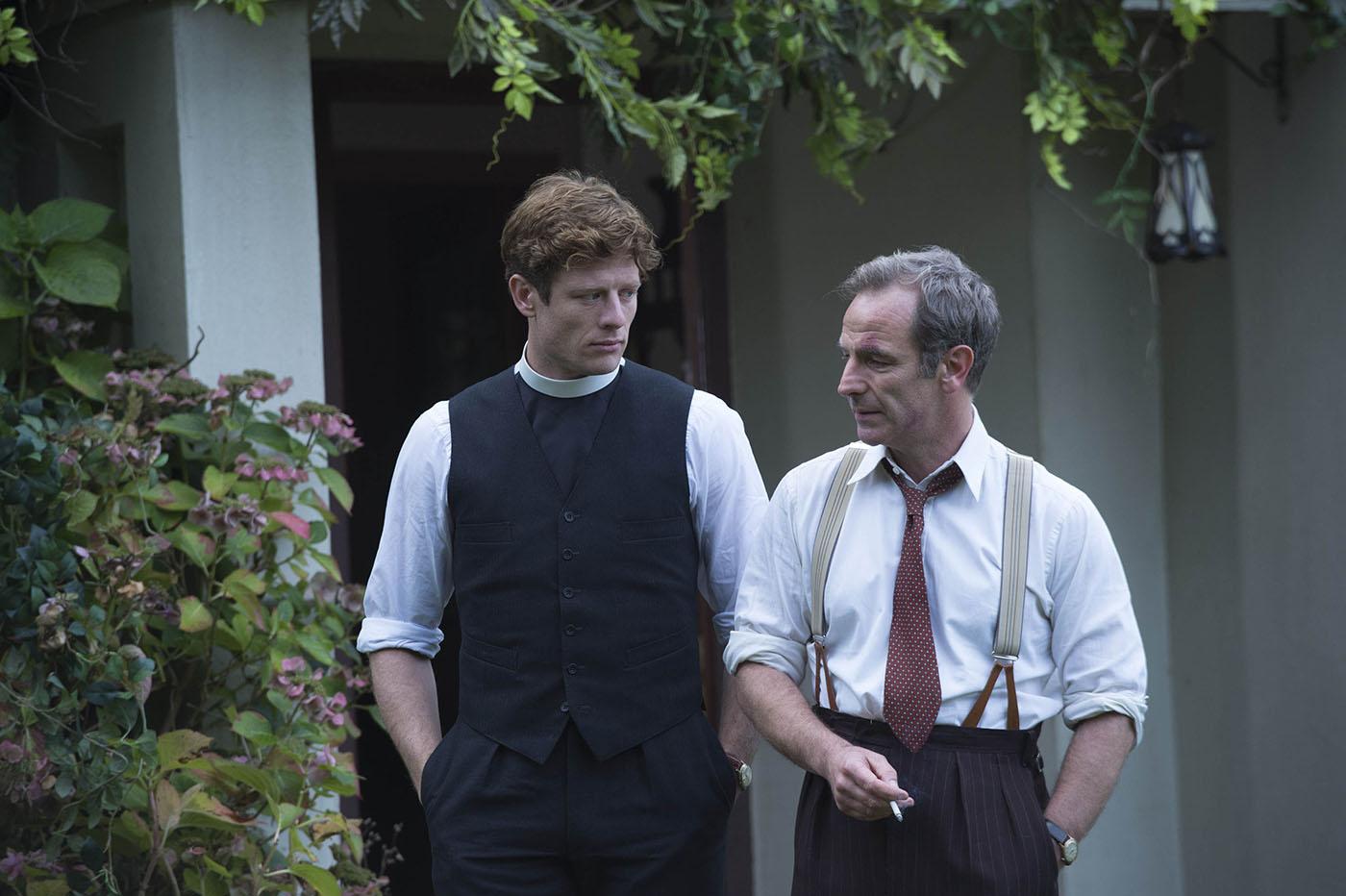 Who would want to poison the village men at a cricket game and kill Zafar Ali? Photo: Colin Hutton and Kudos/ITV for MASTERPIECE At the cricket match, Leonard let Dickens, the vicarage dog, drink some of his beer – Leonard doesn’t like the bitter, but is trying to appear conventionally masculine for Hilary Franklin after the archdeacon’s warning about his homosexuality. As such, Dickens got sick with the rest of the men. Sidney brings the dog to Neil for medicine and finds Annie there as well. Free from her parents’ concerned ears, she admits that she and Zafar had been carrying on a romance and were planning on marrying. She did visit Zafar the night before he died, to nurse him with tea.

Annie’s love for Zafar soon becomes a possible motive, while the fact that she was the only woman who got sick at the game marks her out as potentially involved. While at the pub, Sidney finds the normally straitlaced Munir falling over from drink. Munir partly blames himself for his brother’s murder – he told Annie that a marriage was already arranged for Zafar in Pakistan, and Munir believes this led Annie to kill Zafar out of rage for concealing this obstacle. Stumbling away from the pub, full of frustration, he throws a stone through the window of the Towler’s home. Only Sidney’s intervention prevents Annie’s violent father Geoff from attacking Munir.

When Sidney goes to relate Munir’s story to Geordie, he is sent on a crosstown hunt in search of his friend. Geordie told Phil he was leaving the police station early, but Cathy hasn’t seen him at home and suspects some sort of philandering. Following Phil’s hint that his friend departed at the same time as Margaret, Sidney hides out across from Margaret’s apartment and eventually spies Geordie kissing her before bidding her farewell.

Sidney confronts Geordie and reminds him of his family; Geordie throws Sidney’s relationship with Amanda back at Sidney. After stewing for a day, the two reconcile and apologize. Both men resolve to end their extramarital relationships. 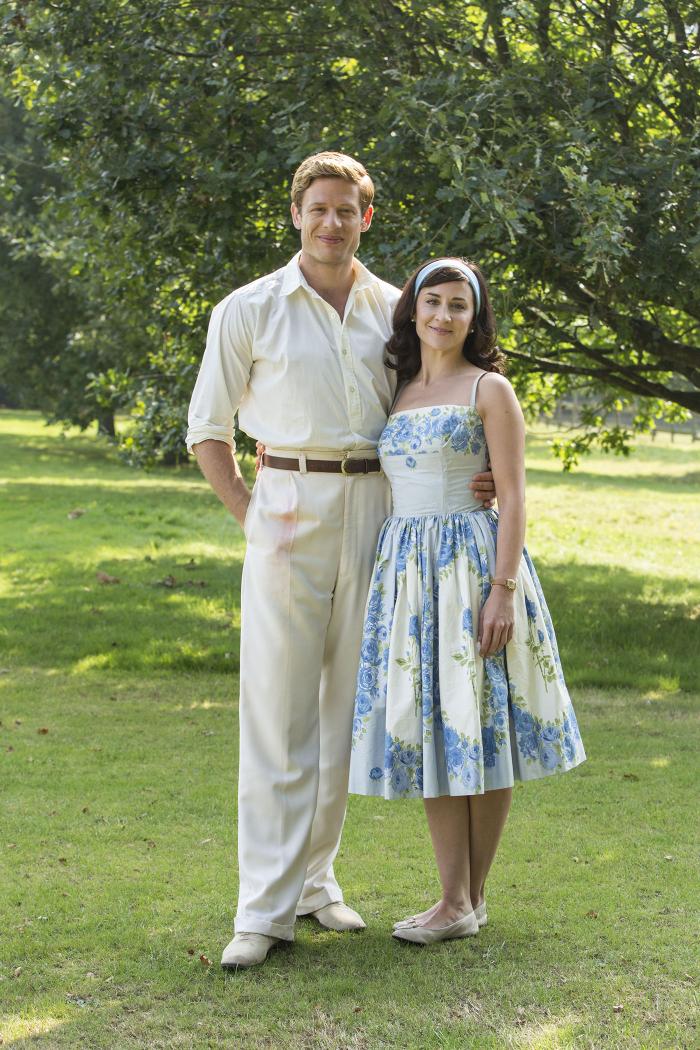 Can Sidney and Amanda's relationship survive? Photo: Colin Hutton and Kudos/ITV for MASTERPIECE Returning to the case, Geordie and Sidney learn that Annie has gone missing and search her room, where they discover presents with admiring messages signed “N.C.” The obvious candidate is Neil Carver, but he denies it, and his handwriting doesn’t match that of the notes. When Sidney and Geordie find Annie hiding out at the cricket club, she tells them that she also thought Neil sent the gifts.

Annie ran away because she fears her dad is the one who poisoned Zafar. Zafar’s bruises came from Geoff’s friends, who roughed him up to discourage him from seeing Annie. Annie is afraid that her father will turn on her next if he finds out her secret: she’s pregnant, hence her sickness at the cricket match.

Sidney solves the mystery of the poison’s origins when he realizes that the medicine Neil prescribed for Dickens is ineffective. Neil checks the drops, which could poison someone in a high enough dosage, and discovers that they’re water – someone has stolen his medicine. The only time his bag has been out of his sight was at the Towler house. Someone there must have taken the medicine and also spiked the tea Annie brought to Zafar, thus killing him.

Rushing there to arrest Geoff, Sidney and Geordie discover him struggling on the floor with Munir. Separating the two, they learn that Munir had stopped by to apologize for breaking the window and found Geoff writhing on the ground. Suspecting poison, Munir forced him to drink salt water to cleanse his system. A nearby note explains that Geoff killed Zafar and was now ending his own life.

But the handwriting matches that of the “N.C.” gifts. The poisoner is not Geoff, but his wife Rose. An aficionado of romance novels, she was attempting to will a fantasy life into existence for Annie by killing off the “undesirable” Zafar and pairing her with the successful Neil, while getting rid of her abusive husband along the way.

Despite all these trials, Geoff still rejects Annie, kicking her out of the house for being pregnant. Witnessing this souring of a father-daughter relationship, Sidney realizes that his relationship with Amanda is untenable and that Guy cannot be prevented from seeing Grace. Amanda has come to the same conclusion, for she doesn’t want to ruin Sidney’s career or stick Grace with a slanderous reputation. Geordie’s attempt to end his affair is less successful: he and Margaret end up in bed again.