'My Mother and Other Strangers' Recap: Divine Retribution 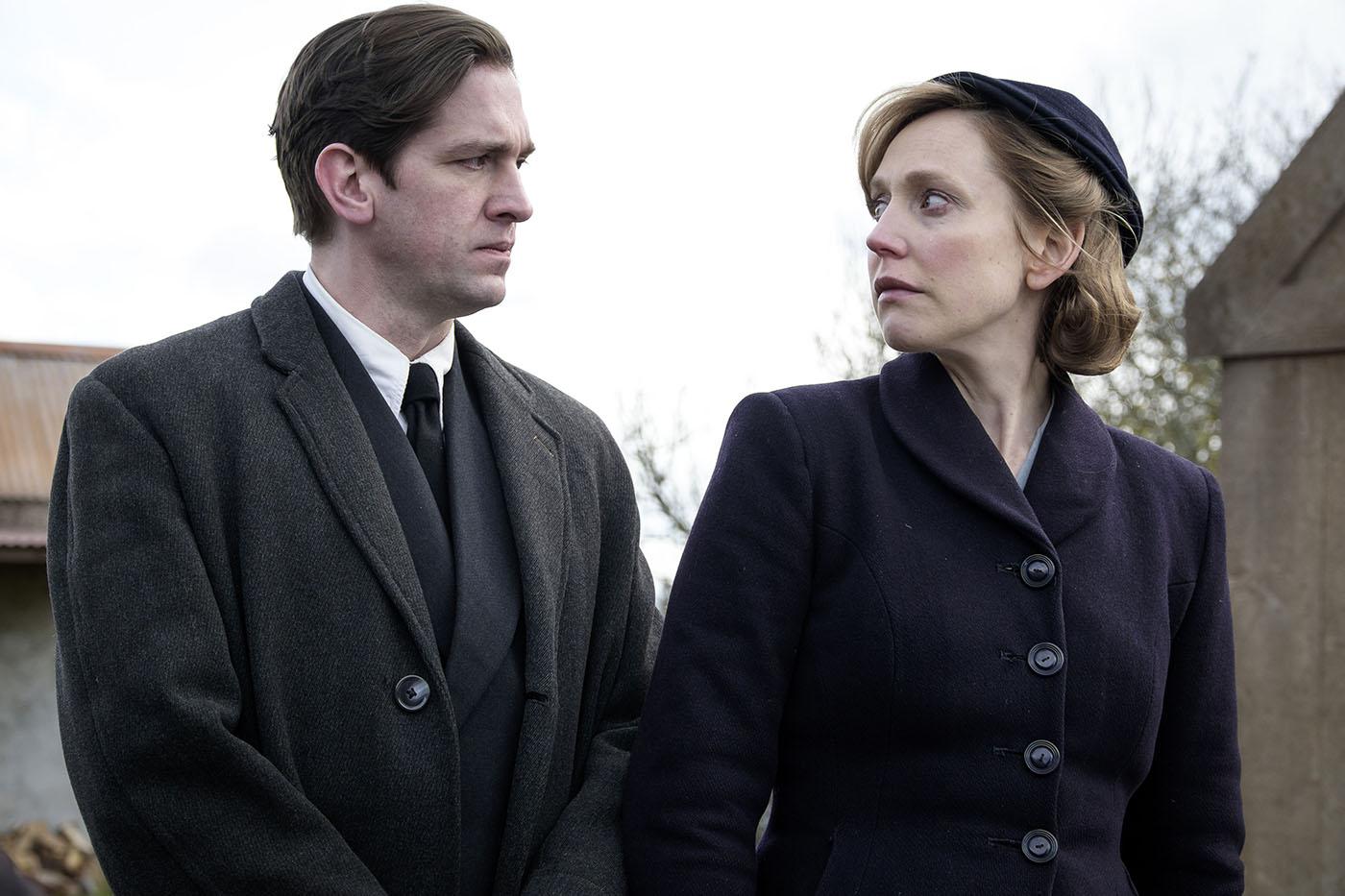 The distrust in the Coynes marriage deepens, and a tragedy strikes Moybeg. Photo: Steffan Hill/BBC 2016 for MASTERPIECE

My Mother and Other Strangers airs Sundays at 7:00 pm. You can stream previous episodes. Read our recaps of the preceding and following episodes.

“What it tells us is there’s a price to be paid for everything taken from its rightful owner,” Michael tells Francis, explaining the moral of a dramatic poem about a vengeful curse. It’s a message that the Coyne patriarch himself believes in, although he fails to take it to heart until certain events convince him of the existence of divine retribution.

It begins with a plague. Maisie Quinn is ill, with what Doctor Black believes may be highly contagious scarlet fever. She’s not sick enough to be admitted to the hospital, however, and the Quinns can’t afford to pay Doctor Black for daily visits. Ever the problem-solver, Rose applies to Captain Dreyfuss for help: there must be a nurse at the airbase who can be spared. Of course, such a gesture of good will would also improve the Americans’ standing in Moybeg, she slyly adds. As always, Rose’s appeal is successful, and Nurse Tillie is soon visiting Maisie in the Quinn cottage (but not before gossiping with Rose about Dreyfuss’s handsome looks). 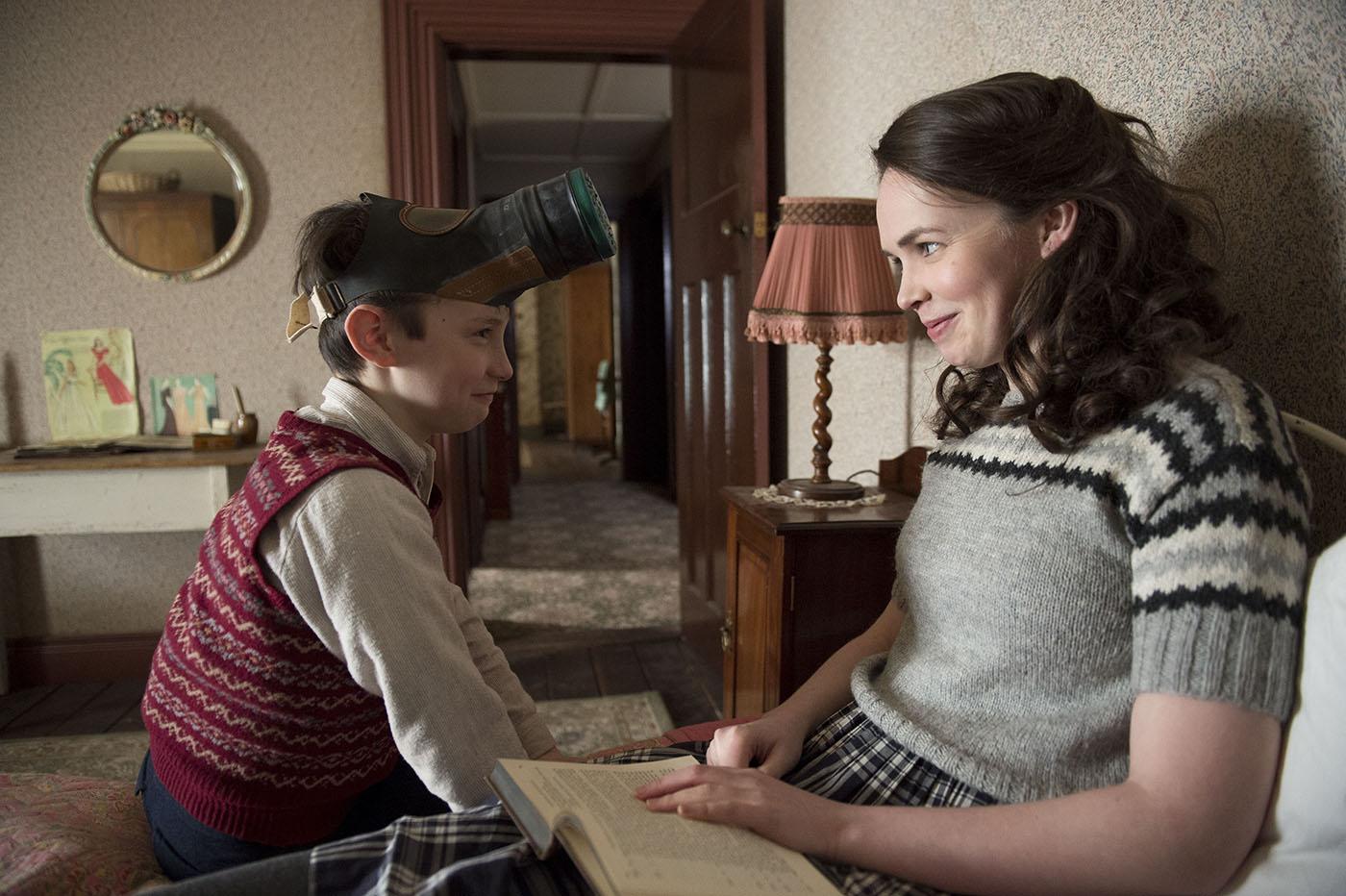 Francis's exciting trips to the dump soon make him guilty and afraid. Photo: Steffan Hill/BBC 2016 for MASTERPIECE Rumor has it that Maisie picked up her fever at the dump. When Francis hears this, he immediately rushes home to disinfect a prized toy plane that he found while at the dump with Seamie, which he brought home even though Rose has prohibited him from going there. He receives a further fright when American officers come to the Coyne property to search for some white paint stolen from their base – one of the officers chased Francis and Seamie off the dump earlier, but he luckily doesn’t recognize the boy. The officers don’t find anything, but soon after, American jeeps return to Moybeg to bring Maisie to the airbase hospital.

As Maisie leaves under the watchful eye of her brother Barney and Nurse Tillie, a man approaches Rose. He tries to sell her black market cigarettes, having been sent by a profiteer who has done business with Michael. Furious, Rose confronts her husband about this unsavory business and begins to suspect him in the disappearance of the paint as well.

This increasing distrust of her husband leaves her frazzled and emotional that night while Michael tends the nearly empty pub. Despite the late hour, Captain Dreyfuss drops by on the pretense of letting Rose know that Maisie has been brought to the airbase hospital. But his halting attempts at more intimate conversation betray other reasons for his visit. When Rose breaks out in sobs as she alludes to her domestic difficulties, Dreyfuss hesitantly places a comforting hand on her shoulder.  And then he leaves. 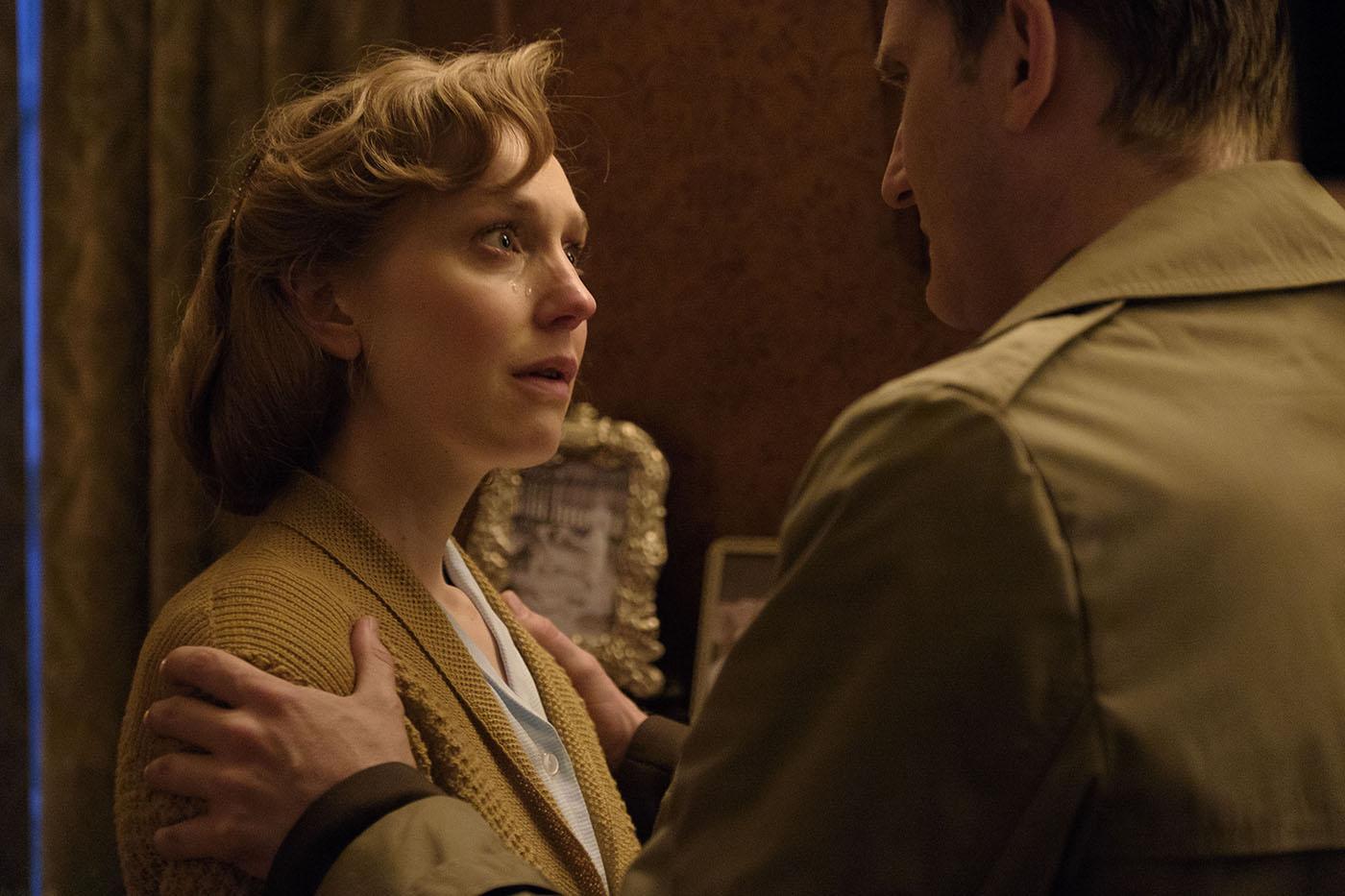 Rose and Captain Dreyfuss are slowly becoming more intimate. Photo: Steffan Hill/BBC 2016 for MASTERPIECE The next day, the youngest Coyne, Katie, vomits. The fever has reached her. Unlike Maisie, she is rushed to the hospital as soon as Doctor Black examines her. Retribution has arrived – at least that’s what both boys of the Coyne family believe. Francis fears that the plane from the dump gave Katie the illness, while Michael views it as karma for his black market dealings. Neither is justified – Katie and Maisie got the fever from a girl who traveled through Moybeg with an actors’ troupe – but Michael sinks even further in Rose’s eyes when Francis discovers the tins of stolen paint hidden in a ditch on their property.

While Francis and Michael grapple with their guilt, Captain Dreyfuss proves his goodness by gifting the Coynes with petrol so that they have enough fuel to visit Katie at the hospital. The death of Maisie at the airbase pushes Michael over the edge, and he promises to abandon any profiteering. (Rose also promises to end her secretive behavior – her burgeoning affection for Dreyfuss – but Michael has no idea what she’s talking about.) Michael even confesses to a priest, who shows an unusual amount of interest in the specifics of the paint.

Why? The church needs some touching up. Justifying himself theologically, the priest asks Michael to donate the paint. But when the two arrive at the hiding spot, the tins are gone. Francis and Rose left them at the fence of the airbase, returning them to their owners.

Francis makes his own confession, telling Rose that it’s his fault that Katie got sick. But Rose forgives him and explains the real cause. She herself then symbolically repents, throwing Dreyfuss’s button into the fire. And with everyone’s penance done, Kate gets better.