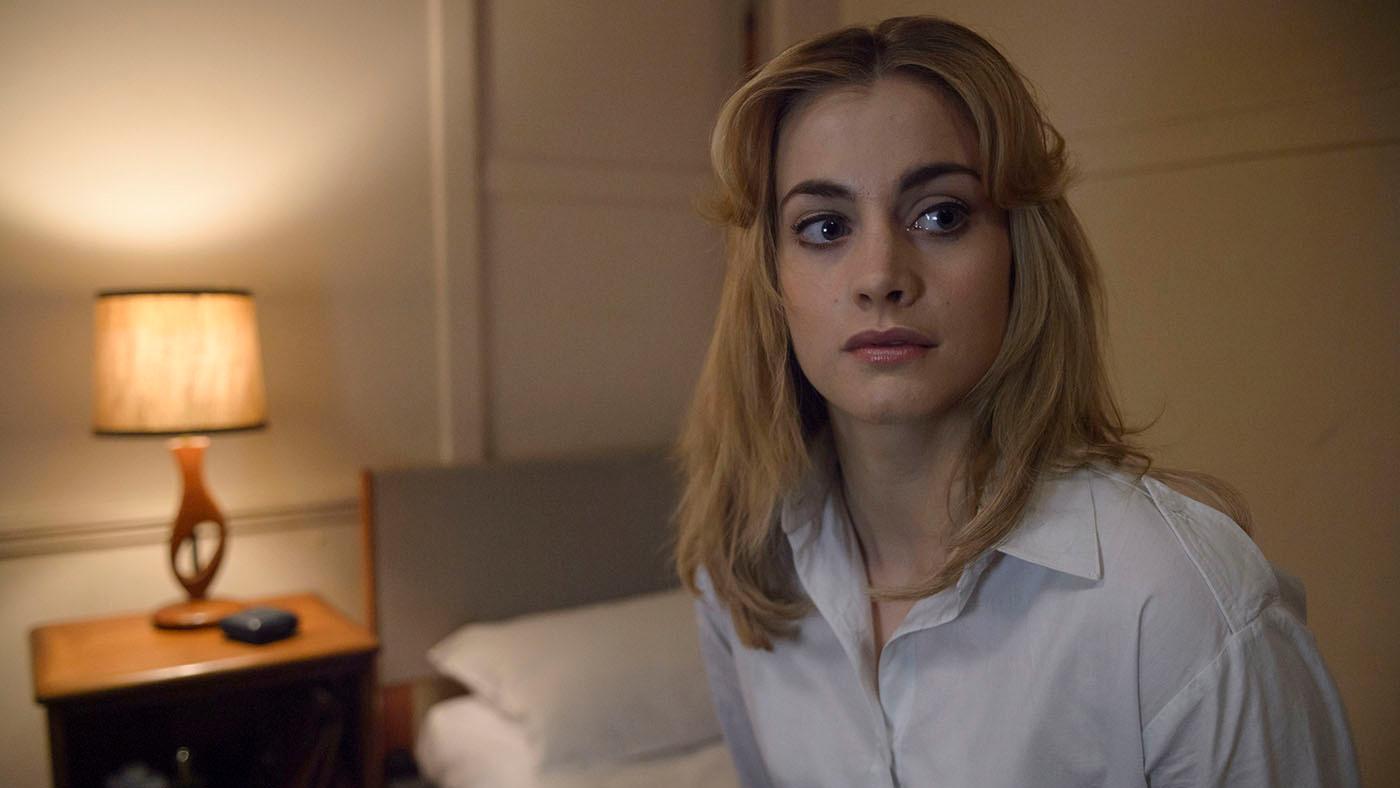 The final section of Prime Suspect: Tennison airs Sunday, July 9 at 9:00 pm. Previous episodes are free to stream for two weeks. Read our recaps of parts one and three.

Clifford Bentley is free. Now he can take the money and run, once the robbery scheme begun by his sons succeeds. Except there are numerous potential obstacles: John’s ex-girlfriend will want a share; DI Bradfield is a sworn enemy of Clifford, who killed a fresh police recruit but was never charged; David is a distractible drug addict somehow connected to Julie Ann Collins.

For now, the prime suspect in Julie Ann’s murder is her father. Bradfield and Tennison slowly draw a pathetic story from George that explains his daughter’s bruises. Despite his claim that Julie Ann had been absent for a year, George picked her up from rehab. She asked him to lock her in her room so that she could stay clean, but she had stashed a needle and drugs in her bag. He heard a commotion and opened the door to a high daughter. She dashed downstairs and snatched the money he had just withdrawn for payroll. Made desperate by her manic state, he beat her with a close-at-hand golf club before she fled. After Julie Ann’s death, her boyfriend Eddie used the assault to blackmail George for money to pay off someone named Oz. 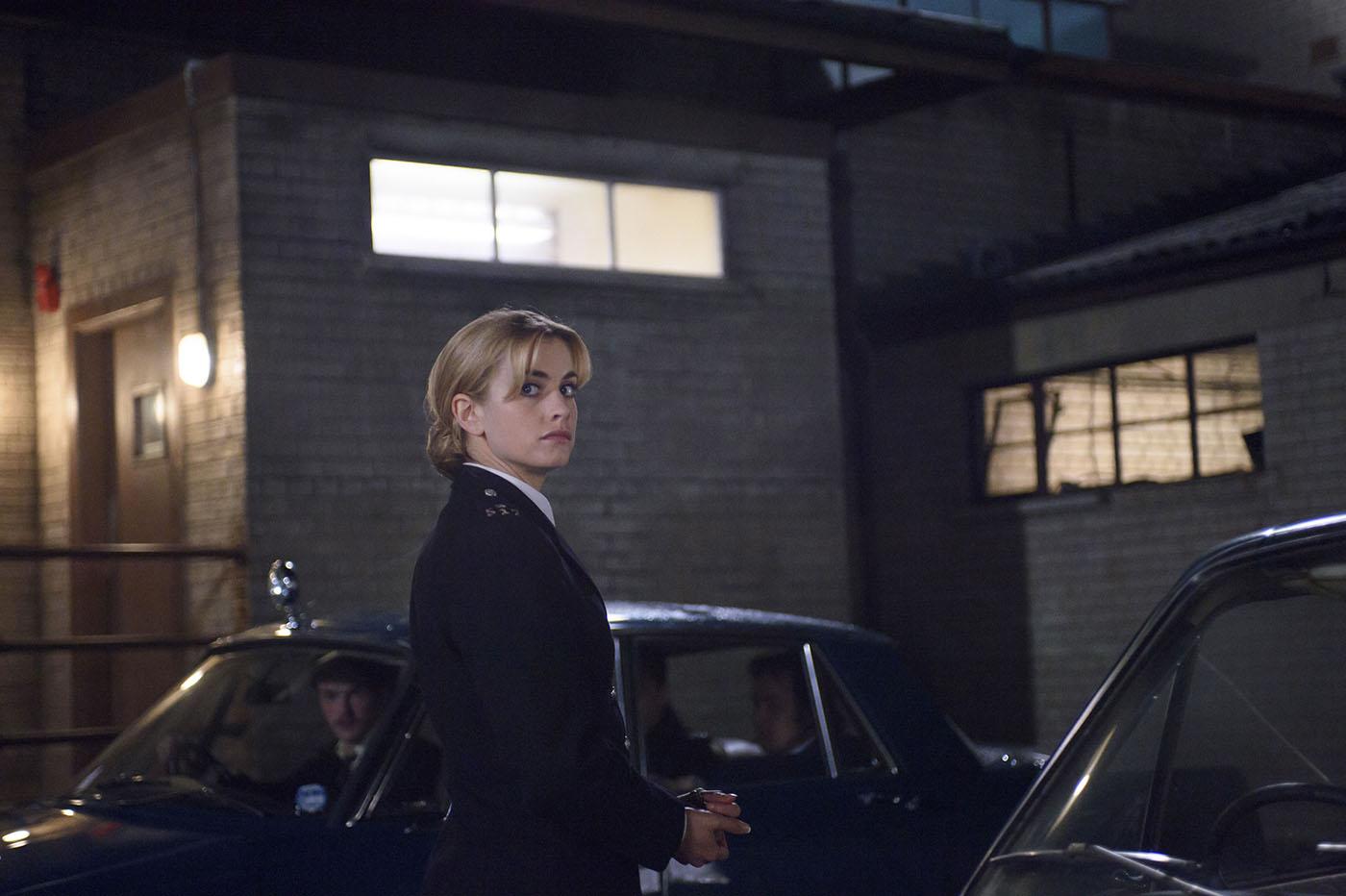 Photo: ITV Studios and NoHo Film & Television But there’s a hole in this story. The only fingerprints on the golf club are from Mary, George’s wife. Replace George with Mary in the account and you have the truth. But Mary didn’t kill her daughter, so what happened after Julie Ann stole her father’s money? Her bag, which Mary kept, provides a lead: a note to “CALL TOD,” with a phone number. The name is familiar to the police: Eddie’s associate Dwayne Clark sold drugs to TOD the day Julie Ann died, according to the transaction book the detectives found in his car when they arrested him.

Tennison suggests that TOD may stand for Teresa O’Duncie, the chatterbox rehab receptionist who befriended Julie Ann. After some threat-filled convincing from Bradfield, Teresa admits that the number was for her brother, Terence, a dealer otherwise known as Oz. Teresa, herself a recovered addict, wanted to help Julie Ann and Eddie by providing them high-quality drugs instead of whatever dangerous thing they might find somewhere else. (Oz is popular – David Bentley is also a client.)

The police raid Oz’s building and find him in bed with a girl. As he pulls on his pants, he tries to bribe Bradfield and Gibbs, who flies into a rage and headbutts the dealer. Bradfield pulls Gibbs off as he pummels Oz – and Tennison witnesses it all. 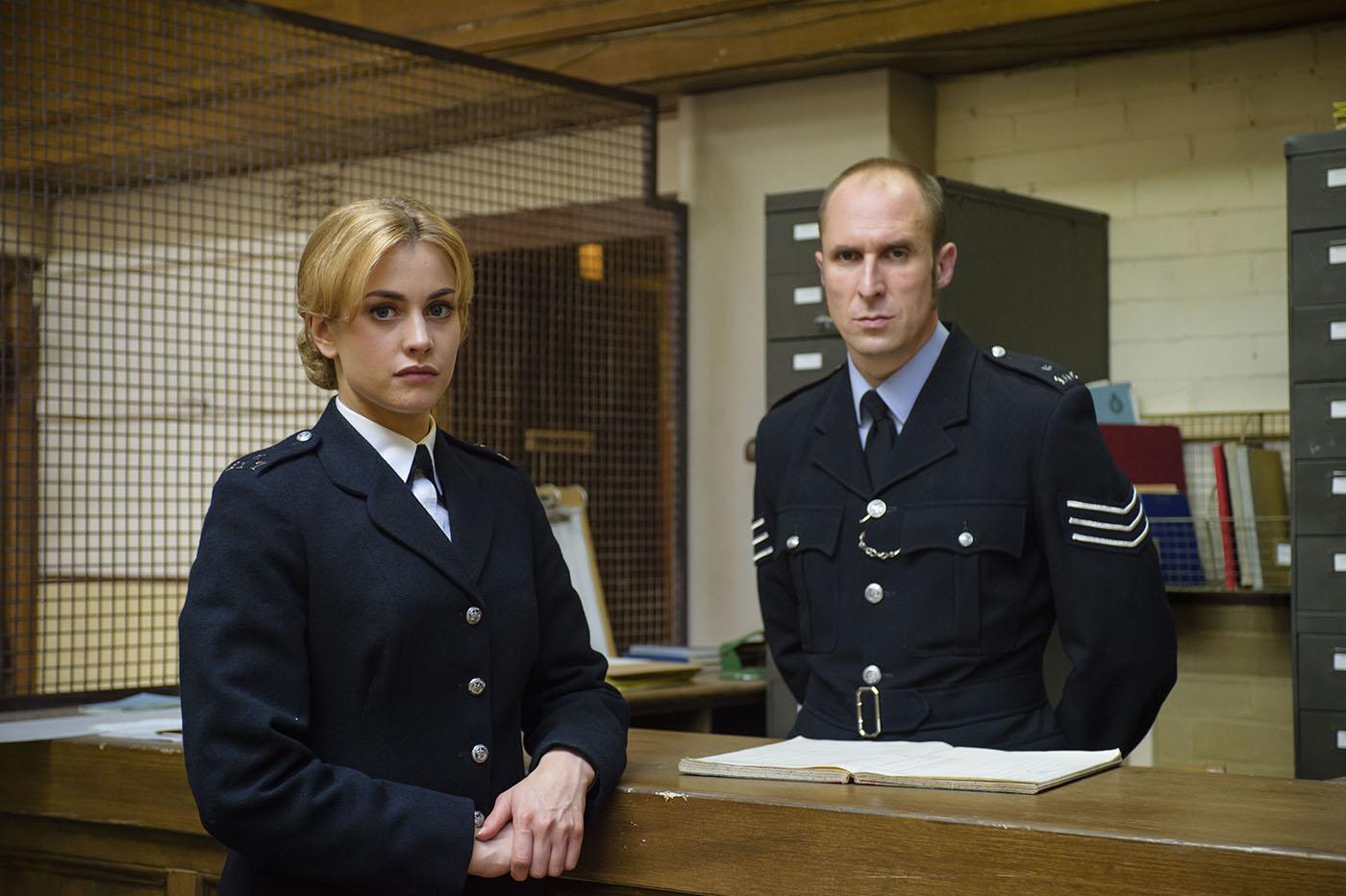 Photo: ITV Studios and NoHo Film & Television At the station, Oz and his lawyer use the beating – corroborated by the girl, who goes by Flowers – to stonewall any interrogation. Yet Oz is the prime suspect, especially since Eddie, who owed him a debt, has been found dead in a canal, and the serial numbers of banknotes from Oz’s house match those of the money withdrawn from the bank by George Collins and given to Eddie. An investigation into Gibbs’s conduct is opened. Tennison is to be interviewed.

Gibbs and the sergeant pressure Tennison to lie, but Bradfield’s advice carries the most weight. The station is abuzz with rumors about Tennison and Bradfield, which Bradfield initially attempts to dispel by offering to transfer her. However, he soon recants and confides that the last thing he wants is for her to leave. The interest is mutual: Tennison hints to her sister that she is seeing someone. When Bradfield visits her at home to encourage her to protect Gibbs, leaving her with a kiss on the cheek, Tennison’s mother listens in and confronts her daughter. This moralistic surveillance impels Tennison to move out and take up residence in police housing.

Trying to get Flowers’s testimony about Gibbs straight, Tennison visits the girl and finds her frightened and in withdrawal. Shivering, Flowers confesses that Eddie visited Oz, who was upset that Eddie had talked to the police. Rather than scold Eddie, however, Oz gave him a free hit – an unheard of act of generosity. But it wasn’t a gift. Eddie’s autopsy revealed strychnine as the cause of death. Oz poisoned Eddie. 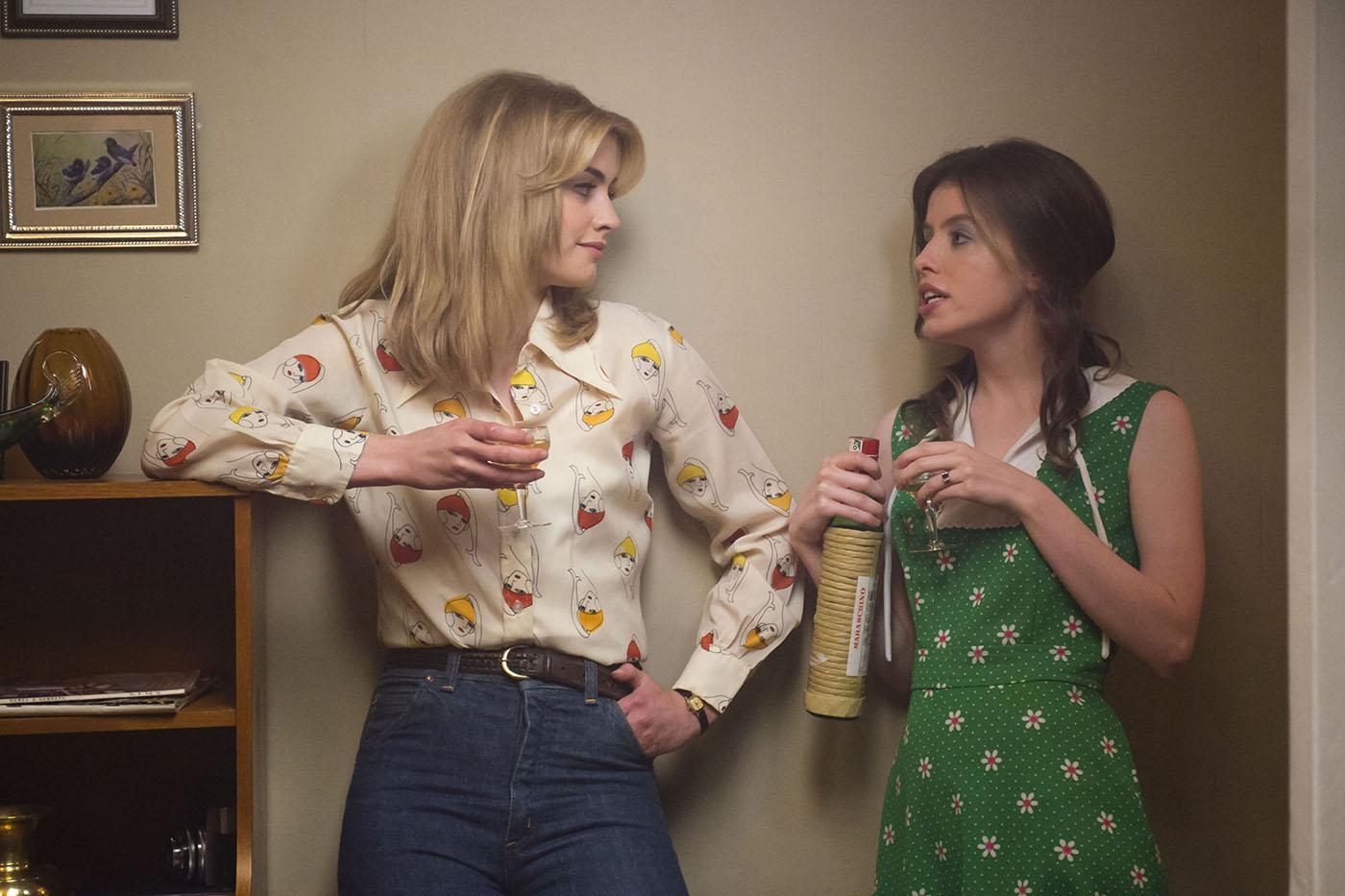 Photo: ITV Studios and NoHo Film & Television The only thing preventing charges against Oz is the lingering investigation of Gibbs. After some hesitation, Tennison dispels that by lying. The police celebrate solving the murders of Julie Ann and Eddie. Bradfield comes to Tennison’s new apartment to thank her for shielding Gibbs. The couple sheds their inhibition and sleeps together.

The Bentleys are less fortunate. While they are nearly ready to carry out the heist, the owner of the café they are using as a staging ground is getting jumpy. Worse, neighbors have filed noise complaints about the late-night drilling, bringing a police officer to the café. He leaves after seeing permits, but his presence reveals David’s untrustworthiness as a lookout – he keeps abandoning his post to get high.

David decides to go clean, checking himself into rehab. Coincidentally, Tennison is also at the hospital, visiting Flowers. John prevents David from signing in and drags him home, but not before Tennison recognizes his voice. A snoopy neighbor recorded the Bentleys’ radio chatter about the policeman the previous night and reported it to Tennison, but higher-ups dismissed it as nothing. Leaving rehab, Tennison points the Bentleys out to the sergeant, who recognizes them as Clifford’s sons. Looks like the Bentleys will be receiving some extra attention – so it’s a terrible time for David to lose Julie Ann’s bracelet under a drawer in the Bentley’s shed. But there it is, glinting in the darkness, waiting to be found.