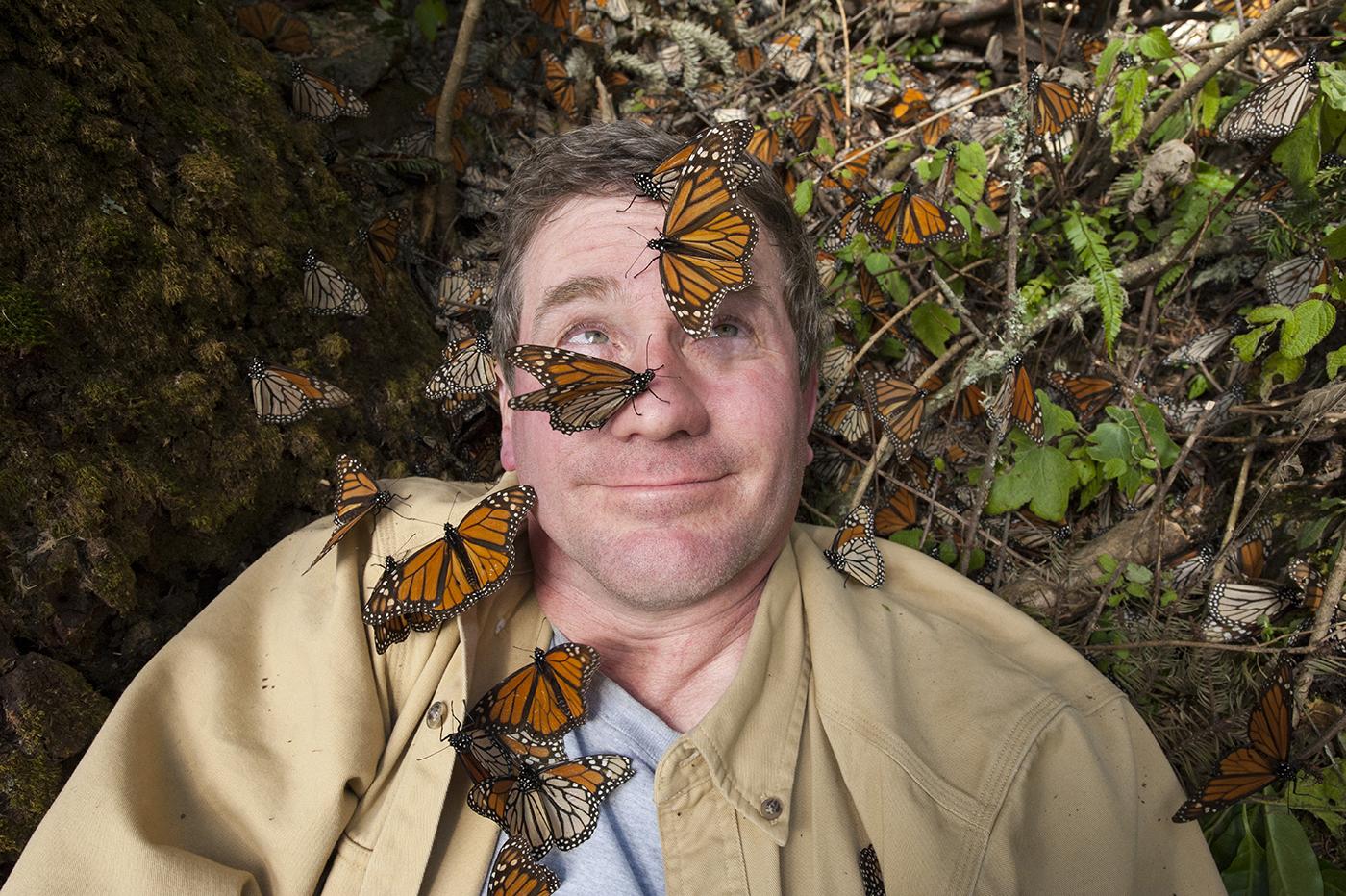 RARE – Creatures of the Photo Ark is available to stream by Passport members.

Joel Sartore is a National Geographic contributor and creator of the Photo Ark, a 25-year project to photograph every animal species in human care, from crickets to condors, iguanas to ibexes. He started the Photo Ark in 2005, when he began taking pictures of animals at the Lincoln Children’s Zoo after he stopped his career as a globe-trotting nature photographer to return home to Nebraska in order to care for his wife, who had been diagnosed with breast cancer. Since then, he has captured images of 6,531 species, and counting. He wants to reach around 12,000. We talked to him about conservation and the role of the Photo Ark and zoos in saving the planet, before the three-part series RARE – Creatures of the Photo Ark.

What role can photography play in conservation?

“I think that it creates awareness, because people aren’t going to save what they’ve never even met. They’ve got to fall in love with it. That’s really the primary role of the Photo Ark: making people aware of what’s going on, and that there’s a lot of nature that’s still worth saving. The Photo Ark’s an introduction, basically, to all these other creatures we share the planet with, great and small. I’m also excited about the potential to get people to start thinking about how we spend our money, eliminating chemical use on our lawn, using sustainable energy – these are all the things that really get me going, and one of the reasons that I love being alive and working on these issues.”

“I’ve always cared about conservation and extinction. I worried about extinction since I was a little kid, believe it or not, because my mother gave me a book on birds that showed several birds that were extinct, like the passenger pigeon. But for me as a Geographic photographer, my epiphany came when I was walking the beaches of Galveston, Texas with my wife. We walked about a hundred yards on this beach, barefoot, and the bottoms of our feet turned black from all the oil that had washed up on shore from spills. We saw lots of trash, including medical waste – blood bags and IV bags and hypodermic syringes – and then we came across a dead dolphin entangled in rope. And it made me think, ‘Wow, are we not doing things right. There’s a lot of work to be done.’ So that really got me thinking about the things I’d been taught, that maybe some of the people that hadn’t been telling me the truth in terms of the shape of the environment. And it made me realize that photographs could be used to educate people. I don’t want to tell people what to think, but I do want to get them to think. These problems affect all of us, they really do.”

How do you go about photographing animals for the Photo Ark?

“We work with the zoos a long time in advance. We get a list of what they have in their care, we look it over, and we determine what we need. And they say, ‘We can do two of those birds, the other two are too stressed so we can’t get them into a kennel.’ I show up a few weeks later. They will often prep an off-exhibit space for large animals with black or white background, so the animal is used to it. On the day of the shoot, the animal just thinks they’re coming in to get lunch. For smaller animals like birds, we’ll transfer them from the zoo’s kennel into a small cloth shooting tent, where the animal just sees the front of my lens. It just takes a couple minutes, and then the animal returns to their enclosure and that’s it. Most of the shoots are quiet and stress-free.” 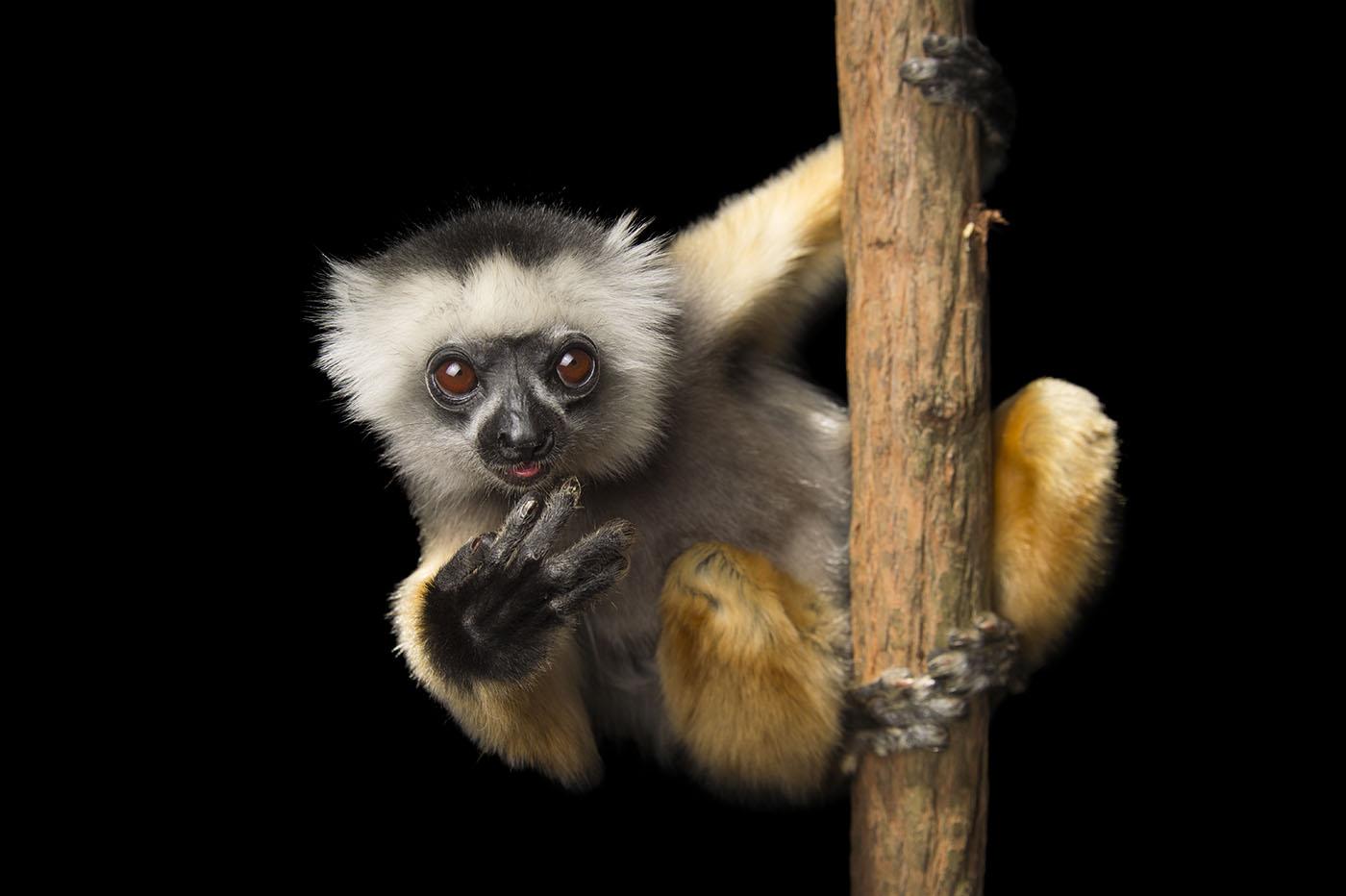 A critically endangered Diademed sifaka (Propithecus diadema) at Lemuria Land in Madagascar. Photo: © 2016 Joel Sartore Photography Inc. Do you have a favorite animal you’ve photographed for the Ark?

“My favorite is the next one. They’re all kind of like my children. But I like the small ones more than anything, because they really never have their pictures taken well. So I’m excited to photograph things that are small and brown, believe it or not. What can we do to celebrate insects? To celebrate fish, or things that don’t even have eyes, like freshwater mussels. They’re all equally worthy in my eyes, and that’s the reason we use the black and white backgrounds, because it’s a great equalizer. It makes a mouse every bit as big and important as an elephant.”

Why do you include common species as well as rare ones in the Ark?

“We don’t really know what’s going to be rare in a hundred years. The real goal is to get people moved about the extinction crisis now and to save species while there’s still time. But beyond that, the Photo Ark literally is the largest archive of its kind, and it hopefully will be cared for hundreds of years from now. We want to basically create a catalogue showing biodiversity at this point in earth’s history, and that means not excluding anything.”

What role do the institutions that care for the animals in the Photo Ark play in conservation?

“They’re literally the arks. Without zoos, aquariums, wildlife rehab centers, and private breeders, many of the animals that you see in the Photo Ark would be extinct by now. But these keep the animals going. A lot of these animals are from woods that no longer exist or come from places where people hunt and kill everything. So it’s important for people to remember that zoos literally are keeping the ark alive.

“Zoos also fund conservation work abroad, in the areas where those animals come from. They work with local villagers to educate people about the value of leaving wildlife alive, and they also restore habitats and provide money for anti-poaching patrols. The other thing that they do is educate the public, which is more and more urban all the time. Zoos are really the only place any more that people can go to see real live wild animals and keep people engaged and caring.

“If we get to the point where animals only exist as some sort of electronic notion on people’s smart phones, people are really not going to be moved to save what’s left of the world’s habitats. We have to have a healthy, functioning planet for us to exist. Food doesn’t just come from the grocery store. Water doesn’t just come out of the tap. These things come to us because our ecosystems, our earth still functions. We have to have pollinating species like birds and butterflies for us to eat a third of what we eat. If we lose the rainforests, we will not get enough rain in the areas where we grow crops, or we’ll get too much rain. The earth’s really pretty fragile when you think about the weight of all of us. It’s folly to think that we can drive half of all species to extinction and not affect humanity.” 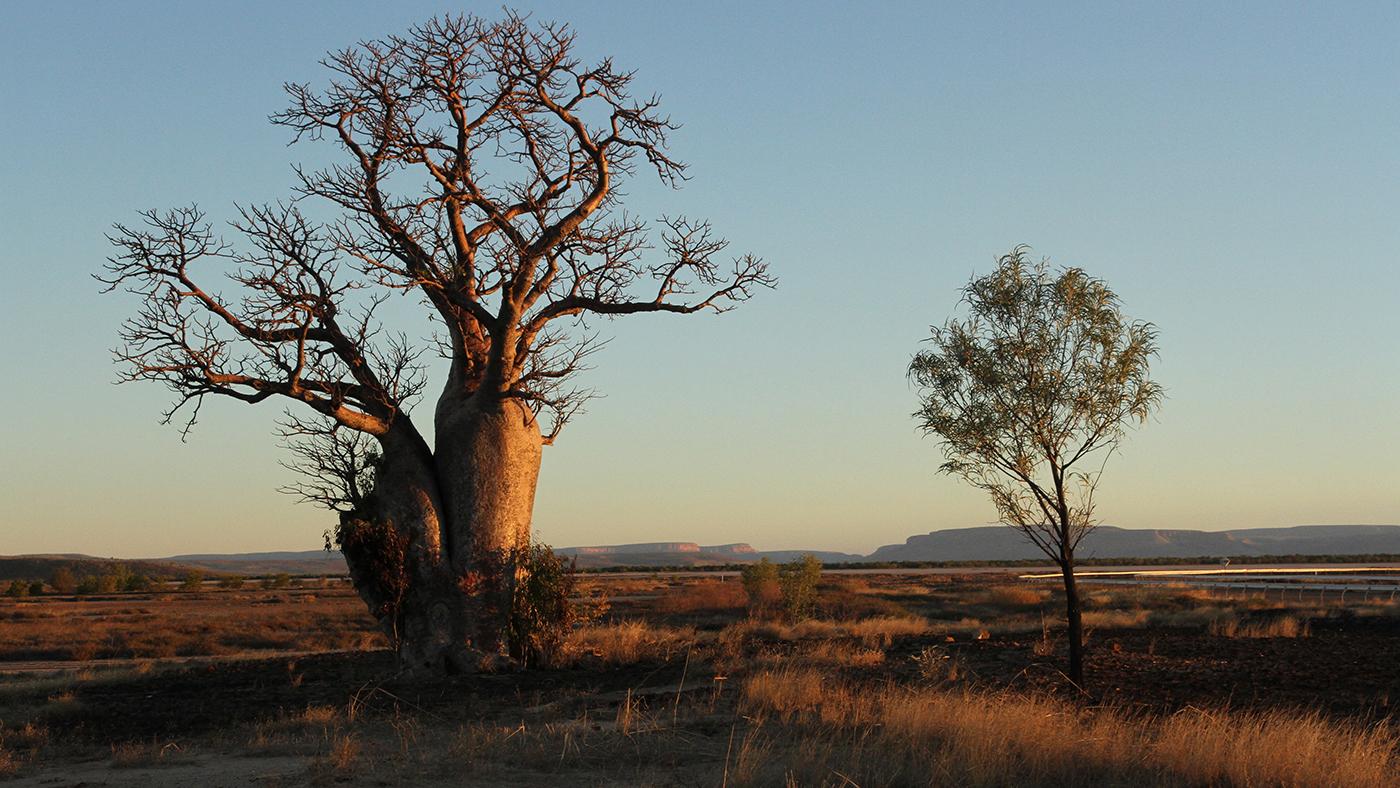 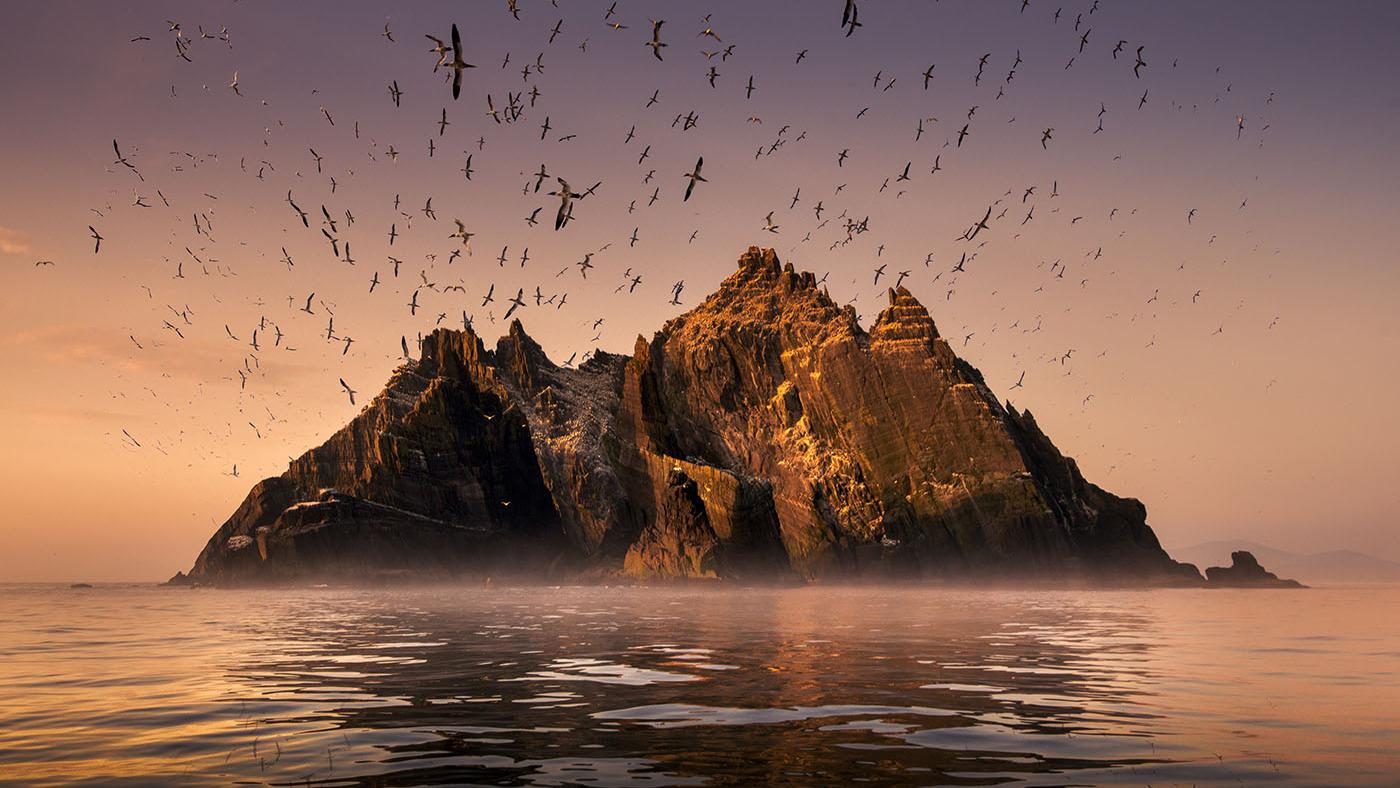 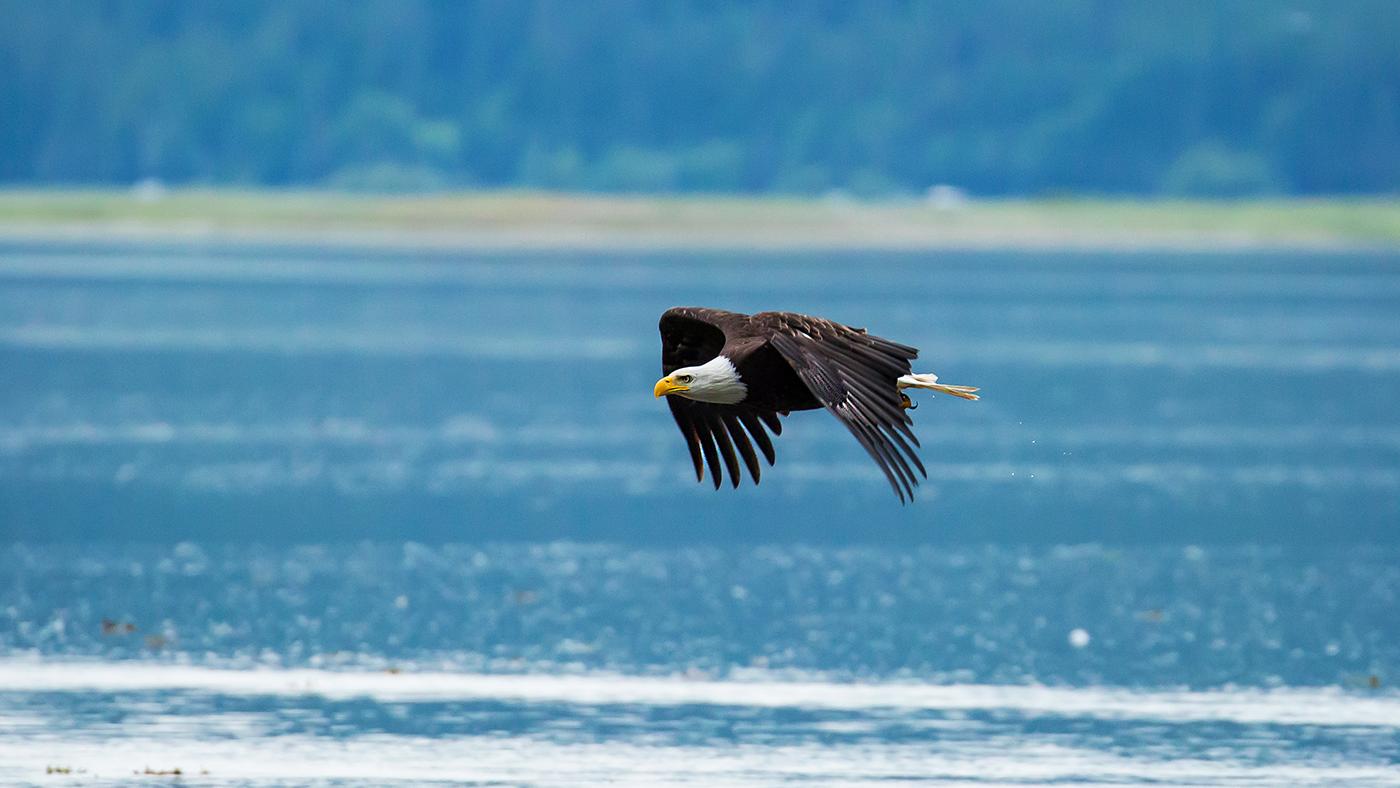 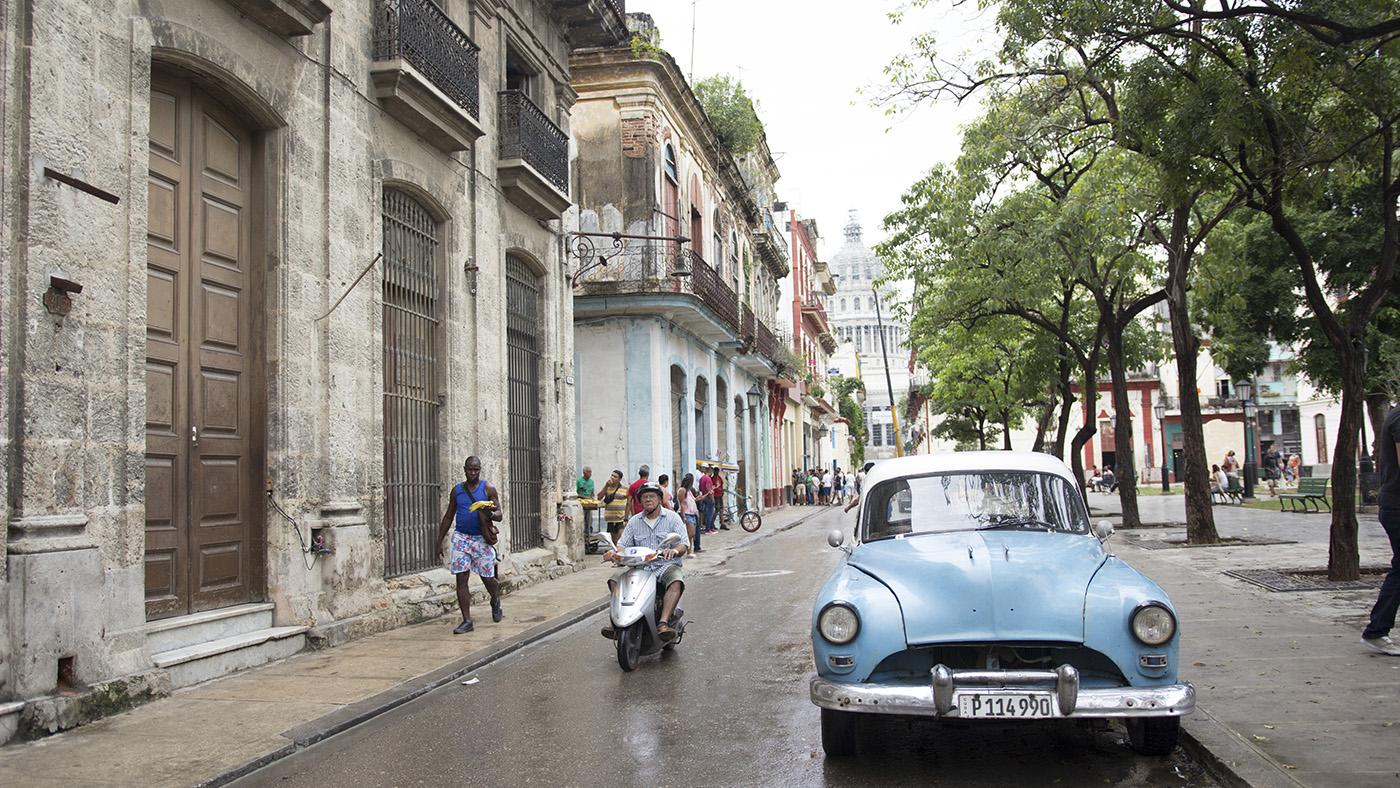 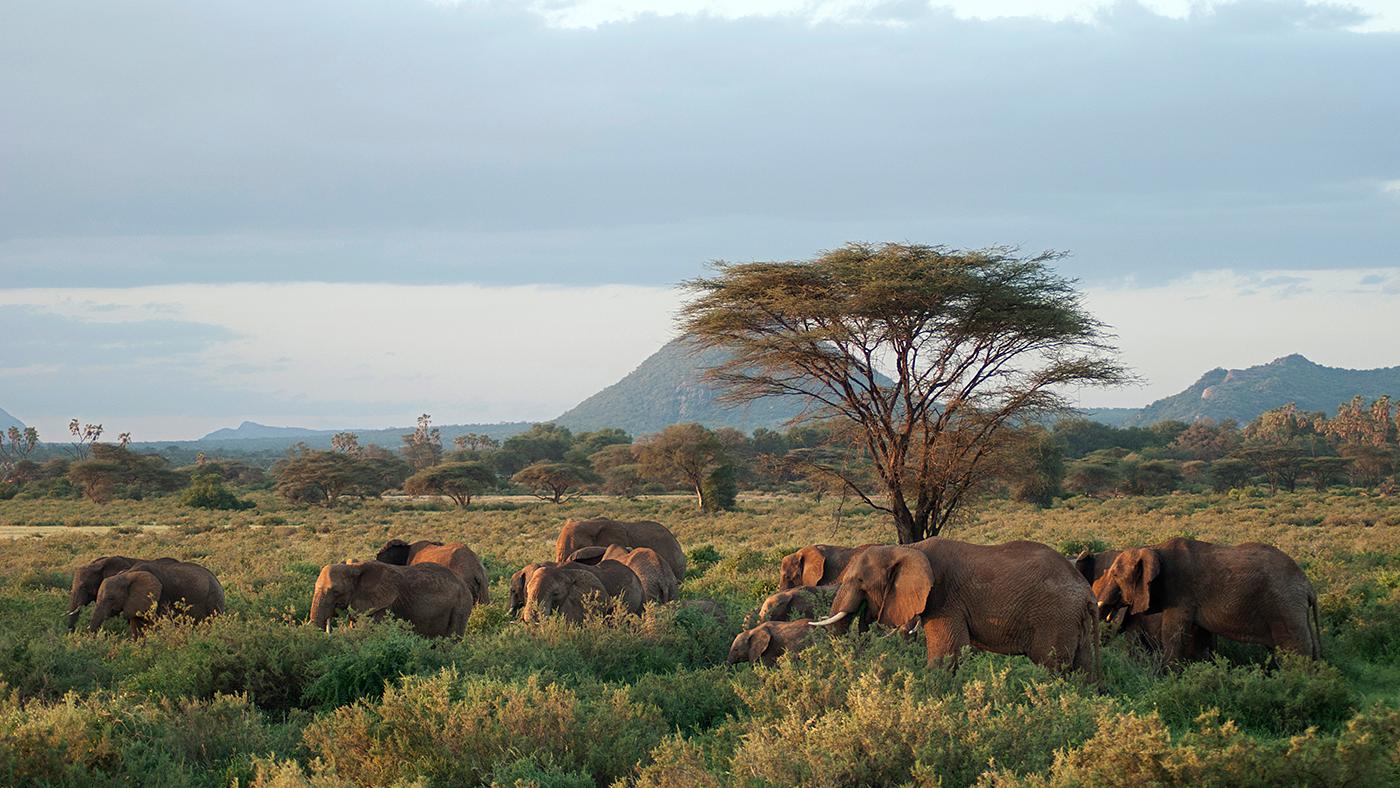 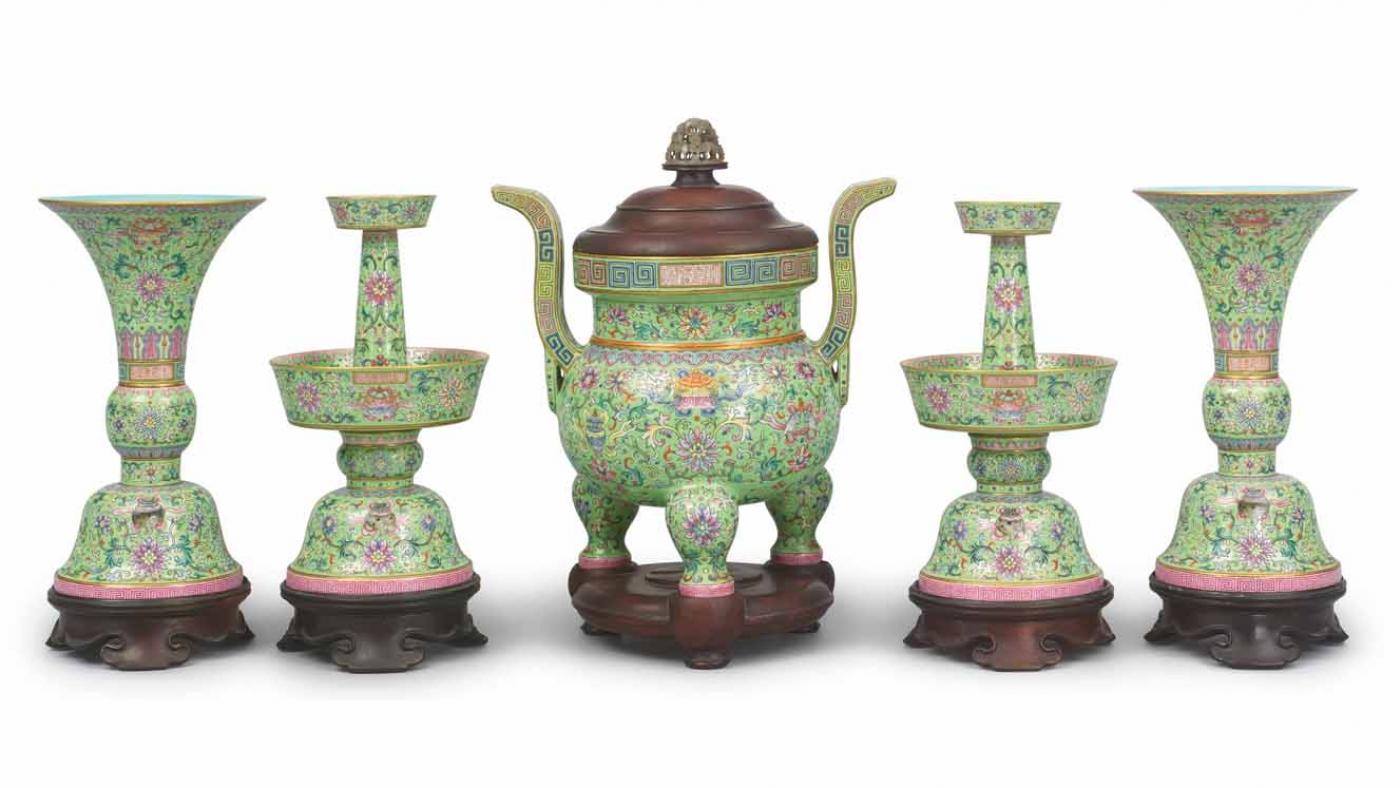