'My Mother and Other Strangers' Recap: Christmas Blues 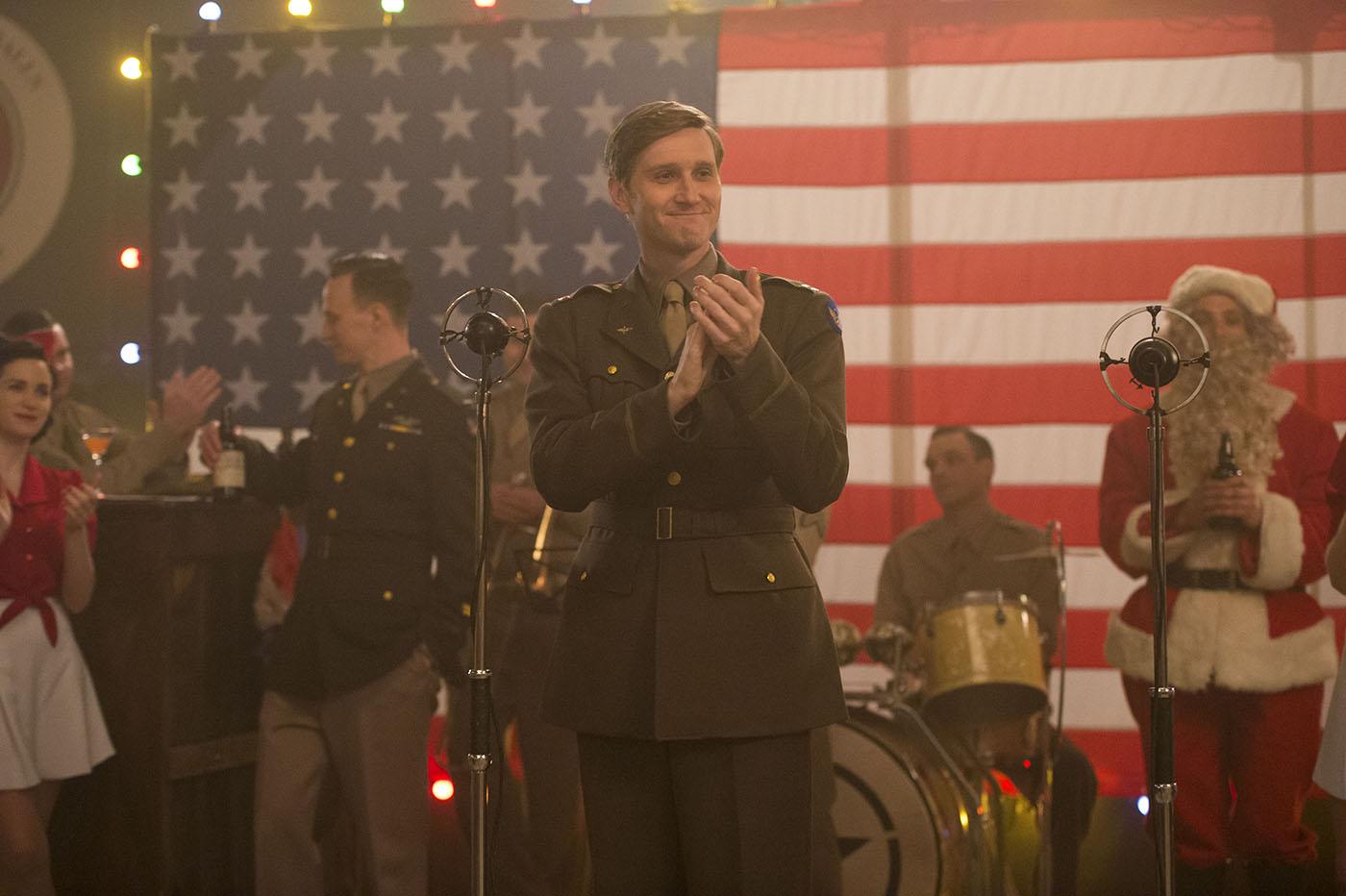 The Americans are throwing a Christmas party for the schoolchildren of Moybeg. Photo: Steffan Hill/BBC 2016 for MASTERPIECE

Stream episodes of My Mother and Other Strangers here. Recap the previous episode.

Christmas should be a time of joy, but the 1943 holidays in Moybeg are the setting for flared passions and drastic decisions. As the Americans prepare a party for the Irish schoolchildren, Michael and Rose are pushed deeper and deeper into emotional turmoil.

First, Michael receives a world-shaking letter. The pub’s liquor license is held in his cousin Vincent’s name, because when Michael’s family first opened the bar, the local priest didn’t want liquor connected to Michael’s mother, who was the town schoolteacher. Now, in a generous holiday spirit, Vincent wants Michael to buy the license so that Vincent can pay off his drinking and gambling debts.

Michael’s solicitor advises him to have his cousin over for a drink and appeal to his decency, for Michael doesn’t have the money. A plan is set for Vincent to visit while the rest of the family is at the American Christmas party. 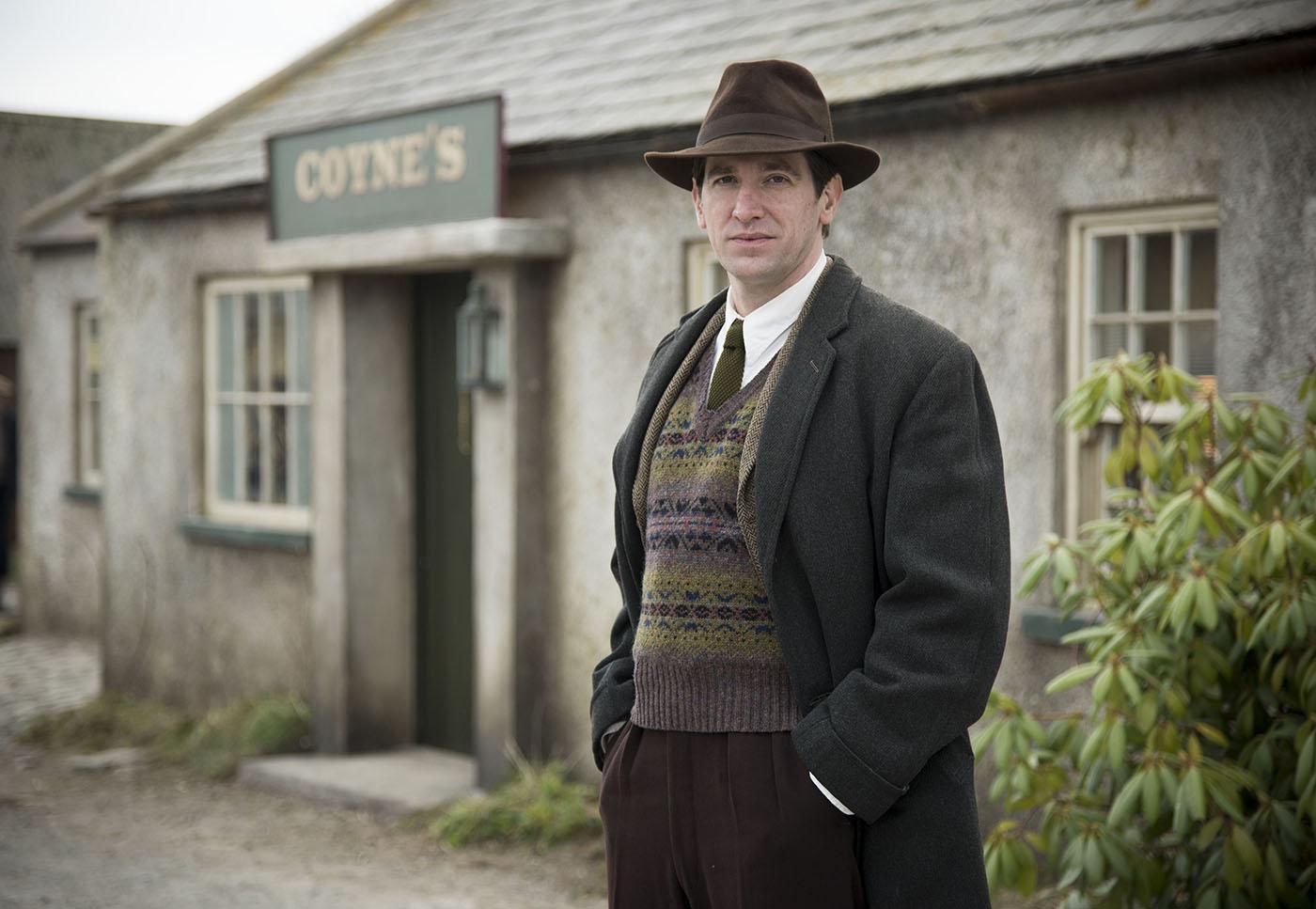 Michael receives a world-shaking letter. Photo: Steffan Hill/BBC 2016 for MASTERPIECE When Dreyfuss appears at the Coynes’ to discuss the final plans for that party, Rose icily shoos him away. She’s trying to put distance between herself and her former lover, though it pains her. Good thing, too: one reason Michael is so shaken by Vincent’s crude proposal is that family and trust are the things he values most.

Like her mother, Emma is shunning her boyfriend. A seed is planted when Barney complains to her about Andrew’s snobbishness. When Andrew calls Barney a “stupid bloody peasant” for bumping him with a ladder, Emma snaps and chastises him for his condescension before running away. As soon as she cools down, Emma regrets her outburst, but Rose commends her for standing up for Barney.

Thus the stage is set for a delightful holiday party: Michael must appease a selfish cousin, Rose has to be in close proximity to Dreyfuss for an evening, and Emma is sulking. More Moybegans are soon drawn into trouble. Seamie’s mother Kettie shows up at the party with a bruised face and asks Rose to take Seamie for the night: his father came home for Christmas, drunk and without a gift for his boy, and beat Kettie. Ned Hanlon’s frustration over the American occupation of Irish land has finally boiled over, leading him to sneak onto the base for the party, which is for schoolchildren and chaperons only. He’s thrown out after an indignant speech – but he does leave with some cake.

Rose angrily confronts Dreyfuss for leaving her a gift. He explains that he was on leave for some weeks; Rose has been giving him the cold shoulder because she thought he was avoiding her. Nurse Tillie was supposed to tell Rose that Dreyfuss was gone. But Tillie, feigning ignorance of the affair, is trying to save Rose and Dreyfuss from going too far. Intent on keeping the two separated, she interrupts a passionate conversation in which both lovers vow to end things. As she shepherds Dreyfuss away, he reveals that he took a leave to be with his wife, who had attempted suicide. Like Rose, he is searching from an escape from the difficulties of his marriage in an affair. 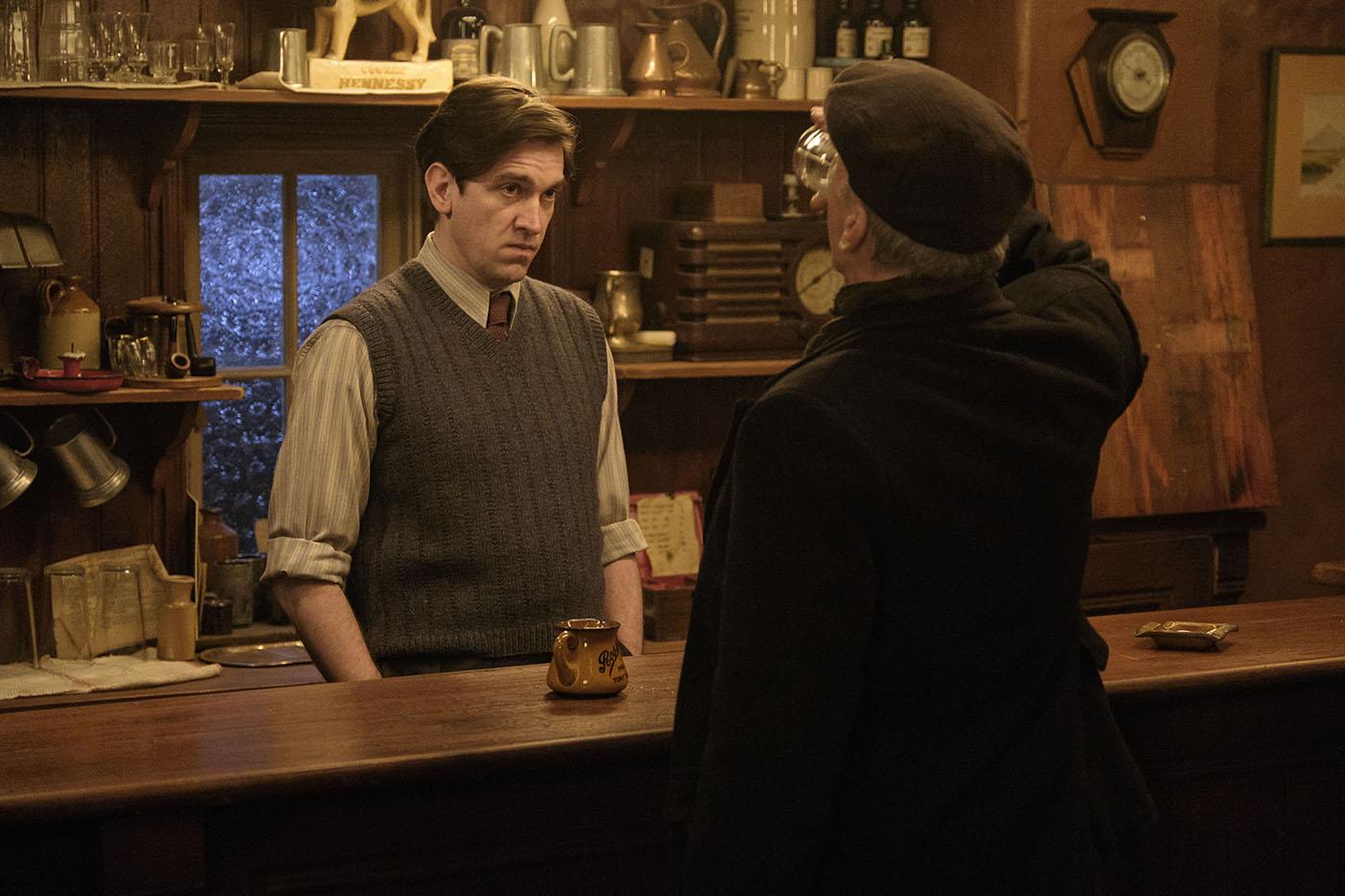 Fortified by drink, Michael makes a rash decision. Photo: Steffan Hill/BBC 2016 for MASTERPIECE Rose abandons the party early, leaving the kids in the charge of Emma. She returns home, devastated, to a waiting Michael. He gives her the engagement ring he bought to show her his love and appreciation; she experiences emotional whiplash and her nerves fray even further. As Emma arrives with the children, having caught a ride with Andrew after reconciling with him, Michael’s solicitor appears and Rose learns that Michael – fortified by drink – refused Vincent and turned him out into the wet and cold. Now Vincent is putting the license on the open market, and the Coynes’ livelihood is further endangered.

Overwhelmed and distraught, Rose rushes off into the night. She meets Dreyfuss on the road, his own regrets driving him towards her. She tells him he can’t stay in Moybeg anymore; he agrees. But then they kiss. She begs him to never leave her. Merry Christmas.