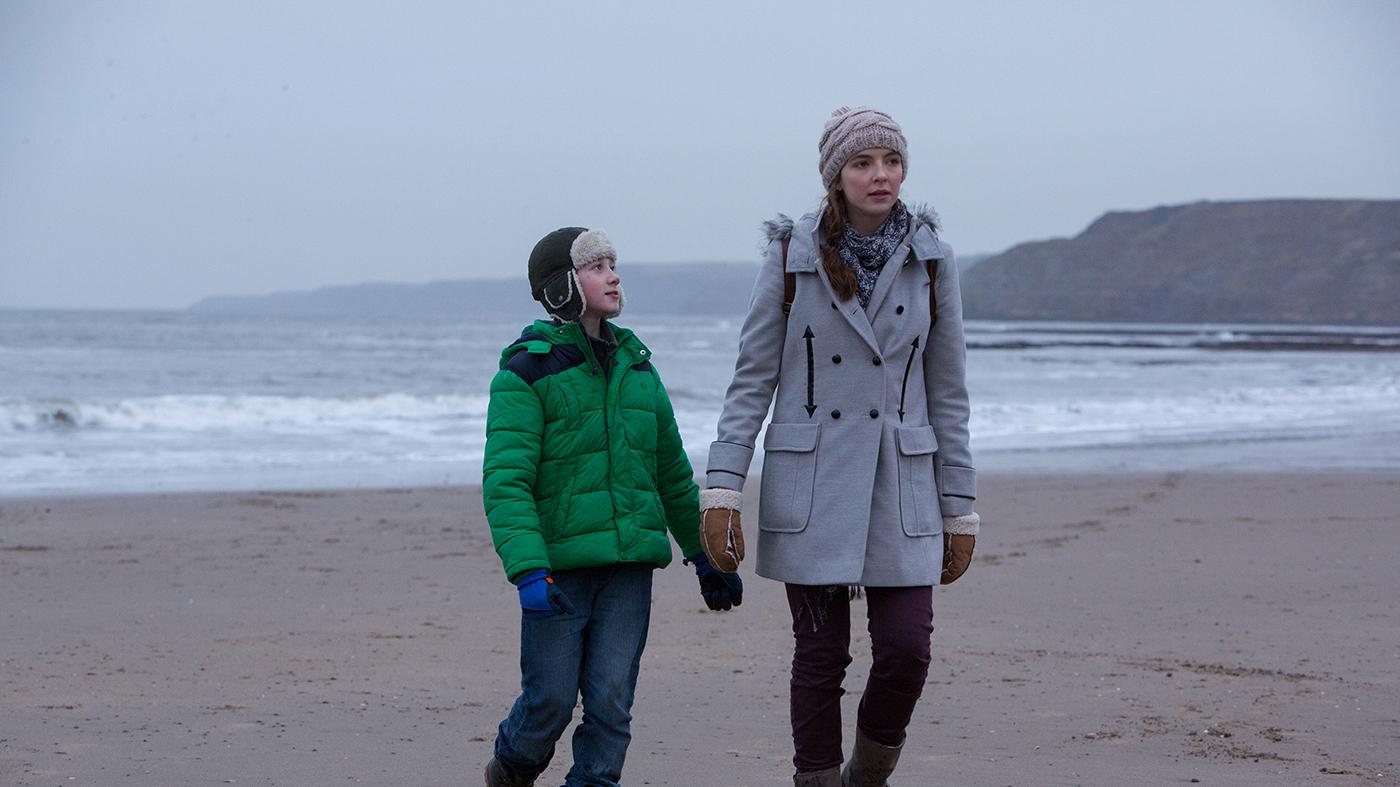 Nightmares continue to haunt Hannah. A black-and-white checkerboard flashes, then she’s sinking underwater as a boat floats past overhead. The vision of drowning has a real-life counterpart: the social worker who fell out of Tom’s window is found to have water in her lungs after an autopsy. This isn’t that unusual given that she had a heart attack; it’s unclear if that killed her, or the fall.

Before going to work, Hannah visits Tom at the hospital, only to find that he has disappeared, wearing his roommate’s clothes. Arriving at the nursing home, she finds Shirley, the nurse who was smoking outside when the social worker died. She’s nervous and afraid; the alert for Tom’s closed-off room has gone off throughout the night.

Hannah goes about her duties, walking outside with the resident who seemed to recognize Tom when he first came to the home. As Hannah wheels her back to her room, she blurts out, “He hain’t changed a bit,” and says nothing else. Hannah chalks it up to senility, then goes to investigate Tom’s room. A shell sits in the middle of a soaked patch of carpet. Suddenly the Indian woman from her nightmares is in the room, undulating threateningly under a dripping light fixture. Then the room is empty and normal. Hannah passes Rob the police officer as she leaves, scared, and tells him to look for Tom in Scarborough, given his obsession with the song “Scarborough Fair.” 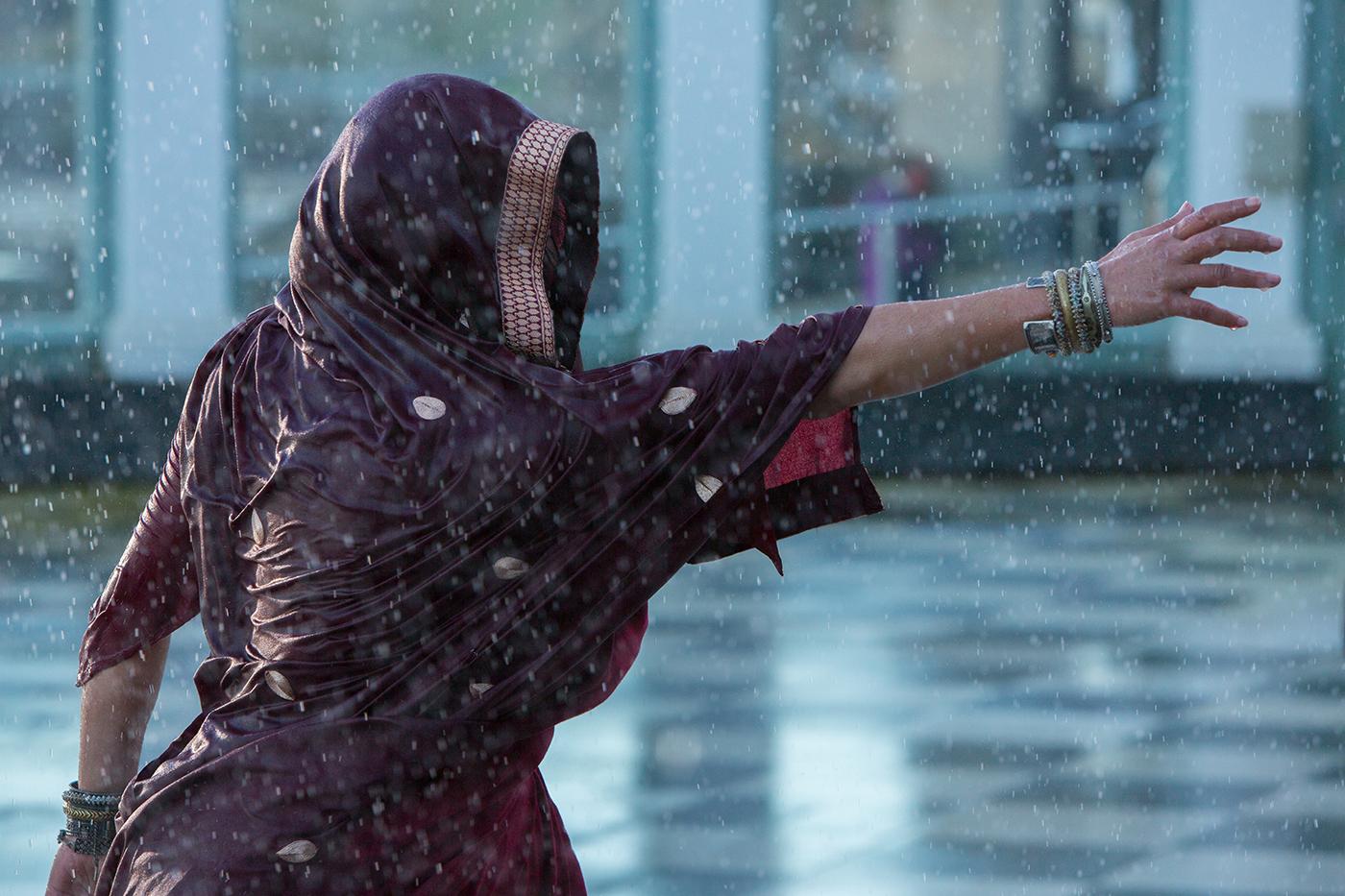 A woman is haunting Hannah's nightmares. Photo: ITV plc Unnerved by that obsession, Hannah asks Sean’s teacher – who’s apparently a friend – about the song. The lyrics list impossible tasks; perhaps Tom is searching for a version with an achievable ending. The teacher asks why Hannah didn’t take the university spot she was offered, and she answers that she needs to take care of her brother Sean, given her mother’s depression.

Rob visits Tom’s flat, entering in the company of Roshana, who has keys and also handled his bank account. The day before he staged his fall, Tom had her withdraw 5,000 pounds, cash. Roshana finds another shell in Tom’s flat, a twin to some she found in her washing machine. Rob grabs a folder of documents and the mysterious teddy bear photo, then continues upstairs. Following strange noises, he and Roshana enter the attic and discover a ball rolling around. The room is cobwebby, much less welcoming than when Akil and his brother were there. And the chest has disappeared.

Back in his office, Rob rifles through Tom’s documents and finds a death certificate from 1950 for a Dorothea Parfitt. Searching online, he finds a news article about her death – “Bride’s Tragic Fall” – with a wedding photo of her and Tom taken in Scarborough. They were on their honeymoon when she died. 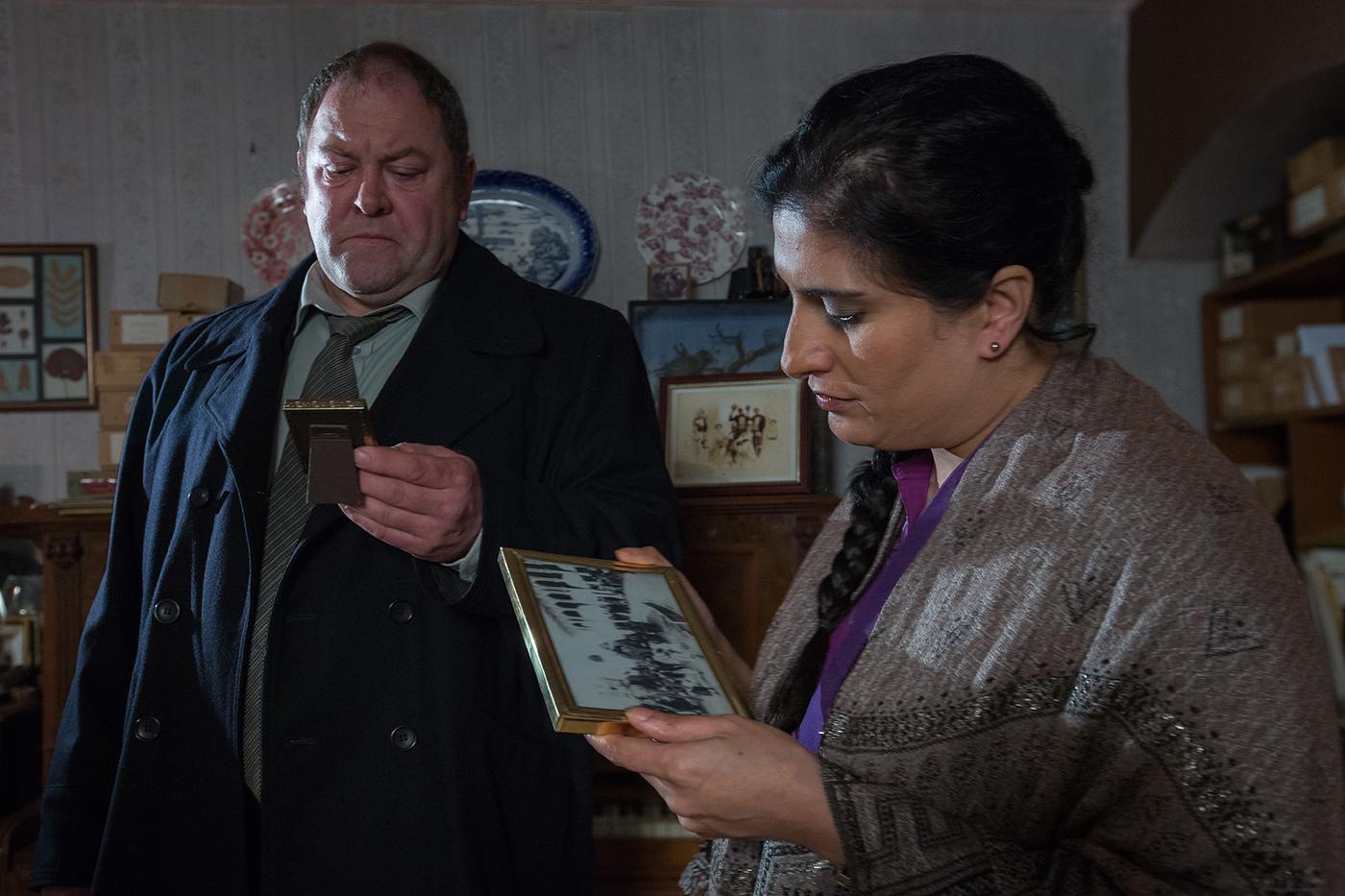 Rob begins to find clues to Tom's life from photographs and documents. Photo: ITV plc The eerie Indian woman continues to haunt Hannah. Hannah sees her on the bus as she goes to visit Shirley, and then she disappears. Shirley, still shaken up, admits that she also saw the woman, right before the social worker died. It looked like both she and the worker were trying to get out of the window. The faucet drips as Hannah leaves.

Back at home, Hannah’s mom snaps at her when Rob comes in. “I don’t want that sort around here again,” she says. Rob and Hannah retreat to another room, and he asks about the comment. Hannah’s father died in a car crash when she was 13; her mother associates police officers with the event that caused her interminable depression. Yet Hannah’s mother soon reappears in a sleek dress and flirts with Rob, offering him supper. Rob demurs; he has to interview Shirley. He brings Hannah with him.

Shirley tells Rob about the Indian woman, then warns him to protect Hannah and not to look for Tom. She thinks the woman is a ghost. She might be right. After Rob and Hannah leave, the faucet pours water and the lights flicker out.

Hannah comes home to her mom baking cupcakes, apparently spurred into better behavior by her interest in Rob. Actually, Rob could use the company. His divorced wife is getting remarried, and the only close confidant he has is his daughter, who lives far away. 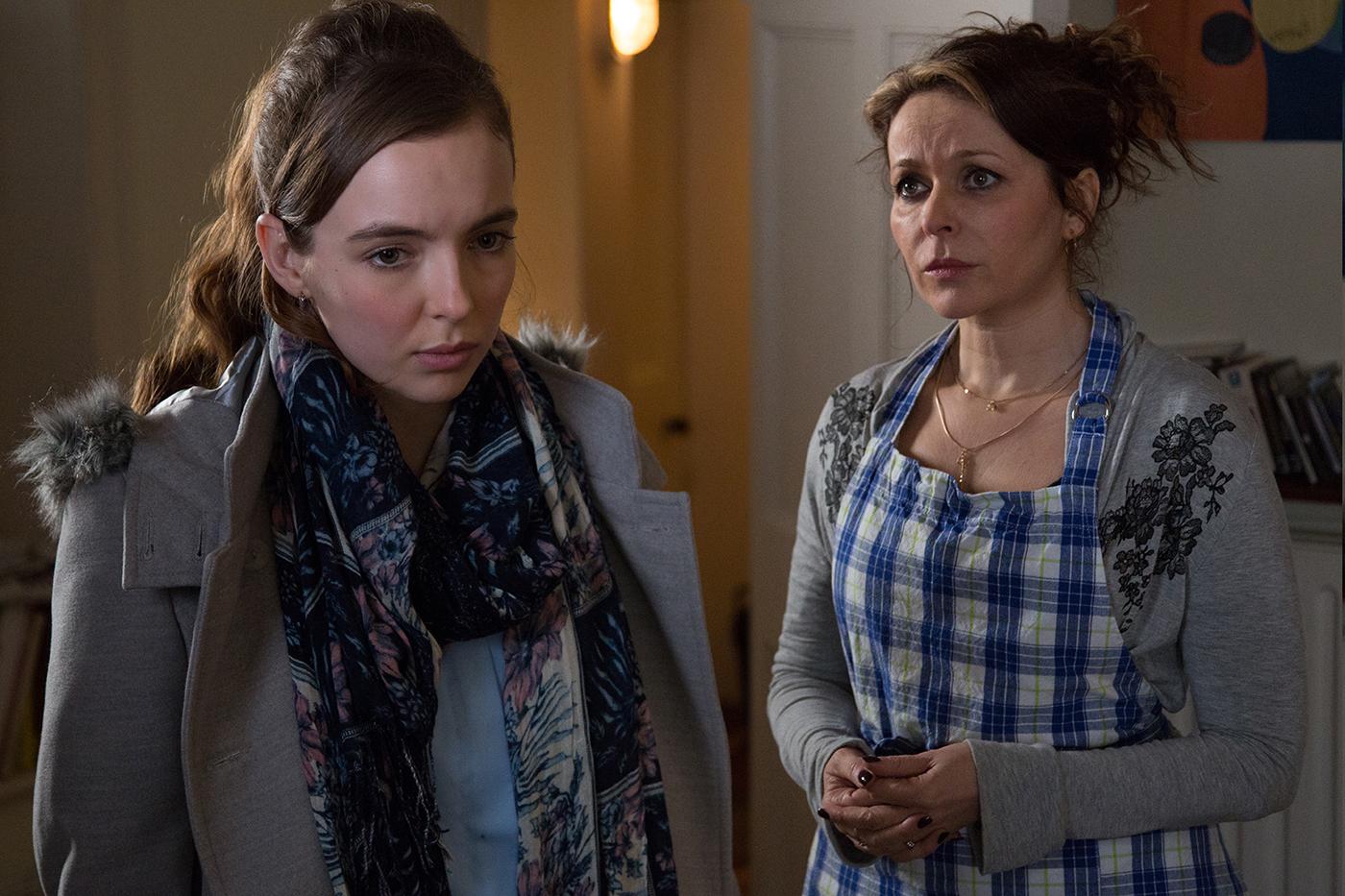 Hannah runs the household while her mother suffers from depression. Photo: ITV plc The Indian woman shows up again when Akil has a nightmare. Roshana comforts him and finds the ripped photo of the woman that he took from Tom’s house. She brings it and some mail from Tom’s flat to Rob, but leaves indignantly when Rob questions her, implying that she’s the Indian woman Shirley saw with the social worker. Rob reunites the ripped halves of the photo, showing the woman with her hand on the arm of the boy with the teddy bear. Opening the mail, he finds letters to Tom from the Queen congratulating him on his birthday. The most recent says he’s 110 years old.

Hannah takes Sean to Scarborough for a beach holiday, after his room is finally tidied up – except that it wasn’t him who cleaned it. She checks the local hotel – which has recently featured in her nightmares – for Tom, in vain. She and Sean build a sandcastle while reminiscing about their father. They go for ice cream, and she scans a Victorian photograph of the beach. In it, she spies the Indian woman and the boy with the teddy bear, standing next to a sandcastle identical to the one she just built. Out on the patio of the café, she recognizes the tiles as the checkerboard from her dream, and the photo of the boy.

Tom appears. Suddenly the ground is covered in seashells and it's pouring rain. The Indian woman is there, gesturing to Tom. He starts to go to her – “she won’t hurt me, she loves me,” he says. When Hannah intervenes, the woman – Tom says her name is Isha – grabs at Hannah. Suddenly it’s all gone, and only Sean is there. But a photo just taken of Sean now shows a ghostly Isha holding his arm. Beware, Hannah; this woman has power. Shirley has been found drowned at her breakfast table, a bottle of vodka and pills in front of her, water everywhere. 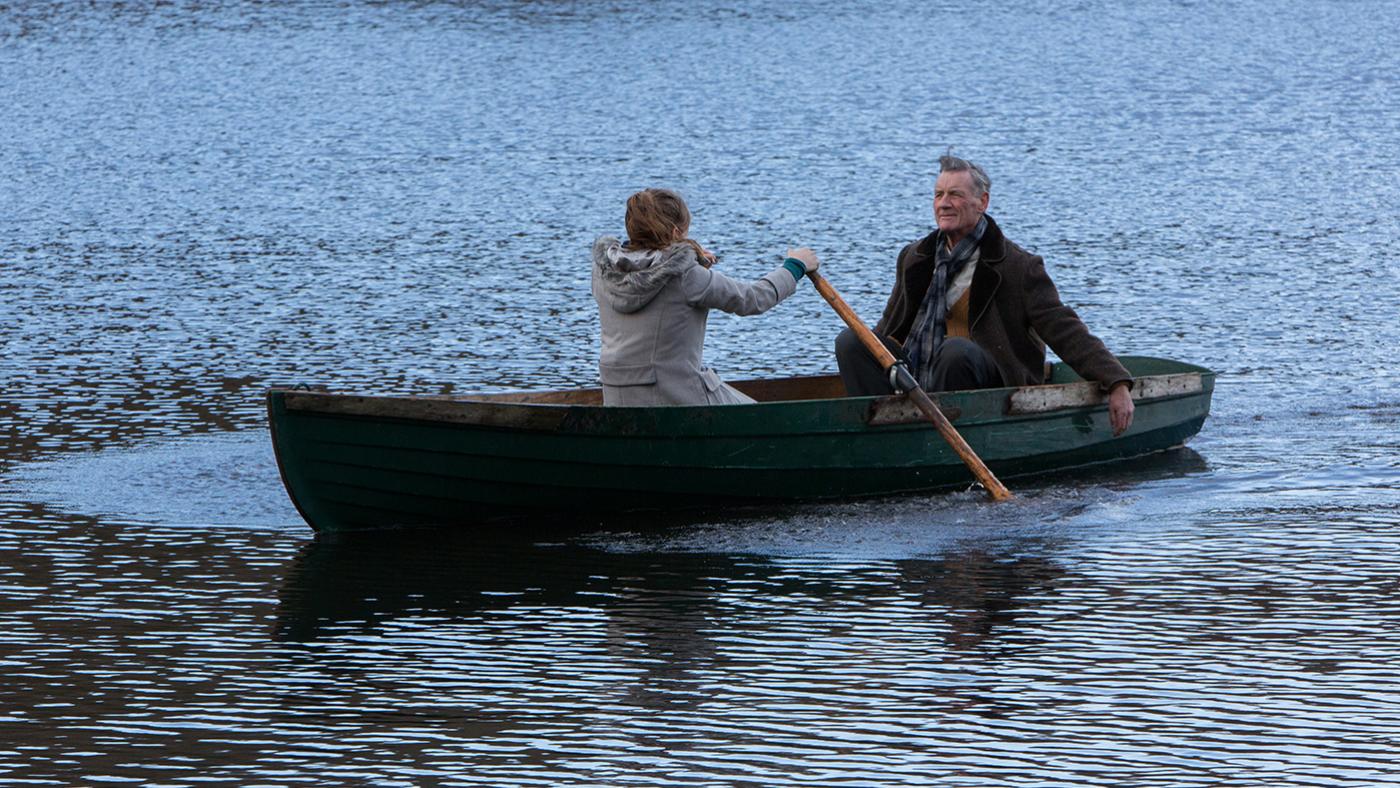 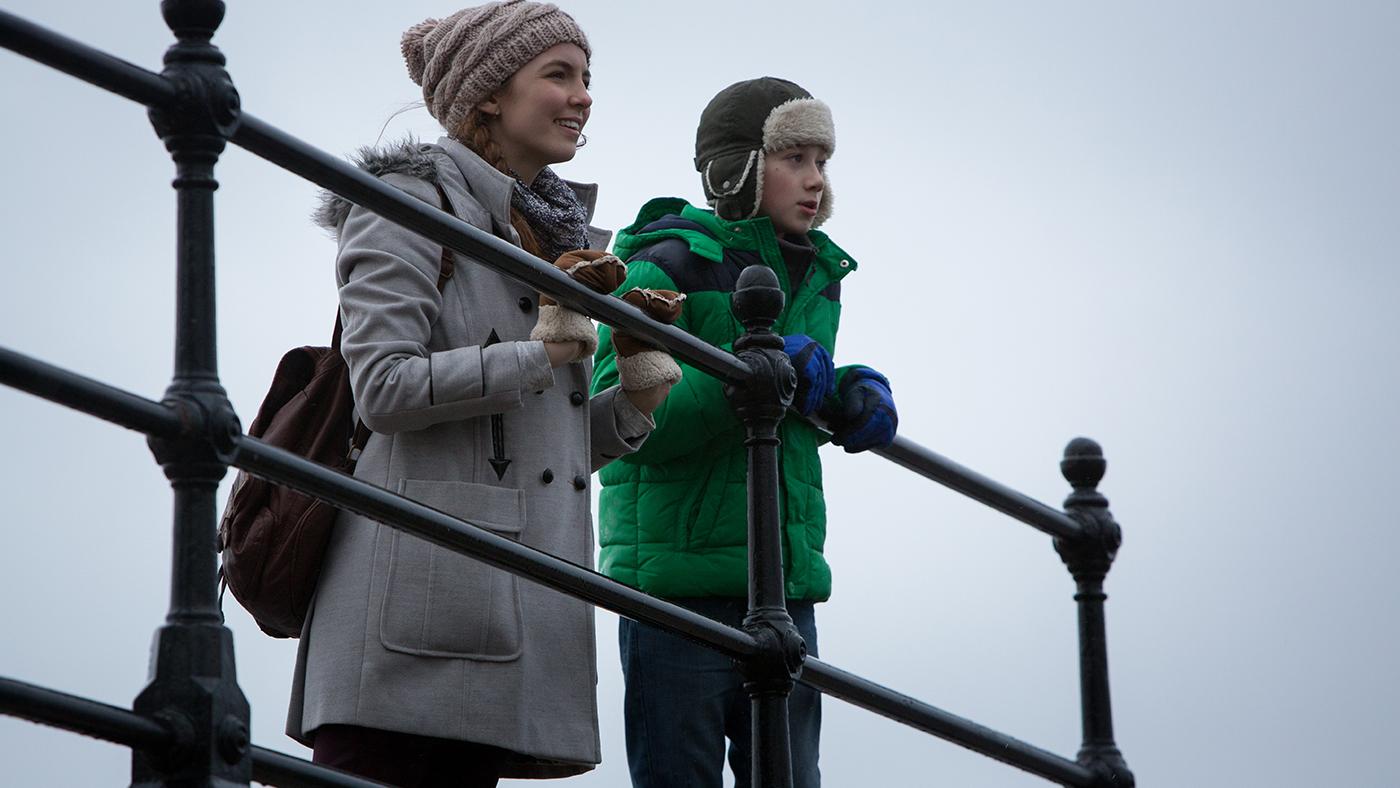 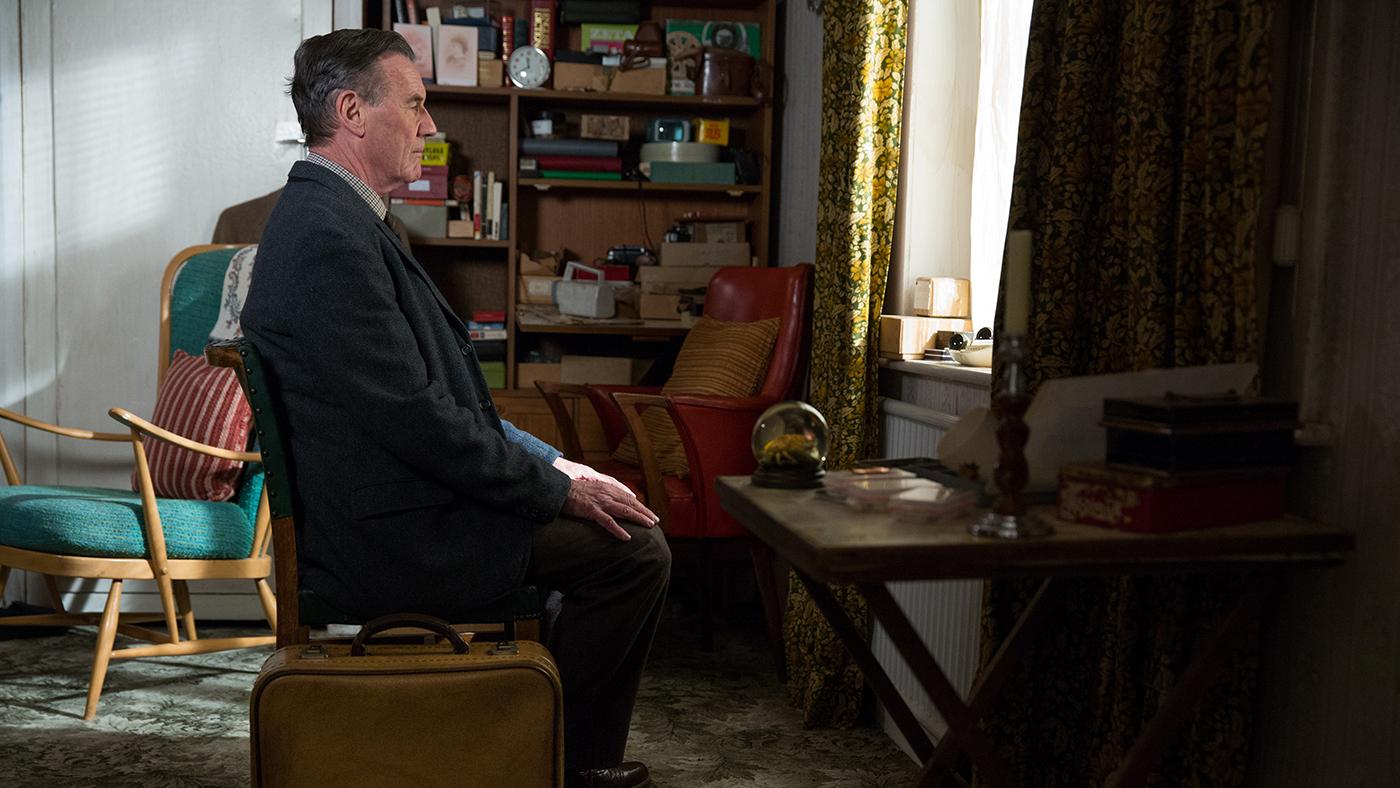