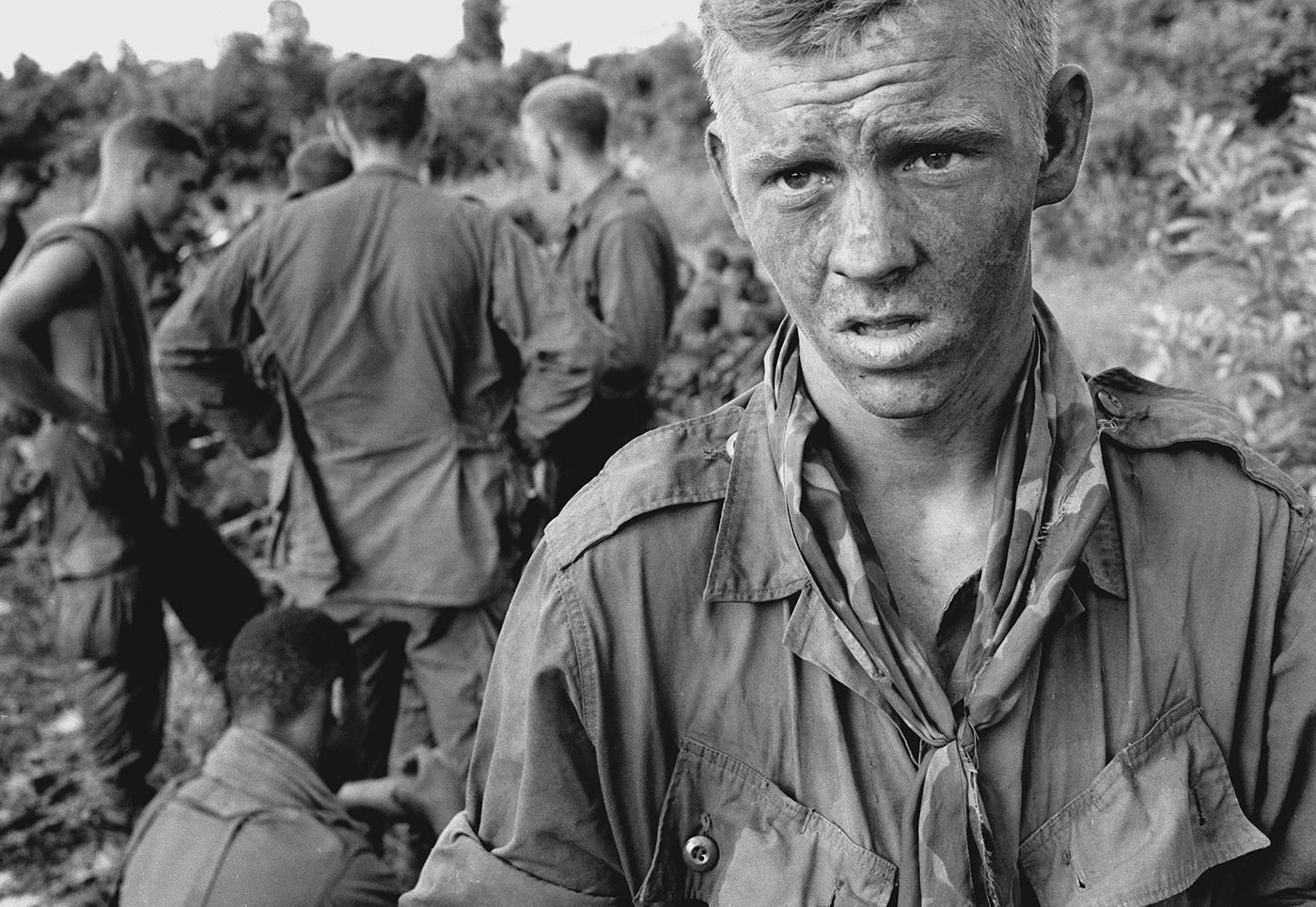 It’s been 42 years since a North Vietnamese tank bulldozed through the gates of Saigon’s Presidential Palace, officially ending the Vietnam War, and we’re still working our way through the consequences and meaning of the conflict. “The Vietnam War is the most important event in American history in the second half of the twentieth century,” says Lynn Novick, the co-director with Ken Burns of The Vietnam War, a ten-part, eighteen-hour, magisterial documentary series premiering on PBS in September. “It was such a traumatic episode that we have yet to fully understand what happened or talk about it in an informed and civilized way. It’s still working on us in ways that we don’t understand.” 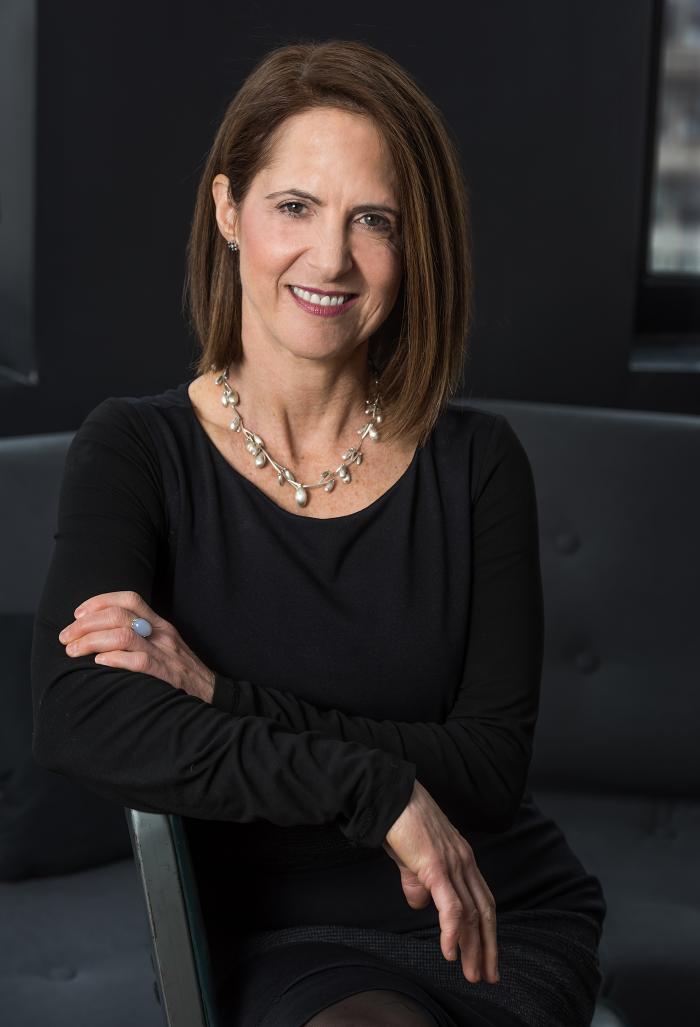 Lynn Novick. Photo: Stephanie Berger Despite the passage of four decades, we still can’t agree on what even happened in Vietnam – why decisions were made, how the conflict dragged on – let alone on whose fault it is or what it tells us. As the author Tim O’Brien says in the documentary, “The best you could say about Vietnam is that certain blood was being shed for uncertain reasons.” More than three million Vietnamese and over 58,000 Americans died.

Novick believes that many of the schisms dividing the United States today have their root in the Vietnam era. “Not only is the Vietnam War important and misunderstood, it’s also one of the most polarizing periods in recent history. Today’s paranoia, cynicism, resentment, and misunderstandings really started to bubble up during Vietnam. These things wax and wane, but we’re at a low moment right now.

“Vietnam feels extraordinarily relevant because we can see echoes of the era today: a question of America’s power in the world, lack of faith in institutions, a presidency in disarray, government leaks. It’s much too simplistic to say history repeats itself, but it does seem to circle around the same themes over and over again.”

Given the resonance between Vietnam and today, the past may offer guidance for the present. One clear lesson that Novick believes America learned from Vietnam is to not “confuse the warriors with the war and blame soldiers for policies that they had nothing to do with.” When many veterans returned home, they were met not with gratitude and respect but rather animosity. The public enmity for the war was directed at many former soldiers in addition to the politicians who supported it. Instead of being thanked for their service, veterans were ostracized. 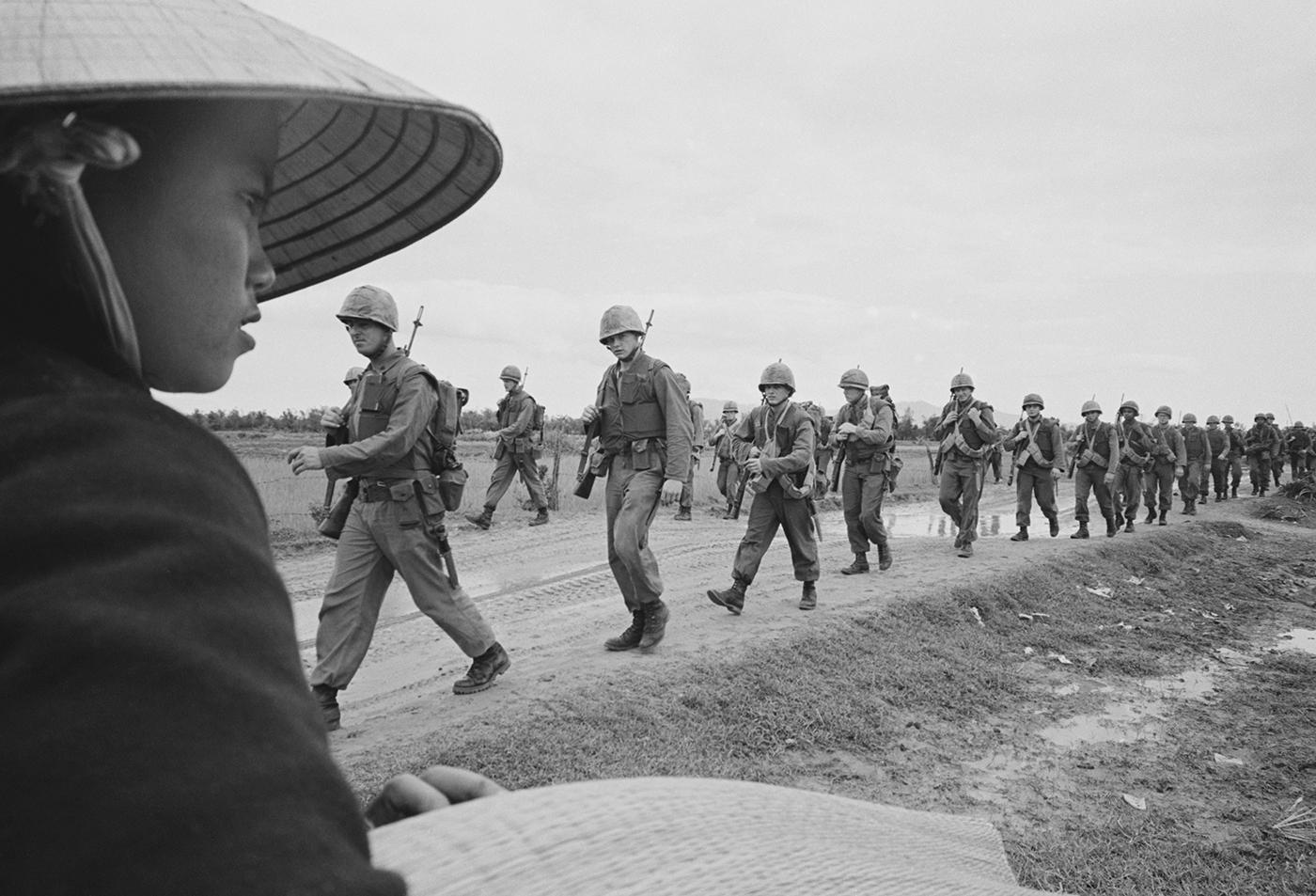 Marines marching in Danang. March 15, 1965. Photo: Associated Press Unfortunately, other lessons have been forgotten, especially in government. “Our policymakers seem to have to relearn the lessons of Vietnam every generation,” says Novick. However, the era does provide a heartening example of the power of the American public when policymakers make wrongheaded, costly, tragic decisions. “During this deeply unsettling period in our history, the American people exercised their rights as a democracy in an unprecedented way,” Novick says. “They made their voices heard and held our leaders accountable, and ultimately the government responded.”

Yet The Vietnam War, which was written by Geoffrey C. Ward, never simplistically demonizes anyone. One of its strengths is its attempt to comprehend the reasons people made the decisions they did. Novick says that one of the most revelatory experiences in making the documentary was listening to presidential tapes. “Eavesdropping on the presidents as they made these momentous decisions and justified themselves really humanized them. But in the documentary we also want to understand the effects of policy on Americans and Vietnamese, and show who was responsible for them.”

The series also tries to include a multiplicity of perspectives in telling the story of the war. Novick believes that this is one of its main contributions to understanding the era: “The story has never been told this way before, and I don’t know that it ever will be again.” Both American and Vietnamese voices are included, with a disparate array of perspectives on each side. Americans who fought in the war tell their stories, as do those who fought against it. North Vietnamese veterans describe their experiences; so do fighters from the South. Anti-war protesters, deserters, Vietnamese Americans, refugees, parents: they all appear. “No matter who you are, no matter where you come from, you have to open up to another person’s view when you watch the film,” says Novick. 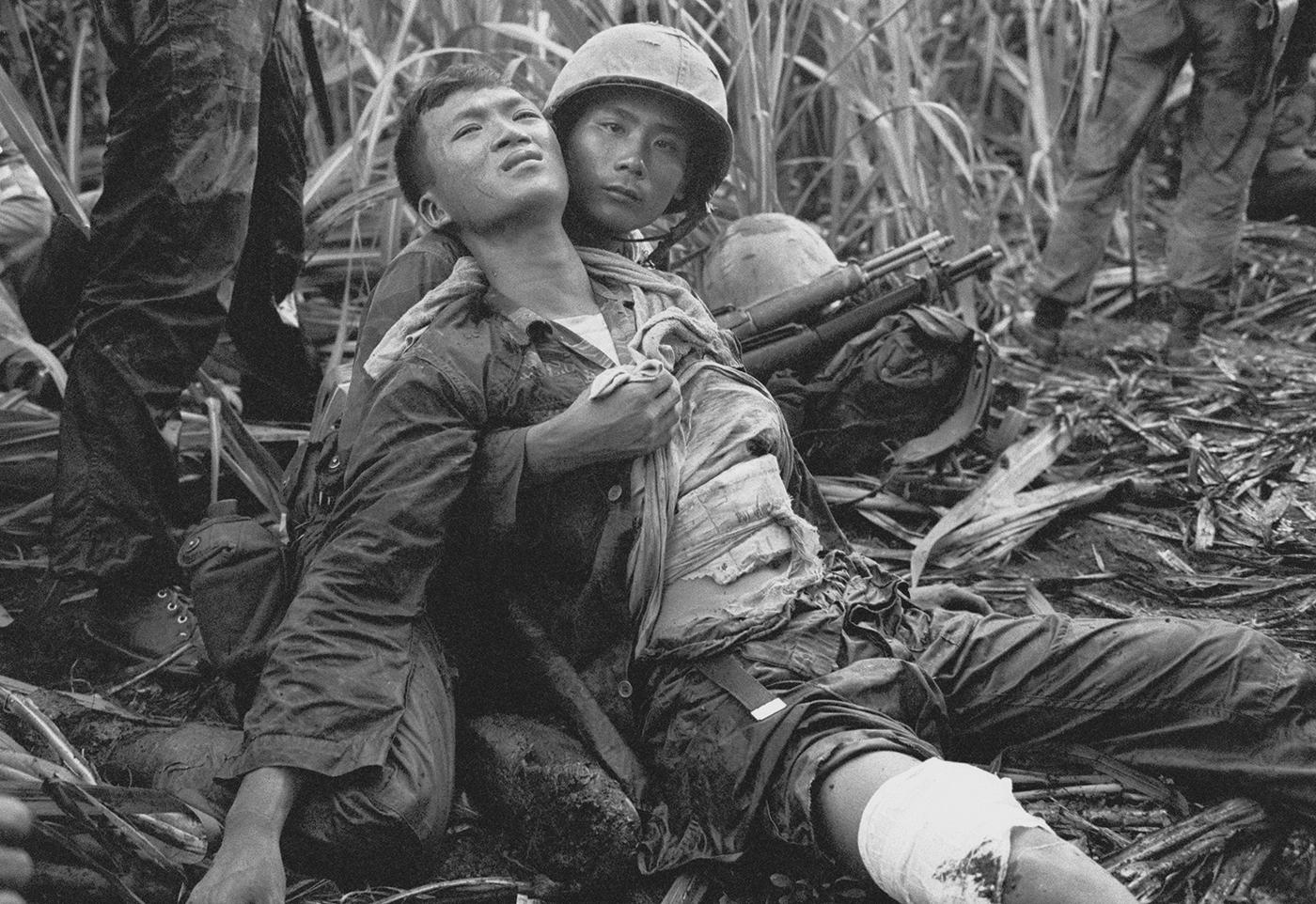 South Vietnamese soldier comforts severely wounded comrade. Near Saigon. August 5, 1963. Photo: AP/Horst Faas The stories of these people are essential to the documentary, and to grasping the consequences of the war. As the narration states, “meaning can be found in the individual stories of those who lived through it.” The stories provide an emotional through-line in the chaos of the military maneuvers and political decisions. “We were just overwhelmed with the generosity and bravery of the people who shared their stories,” Novick says.

Two interviews especially affected her. “To bear witness to people as they tell their story and find meaning in traumatic experiences is a life-altering experience,” she says. While a mother who had lost her son relived her darkest hours, Novick was overcome and had to cut the cameras: “That was one of the only times in all the years of doing this work that I had to stop.” A retired North Vietnamese general’s recollection of the capture of Saigon revealed in a profound way the human toll of the war. “He couldn’t go out and celebrate like everybody else because he was thinking about all the men in his command who had been killed. That was a really important reminder that whatever one might think about the politics of the war, there’s a human side, which is that a lot of people died. This is a tragedy on a very large scale, with epic implications, and yet individuals have to make their way through it.”

That is what The Vietnam War shows. Beyond the policy, beyond the troop movements, behind the protests and the unease, everyday people strove to survive and find meaning in their lives, with tenacity, grit, and pure, basic humanity. Those are the stories that had to be told.