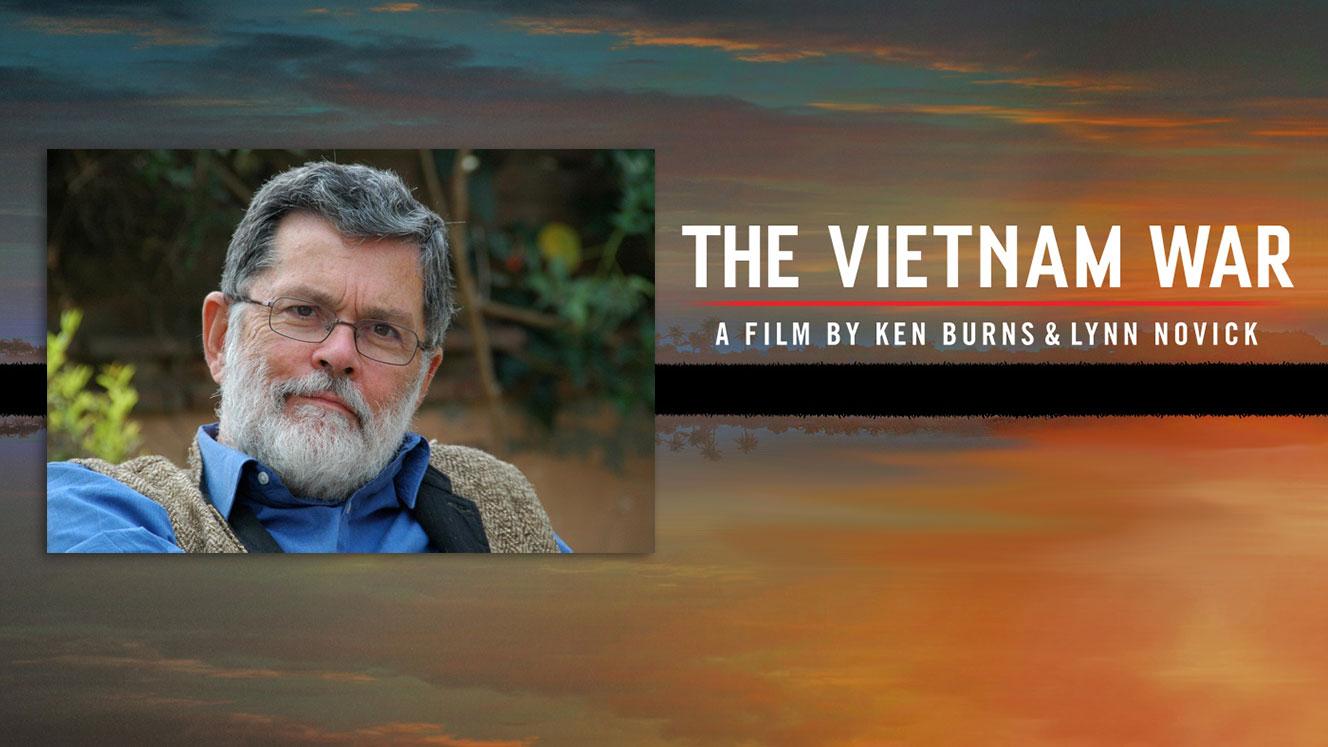 With the benefit of hindsight, you might say that Geoffrey C. Ward’s remarkable life – surviving polio, living in India in the decade after Partition, reckoning with the legacy of a rapscallion ancestor – provided some of the basic themes of his work with Ken Burns as principal scriptwriter for many of the sweeping American history documentaries that Burns has made in the past thirty-odd years. But it’s not a career that Ward ever envisioned for himself, no matter how uniquely fitted he is for the job.

Ward was born in Newark, Ohio in 1940. His family moved to Chicago in 1946, and he grew up in the south side neighborhood of Hyde Park, where his father worked as dean of the college at the University of Chicago. His father, the nearest in a line of memorable forebears, later went on to work for the MacArthur Foundation, helping to implement the Foundation’s “genius awards.”

At age nine, Ward contracted polio, placing him in the company of Franklin Roosevelt. When he later wrote two books about the president, the second of which was a finalist for the Pulitzer Prize, one of his goals was to illuminate FDR’s struggles with the disease. “People were raised on the idea that he defeated polio, and nobody ever defeats polio. You learn to live with what you’ve got left. I wanted people to understand what he had to deal with every day, and how extraordinarily gallant he was.” In 2014, Ward’s lifelong admiration for FDR and his family made it to the screen, when he wrote the script for The Roosevelts: An Intimate History, a Burns series about the indomitable trio of FDR, Eleanor, and Teddy. 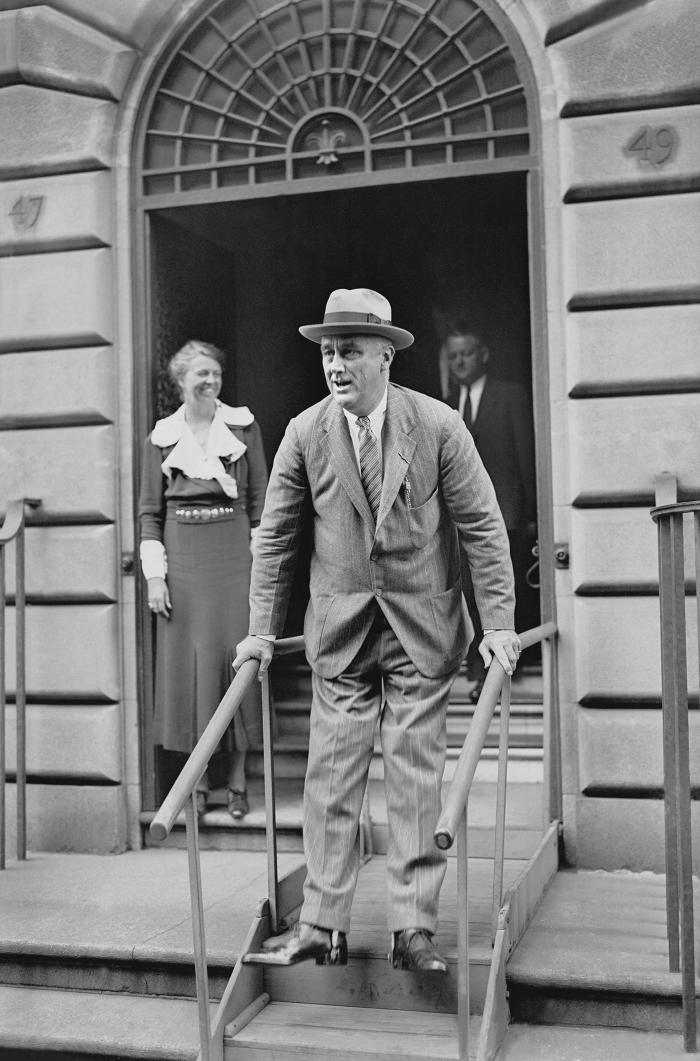 Ward has written two books and a documentary script about FDR; both men survived polio. Photo: Courtesy of Roosevelt House In 1954, Ward’s father joined the Ford Foundation, and that year he moved the family to India. “It was a very different life than Hyde Park. There were a bunch of older Indian guys who would go hunting. I was a teenager and I didn’t play ball, so I went with them. I was a totally incompetent hunter, but I got hooked on those jungles and forests, and the possibility of seeing a tiger, though I never saw one in those days.” It was a lasting infatuation: Ward has written two books about efforts to save tigers, and he and his second wife are involved with conservation groups in India. In the past thirty years or so, they have visited India twenty-seven times.

The violent Partition of the country into majority-Hindu India and predominantly Muslim Pakistan had occurred less than ten years before Ward lived there. “Many of the people whom I knew in Delhi had just come there from what is now Pakistan. There was something about the terrible loss that all those people felt that moved and fascinated me. I think Partition was one of the greatest errors of the twentieth century. It has produced nothing but disaster for both sides.” This early interest in the personal effects of conflict presages some of Ward’s most monumental work: his scripts for Burns’ Civil War, World War II, and now, Vietnam War documentaries. He’s currently writing a book on the history of Partition. “I’ve always wanted to write about it. I hope I live long enough to do it.”

Living in India also provided Ward with insight on two of his other great themes: America and race. “I was a white teenager living in a brown country. If you live abroad, you can’t do the kind of easy generalizing about other people that kids do because they don’t know any better. If I had my druthers, I would send everybody abroad when they were 15. It doesn’t mean you don’t love your country, it doesn’t mean you don’t see yourself as American, but it does give you a sense of context and something to measure us against.”

Ward returned to Chicago in 1956 and graduated from high school at the University of Chicago Lab School the next year. He spent another year in India, then went off to college at Oberlin, an Ohio liberal arts institution where his mother and father had gone to school and his grandfather was the head of the art department. While Ward was at Oberlin, his grandfather handed over an unbelievable collection of family lore: the contents of his great-grandfather’s trunk from a stint he served in the infamous prison Sing Sing.

“My great-grandfather was the Bernie Madoff of the 1880s. He was a swindler so wicked that people for years afterward used his name as an example of how terrible a crook could be.” Ferdinand Ward, “the Best-Hated Man in the United States,” was a clergyman’s son. He went to Wall Street at the age of 21 and married a wealthy woman to gain access to her family fortune. Inventing businesses that existed solely on paper, he eventually convinced the son of former president Ulysses S. Grant to become a partner in a firm. The pair then persuaded Grant himself to invest in their fledgling business.

“It was a pyramid scheme – the kind of con that was named a Ponzi scheme in the 1920s. My brother has always said it should actually have been called the ‘Ward scheme.’ We should have had the trademark.” In 1884, Ferdinand was arrested and the firm collapsed, setting off  a stock market crash, and the bankruptcy of Ulysses S. Grant. Upon being released from jail, Ferdinand kidnapped his son – Geoffrey’s grandfather – in order to obtain whatever money his wife, who had died while he was in prison, had left.

Before receiving Ferdinand’s trunk, Geoffrey knew nothing of this colorful past. As is his wont, he eventually wrote a book about his great-grandfather.

Soon after graduating from Oberlin with a degree in studio art, Ward got married and had a son. “Further study of painting didn’t seem like the most likely way to earn a living” – so he got a job as a picture editor for Encyclopedia Britannica in Chicago, combining his interest in art and his fascination with history. He went on to edit magazines until he was fired from the editorship of American Heritage, a history magazine, in 1982. “My options were the unemployment line or trying to write something on my own, so I became a writer. And I’ve been writing ever since.” 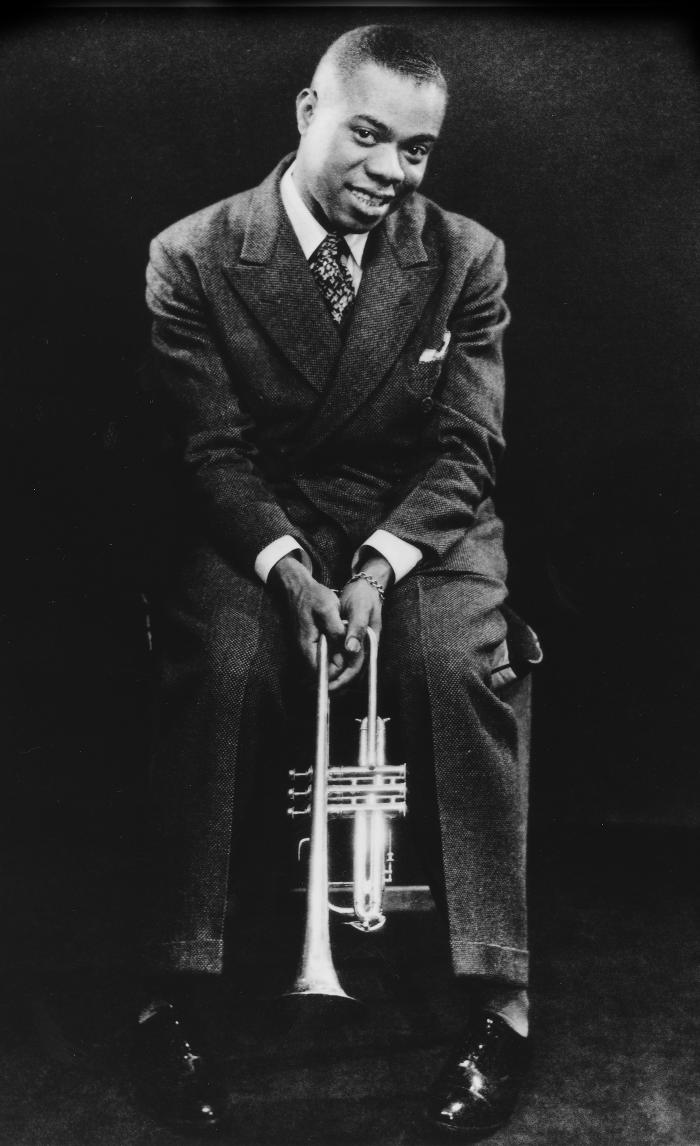 A photo of Louis Armstrong from Ken Burns' 'Jazz.' "At its best, jazz represents our best," says Ward. Photo: Courtesy of Frank Driggs Collection Within a few years he met Ken Burns. Burns was at work on his second documentary, a film about the Shakers. One of his grants required an outside authority to review the film and comment. Someone at American Heritage recommended Ward to Burns, and the two quickly hit it off. Burns suggested that Ward try writing the script for an upcoming film on Huey Long, and a decades-long collaboration was born. “It was pure serendipity.”

Burns’ style, which relies heavily on archival photographs and images, is a natural fit for Ward, given his art background and work as a picture editor. “Writing about pictures is the thing I like to do most. If somebody would pay me just to do books of pictures with captions, I’d be the happiest man in the world.” He has produced illustration-rich companion books for many of the Burns documentaries, including the upcoming The Vietnam War: An Intimate History.

Among the many scripts Ward has written for Burns, none is closer to his heart than 2001’s Jazz. “Jazz has always been my go-to music, ever since I was in the hospital when I was a kid. I really do believe that at its best, it represents our best. It has so many American qualities in it: the improvisation, and the blending of musics from all around the world, and a sense of both being an individual and cooperating.”

As his work often does, Jazz points to and reflects America. “We’re a pretty interesting experiment. America fascinates me, both the ideal of us and the much more ugly practice that you too often can see – I think we’re currently going through one of those periods. I think I’m drawn to America because everybody, from everywhere, came here, so it’s this incredible, complicated mix that somehow is supposed to work, and does, for the most part.” Like the country that has been his great subject, Ward is a unique and complex mix of influences and experiences. Yet, somehow, it all works.