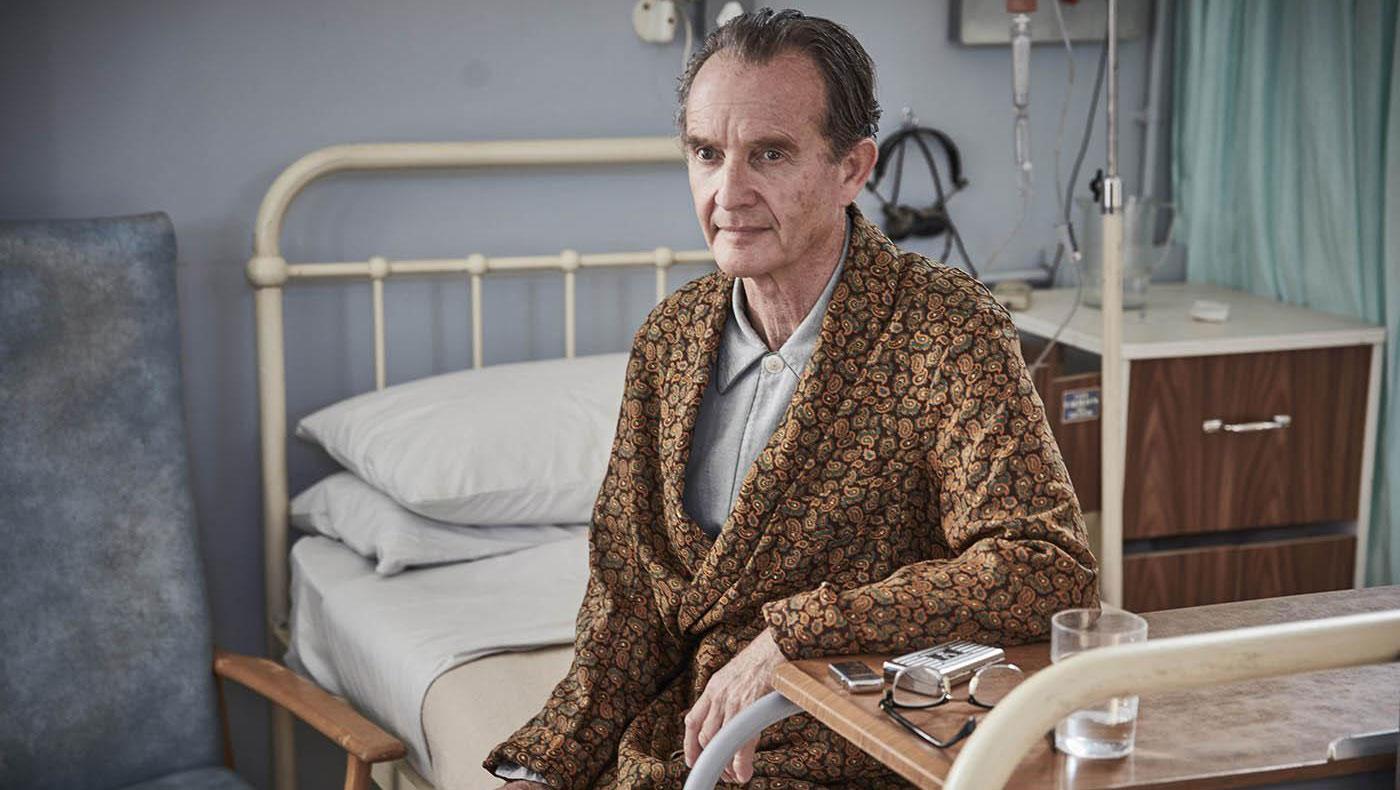 In the Fosdick ward of Cowley General Hospital, thirteen’s not an unlucky number: ten is. Many of the patients placed in Fosdick’s Bed 10 die unexpectedly; there have been three deaths in the past five weeks, a long-term patient tells Morse while the detective is at the hospital. Morse is in the ward for two reasons. One, superintendent Bright has suffered a stroke and is recovering there. Two, an informant named Bakewell needs surgery and is under heavy police guard while he’s out of jail, lest the gang he’s ratting on tries to shut him up. Ominously, he’s placed in Bed 10.

Soon an outside death is connected to Fosdick ward. Ethel Zacharides, a 60ish woman living alone, is found dead on the floor of her home. It seems like natural causes, but there are two smashed plates near her even though she was supposedly by herself. There’s also a cawing parakeet that Morse is forced to take for a while; the animal shelter is understaffed. Dr. DeBryn eventually recalls that he performed a post-mortem on Ethel’s husband about six months earlier. Mr. Zacharides died in Fosdick ward after a simple operation by the dashing younger Dr. Powell, and the head surgeon, Sir Merlyn, requested a post-mortem to understand the death. There are rumors that Powell is after Merlyn’s job. 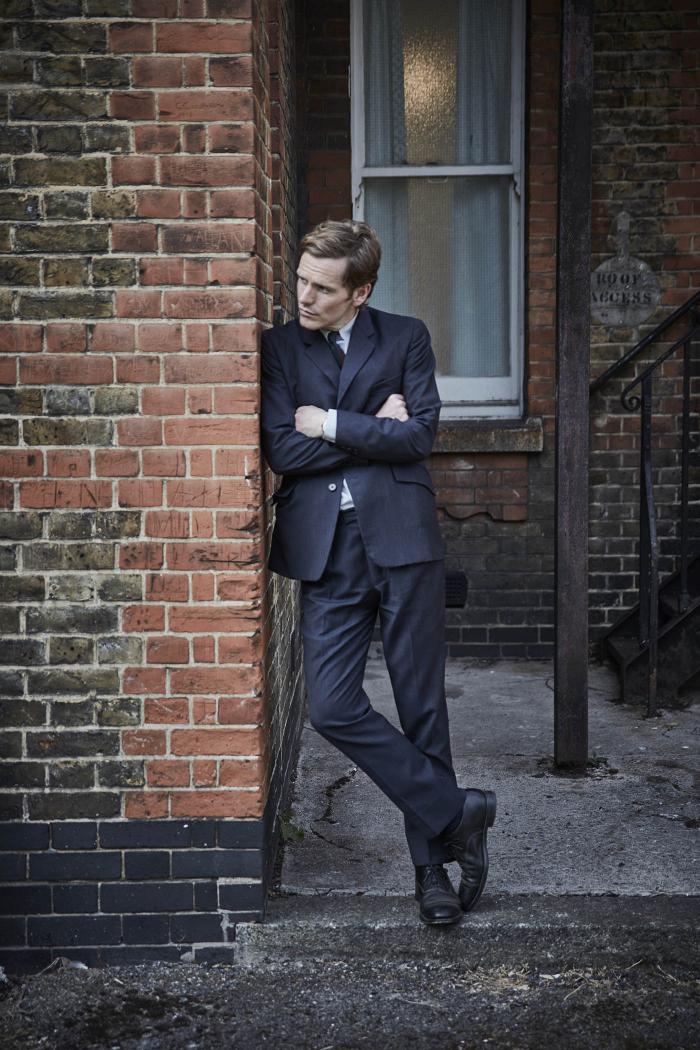 Morse must figure out why patients in a specific bed in the hospital keep dying. Photo: ITV Plc and MASTERPIECE No foul play was found, but Morse finds out from Ethel’s daughter that her mother was wrapped up in a dispute with the hospital: her husband’s diamond tie pin and some money had gone missing after his death. The hospital had sent word in a letter that they would visit her at home to address her complaint, on the day that she died. But Sister MacMahon, the nurse in charge of Fosdick, tells Morse that the hospital considered the matter closed and never sent a letter. Dr. Powell adds that Mrs. Zacharides had become something of a nuisance and had to be threatened with the police. There’s no sign of the letter at the Zacharides home.

While at the hospital after visiting hours one evening, Morse passes a man in the hall and asks what he’s doing there. When Morse flashes his badge, the man bolts, shooting at Morse when he follows. The man escapes into a waiting car and is gone. The next day the car turns up, abandoned, and is found to be stolen. It seems the gang is trying to get rid of Bakewell.

While Thursday searches for more information, roughing up a contact in the process, Morse visits an old acquaintance. He goes in search of the person who mysteriously called him last episode. The phone booth from which the call was made is empty, but he has deduced that Joan lives nearby, and visits her in her apartment.

Joan claims she didn’t make the call; the two share some painful, rueful moments as they discuss their past. She insists that she’ll never go back to Oxford. This is unfortunate, given that her mother, Win, is depressed and anxious enough to start medicating. Morse reluctantly leaves, and, while waiting for the elevator, sees a married man slip off his ring before entering Joan’s apartment with flowers – that must be how Joan is supporting herself.

That night at the hospital, Bakewell wakes up in pain. The attending nurse goes to Dr. Powell, who prescribes painkillers. The nurse is back with the pills in ten minutes and doesn’t leave the ward for the rest of the night, but the next morning Bakewell is dead. Red herrings are quickly raised. A grape stem is found under Bakewell’s bed, the remnants of a gift from a fellow patient: poison? The volunteer who runs the hospital radio and library had reason to hurt Bakewell: Bakewell’s former gang injured the man’s ex-wife in a robbery.

There’s also the possibility the gang got to Bakewell, but that seems unlikely after Trewlove finds a car outside the hospital with multiple parking tickets and a puddle of blood beneath it. Opening the trunk, the police find a corpse that Thursday identifies as a member of the gang. (This murder is left hanging – are we being set up for a big finale next week?) 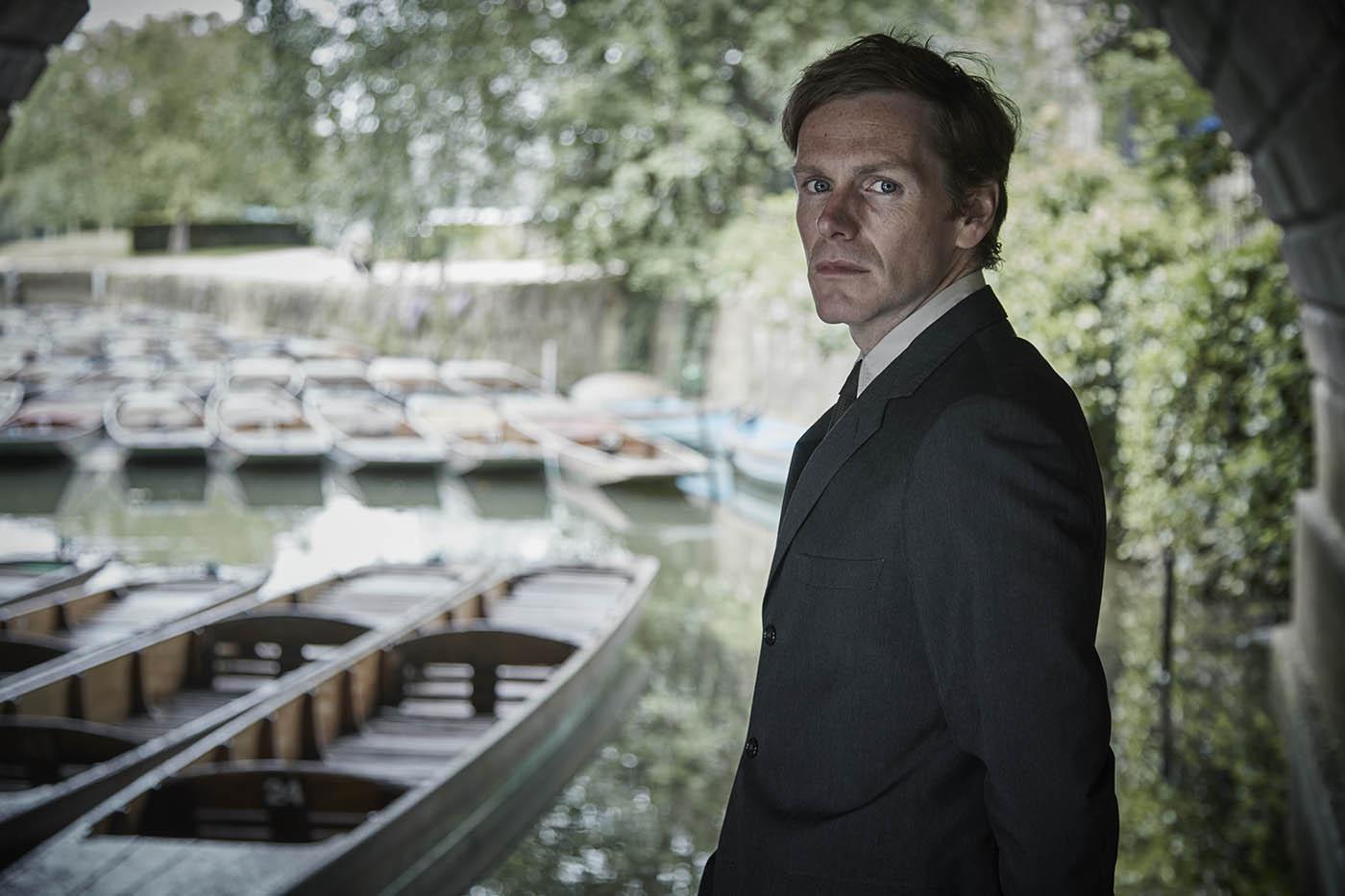 Morse has found Joan, but their painful conversation doesn't solve anything. Photo: ITV Plc and MASTERPIECE Suspicion also focuses on Dr. Powell. Nine patients have died in bed 10 during the past six months, all of them under the care of Powell. As the detectives look into his past, they discover that he left his previous hospital after he was blamed for the death of a child named Molly Keenan. He was cleared of wrongdoing by testimony from a nurse: Sister MacMahon, who’s now at Cowley with him. A student nurse was blamed for mis-preparing an insulin shot, leading Molly to die of an insulin overdose.

Similarities to Molly’s death crop up at Cowley. Morse discovers Mrs. Zacharides’s lost letter from the hospital in the cage of her parakeet; it’s signed M. Keenan, but there’s no one at the hospital with that name. Although Bakewell seems to have died of natural causes, DeBryn finds a small needle-prick in his backside, with high traces of insulin in the flesh around it. (Insulin disappears from the blood after death.) The police dig up a previous victim of bed 10 from their grave and find the same thing.

When the police apprehend Powell at the hospital for questioning, a young nurse he’s been wooing screams that Sister MacMahon is to blame. Powell blames Merlyn for the deaths – his hands have begun to shake from age, yet he still operates – but Morse discovers Mr. Zacharides’s tie pin in Powell’s office, as well as some old love letters from MacMahon and photos of Molly Keenan in Powell’s old hospital. In the photos, Molly stands with a cousin in a ward called “Sweet Pea” – hence the sweet pea flowers that have cropped up next to bed 10 every time someone dies there.

But the photo also exonerates Powell. Morse realizes Molly’s cousin is a nurse at Cowley: Nurse Mills is the murderer. She was with Molly when she died and tried to summon a nurse, but MacMahon had turned off the night bell to canoodle with Powell. By the time Mills found help, Molly was dead – in bed 10. Seeking retribution, Mills has been trying to frame Powell as a murderer, and also send him and MacMahon a message.

MacMahon realizes this when she sees an insulin dosage unnecessarily prepared for superintendent Bright, who has been moved to bed 10. She confronts Mills in the chapel, and is saved from murder at the last moment by the arrival of Thursday and Morse. Mills confesses her plan, and that she killed Mrs. Zacharides because she was getting too nosy, while Mills needed more time to carry her scheme to fruition. Bright is saved from the insulin just in time.

The tarot card of the week? Death, laid on top of The Tower.