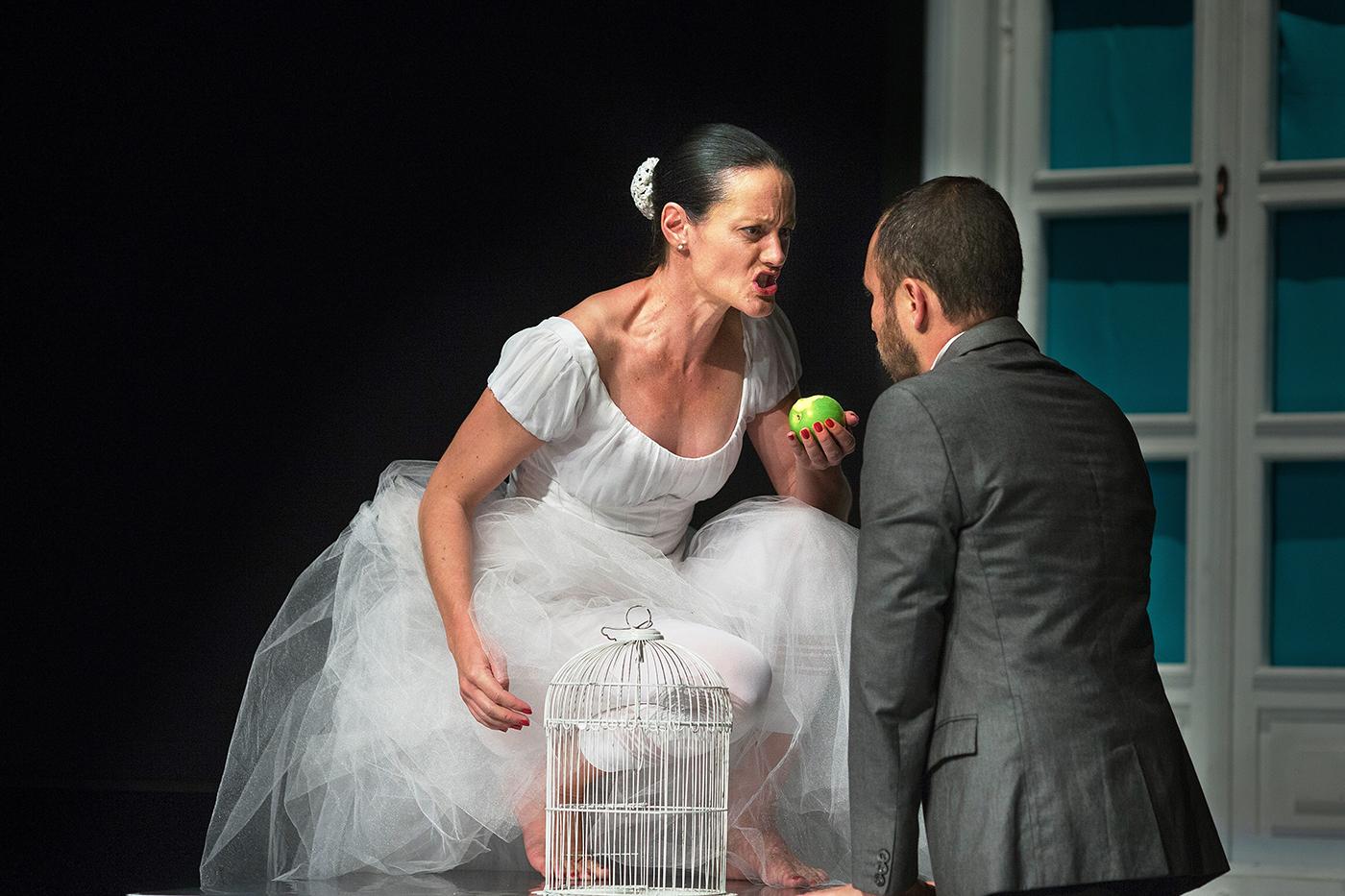 “Chicago is well-known for theater, but folks don’t realize that there is amazing Latino theater here,” says Berenice Vargas, the associate director of the Chicago Latino Theater Alliance (CLATA). That’s why CLATA exists, and why it organized the first Chicago International Latino Theater Festival, which will be presented at venues throughout the city from September 29 through October 29.

The Festival features eleven shows, three of which are world premieres, by different companies from across the Western Hemisphere. Five of those companies are in Chicago, one each comes from New York City and Los Angeles, and the rest are international, hailing from Puerto Rico, Cuba, Mexico, and Colombia.

“We wanted to showcase the variety of perspectives within Latino theater,” Vargas says. “We have local and global artists and theater that is in Spanish as well as some that is in English with sprinklings of Spanish.” (Pieces performed in Spanish will have projected English translations.)

“Spanish-speaking theater has not received the exposure it deserves,” Vargas continues. She herself didn’t start off as an avid theater enthusiast, “but now I have fallen in love. It’s raw and it deserves to be respected. The great majority of these artists do this out of passion, not for any financial gain. It’s just beautiful.” 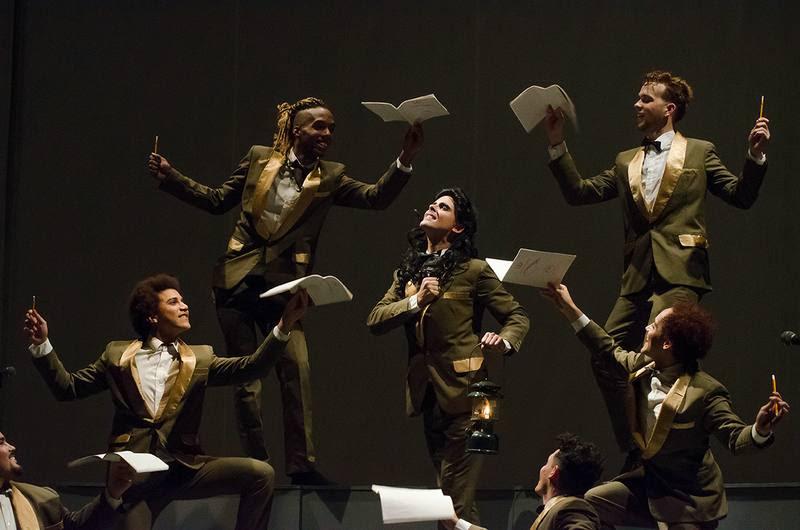 'El Espejo (The Mirror)' tackles machismo and gender violence Vargas is especially excited to present renowned Argentine-Chilean-American playwright Ariel Dorfman’s Death and the Maiden, about reckoning with the psychological effects of dictatorship and torture, in Spanish. “Death and the Maiden has been performed in Chicago before, including by Steppenwolf, but never in Spanish,” she says. The intense play is presented by a longtime Chicago company, Aguijón Theater, at Steppenwolf’s 1700 Theatre. Like the other local groups, Aguijón was commissioned by CLATA. The local shows will also continue running into the companies’ regular seasons; in the case of Aguijón, its 28th.

The other Chicago companies are: Water People Theater, which opens the Festival at the National Museum of Mexican Art with The Worst of All, about a condemned Mexican feminist, nun, and poet; UrbanTheater Company, exploring an estranged relationship between Chicago Dominicans in the world premiere of Ashes of Light, at Victory Gardens Theater; Teatro Vista in a showbiz drama, Fade, at Victory Gardens; and Free Street Theater with Meet Juan(ito) Doe.

Meet Juan(ito) Doe is created by Ricardo Gamboa, and will run throughout October in a Back of the Yards storefront refurbished by Gamboa himself. It is composed of the stories of real Chicago Mexican Americans collected by Gamboa at bars, karaokes, street fairs, and other gathering places. The stories told will change every week. 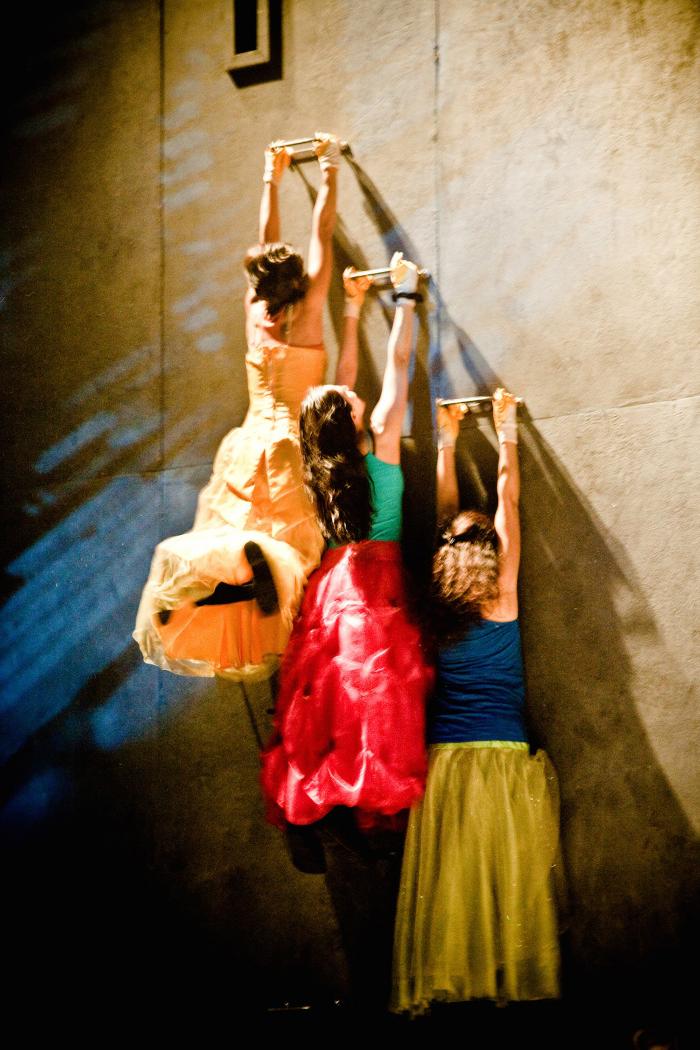 'Amarillo' is about a nameless migrant's attempt to reach Texas. Photo: Sophie García Another company, now located in Los Angeles, also has a Chicago connection. Teatro Luna, whose world premiere Lovesick will be performed at Victory Gardens, was founded in Chicago. In fact, they were Vargas’s introduction to Latino theater.

Although Vargas says works for the Festival were not picked to explicitly address the current political climate – even if politics definitely “swayed our thoughts and opinions on what we chose” – Lovesick is one play with special resonance, given that is about the politics of the body. El Espejo (The Mirror), by Cuba’s Ludi Teatro at Steppenwolf’s 1700, addresses machismo and gender violence. But perhaps most poignant and incisive is the Mexican company Teatro Línea de Sombra’s Amarillo, about a nameless immigrant’s attempt to reach a Texas border town.

Amarillo will be performed at Chicago Shakespeare Theater’s new, adaptable space The Yard. CLATA is happy to present shows in such innovative venues, but one of its goals is to garner a permanent home for Latino theater in Chicago. It also seeks to be “a fiscal agent,” says Vargas, providing local companies with connections to foundations, more resources, and wider audiences, as well as eventually working to find professional staff for companies or build their boards.

These unfulfilled needs are the reason CLATA was founded in 2016 by Myrna Salazar, its executive director. Salazar, a former talent agent and marketing expert, was approached by a young playwright for help in producing his script. Despite her connections, she struggled to find a place willing to take it on; it was then that she realized Latino theater artists lacked a support system.

To found CLATA, Salazar approached mainstays of the Chicago Latino cultural community: the International Latino Cultural Center, where she had served as director of development and marketing, the National Museum of Mexican Art, and the Puerto Rican Arts Alliance. Thanks to her long history working with artists in Chicago, the Latino theater community knew and trusted her. Thus, CLATA and the Festival were born, with one common goal in mind: to achieve more visibility for Latino theater in Chicago.