How Axis Lab Celebrates the Vietnamese Community of their Parents 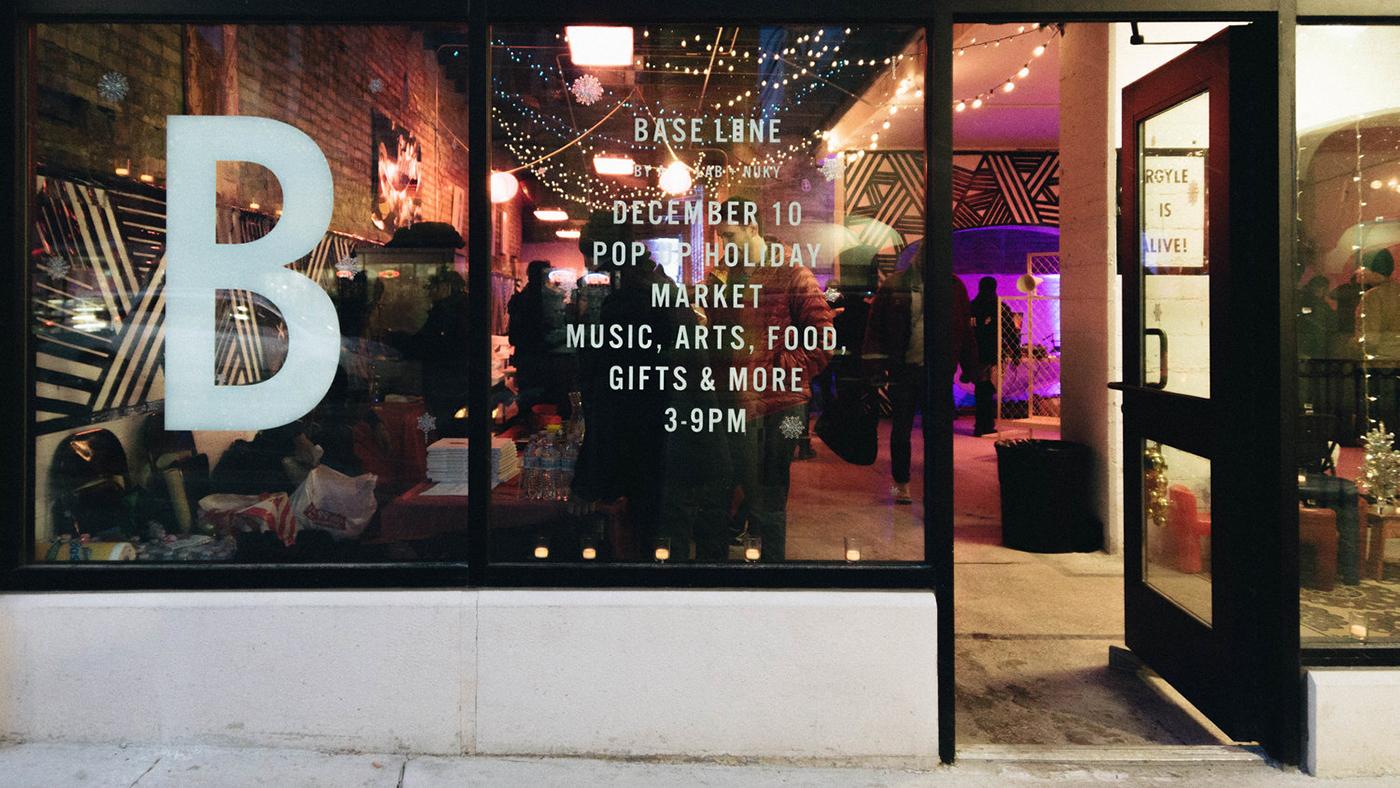 Through events like Base Line, a festival that occurs under the Argyle Red Line CTA staion, Axis Lab wants to celebrate their neighborhood. Photo: John Lee

When Patricia Nguyen returned to Chicago after two years working in Vietnam, she felt something was missing. “I missed this feeling of being in Vietnam, where everybody is out on the street having coffee or drinking, and you just feel like you’re part of something. In the U.S., people sometimes feel isolated and alienated because of how racism and capitalism structure our sense of productivity, with the pressure to succeed or work more or work harder, and with unfair and exploitative compensation for labor. So I began talking with friends about how do we bring people together, and how do we address issues of inequitable development?”

Out of these conversations eventually grew Axis Lab, a “community-based platform” centered in the Southeast Asian community of Argyle Street in Uptown. In the late 1970s and early ‘80s, Vietnamese and Vietnamese Chinese refugees began opening businesses along the struggling section of Argyle near Broadway, revitalizing it into a commercial district that has variously been called “New Chinatown” or “Little Saigon.” 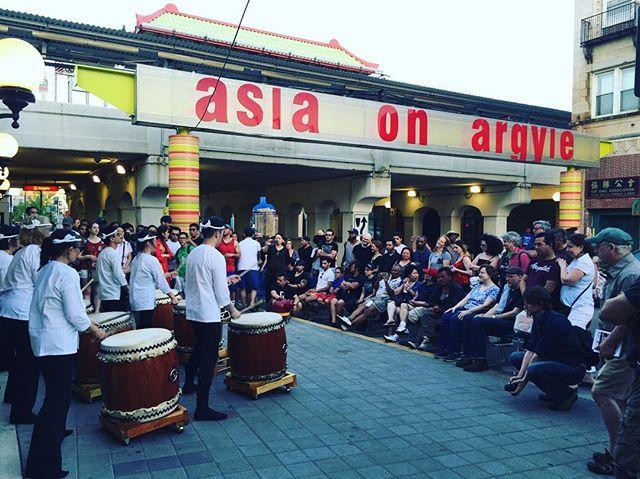 Ever since his arrival in Chicago in the 1980s after escaping from a re-education camp in Vietnam, Nguyen’s father Tam Van Nguyen has been an important figure and organizer in the Southeast Asian community of Argyle. (A mural depicting the history of the area prominently features him.) His work with the Vietnamese Association of Chicago and other groups and advisory councils inspired Patricia to want to contribute to the community as well. “Since I was a kid, I’ve had a desire to build an organization, build a community space,” she says.

But she wanted to do so in innovative ways. Since 2012, she has been working toward a PhD in performance studies at Northwestern University, and she drew on that background in envisioning Axis Lab with friends who also had roots in or ties to the Argyle community. The organization, of which she is executive director, would seek to both preserve the culture and history of the area and support local businesses through events and three main avenues: art, food, and design. 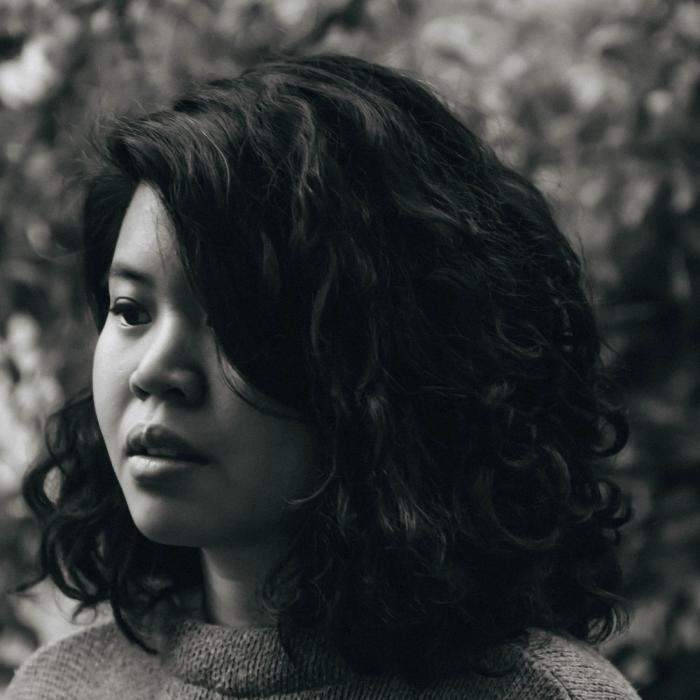 Patricia Nguyen has always been inspired by her father, an important figure in the Argyle area, to build a community organization. Photo: John Lee With Argyle facing gentrification and the resulting forced displacement and rising commercial rents, the founders of Axis Lab seek to attract people to Argyle while also maintaining its history. “We thought, ‘We’re young – why don’t we create the world we want to live in and use our skills as artists, architects, and urban planners who are grounded in a deep commitment to social justice? We want to be socially conscious about where we invest our money, so why not do that in the neighborhood that we came from, and make it an exciting, vibrant area that people want to come to and that the second generation wants to stay in?’” Nguyen says.

One way they do this is through their Base Line events, which are held in an old brick space underneath the Argyle Red Line stop (just the sort of repurposed industrial venue millennials adore). Local food and craft vendors sell their wares; poets, dancers, and musicians perform; artists showcase their work.

Many of Axis Lab’s projects seek to share histories through inventive artistic means. This approach to preserving stories is in keeping with Nguyen’s dissertation, which translates the oral histories of Vietnamese refugees into performances and installations. “Memories of War,” a collaboration with Northwestern University history professor Dr. Ji-Yeon Yuh, was an exhibition consisting of photography and listening stations that played interviews with Chicago Korean Americans and Vietnamese Americans collected by students in one of Yuh’s seminars. “Scents of Home,” which was featured at the Museum of Contemporary Art Chicago, paired specific food smells with the memories of Vietnamese refugees, as well as significant historical periods in Vietnam’s past century.

“Scents of Home” feeds into Axis Lab’s newest endeavor, a cookbook called Sổng that they hope to publish at the beginning of next year. Stories and histories will be interwoven with recipes contributed by Vietnamese chefs and restaurants around Argyle, with notes on the medicinal and culinary uses of traditional herbs. “It’s a historical document, but also something fun that you can sift through and enjoy. It’s not a standard history book or cookbook,” Nguyen says. Sổng will be sold and promoted through pop-up dinners, cooking demonstrations, and presentations on the health and medicinal uses of herbs. 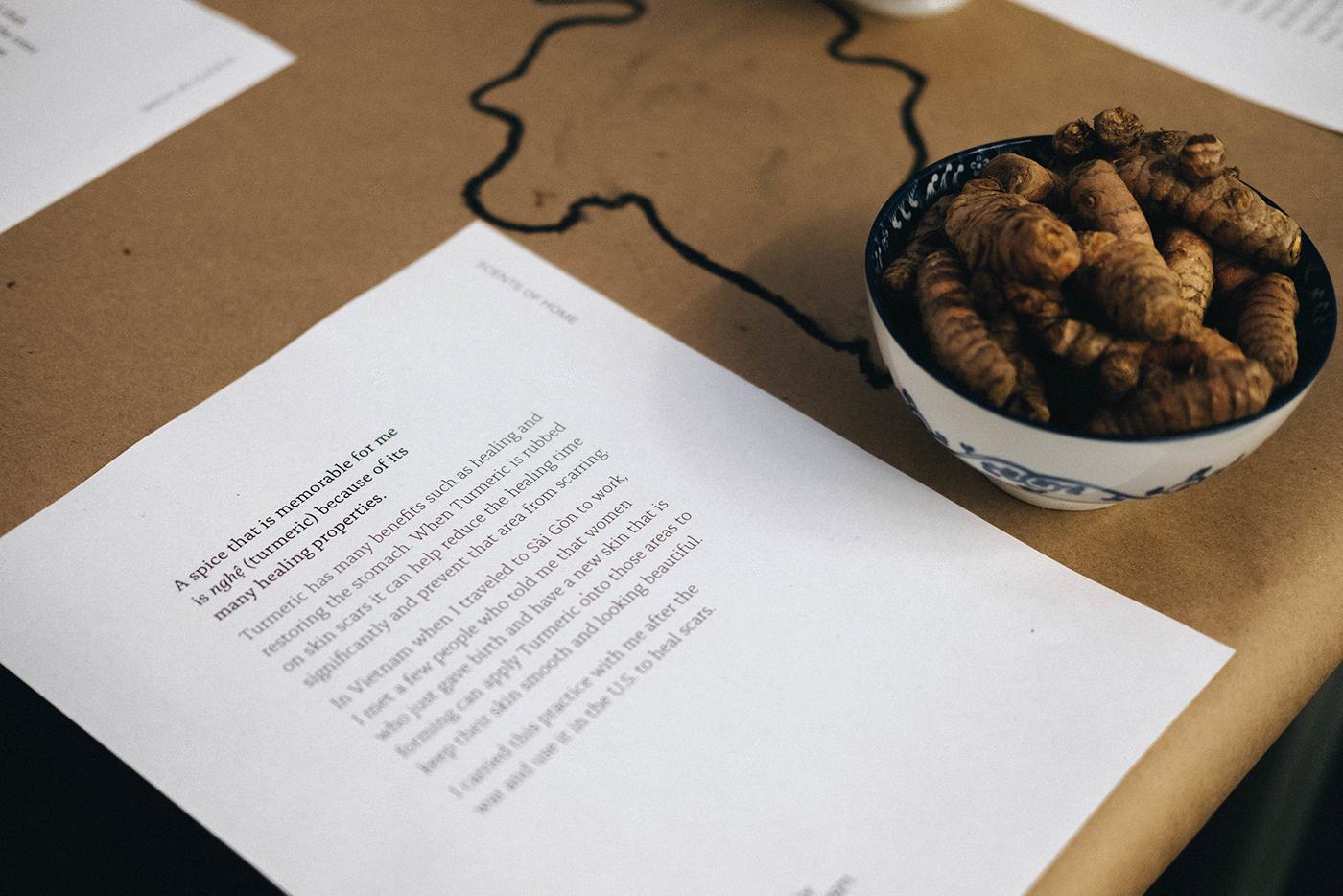 Axis Lab's "Scents of Home" paired the memories of Vietnamese Americans with history and their favorite ingredients. Photo: Ethan Caldwell

Design comes into play in a planned Vietnam War Memorial that Axis Lab’s John Lee designed with the Vietnamese Veterans Association of Illinois. The project grew out of plans made by Patricia’s father and the Association; when Patricia found out about it, she brought Lee, who trained as an architect at the School of the Art Institute of Chicago, onto the project. It is scheduled to break ground in the Argyle area in 2018.

As with the memorial, Nguyen sees Axis Lab’s other work as building off the work of her father. “This is possible because of my father,” she says. He helped Axis Lab gain the trust of the local businesses, showing that “we are deeply committed to this area and its development,” she explains. Other people involved with Axis Lab are also directly continuing their parents’ legacies: Jennifer Pham, Axis Lab’s public relations coordinator, is taking over her father’s pharmacy, which is located on Argyle.

These intergenerational connections are an integral part of Axis Lab’s mission. Working with second-generation Vietnamese-Americans in the Argyle community helps ensure long-term sustainability of the local businesses and culture. The newer generation can also continue to keep the area vibrant and attractive as a commercial and cultural district. “It’s a generational passing-on,” Nguyen says. “We are continuing our parents’ legacies, building upon decades of hard work and ingenuity to create a thriving community. It’s up to us to continue their work.”