The Aspirations of Chicago Ideas Week 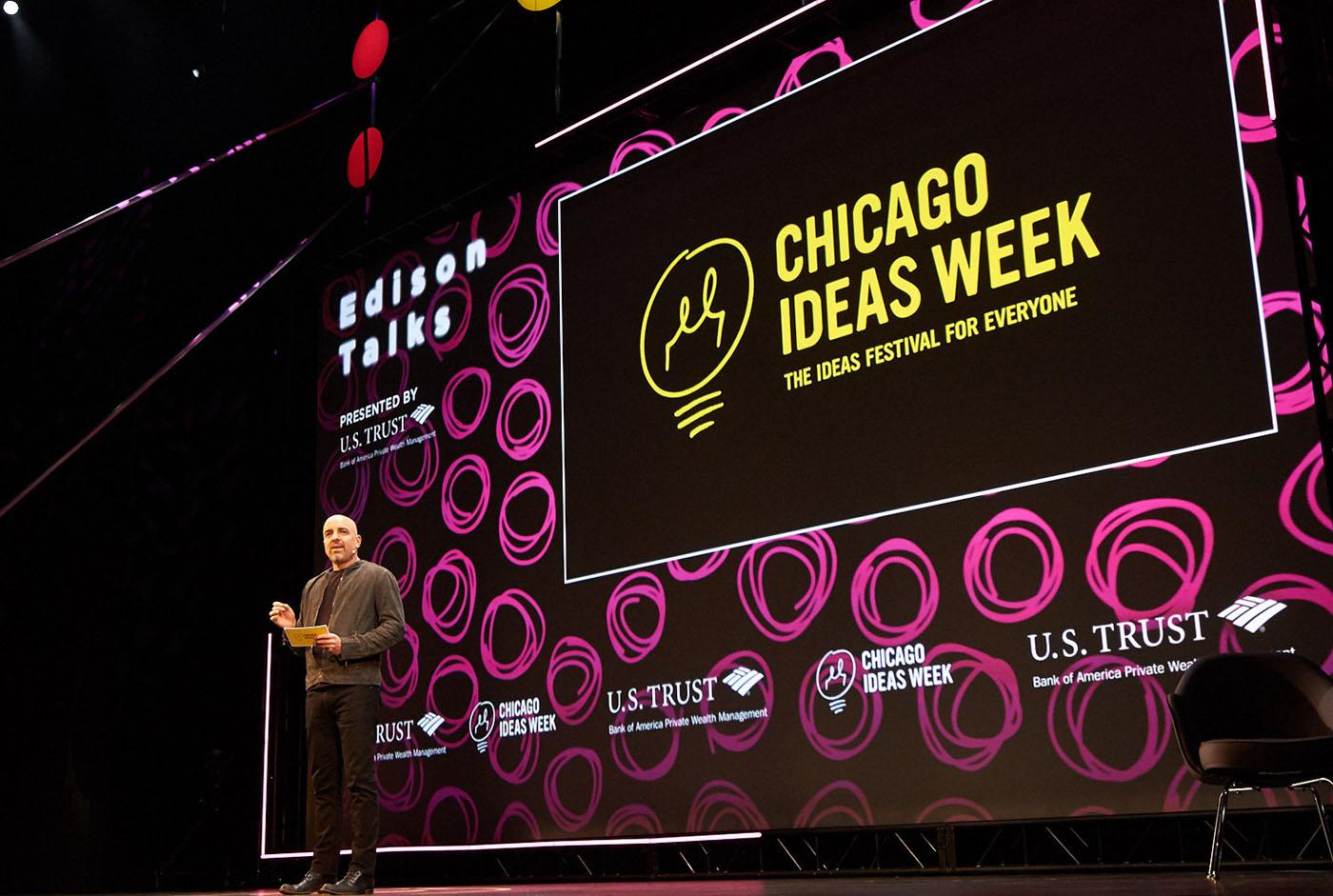 Can a city work like a startup? Is China the new world superpower? What happens when we live to 100? How would the world look without capitalism as we know it? These are some of the questions posed during Chicago Ideas Week, which runs from October 16 through October 22. “It’s about people hearing new things, learning about new solutions. Maybe an idea will be sparked from something that they hear and then maybe they’ll share that with somebody,” says Gabrielle Zuckerman, the Director of Programming for Chicago Ideas.

To generate those sparks, Chicago Ideas presents thinkers, entrepreneurs, comedians, journalists, and other speakers in a series of discussions and TED-style talks at three venues downtown – the Harris Theater for Music and Dance, Venue SIX10, and Morningstar – as well as various interactive “labs” at locations throughout the city.

“Talks” feature several speakers separately addressing a central theme in direct speeches or in conversation with a moderator, as in A World With(Out) (October 17), where Whole Foods CEO John Mackey and former Dallas police chief David O. Brown, among others, speak about visions for a better world. “Conversations” are hour-long panels followed by fifteen minutes of questions from the audience, as in The Fight for a Black Middle Class (October 18), which is moderated by WBEZ’s Natalie Moore.

“We try to weave local speakers throughout programming, or take a national issue and frame it locally,” Zuckerman says, citing the example of Moore, who grew up in Chicago and wrote an acclaimed book about the city, The South Side: A Portrait of Chicago and American Segregation. Localizing topics also lets Chicago Ideas address specific audiences around the city, Zuckerman says. “For each event we have new audiences; that’s the beauty of it. You have this ability to reach out and do something that is meaningful and relevant to a particular audience in the city.” 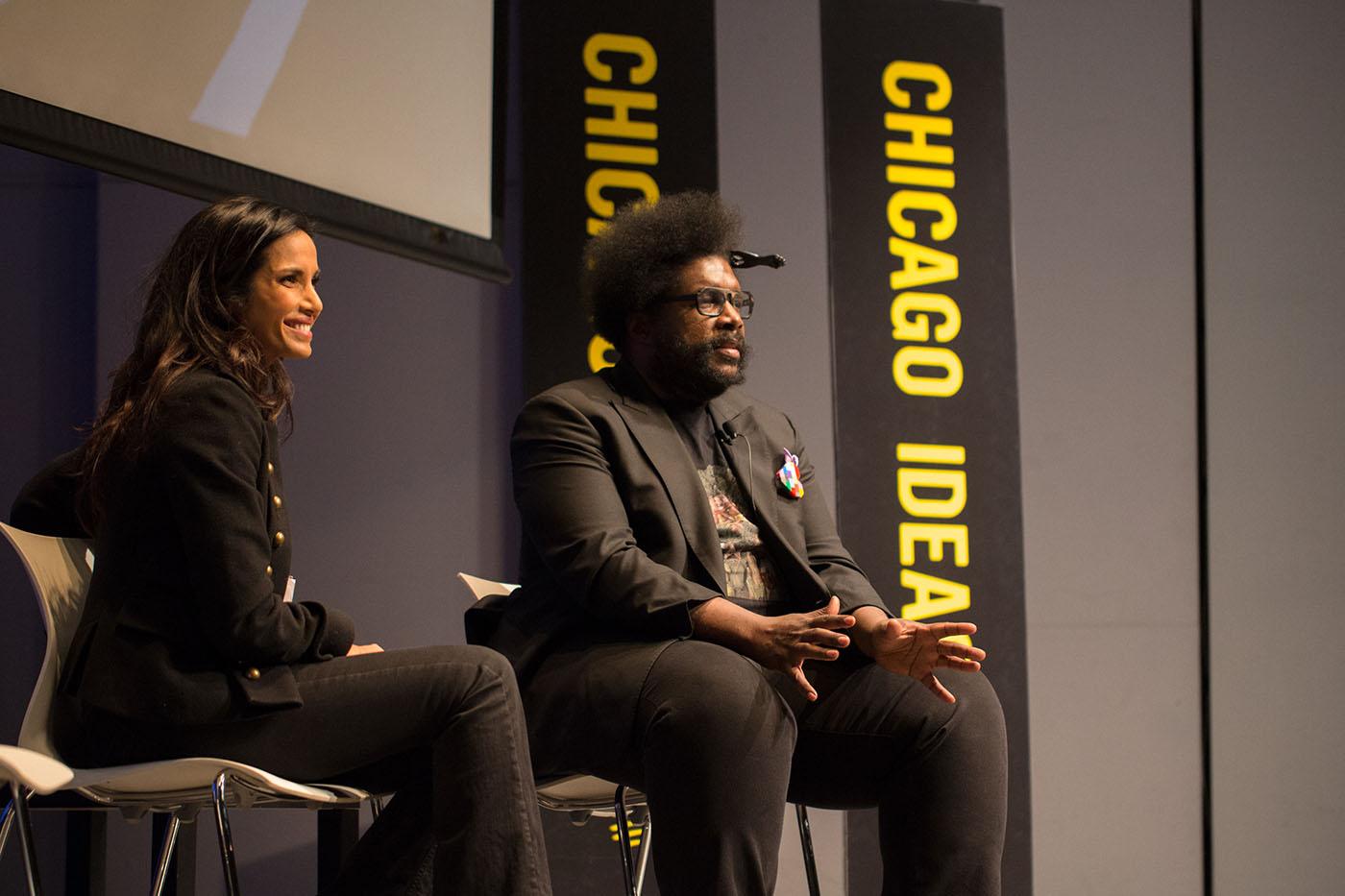 In order to reach such a broad array of people, Chicago Ideas Week is “theme-agnostic.” “The premise is to be able to be flexible and all-encompassing so that we have the ability, in a year like this year, where there’s so much to talk about, to address all of those things in different ways,” says Zuckerman. “We want to help people process all the tumult in this country by positing questions, giving them ideas, and getting them thinking.”

The speakers aren’t necessarily meant to offer solutions then, but rather inspire innovative thinking. To that end, Chicago Ideas focuses on presenting “voices that are leading the way in where this country is headed, and make sure those voices are not the go-to voices, but rather ones that don’t always have a seat at the table – women, minorities, LGBTQ people – and giving them a platform.”

Take A Seat at the Table: Finding Equal Footing Through Storytelling (October 19), in which Uber’s Chief Brand Officer, the editor-in-chief of Teen Vogue, the Pulitzer Prize-winning Washington Post fashion critic Robin Givhan, and the Emmy-winning writer and actress Lena Waithe – all women of color – talk about how they have created their own narratives to become successful. “These are such human stories that appeal to everybody,” says Zuckerman.

But the talk that may prove most topical – Zuckerman referenced it several times in conversation – is The State of Our Union (October 16), in which David Milliband, head of the International Rescue Committee, is joined by local activist Elizabeth Dozier and others to address the provocative question “What does it mean to be American today?”

“The State of Our Union signals what the entire week is about: that having these conversations is key,” Zuckerman says. “It’s a reflection of what’s going on in the country, with all of the insecurities and questions, whether they’re about our government, how someone is going to earn a living, who we are as a nation, or the divide in the country.”